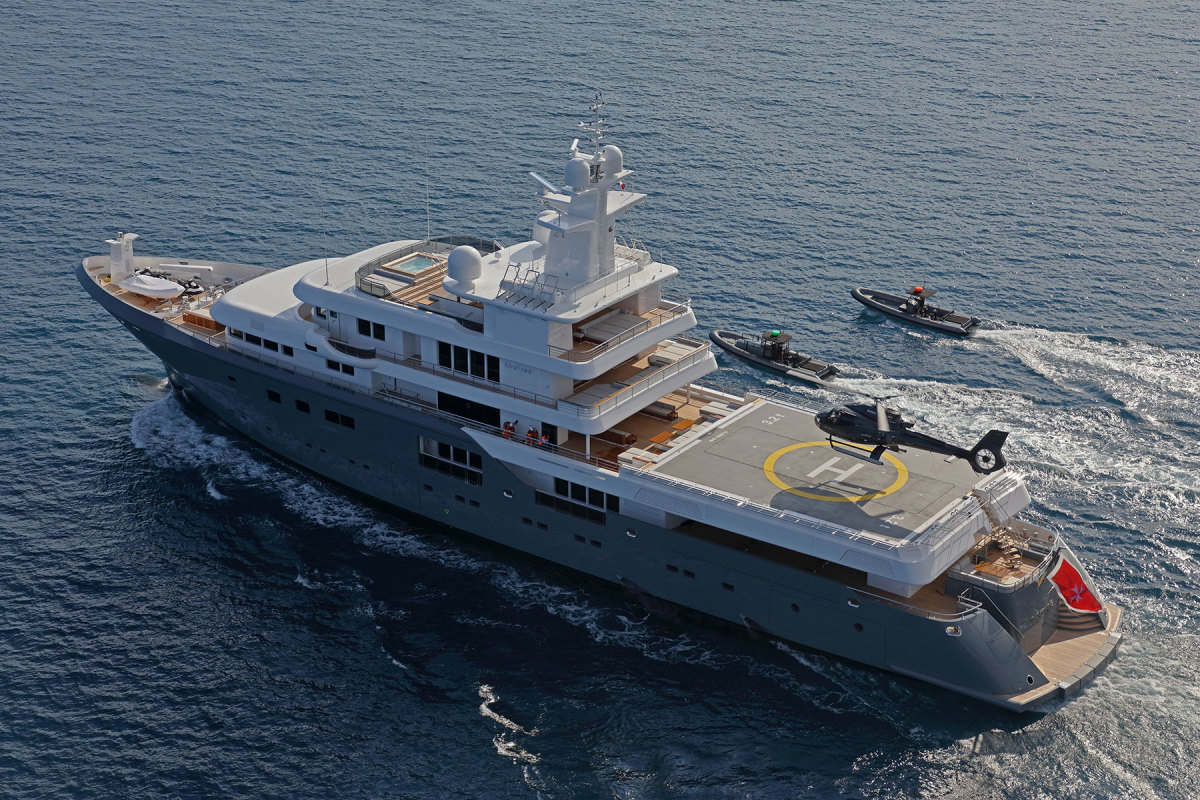 “Tenet”, released in Italy by Warner Bros Pictures on August 26th was filmed in seven different countries. In Italy the main filming took place on the motor yacht Planet Nine in the picturesque Amalfi Coast which, for production needs, replicated the coasts of Vietnam.

With her six decks, the reinforced steel grey hull and the helicopter platform, Planet Nine was chosen because in line with the features of Andrei Sator, the antagonist of the film portrayed by Kenneth Branagh. The motoryacht is his palace, his refuge and gives an idea of how the character faces the world.

The main deck of Planet Nine, with an area of over 3, 229 square feet (300 square meters) divided into two distinct areas (towards the stern the main cabin and towards the bow the lounge area and a second cabin) is dedicated entirely to the Owner. Also on the main deck, with exclusive access from the upper deck, there is a real theater room equipped with a 119 inch maxi screen.

The upper deck is dedicated to guests with a large panoramic observatory lounge in the bow. On the lower deck there are 5 guest cabins and 1 cabin for the owner staff. There is also a direct access to a large beach club and spa with a large terrace overlooking the sea.

The yacht is equipped with two Rupert Marine 32ft double motorized tender placed in the aft area of the main deck in two dedicated tender bays.

Planet Nine also has a helipad designed to accommodate an “Agusta Grande” helicopter with a heli hangar and refueling station. There is also a cabin and an office for the helicopter on board, which is unique for a yacht of this size.