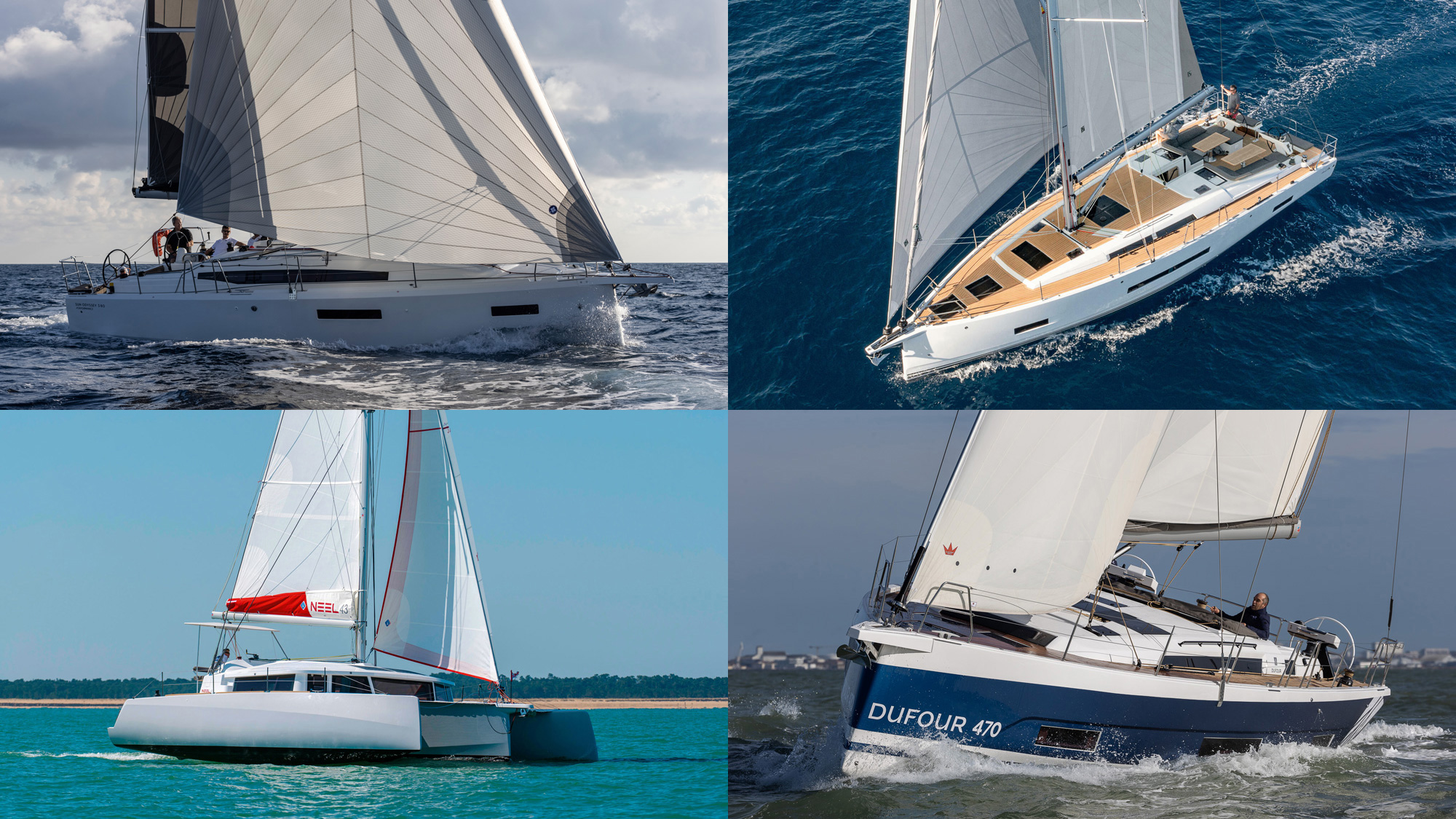 Without doubt, the European Yacht of the Year awards is the most thorough and impartial awards programme – the winners here are widely considered the best yachts of the year. As such the boats nominated by the jury in the family cruising yachts category can be considered the best in class for 2022.

The awards now include 12 jury members from across Europe, each leading voices on boat testing in their respective countries. It involves shortlisting the best annual prospects, typically into five separate categories.

All these shortlisted yachts are worthy of closer scrutiny by anyone in the market for a new mid-range yacht to suit easy cruising, whether as couples, or with friends or family. The space race continues to thrive but these designs prove you can have that volume without unnecessarily impacting performance or enjoyment on the helm.

In the case of the Oceanis 34.1, a key priority for Beneteau when replacing its 35.1 was to ensure better performance in lighter air. The yard managed to save 500kg over the old model, while increasing the sail area. It also employed a lightweight 3D bridle style jib sheeting system, like Jeanneau and also now offers a lift keel solution, as per the smaller Sun Odyssey range.

We sailed the First Line version, which has a square-top mainsail and FlatDeck furler and found it approachable and surprisingly reactive, particularly when reaching at 8 knots under gennaker. A tulip-style bow/hull shape means the wetted area remains narrow but there’s more beam for interior space above that, particularly in the forward sections. We saw the three cabin interior with symmetrical aft cabins, but think that the two cabin version would be a standout in this class for the space it offers.

The Sun Odyssey 380 also packs in plenty of features and smart thinking, with prize examples being the walkaround deck (still practical even at this size) and the option for a lift keel. The latter is something Jeanneau has enjoyed a monopoly on in recent years, while a benefit over the 410 is that this model can have beaching legs too. As per the Oceanis 34.1 a performance version is offered.

Both my colleague Rupert Holmes and I feel that the Neel 43 stands out as the most exciting yacht in this category. It has the ability to outperform competitors on the water, offers so much more space than its fellow nominees and yet can still nose into the shallows. We also appreciate the more sustainable materials Neel is increasingly employing.

Once again, the Neel has a much more engaging helming experience compared to production catamarans and it was enjoyable and easy to average 8 knots in 10-12 knots, going in both directions. However, we understand some will find the interior too Spartan, with its lack of lockers and just a single heads. Full report in Sept 21

The Dufour 470 gives the Hanse a good run for its money and could leave many torn between the two. Both yachts are single rudder designs that sail well and boast enormous volume, while the Dufour’s cockpit layout is arguably slightly more practical for sailing. In the end, the decision may just come down to aesthetics and interior layout preference.

Umberto Felci’s beamy hull still works in light winds but provides form stability when the breeze freshens. The test boat sported Elvstrom’s eXRP EKKO recycled polyester sails, for which we gave a special sustainability award and which we will feature in more detail in the next issue.

Hanse’s brave decision to change designers has seemingly paid off. The sporty looking 460 cleverly meets its brief of providing a voluminous hull that still performs. It boasts appealing exterior aesthetics and gives the feel of a larger yacht/model.

Following pitches from three naval architect firms, Hanse selected Berret Racoupeau’s interpretation, thus breaking from a long standing design partnership with Judel/Vrolijk.
Olivier Racoupeau joined me for my trial and explained how he kept the beamy hull narrow where it matters by using fore and aft chines. During our light wind trials, the 460 certainly proved engaging to helm, with really light and communicative steering through the single rudder. As well as the standard self-tacking jib, the test boat has a second forestay to take a 140% furling reaching genoa – like a lightweight genoa of yesteryear – which allowed us to match the 5-knot breeze at 80-90ºT.

The neat pedestals have the option of B&G instruments mounted on the outboard facing sides, ideal for the helmsman. Our main gripe was with how cramped the sailing section of the cockpit and the quarters feel. Obviously the lion’s share has been given to the benches/guest cockpit space, which feels enormous with its telescopic twin tables.

Choices are numerous, including a fixed bimini with solar panels and windscreen, an open transom or an electric bathing platform with steps, folding helm seats, wet bar/ grill and retractable davits.

Interior design is by Olivier’s wife Isabelle Racoupeau and is again versatile with up to 48 layout configurations, from an owner’s hull to a charter layout for 10 guests. In the former version, the berth is large enough in the forward cabin to warrant steps up each side.

The 460 has already met exceptional response. Hanse had sold over 150 before we sailed the first one, accruing a two and a half year lead time. 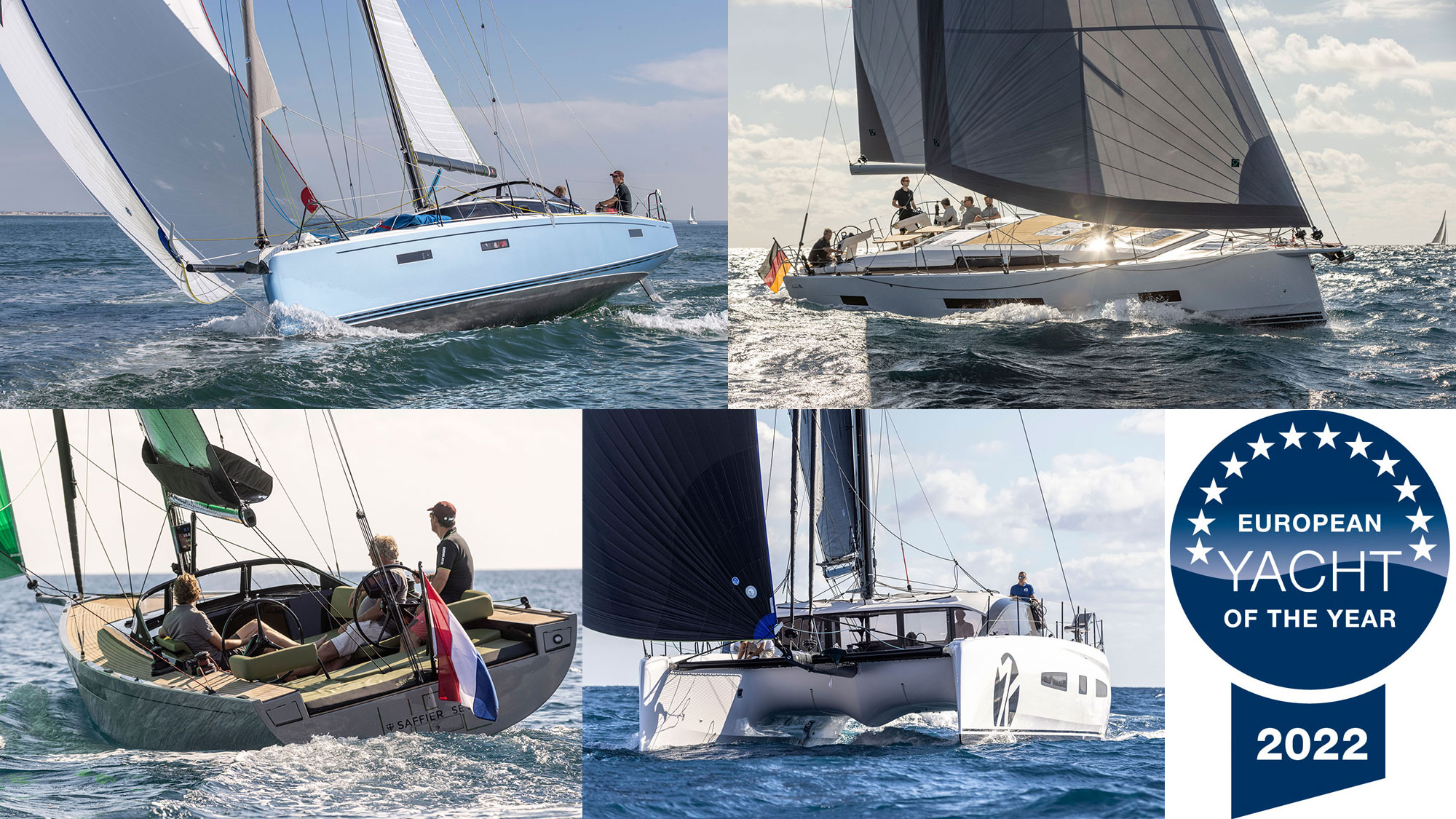 This is the 19th year of the European Yacht of the Year awards, which is without a doubt the most… 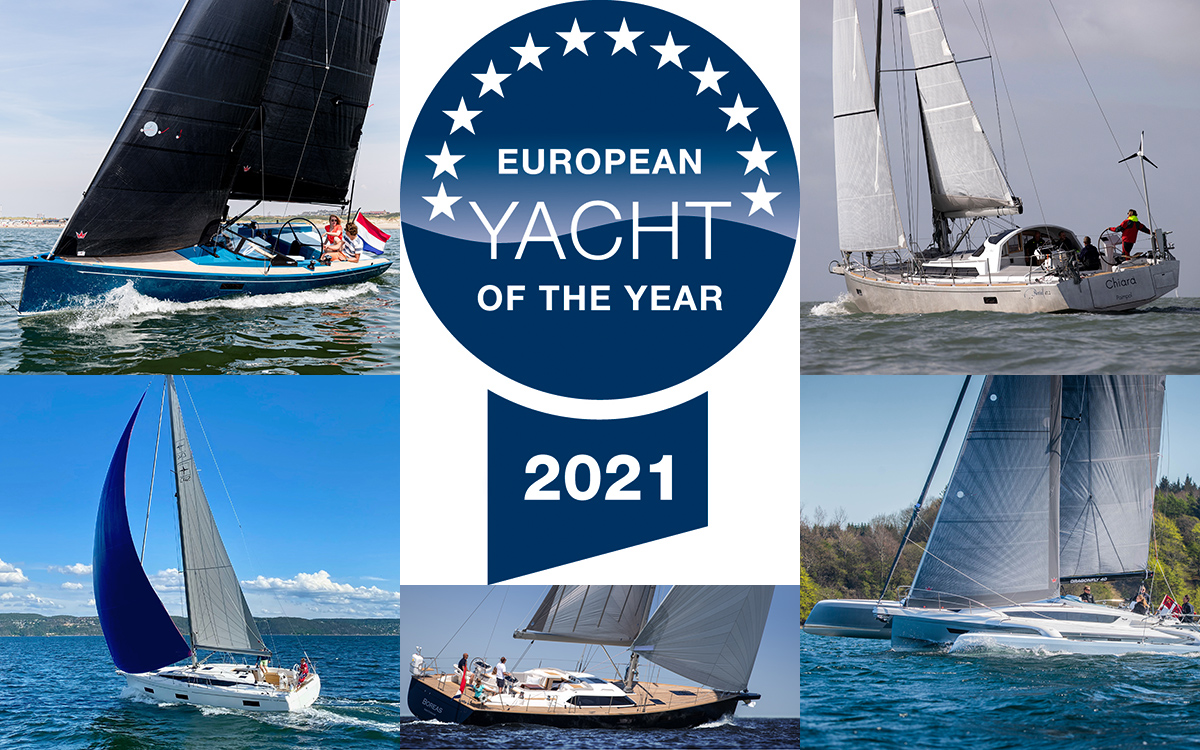 The European Yacht of the Year 2021 award winners are announced this morning, Friday 22 January. Yachting World has been…