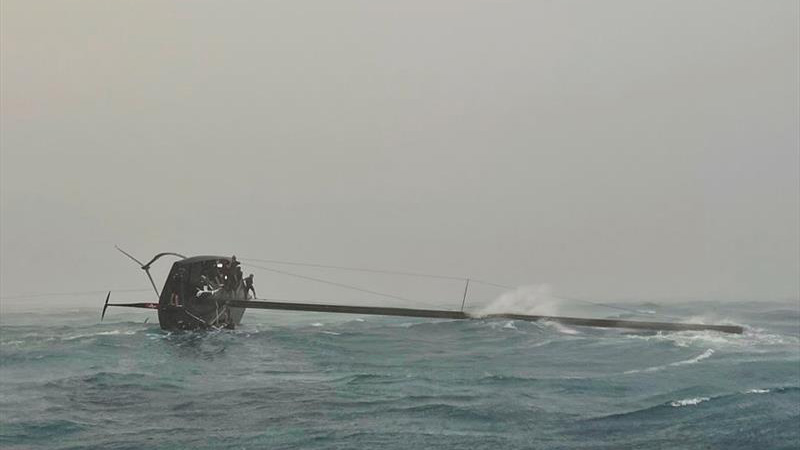 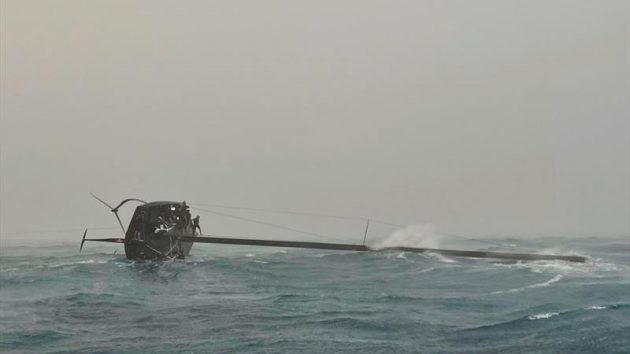 Having taken delivery of their first AC75 several weeks ago and officially launching the boat recently, the Alinghi Red Bull Racing Team, has suffered a capsize on their first training day in Barcelona.

The team is set to take part in the 37th America’s Cup in 2024 and, as a new entrant in this cycle (though Alinghi has previously won the AC, they have not been involved with the event for several America’s Cup cycles) the team are allowed to sail their secondhand AC75 for a number of days this year where other teams are not allowed on the water in their America’s Cup class boats. 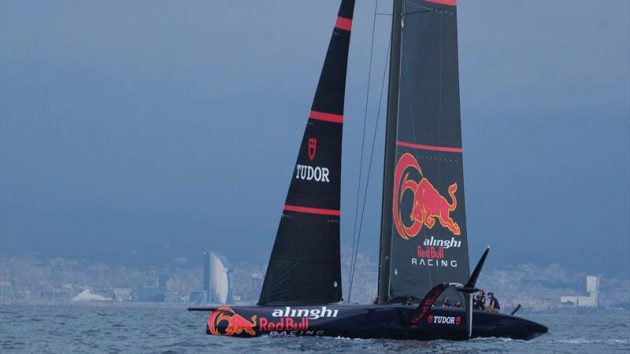 However, their first training day on the water came to a disastrous close as a squall knocked their boat over on the return to shore. On a post across their social media channels, the Alinghi Red Bull Racing team explained:

A tough day at the office.

After a successful day of sailing, Alinghi Red Bull Racing’s BoatZero was hit by the violent rain squall, which developed over the city of Barcelona on Wednesday afternoon. While towing back with sails down, the boat bounced into the wind and was pushed on to her side.

Some of the crew members were knocked overboard but were promptly recovered by the support team. Everyone returned safe and sound to the team base.

The cliche in America’s Cup racing is that the one thing you can’t buy is time, so these training days are seen as a particular key in terms of catching up with the development and information teams in the last America’s Cup were able to secure racing and training in their AC75s.

This damage will mean a break from training while the team makes repairs. However, it seems the damage should not be too significant and nothing like the significant damage American Magic saw in the 2021 America’s Cup when they spectacularly capsized their Patriot AC75 forcing them to rush a repair, but ultimately seeing them exit the competition despite a valiant effort to get back racing.