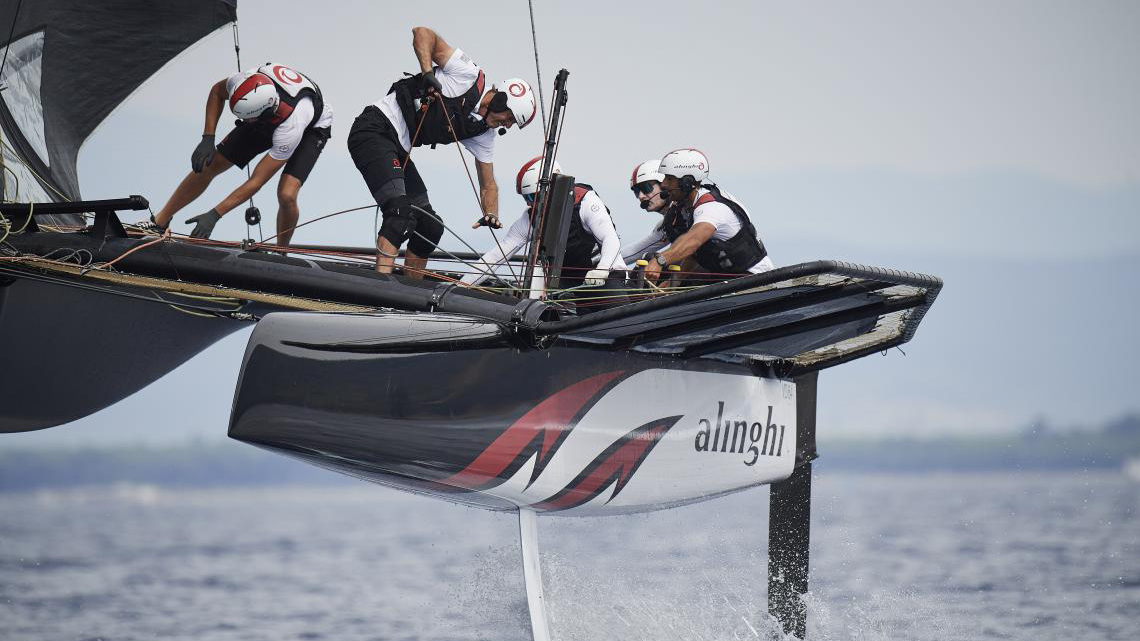 The Swiss-flagged America’s Cup team, Alinghi Red Bull Racing has named the key members of their sailing squad as they gear up for the 37th America’s Cup

America’s Cup team Alinghi Red Bull Racing has named the key members of their sailing team as the Swiss-flagged squad prepares their challenge for the 37th America’s Cup, which will take place in Barcelona, Spain in 2024.

The Ernesto Bertarelli-backed Alinghi racing team officially announced that they would be entering the 37th America’s Cup in December 2021, after months of speculation. Their entry marks a return of the two-time America’s Cup-winning Alinghi team after over a decade out of the competition.

At the same time Alinghi also announced that they would be teaming up with F1 team, Red Bull Racing, forming the America’s Cup team Alinghi Red Bull Racing. This partnership follows Challenger of Record for the 37th America’s Cup, INEOS Britannia pairing up with the Mercedes F1 team – a clear signal of how hyper-technologically advanced this new period of America’s Cup sailing is in the complex foiling monohull, AC75 class.

Ahead of their official entry announcement, there had been speculation as to which club Alinghi would represent, as the America’s Cup 100 % nationality rule confirmed in the Protocol for the 37th America’s Cup requires all sailors to be passport holders of the nation they represent, thus limiting the ability to buy overseas talent into the land-locked country.

However, in that initial statement of entry, it was confirmed that they will once again represent the Société Nautique de Genève, requiring all the team to be Swiss, and the team’s AC75 to be built in Switzerland. 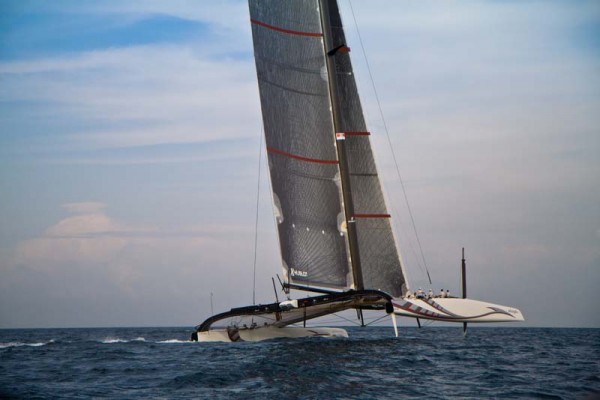 The last time Alinghi were in an America’s Cup competition was the 2010 Deed of Gift match when their huge catamaran was defeated by Oracle Team USA’s wing-sailed trimaran. Photo: Jose Delgado / Alinghi

Now, after many months of waiting, the team has revealed their key lineup of sailors who will be tasked with getting to grips with the AC75 foiling monohull in their bid to win the most sought after trophy in sailing.

The team includes a number of sailors who are, whilst not exactly household names, familiar to those with an interest in high performance racing. However, many of the crew will also be unfamiliar to Cup fans.

This Alinghi team is one based on building home grown, emerging talent – a very different proposition to the 2003 campaign when Alinghi famously poached many of Team New Zealand’s talented sailors.

Heading up the group – and likely to be responsible for helming the team’s AC75 in one way or another (teams may follow the route taken by Luna Rossa Prada Pirelli in the 36th America’s Cup and have dual port tack and starboard tack helmsmen) is Arnaud Psarofaghis. Psarofaghis is a very experienced foiling sailor who has competed in everything from foiling Moths to SailGP and the foiling GC32 circuit – and has previously been involved with French America’s Cup project, Groupama Team France.

The team is nominally divided into two categories, the ‘driving group’ and ‘power group’. This split reflects the dual needs of a sailing team in the modern Cup era, as the possibility of cyclors (as developed by Emirates Team New Zealand for their 2017 America’s Cup win) may return for this Cup competition.

The ‘driving group’ will be responsible for roles like helm, tactics, flight control, sail trim etc. while the ‘power group’ will be generating the power needed to trim foils and sails either on cyclor-style or traditional pedestal winch grinding stations. 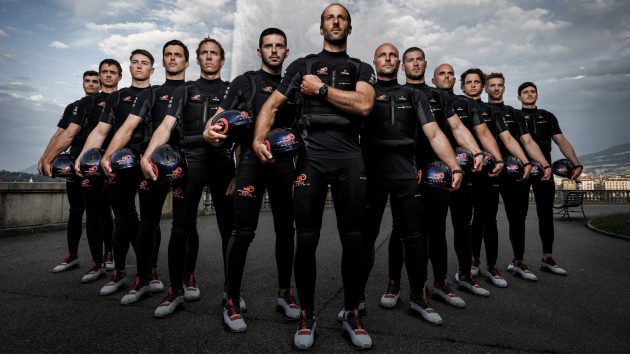 These are crew members who Psarofaghis – who’s been at the heart of the project and heavily involved in recruitment – knows well. “Going on this adventure with friends I’ve known since childhood and people I’ve been working with for over 20 years is very exciting,” the 33-year-old said. “Even if I haven’t necessarily sailed with them, this bond is a great advantage.

“We understand each other, which will make communication so much easier. And that’s vital, because on board, good communication is key. And off the boat too: we know when one of us is going through a rough patch, how to talk with them, and when… The only thing that counts is performance, and it’s with this in mind that the teams will be put together.”

“It wasn’t an easy choice, we’re lucky to have excellent potential in Switzerland,” head coach Nils Frei explained. He’s the one who conducted the recruitment jointly with Pierre-Yves Jorand, co-general manager in charge of sports operations. The first sailors who were chosen contributed to the decision-making. “Character, attitude and development potential are as important as skill,” Jorand adds.

The team does acknowledge the limited Cup experience of the group in their announcement, stating that:

However talented they are, these sailors have had no experience in the America’s Cup yet. A high-level training schedule has therefore been put in place on the water with renowned coaches and internationally recognised designers.

Reflecting the physical needs of a sailing team in the modern America’s Cup it is a very youthful team, with the youngest member being 22 year old Nicolas Rolaz – who won the junior class Optimist World Championship as recently as 2014.

Since coming out of the Cup competition, following their defeat to Oracle USA in the 2010 Deed of Gift match, the Alinghi team has since been competing at Swiss lake events, including the T35 circuit.

Bertarelli points out the team has been sailing in fast and foiling boats, with a young Swiss team so does not consider their relative lack of Cup experience to be an issue. “We expected the [100% nationality] rule, and we’re ready,” he says as the team gears up to challenge for another America’s Cup cycle.