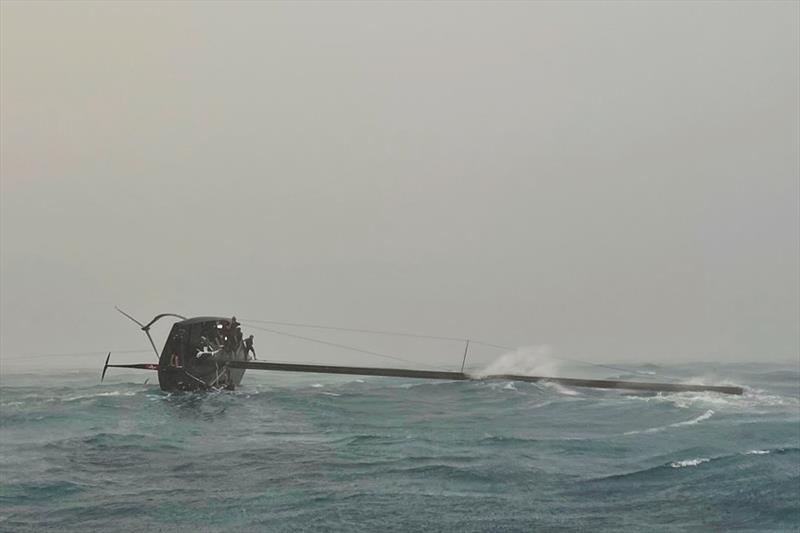 The America’s Cup team Alinghi Red Bull Racing has capsized its AC75 Boat Zero during testing, on its first sail in Barcelona.

Alinghi Red Bull Racing, which is a challenger for the 37th America’s Cup in 2024, was under tow with sails down after a successful day of sailing, when it hit by a sudden ‘weather bomb’ that developed over Barcelona on Wednesday afternoon. 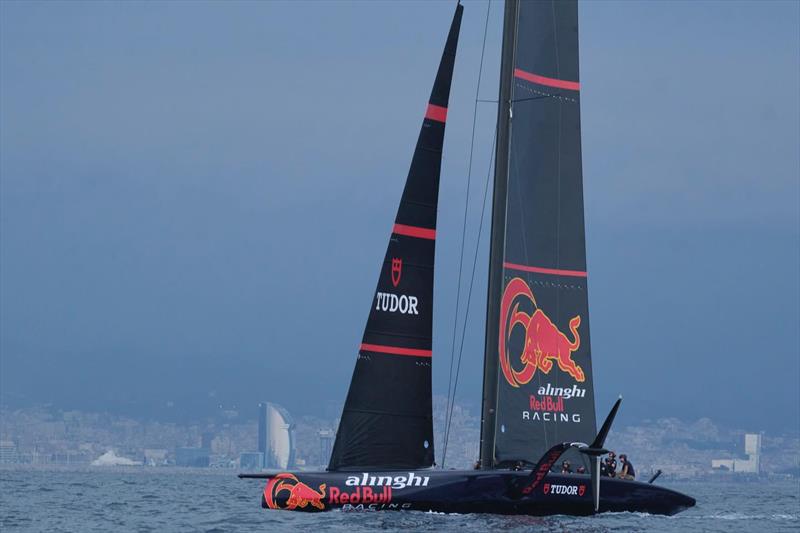 The sudden patch of squall caused the boat to bounce while under tow, and some crew members were knocked overboard as the boat was pushed onto its side. All crew members who ended up in the ocean were successfully recovered by the support team.

Alinghi founder Ernesto Bertarelli and two-time Olympic champion Hans Peter Steinacher announced the launch of the new Alinghi Red Bull Racing in December 2021. Boat Zero was the first AC75 to sail at the the 37th America’s Cup venue, and first entered the water in Barcelona on 8 August.

Reports from Sail-World indicate wind recordings from a nearby land-based station show a relatively light breeze changing rapidly in direction, and increasing to an average of 25 knots. Gusts well into the mid-30’s were likely, and this was accompanied by driving rain. These readings could have been higher in the sailing area.