For some, the biggest thrills of being at sea are not on the surface, but beneath the waves. Scuba divers have known this for decades, but were always limited to short durations and depths of 30 to 40 metres – the mere beginning of the underwater world.

The advent of submersible technology – mini submarines operating at depths of 100 metres and below, offering terrific views and total comfort – is changing the way owners can interact with seascapes and deep sea creatures.

Triton Submarines has emerged as one of the leaders of the field, developing submersibles capable of reaching the bottom of the Marianas Trench, the deepest place on Earth. In 2018, Triton partnered with explorer Victor Vescovo on the Five Deeps Expedition, descending to the deepest underwater trenches in the major oceans.

Triton founder and CEO L. Bruce Jones talked to Asia-Pacific Boating about the underwater adventure business, and the thrills of dropping down into darkness.

Race to the bottom: clients are requesting ever larger submersibles

Can you describe how and why you decided to get into the submarine business? What attracted you to such work, and why did you stick with it?

I grew up in Manila, Hong Kong and Singapore, where my parents ran a heavy marine construction company. I learned to dive when I was eight and I fell in love with the marine environment and the idea of underwater exploration with a submarine. At boarding school, I wrote letters to Jacques Cousteau, hoping to join his crew as a volunteer. It took a few years, but I managed to live my dream by being self-employed in the submarine business, first as a consultant and later as a builder.

What was it that inspired you to found Triton? What made you think there was a market for submersibles?

We had been trying to sell small subs

into the yacht market for several years. Initially, we were unsuccessful, but finally, at U.S. Submarines, Inc., we sold two Triton 1000/2s. It was then that we decided to start a company that would concentrate on small, luxurious, deep-diving subs and at that point, Triton Submarines was born.

Can you describe that first submersible that Triton built? Who or what was the intended customer?

The first Triton was the Triton 1000/2. It would carry a pilot and passenger and allow them to dive to 300 metres in air-conditioned comfort. It was meant for recreational exploration and it started the “subs on yachts” phenomenon.

What were the main challenges to building and establishing a submersible company like Triton?

Finding customers was the principal difficulty in the early days. We also had issues with our acrylic hull suppliers. Thankfully, it’s all good now.

A Triton submersible on the surface in Antarctic waters

On the website, you list main clients as superyacht owners, adventurers, researchers and filmmakers, and the cruise and tourism industry. Prior to the onset of Covid-19, which of these client types was most important in terms of revenue?

Superyacht owners by a wide margin. The owners become heroes with their family and friends for providing an experience that you just can’t find anywhere else.

What are the kinds of demands (in terms of performance and technical specifications) that you get from superyacht owners these days? What type of submersible do superyachts tend to want?

Owner’s requirements differ depending on circumstances. In the early days, small two to three-passenger subs were in demand, but as the yachts get bigger and can handle more weight, we are getting requests for six, seven and nine-passenger subs. We are also building a line of commercial tourist subs that will carry up to 66 passengers. We have just delivered a 24-passenger submersible to a tour operator in Vietnam. 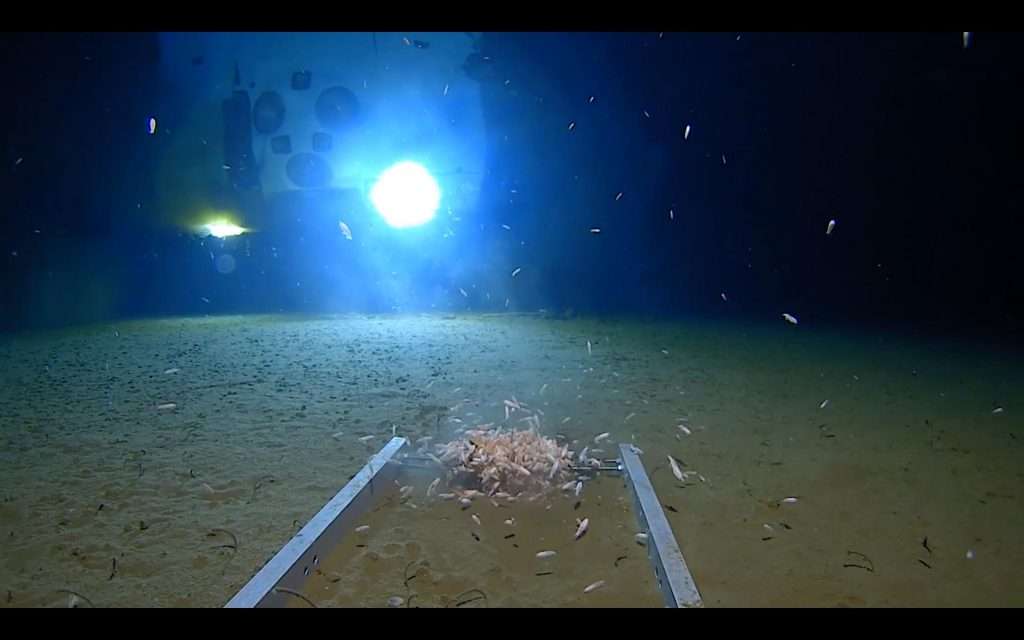 The midnight zone where life exists in total darkness: ‘It is a long way down’

Triton has built submersibles that now go to the very bottom of the deepest parts of the ocean. What are the new technological hurdles that Triton is working on? What do you foresee for future Triton submersibles?

Designing and building an 11,000-metre capable sub was a huge effort for us. Our Triton 36,000/2 is the deepest diving submersible in human history and the first deep-diving sub to be certified by a classification society.

Now, we are set on building deep-diving subs with completely transparent passenger compartments.

You’ve done several dives in the Marianas Trench to the deepest places. What was it like? How did it feel to touch bottom at Challenger Deep? What surprised you about your first journeys to such depths?

It is a long way down. Basically, it’s 11 kilometres and the journey down

takes about 2.5 hours. For us, it’s an interesting experience, but it is a huge technical achievement to be able to build a vehicle that will sustain human life in the cold, dark hadal ocean, where the pressure on the passenger cabin is equivalent to 292 fully loaded and fueled 747s, stacked vertically.

What does a Full Ocean Depth submersible cost?

US$32.8 million for the sub alone. The Hadal Exploration System, which includes the sub, the DSSV Pressure Drop, landers and simulation training equipment, is US$48 million.

Triton conducts pilot training  for its submersibles; are there superyacht owners who are now doing this themselves? Yes, there are yacht owners who have been trained as pilots.

Are peoples’ attitudes shifting towards ocean conservation, now that such views of the underwater environment are so readily available?

They most certainly are. It just depends upon their level of commitment.

How did the partnership with Victor Vescovo come about?

Vescovo had climbed the Seven Summits, which are the tallest peaks on each of the seven continents, and he wanted to be the first to dive the deepest trench in each of the five oceans. He had heard Triton had the technology and he approached us to build the sub.

Triton has increasingly been involved in scientific expeditions; what has been the impact of series like Blue Planet on customers’ desire to explore the underwater environment?

When a sub is seen in shows like Blue Planet, it lets people know that successful exploration is possible. Because Triton Submarines is the clear industry leader, we get a lot of inquiries. Some follow through and become sub owners.