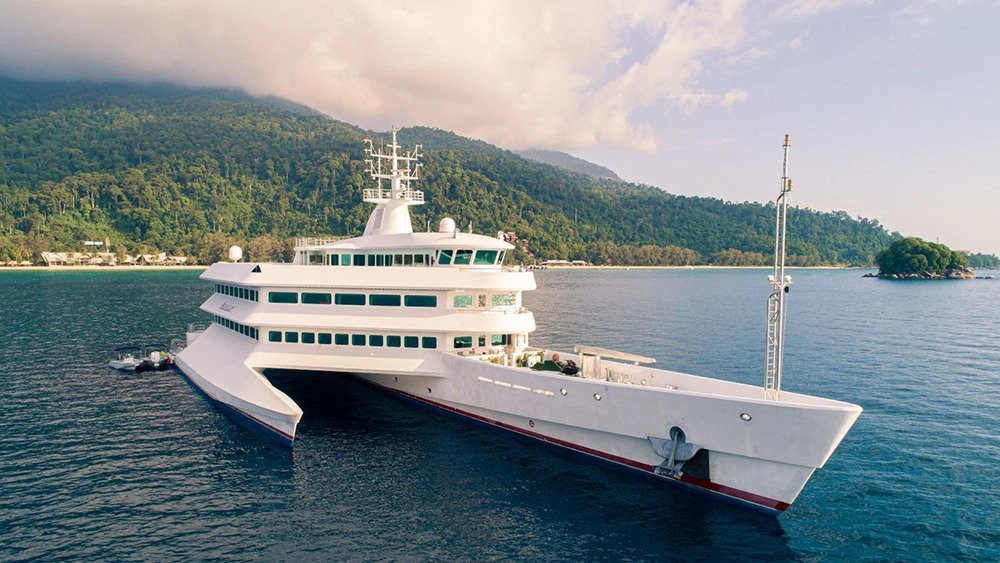 Asean Lady, the unique 88-metre superyacht, has had a US$3m price drop, and is now asking US$27m.

The unusual asymmetric multihull has bene listed for sale with the Raffles Yacht Group since last year. The yacht, built for Brian Chang in 2004, features a proa design that is unlike any other superyacht and which is famed for its fuel efficiency. Asean Lady has a range of 10,000 nautical miles at her cruising speed of 12 knots. Built entirely in steel with a slender main hull, she has a top speed of 15 knots. 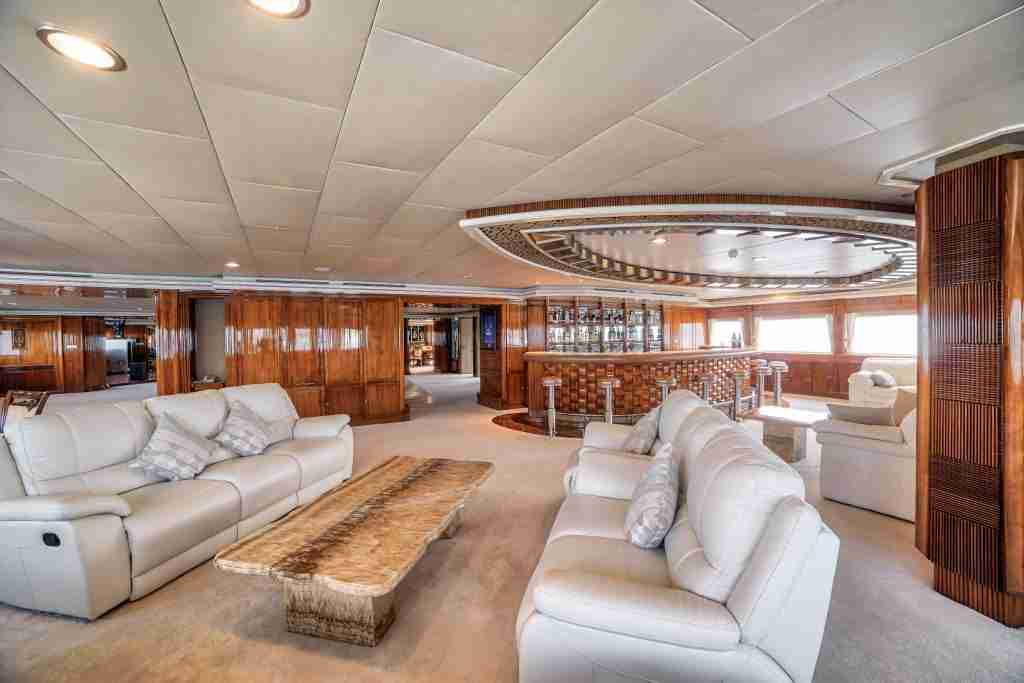 Long before power catamarans were even considered as a superyacht design, Asean Lady’s proa design, which features an outrigger hull connected to the main hull, allows for extraordinary onboard space and stability, as well as fuel efficiency. Asean Lady managed to survive the devastating tsunami that hit Phuket in 2004.

The proa design derives inspiration from the outrigger canoes used by the people of the South Pacific, who used outriggers to cover enormous distances at sea. Asean Lady is powered by a single, 2000hp engine for improved fuel efficiency with a Counter Rotating Propeller (CRP) Azimuth Drive. She also has a 600hp retractable propeller that can power the boat at 7 knots.

For potential owners wanting a lot of volume with efficient running, Asean Lady is a compelling option. 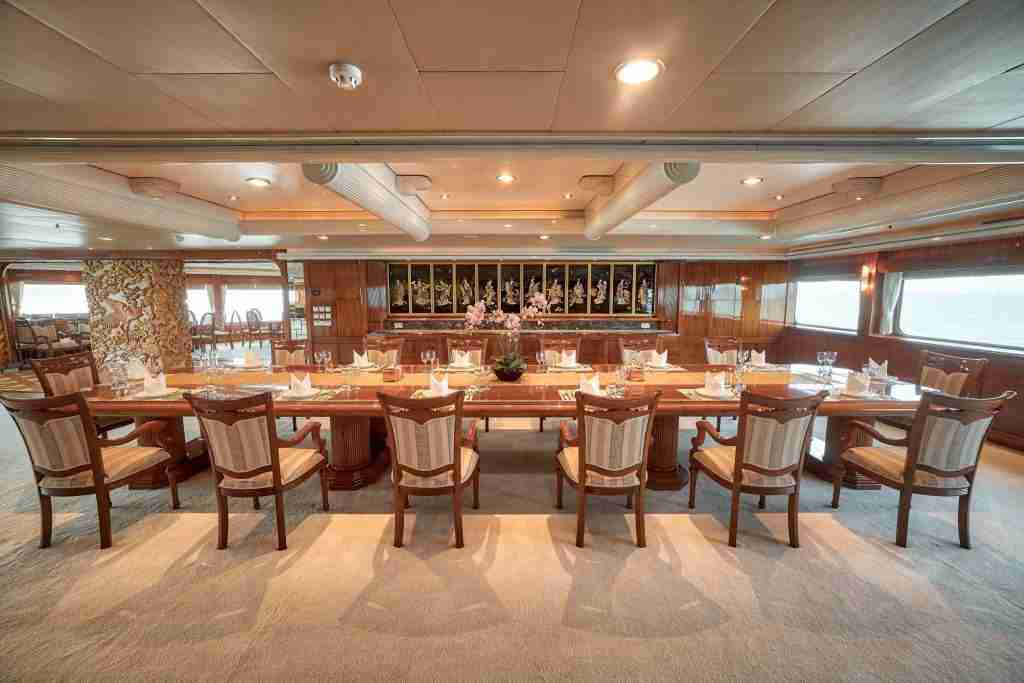 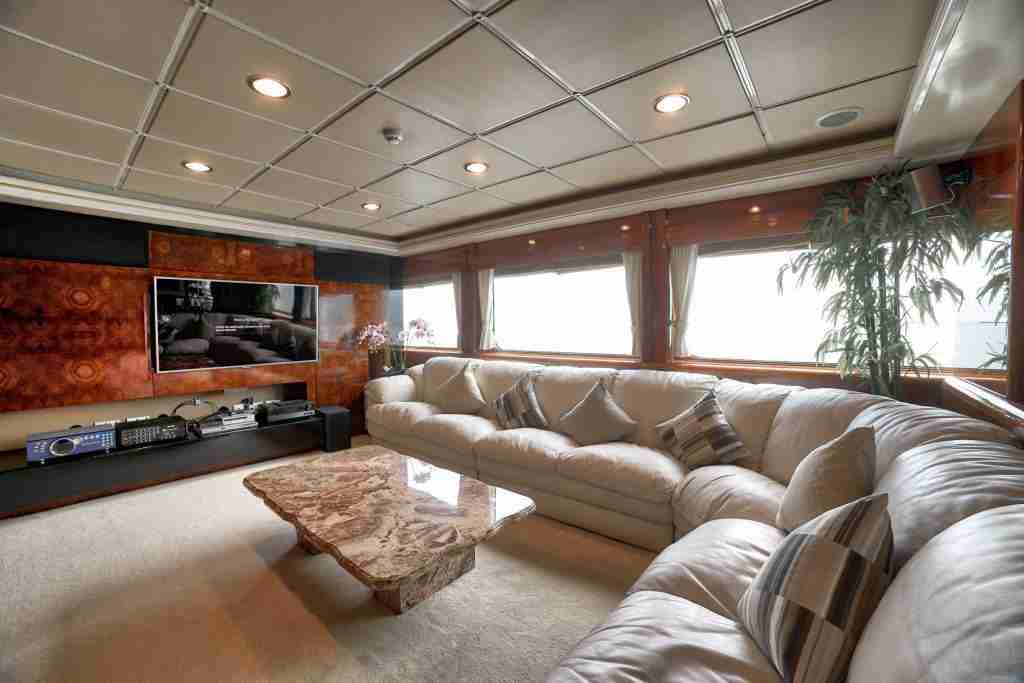 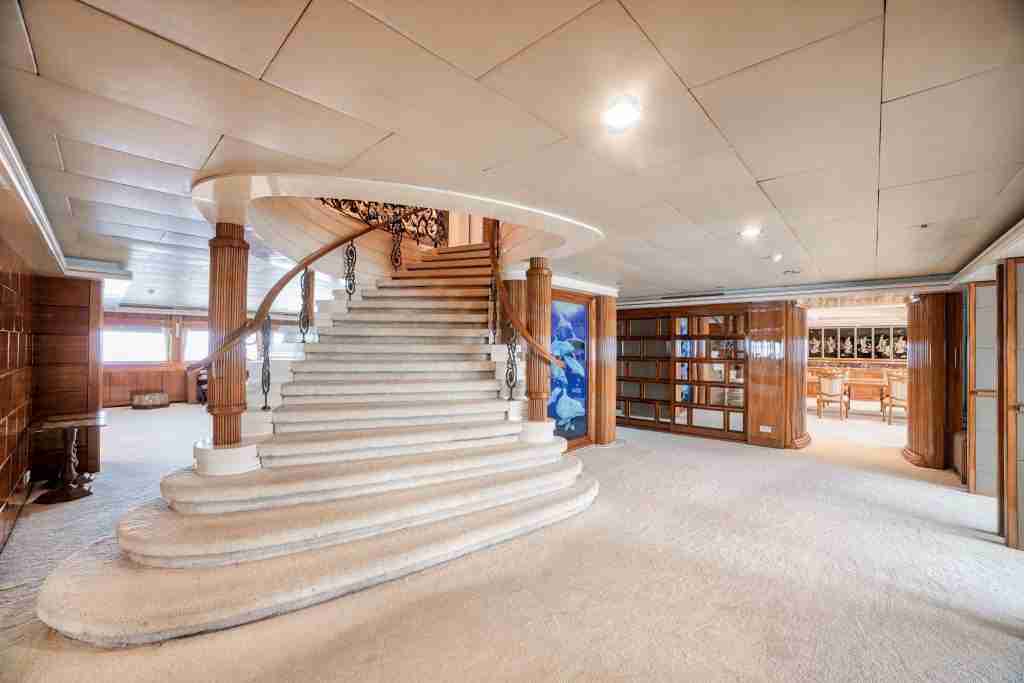 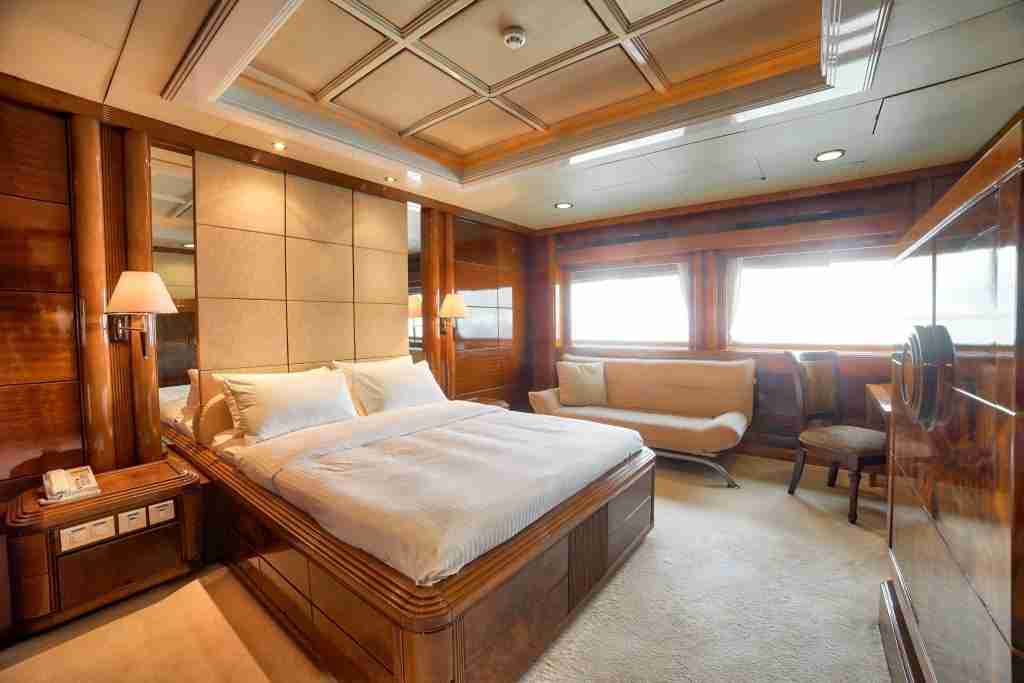 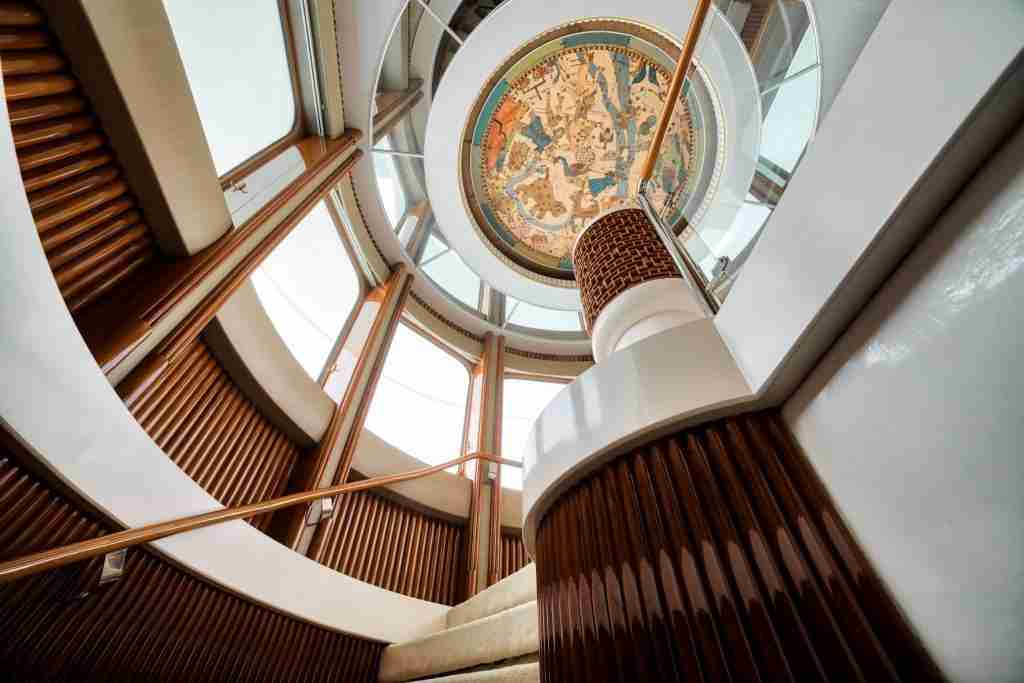 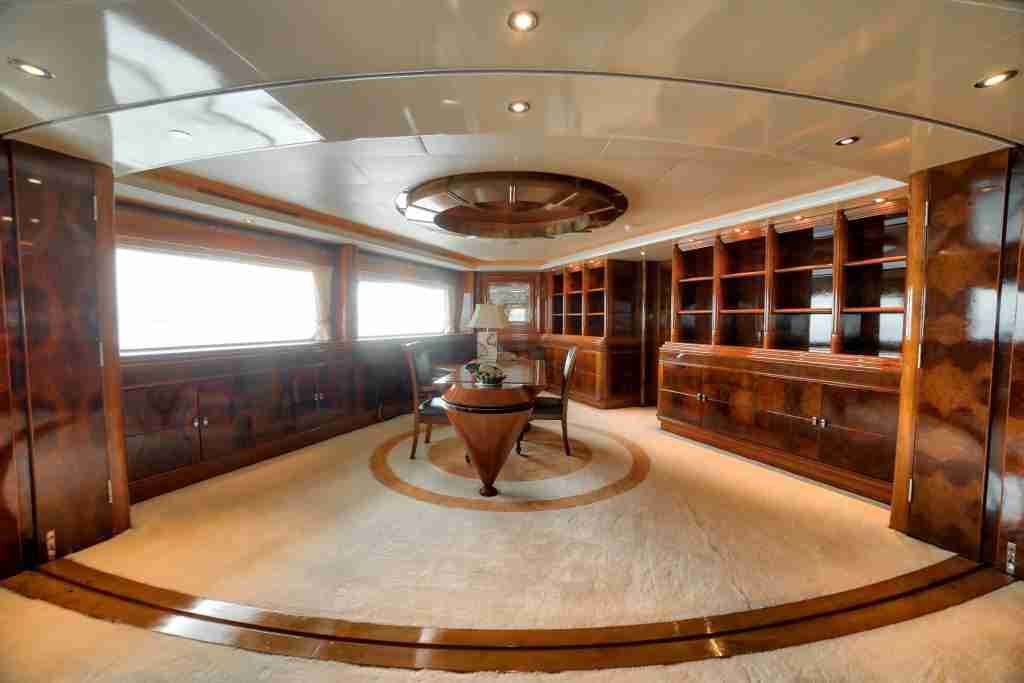 Asean Lady was built for private use, but she has enormous potential for charter or personal use. In addition to the large onboard areas for dining and relaxing, she has huge, commercial standard kitchens and storage. There is space for up to 18 guests in 8 staterooms (kids’ rooms have parents’ rooms adjoining). There is also space for an enormous crew contingent. 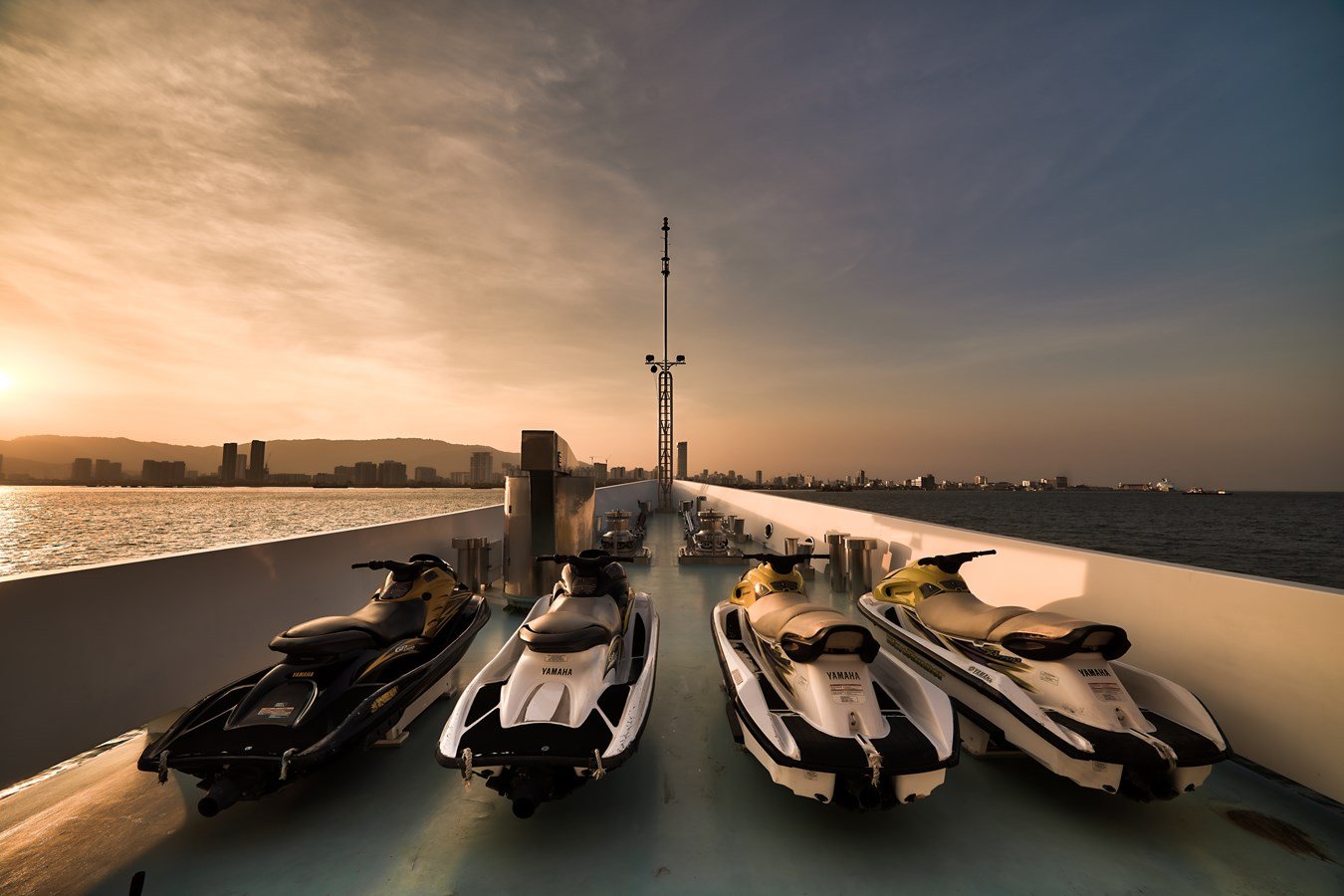 Jet skis stored at the bow