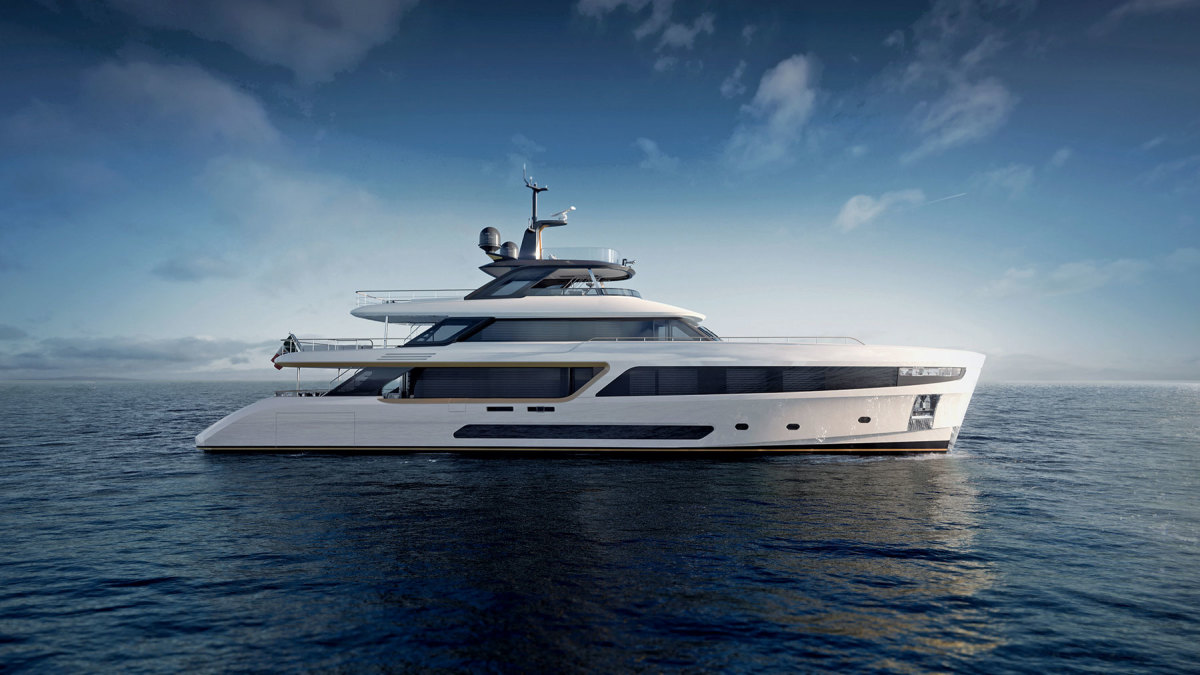 With a nod to the 1960s, the Motopanfilo 37M evokes a timeless style with exterior design by Francesco Struglia, and a contemporary interior by Claudio Lazzarini and Carl Pickering from Lazzarini Pickering Architetti. Motopanfilo is an Italian word that was used in the early Sixties to denote the large motoryachts that very quickly became synonymous with glamour and the jetset lifestyle, and much-coveted objects of desire among socialites, royalty and prominent personalities from the worlds of business and entertainment. Benetti was one of the first shipyards to produce these yachts, launching much-loved models such as the Delfino, the Gabbiano, the Mediterraneo. Clients ranged from traditional royalty such as Prince Rainier of Monaco to pop royalty, with David Bowie, according to Janine Allis’s biography “The Secrets of my Success”, to have hosted a myriad of famous guests on board his Benetti, including Mick Jagger, Robin Williams and Michael Caine.

The most fundamental difference from the yachts in Benetti’s past to the new 21st century Motopanfilo is the exterior volume. Francesco Struglia revisited the original midship construction elements that linked the hull and superstructure and has combined them in a single visually harmonious feature. The exterior silhouette, with its clean-cut lines, boasts austere, elegant and tapering forms, with the boat appearing almost like a beautifully-crafted protective shell that envelops and cossets all those within it.

In the interior, in the saloon, where the wooden walls of yesteryear have been almost completely replaced by enormous panes of glass, the tradition of wood and its enduring links with the sea have not been overlooked, but instead of the usual mahogany tones, it is used in a warm, light oat colour on both floors and the gently curved ceilings, heightening the sense of airiness and lightness throughout. Additional nods to seafaring themes can be seen in the touches of white and blue wood, introduced in elegant new hues.

Below deck, the theme of respecting the innate character of each environment can be seen in the choice to not straighten the cabin walls, instead allowing them to follow the gentle, relaxing curve of the hull, while the ubiquitous rib structure is here produced in an inversion of colours and materials. From the lobby a spiral staircase winds its way around a central column that rises through two decks like a spinal cord as it accompanies guests to the sky lounge on the upper deck.

The owner’s suite is located in the bow of the main deck while the four comfortable guest cabins, all able to accommodate double beds, are situated on the lower deck where, upon request, a small sauna can be installed.

The displacement hull can reach a maximum speed of 16 to 18 knots, depending on the motor capacity selected. 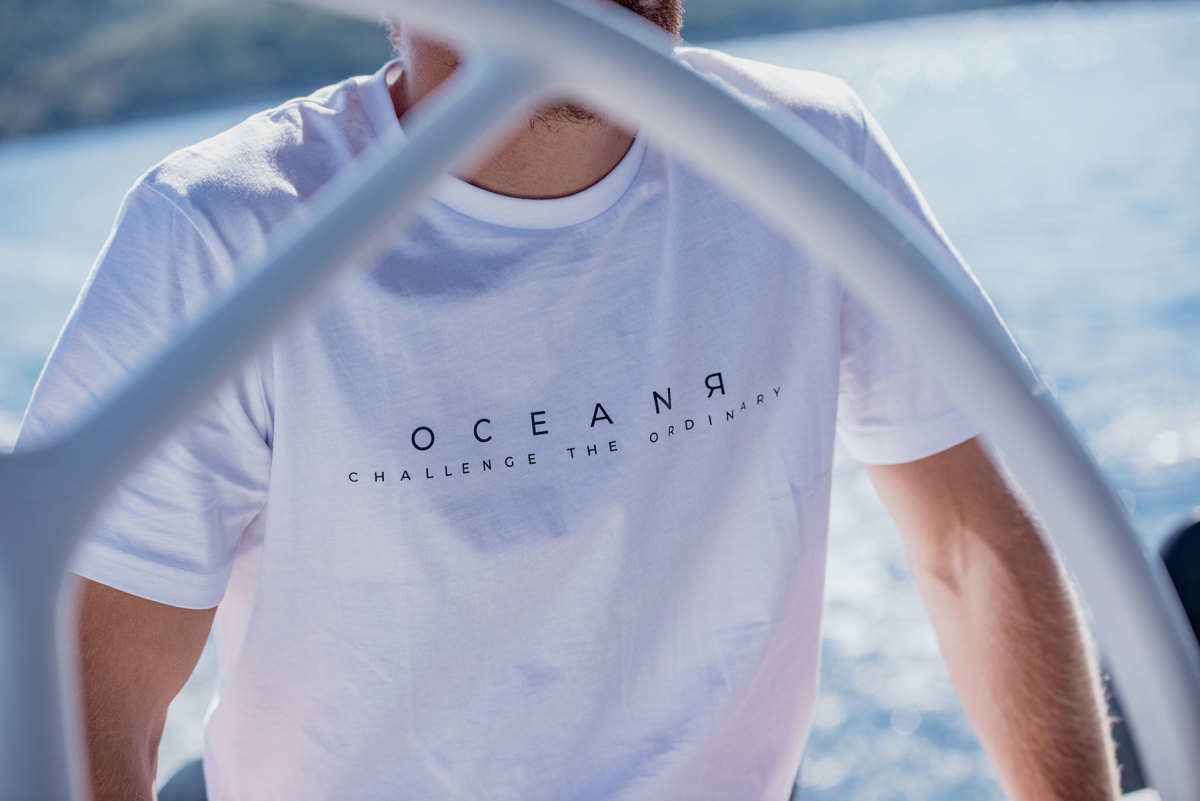 OCEANR: The eco-friendly clothing company that removes 2.2 lbs /1kg of ocean waste with every purchase