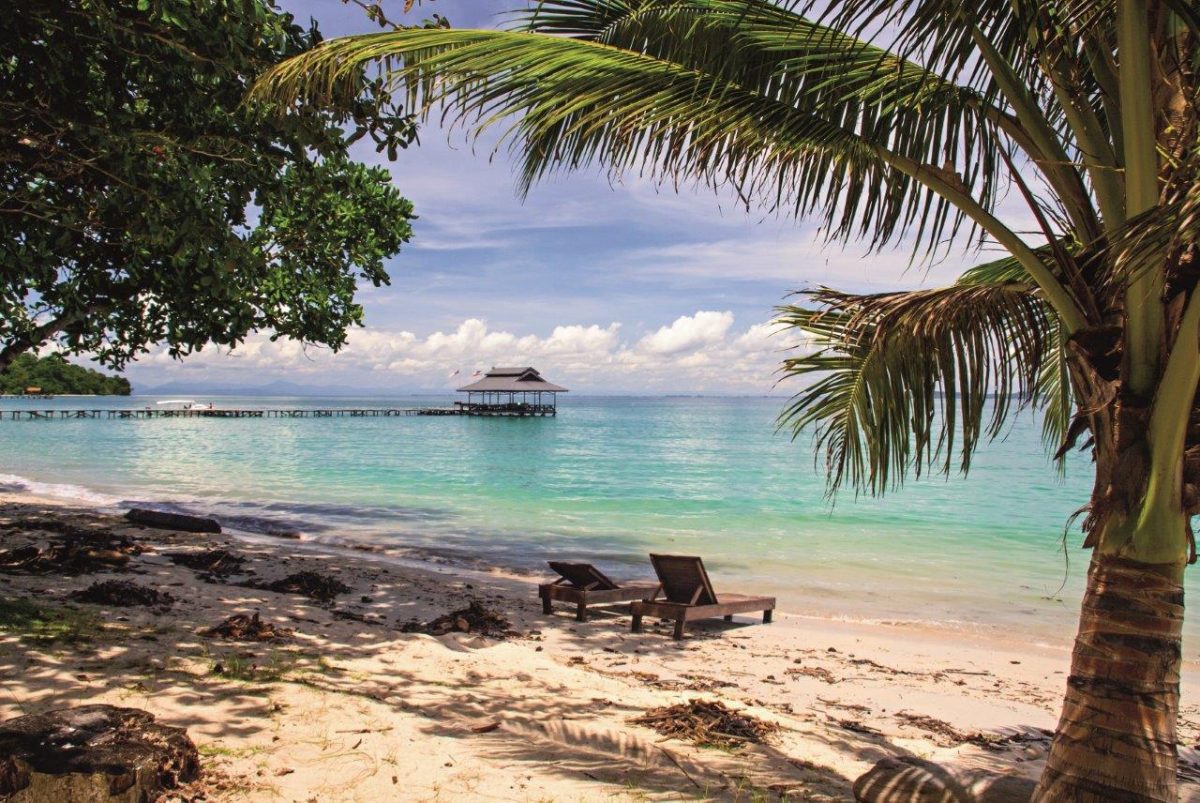 The west coast of Peninsular Malaysia is a well-travelled and documented cruising destination for superyachts. But more adventurous yacht owners can find accessible, yet relatively unexplored, destinations by travelling across the far east of Malaysia to the large island of Borneo. The island’s richly biodiverse terrain is divided between Malaysian Sabah and Sarawak states, Indonesia’s Kalimantan, and also the small nation of Brunei.

Yacht owners can now plan discovery and cruising voyages across this unique terrain as Malaysia started welcoming back international travellers in May, after nearly two full years of Covid-related closures. Fully vaccinated adults and children aged 12 and under no longer need to have a negative lateral flow test 48 hours before departure, and tests on arrival are no longer required. 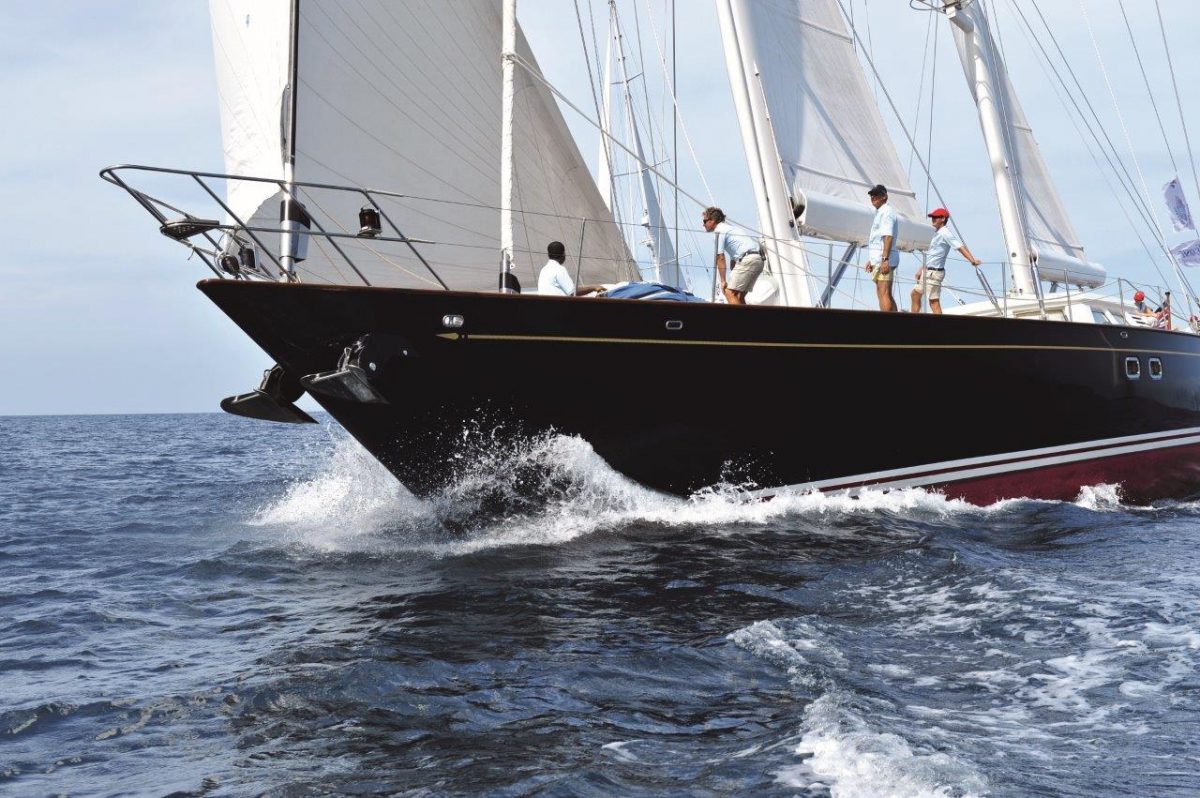 Needless to say, Borneo’s bustling tourism industry, having been on hold for so long, is ready to explode.

At 748,168 square kilometres, Borneo is the third-largest island in the world and is full of other-worldly features. Parts of the island are still relatively untouched because, outside of Sabah, the island doesn’t have many marinas equipped for superyachts. But incredible rewards await those willing to venture further, particularly on smaller sailing vessels. 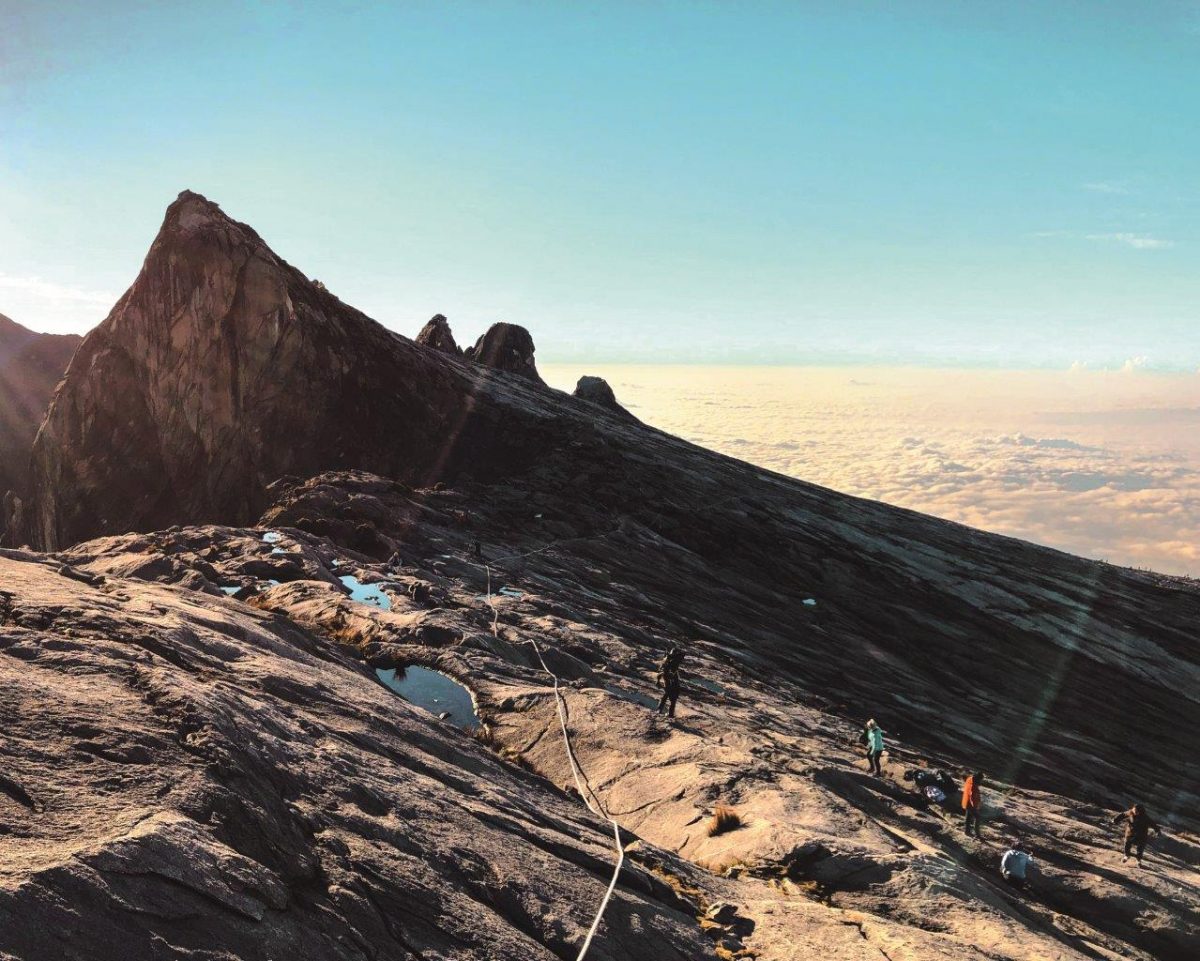 One such willing explorer is Captain Charlie Dwyer, co-founder of Asia Pacific Superyachts, who captained the 36m sailing superyacht Yanneke Too for 15 years. US-born Dwyer has embarked on several discovery voyages of the island and is very familiar with Borneo’s ‘wild side’.

“A welcome beacon for arriving yachts, captains can clear into Kota Kinabalu [KK] to berth at the Sutera Harbour Marina and enjoy its marina, yacht club and fine dining,” Dwyer says. “Close by is the award-winning 18-hole championship golf course and other recreational facilities. Sutera Harbour Marina at KK is one of the safest places to leave the boat unattended when ready to take a trip along a river, enjoy a visit to Mari Mari Cultural Village or trek up Mount Kinabalu.” 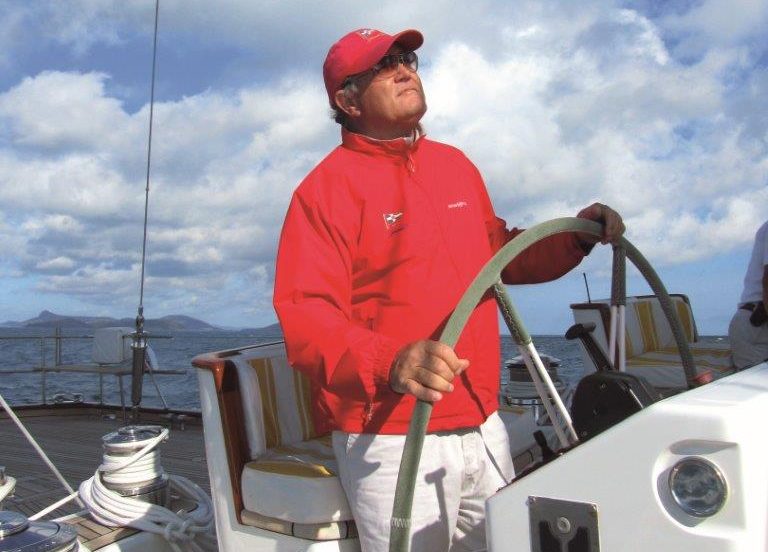 Mount Kinabalu has been described as the most climber-friendly high mountain in the world, and boasts the highest peak south of the Himalayas at 4,095m. It is surrounded by 130-million-year-old rainforest, making it 70 million years older than the Amazon and the oldest rainforest in the world.

Further south along the coast of Sarawak is the relatively new Miri Marina, which offers unique and safe accommodation for yachts of up to 35m. Its modern facilities, security and prime location make Miri an excellent sailing hub and an ideal base for anyone looking to explore the nearby Mulu, Niah and Lambir Falls National Parks.

A story of adventure

Dwyer, who first began his sailing adventures as a child at his local yacht club in Newport, Rhode Island, USA, recalled his latest adventure into the wild depths of Borneo, which began in Brunei.

“I remember going up the river and docking alongside the Brunei Yacht Club and then visiting the Royal Palace Istana Nurul Iman,” he says. “From there, we sailed 160nm to Pulau Tiga, the first Survivor island of the famed TV series. Pulau Tiger Park is located north of Kuala Penyu, opposite the swampy Kilas Peninsula. We arranged for a helicopter to come and set up a full beach barbecue in advance of our arrival. It was a beautiful sight when we arrived just after sunset as the tiki torches were being lit on the beach, where we enjoyed the spiny lobsters.” 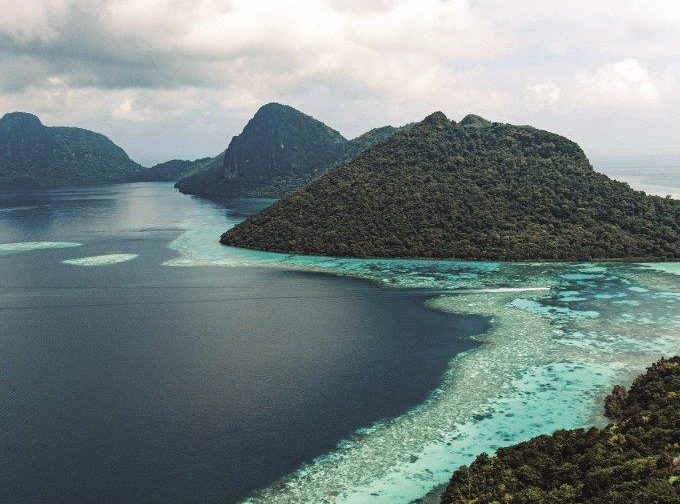 From ‘Survivor Island’, Dwyer and his crew sailed to nearby Kota Kinabalu. They anchored off the Tunku Abdul Rahman Marine Park, which spreads over 4,929 hectares and comprises the islands of Gaya, Manukan, Mamutik, Sapi and Sulug, located between Kota Kinabalu and Sabah. Geologically, the park is part of the famed Crocker Mountain Range, formed before the ice age. Dwyer, his guests, and the crew all enjoyed the mixture of gorgeous hiking, mountain-climbing and snorkelling the park had to offer.

From here, the crew chartered another helicopter to take the guests across to Sepilok Orangutan Rehabilitation Centre, located about 25 kilometres west of Sandakan. The centre opened in 1964 as the first official orangutan rehabilitation project for rescued orphaned baby orangutans from logging sites, plantations, illegal hunting or being kept as pets. 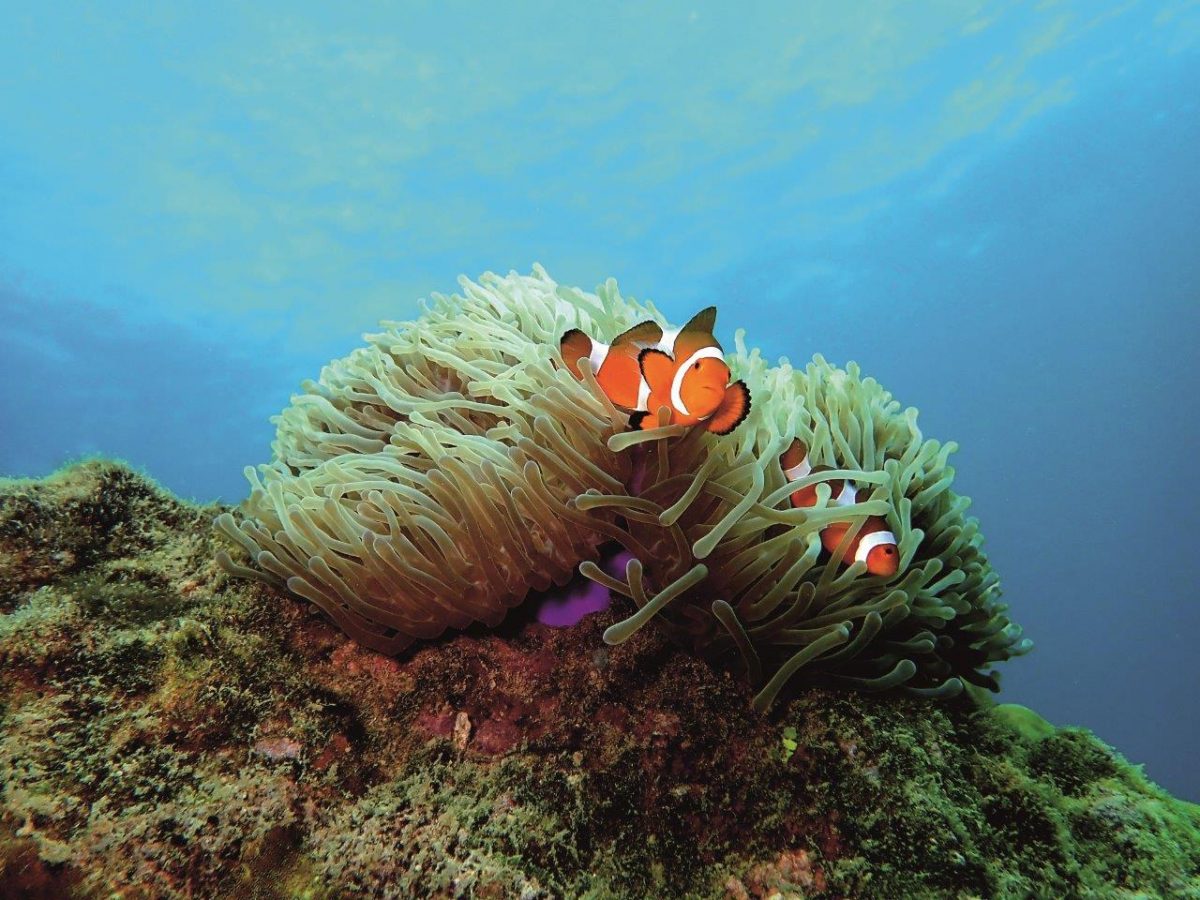 Closeup shot of the western clownfish or anemonefish during a leisure dive in Tunku Abdul Rahman Park. Photo: Josephine Julian/Shutterstock

“We acquired special permission for the guests to visit and bottle-feed the baby orangutans. This was a rare and special invitation extended by the head of the orangutan sanctuary to the Yanneke Too owner, to observe first-hand and help feed and play with the orangutan babies. It was a special privilege and unforgettable experience; a real highlight of the journey,” Dwyer says.

While the guests enjoyed their time with the curious primates, Dwyer and the crew relocated the Yanneke Too to the tip of Borneo to the Maliau Basin, also known as Sabah’s ‘lost world’, which has a unique assemblage of 12 forest types. “We arranged for yet another helicopter to set up a picnic in Maliau Basin with the highlight of the adventure, a trek to the majestic seven-tiered Maliau Falls. The earlier helicopter brought in tables and chairs and set up a once-in-a-lifetime white linen picnic near the waterfalls, featuring a smorgasbord of wine and cheese, all prepped in advance for the guests’ arrival,” he says. 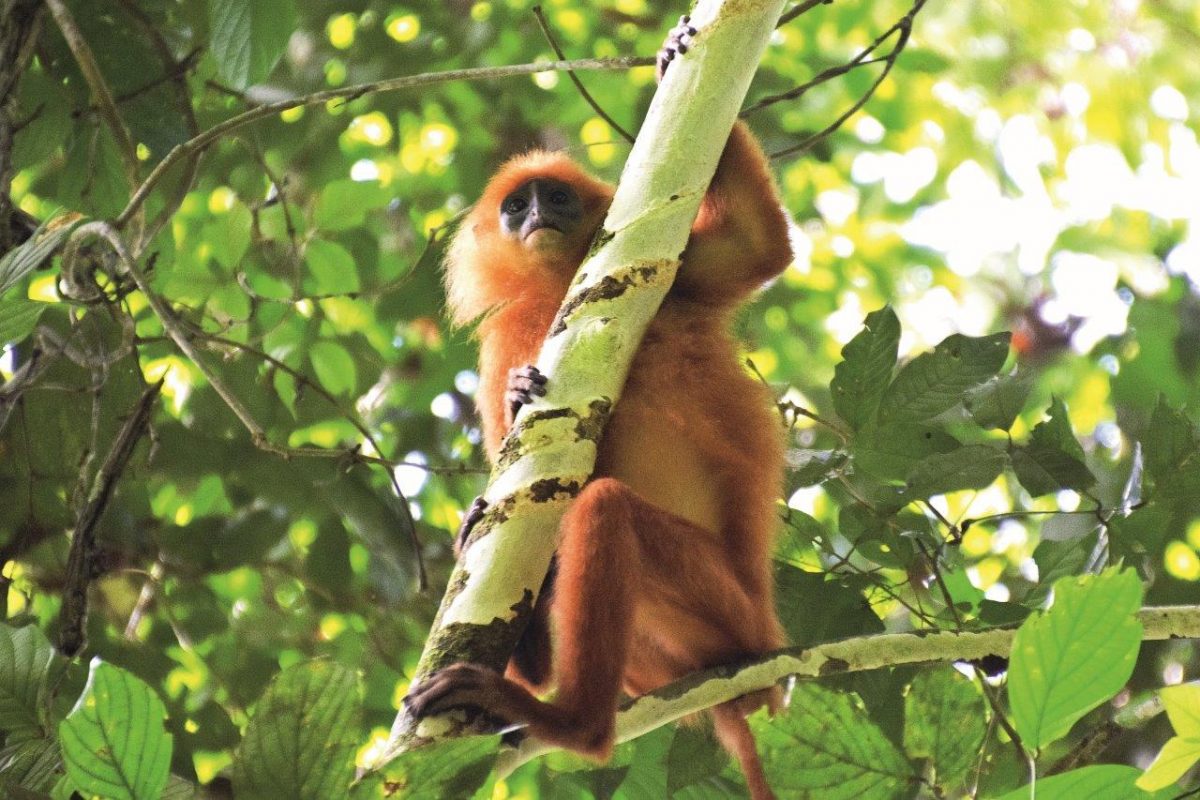 However, the captain finished his story on a more sombre note, urging potential Borneo visitors to make the journey while they still have the chance. According to Dwyer, Borneo’s verdant jungles and island rainforests – the oldest and most revered in the world – and the endangered and exotic wildlife, pristine oceans, islands and beaches are slowly being lost to industrialisation. 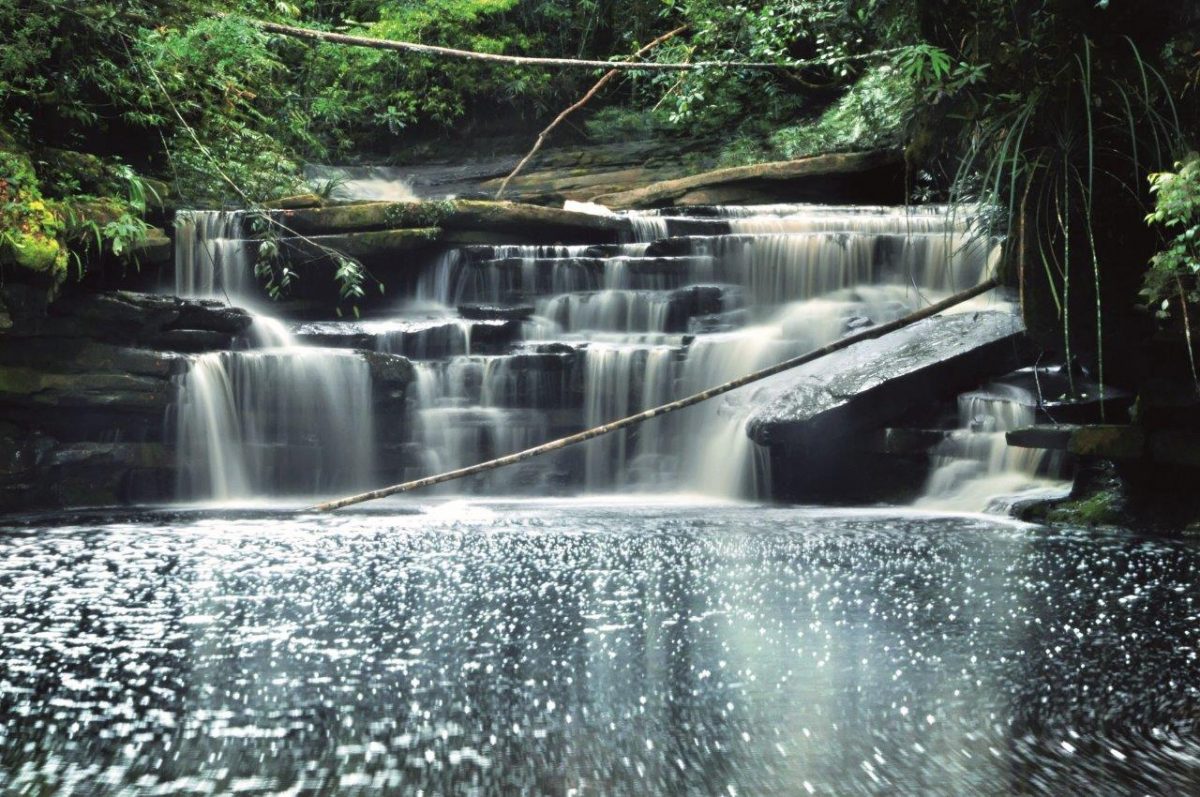 Giluk Falls, one of many waterfalls located in the conservation area, which has the densest number of waterfalls in Malaysia. Photo: Isa H/iStock

“Borneo will not be around forever as it currently exists,” he says. “If you want the experience, don’t wait. The Borneo of today will slowly disappear and be gone in the next decade.” 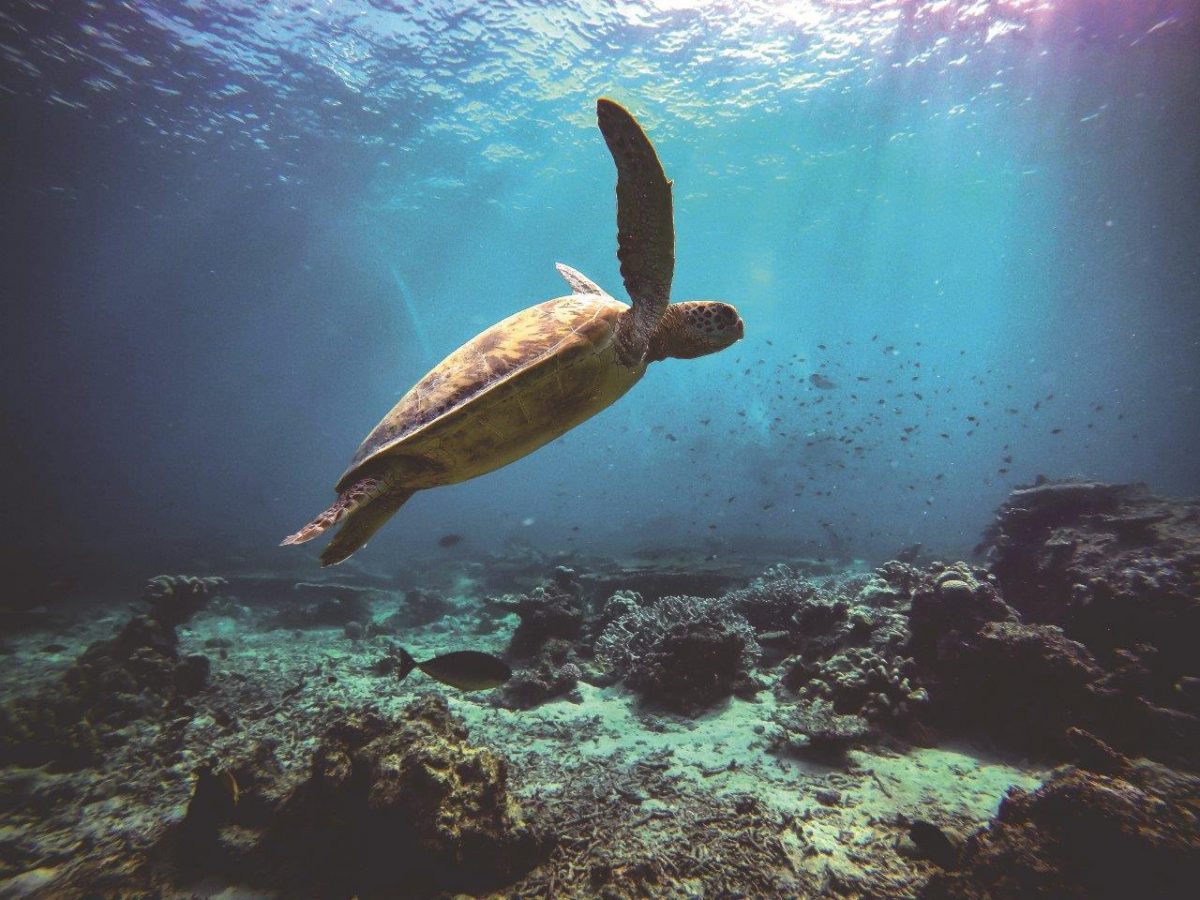 A green sea turtle gliding through the ocean during a dive in Sipidan, Malaysian Borneo

Sabah is a hotspot for sailors, scuba divers, and underwater photographers and Sipadan Island – the only oceanic island in Malaysia located off of Sabah’s east coast – may be the highlight of the exotic state, as it is frequently rated as one of the top diving spots in the world.

The famed French naval officer, filmmaker and TV documentary-maker Jacques Cousteau, who made a film based in Borneo called The Ghost of the Sea Turtle, once said: “I have seen other places like Sipadan 45 years ago, but now no more. Now we have found an untouched piece of art.”

Surrounded by incredible Sabah waters, it is one of the most diverse cruising grounds globally, with more than 3,000 species of fish and hundreds of coral varieties making up this unique and vibrant ecosystem. More frequently spotted creatures included green and hawksbill turtles, which mate and nest around the island, enormous schools of barracuda, which appear in tornado-like formations, and big-eye trevally and bumphead parrotfish. Pelagic species such as manta rays, eagle rays, scalloped hammerhead sharks and whale sharks can also be spotted around Sipadan. 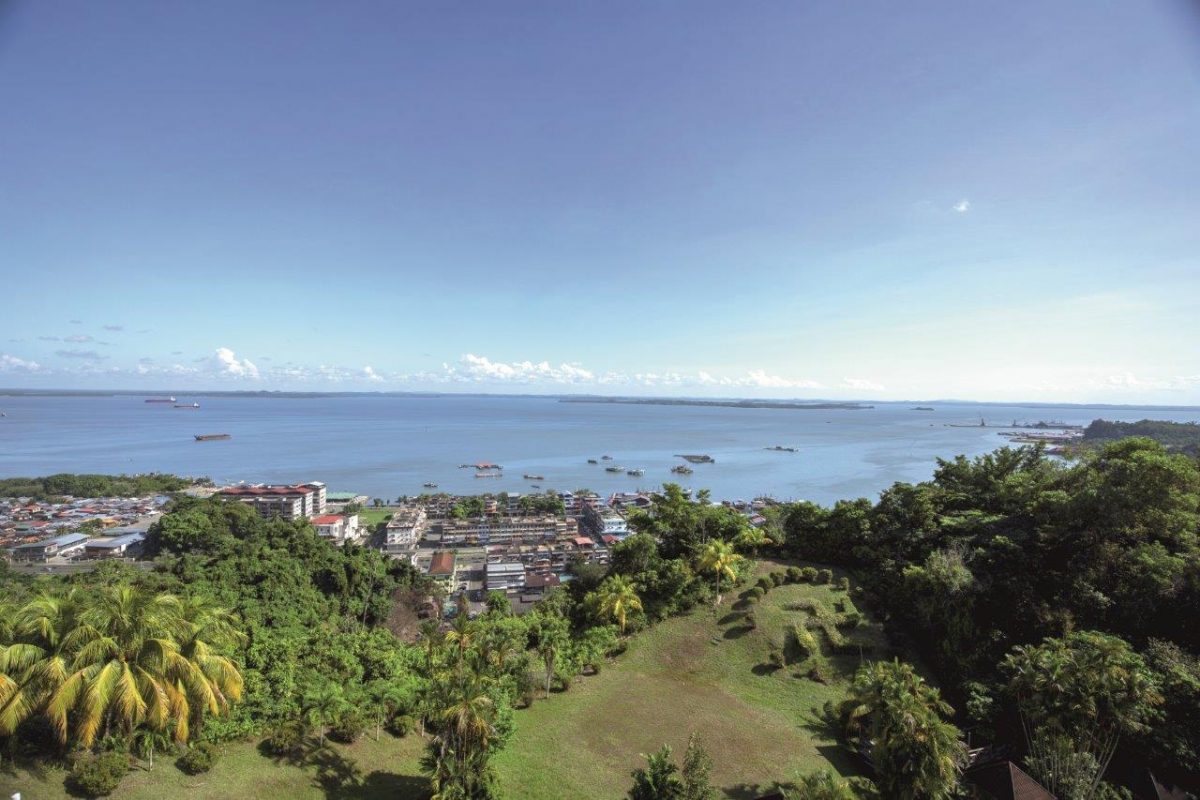 Next is Sandakan, a city on the northeast coast of Borneo, situated on a gulf of the Sulu Sea. It is famously known as Little Hong Kong due to its high number of Hong Kong immigrants. It is highly acclaimed for its wide range of seafood, particularly around its Sim Water Village.

Sailors can anchor at Sandakan Yacht Club, which can be used for dropping and picking up guests and has daily flights to Kota Kinabalu. Nearby are famed spots like the hilltop Puu Jih Shih Temple, which offers panoramic views of the entire city, and Agnes Keith House – a wooden bungalow that recreates the city’s colonial-era lifestyle. 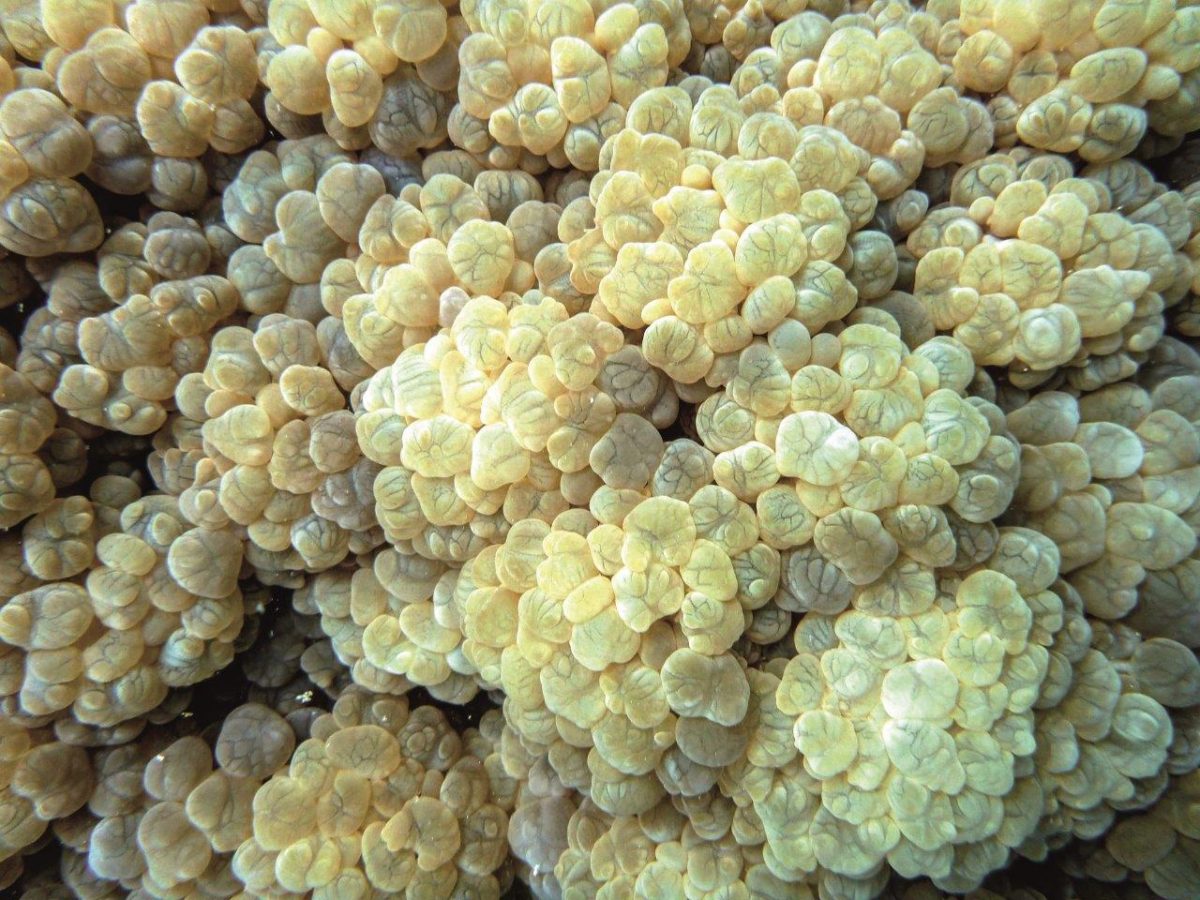 Further north is the remote Tun Mustapha Marine Park, with very few inhabitants and a very well protected anchorage. It comprises Balambangan, Banggi and Maliangin islands and offers shore-based activities of snorkelling, kayaking, and the opportunity to witness seasonal turtle beaching. Overnight anchorage is available at a sheltered bay with a scenic saltwater mangrove spread across the bay between the straits separating Balambangan and Banggi islands.

Between the main towns of Banggi and Maliangin is a deep bay with reefs around; it offers great anchorage for the night. Depart through the well-marked Malawi channel to find many small islands to visit. It’s a wonderful experience to visit some of these islands with friendly locals living in refreshing simplicity.

Find out more useful information at: