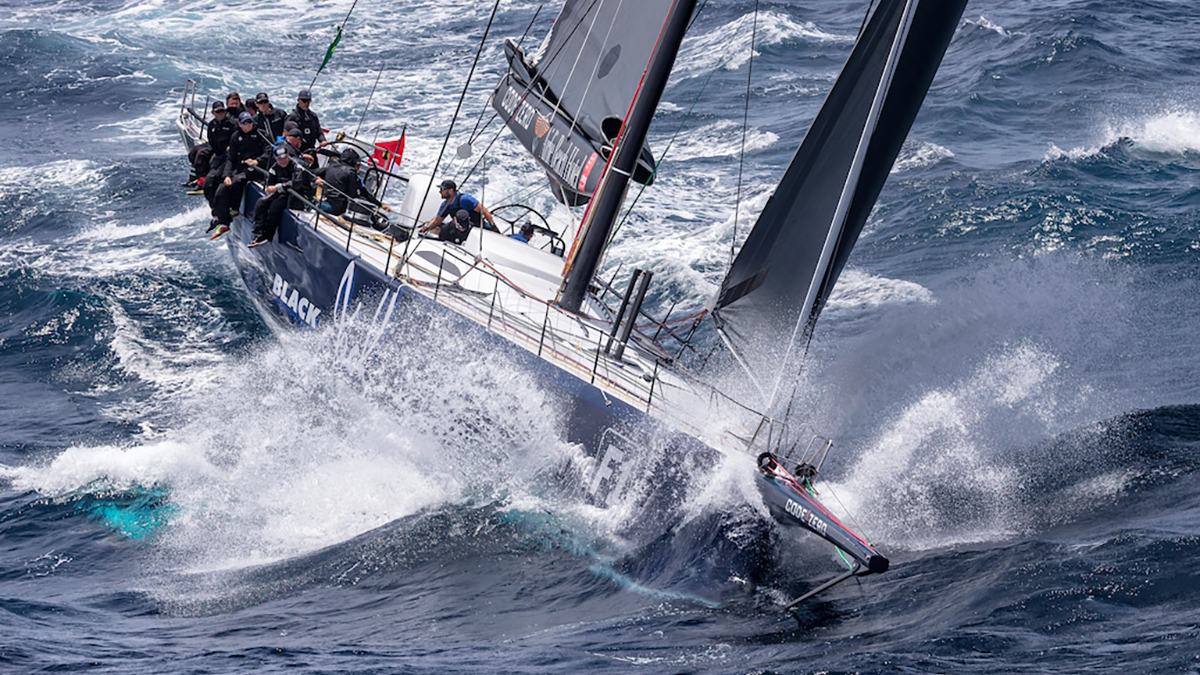 The Rolex Sydney-Hobart Race got off to a spectacular start on Boxing Day, 26 December, 2021, but tough conditions have seen the fleet greatly reduced after a day of racing.

The start of the annual 628-mile offshore race to Tasmania is a huge event in Australia, and after the cancellation of last year’s race Sydney turned out in force to watch the spectacular start. 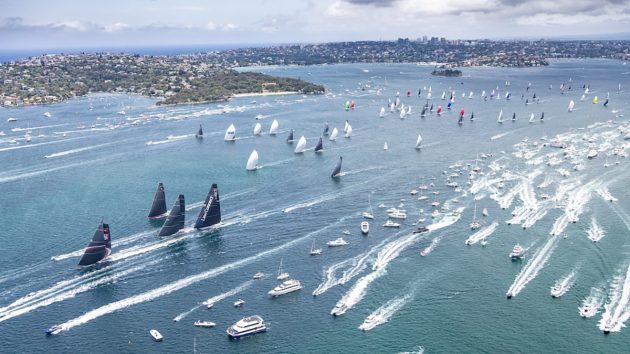 All eyes were on the three 100ft Maxi yachts which are expected to contest the 2021 line honours trophy.

The David Witt-skippered SHK Scallywag 100 had a disastrous beginning after headsail gear failure saw them forced to douse the sail, then race bare-headed until the crew could hoist a storm jib.

Former Volvo Ocean Race skipper Witt is competing in his 25th Sydney Hobart and had taken the lead shortly after the start. Scallywag led the two other 100-footers, Christian Beck’s LawConnect and Peter Harburg’s Black Jack, skippered by Mark Bradford, around the first two marks until a problem with their J2 tack fitting saw Scallywag forced to drop their headsail and hand away their advantage as the crew wrestled to solve the problems on the foredeck. 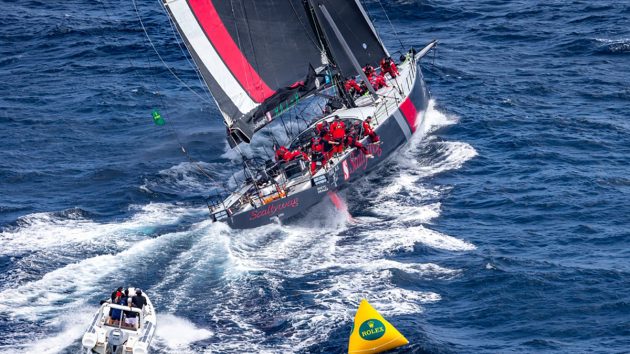 After the first day of racing it was Black Jack, the Reichel/Pugh-designed ex-Alfa Romeo (and line honours winner in 2009) that led the fleet.

Race organisers had made pre-start PCR tests for competitors mandatory, which saw a handful of yachts drop out after crew tested positive, with 88 yachts starting the race. However, after less than 24 hours of racing that fleet was further reduced by a quarter, as a brutal sea state and southerly winds gusting 30-knots saw further gear failures across the fleet.

Amongst the first retirements was the Reichel/Pugh 69 Moneypenny, owned and skippered by Sean Langman. Moneypenny was forced to return to Sydney due to a broken forestay.

Langman explained: “We were doing quite a bit of short tacking and there was a bit of current and the seas were up. Let’s say it was pretty fruity.” 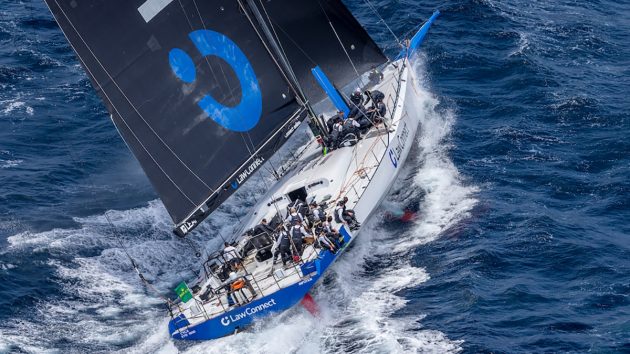 Already a total of 22 yachts have announced their retirement. They include the Reichel-Pugh 66 Alive, and the TP52 Denali, both of which cited hull damage. Other reasons including further broken forestays caused by the tough upwind conditions, several yachts suffering severe mainsail damage, a broken window, engine failure and one crew injury.

Impressively 14 of the 17 double-handed entries, permitted for the first time in the 76 years of the event, are still racing.

Currently in 2nd place for line honours is Christian Beck’s LawConnect. Speaking to race organisers from on board, Ty Oxley reported: “Last night wasn’t too bad, the breeze got up a bit and it was pretty wet for a while. We managed to get through.

“The biggest thing on these boats is slowing it down, so we slowed the boat down and managed our way through what we needed to get done and came out the other side.”

Follow the race tracker and news updates at http://rolexsydneyhobart.com/