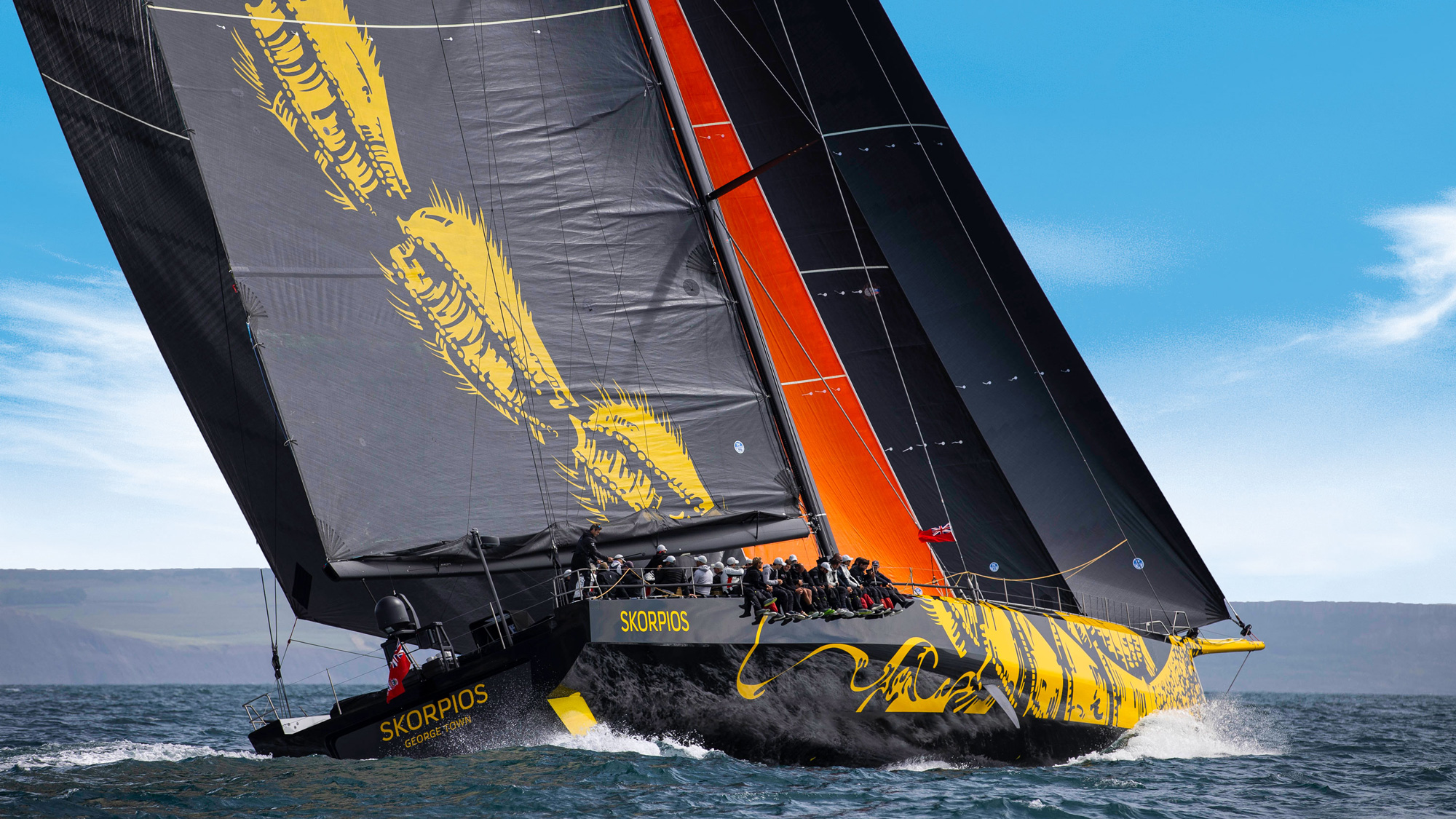 In a fast-paced running of the RORC Caribbean 600, the MOD70 Argo, has set a new course record and taken multihull line honours, while the ClubSwan 125, Skorpios, took monohull line honours.

The battle in the multihull fleet between the two MOD70s, Argo and Powerplay, and the modified former MOD70 (now Multi70) Maserati was expected to be a close one. And it did not disappoint.

The three trimarans stormed around the 600nm course, which circumnavigates 11 Caribbean islands, in just under 30 hours, with positions changing regularly.

In solid 13-18 knot north-easterly trade winds the long reaching legs allowed the trimarans to consistently post speeds of 25-knots plus, while the many corners and changes of angle as the fleet rounded each island gave opportunities for plenty of place changes.

Peter Cunningham’s PowerPlay led in the early part of the race but was overhauled by both Jason Carroll’s Argo and Giovanni Soldini’s Maserati to finish 3rd. 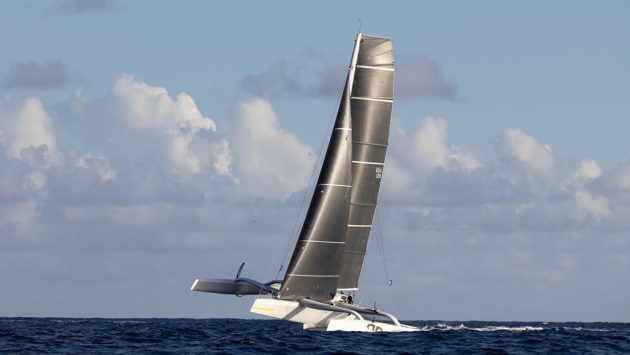 Argo on her way to line honours victory and a new Multihull Course Record in the Caribbean 600. Photo: Arthur Daniel/RORC

Argo finished in front of both teams, and set a new Multihull Race Record of 29 hours, 38 mins, 44 secs, with Maserati just 2 minutes and 13 seconds behind with these two battling all the way to the finish.

This was the first Line Honours win for Argo having come runner-up on two previous occasions.

“This race is always an emotional rollercoaster; I think we traded the lead with the other boats about five or six times and the last change was 20 minutes before the finish with Maserati. It was a boat-on-boat tacking duel. I am sorry for Maserati because they sailed a great race,” explained Carroll.

Approaching Redonda, Maserati was leading by about 3 miles, but Argo closed the gap to about half a mile on the rounding and from Redonda to the finish was almost a one-tack beat on port. 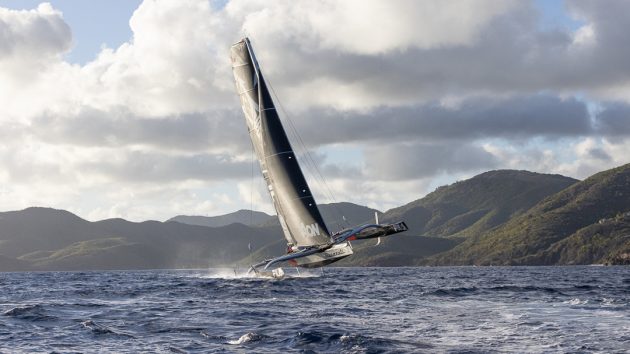 “We knew there was about a 30-degree header coming. We waited for that instability and chose to tack away leaving Maserati with a decision, and they chose to cover us through the unstable conditions. From then on, we had a duel of about 10 tacks, more than we had done the whole race. We eked out a tiny lead and then Maserati tacked a little too close to us. Before they could build speed, we luffed them a little bit, then pulled out the win,” Carroll concluded.

The highly anticipated contest for line honours victory between the ClubSwan 125 Skorpios and the VPLP/Verdier-designed 100ft Maxi Comanche was always going to be an intriguing contest.

The recently launched Skorpios is designed to push boundaries, as the biggest offshore racing monohull, likely the deepest draught non-lifting keel (7.4m) and the largest sailplan combination ever conceived.

But in Comanche, the crew would be up against a multiple record holder, which had recently won the RORC Transatlantic Race for both line honours and IRC overall on corrected time. Plus the only time these two have met before in 2021’s Rolex Middle Sea Race, it was Comanche who made it home first.

Ultimately, it was Skorpios which prevailed in the Caribbean 600 taking the line honours win with a time of 1 day, 16 hours, 39 mins, 51 secs. Although Skorpios was setting a record pace in the early stages of the race, she ultimately fell several hours short of breaking the monohull course record of 1 day 13 hours 41 minutes and 45 seconds, set by Rambler 88 in 2018.

Skorpios pulled out an early lead over Comanche to be first around Anguilla, and although Comanche was able to stay in touch with the larger Swan, even in the reaching conditions in which Comanche is famously quick, Mitch Booth’s team could not find a way past. Less than one hour separated the two monohulls, with Comanche close enough to overhaul Skorpios on handicap.

All eyes now turn to the smaller IRC fleets to see who is contention for class victories and the overall IRC prize. Thomas Kneen’s exceptional JPK 1180 Sunrise is leading overall on Day 3 of racing.