The World Wide Fund for Nature Hong Kong (WWF-HK) has observed that the number of white dolphins and finless porpoises near the Soko Islands has increased since the cessation of high-speed ferry operations due to the outbreak of Covid-19.

On the ecological importance of the area, Doris Woo, conservation officer at WWF-HK, states that the “Soko Islands are regarded as one of the few remaining core dolphin areas in Hong Kong”. She summarises WWF’s findings in their Emergency Action Plan for Chinese white dolphins, noting “dolphins were found feeding and using the area relatively often; while for finless porpoise, the animals frequent Soko waters for feeding, particularly at night-time when the fishing activities are less frequent there. The waters off the Soko Islands are the only place in Hong Kong that both Chinese white dolphins and finless porpoises call home”. 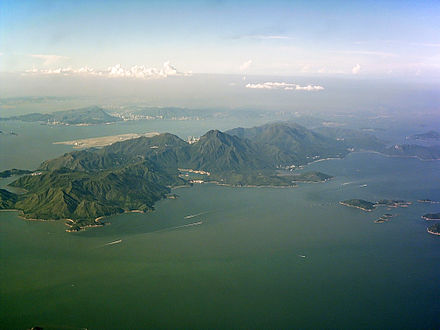 The Soko Islands include Tai A Chau and Siu A Chau

There have been calls for immediate action to conserve the Chinese white dolphin, with Chinese white dolphins in Hong Kong waters dropping to a historic low of 32 individuals in 2019. Hong Kong’s Agricultural, Fisheries and Conservation Department (AFCD) reports that the dolphins’ habitat has been severely disturbed by coastal development projects around the north Lantau area, and the species has been affected by noise disturbances in west and south Lantau waters. These noise disturbances impair the dolphins’ hearing, which adversely impacts their ability to communicate and navigate, increasing the likelihood of vessel collision. The South Lantau Marine Park has been proposed by the government to protect conserve the Soko waters.

Woo emphasises the need for boat and yacht owners to pay attention to the total number of vessels operating within the area, their operating speed and their travelling routes. Travelling through core dolphin habitat areas such as the Soko waters should be avoided, and vessels operating near these areas should limit their speed to 10 knots. Propeller bladers should also be maintained, as damaged parts can increase noise disruption.

Although there is still a long way to go, this period marks some hope that the population has the potential to recover, if afforded more protection.