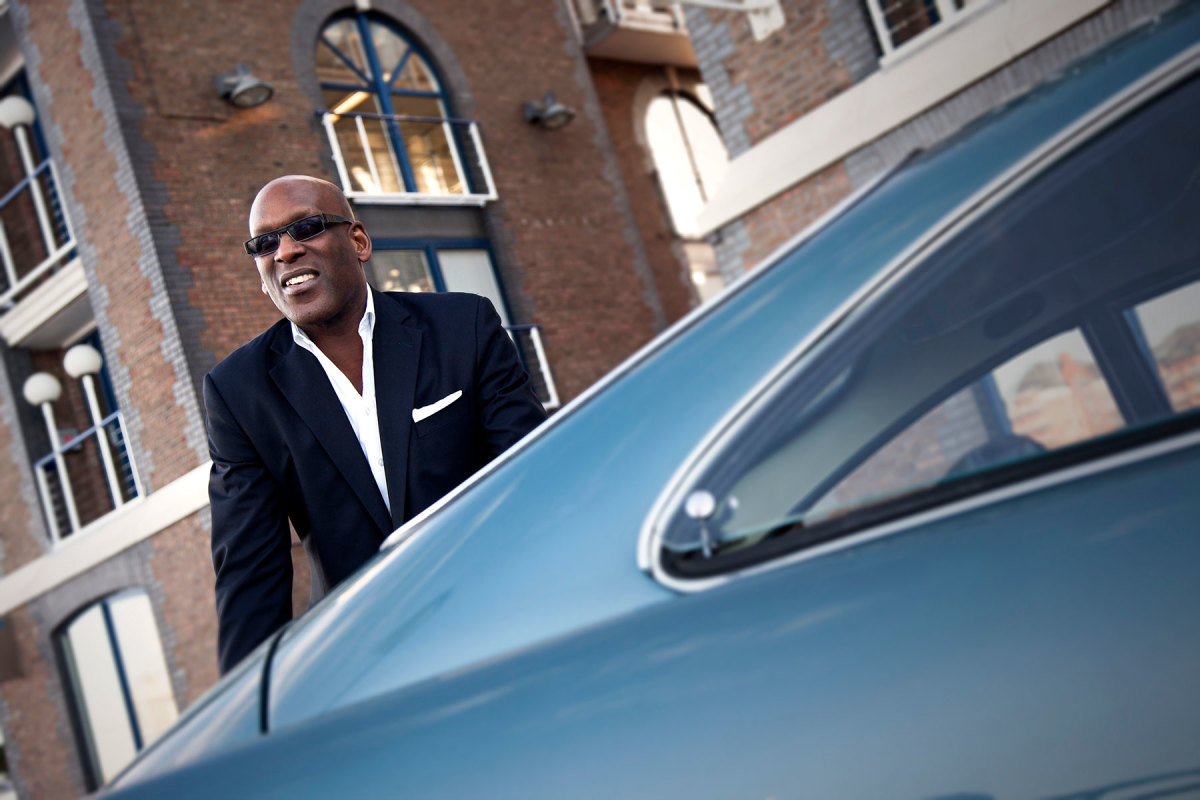 Legend. Divergence. Revolution. Explorer. The names sound like titles for Hollywood blockbusters. In fact, they are the breakthrough series of Ocean Alexander yachts that Evan K Marshall designed in collaboration with the Taiwanese shipyard. They also sum up Marshall’s career trajectory of being expansive and free from set precepts.

Eight or so years ago, Richard Allender, Ocean Alexander director of U.S. operations, contacted Marshall to refresh and diversify the brand with an array of innovative models. Prior to Marshall’s redesign, the brand had a very narrow Pacific coast-oriented client base. Ocean Alexander wanted to retain its DNA, but also expand into new and distinct markets. Marshall wholeheartedly accepted the mission.

“Working with Ocean Alexander on series yachts has been extremely rewarding,” Marshall says. “The brief for semi-production versus custom presents a different kind of challenge, but I am having a lot of fun with it.”

Sixty-one-year-old Marshall talks fast and speaks with a deep, friendly voice, punctuating his sentences with a ready laugh. His easygoing nature belies his serious intent when it comes to his design work. He continually strives to exceed his last best effort.

One of his earlier noteworthy projects was The World Is Not Enough, a 138-foot (42.2-meter) Millennium launched in 2004—and conceived to be the fastest yacht in the world, meaning Marshall had to create a weight-conscious interior design. He succeeded, and then worked with the same owners on a wholly different brief for their 200-foot (61-meter) Benetti Diamonds Are Forever, built in 2011 with an unrestrained use of marble, wood, stone and glass in the Art Deco interior.

Such was the case when designing the stately interior of the 186-foot (57-meter) Trinity Lady Linda, and the vastly different bold colors and high-gloss lacquer aboard the 160-foot (49.9-meter) Trinity Norwegian Queen. Marshall showed Norwegian Queen to his clients building the 142-foot (43.2-meter) Trinity Big Zip and they remarked, “If we had seen this before we engaged you, we would not have hired you.”

Marshall laughs. “Vive la différence,” he says. “I have a healthy designer’s ego, but I don’t throw a hissy fit if someone does not agree with me.”

Marshall’s studio, which includes a team of six, is on Calico Row on Plantation Wharf in London. The studio is busy with exterior and interior styling of semi-custom and custom yachts, as well as concept designs for an electric boat, a series of sailing yachts, and a boutique cruise ship for the Paul Gauguin line. Marshall also designs residential properties. He has an ongoing project with a Moscow building developer, working on lobbies and luxury apartments.

How did a kid from New York City grow up to become a renowned yacht designer living in England?

“I was laser-focused on boats and design from the time I was a small boy,” he says. “My father was a yachting enthusiast, and my parents owned boats since before I was born.”

Marshall grew up on New York’s Upper West Side at 100th Street and Central Park West. His father was a sociologist, civil rights activist and AT&T executive. His mother, Paule Marshall, was a novelist and MacArthur Fellow whose awards included the Dos Passos Prize for Literature. They kept a 31-foot Pacemaker cabin cruiser at the 79th Street Boat Basin on the Hudson River.

“One night, I stayed on board while my parents went to a nearby restaurant for dinner,” Marshall says. “I spent the evening reimagining the layout and redecorating the saloon, which, given my age, took the form of fanning my comic books on the coffee table, shifting pillows from here to there, and dimming the lights. I thought, Hey, this is cool.”

Throughout his youth, Marshall drew in sketchbooks and doodled in the margins of school notebooks. “I was also an avid reader of boating magazines,” he says. “I had no computer games; I just had paper and pencil. I would make layouts of boats that I ran across in the magazines.”

His father died in a boating accident when Marshall was only 11.

“Fortunately for me, I was already in love with boating and drawing boats,” he says. “I managed to hold on to that after my father’s passing, even though we stopped boating as a family. I did not pick up the sport again until college.”

Marshall graduated from Hampton University in Virginia with a degree in architecture. He subsequently obtained a degree in small-craft design from the Yacht Design School in Maine. During his college years, he spent summers at New York City’s South Street Seaport crewing on Pioneer, a 19th-century schooner, and volunteering to help restore the 1885 sailing ship Wavertree. While working on Wavertree, he befriended Jakob Isbrandtsen, commodore of the Storm Trysail Club and co-founder of Block Island Race Week, who introduced Marshall to Rod Stephens at the iconic design firm Sparkman & Stephens.

After college, Marshall moved to Newport, Rhode Island, bought a Laser and did a lot of sailing. He took a summer job at Shannon Boat Company, doing painting, fairing and tooling.

“One day, an announcement came on the PA system as I was working in the yard: ‘Evan Marshall, you have a call from Bill Langan at Sparkman & Stephens,’” he recalls. “This was long before mobile phones.”

Langan offered Marshall a full-time position. Marshall hightailed it back to New York, where he worked on naval architecture, crunching numbers with chief engineer Alan Gilbert. “I was tasked with doing a lot of the math, as no computers were around for hydrostatic calculations,” Marshall says.

Marshall spent three years there. On weekends, he sailed at the Larchmont Yacht Club in New York’s Westchester County, racing International One Designs with Sparkman & Stephens technical developer Jim Teeters, and sailing with clients who needed crew. Marshall participated in the Maxi racing series and the Newport Bermuda Race.

Marshall next set his sights on Europe. He used vacation time to travel to the Genoa boat show in Italy, put together a portfolio of a half dozen yacht designs, and went to work for designer Andrew Winch in London.

“In 1990, Winch’s office was a heck of a lot smaller than it is today,” Marshall says. “I had the opportunity to get involved with, and learn about all aspects of, interior design and exterior styling.”

In 1993, he left Winch and established Evan K Marshall Design. The firm, he says, has no signature style. His philosophy is to “step beyond the boundaries and be open to everything and everybody.” He has traveled widely—including in Europe, Russia, China, South America and the Middle East—and he has a number of international clients. He respects different cultural orientations and says being a good designer is the ability to listen and be flexible and adaptable.

“Every client is unique,” he says. “Simply listen to what they want.”

During the pandemic, Marshall has stayed close to home, venturing only to the 2020 Fort Lauderdale International Boat Show to be present at the Ocean Alexander stand and to see a few clients. One silver lining of the pandemic is that he has spent more time at home with his kids. Marshall’s daughter, Nina, is 15, and his son, James, is 14.

Neither wants to be a yacht designer. Marshall is confident they will find their way forward just as he did when he was young. 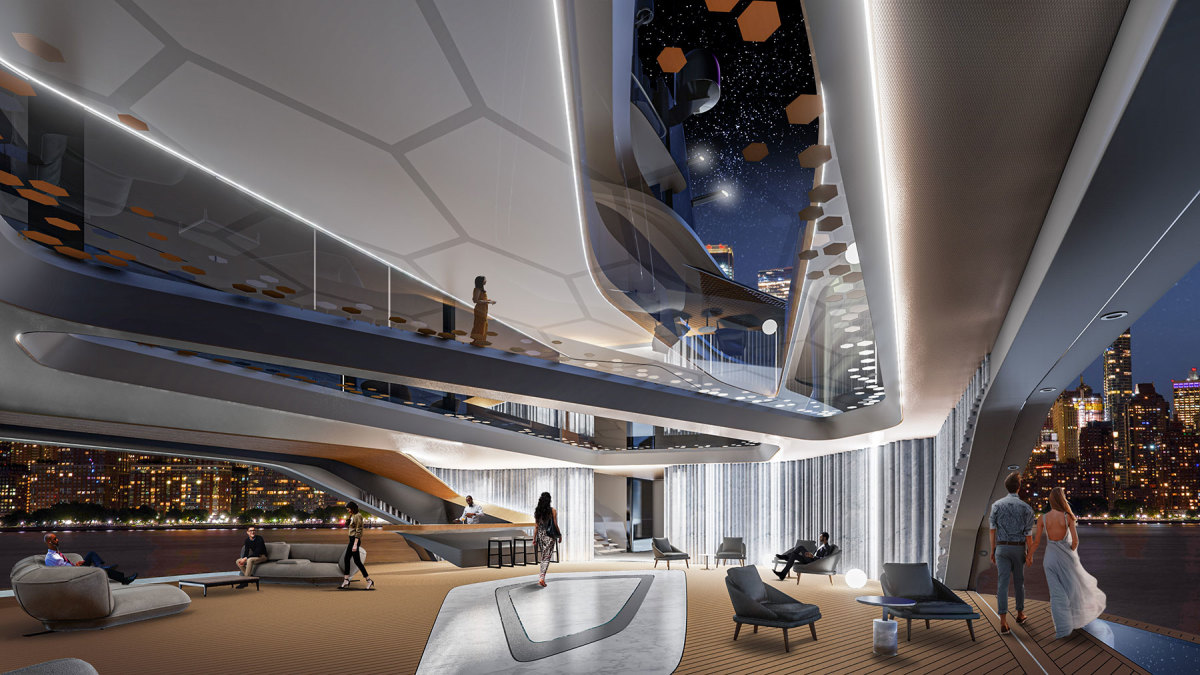 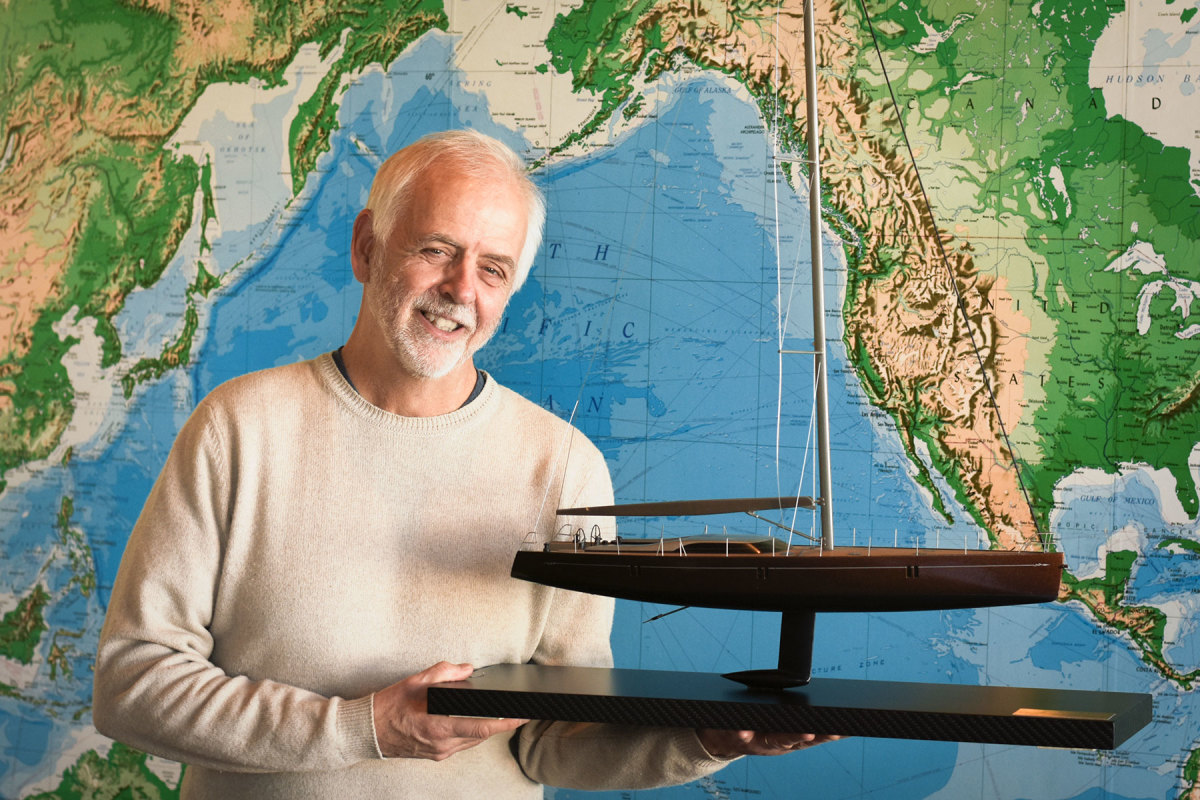 Building a legacy of his own