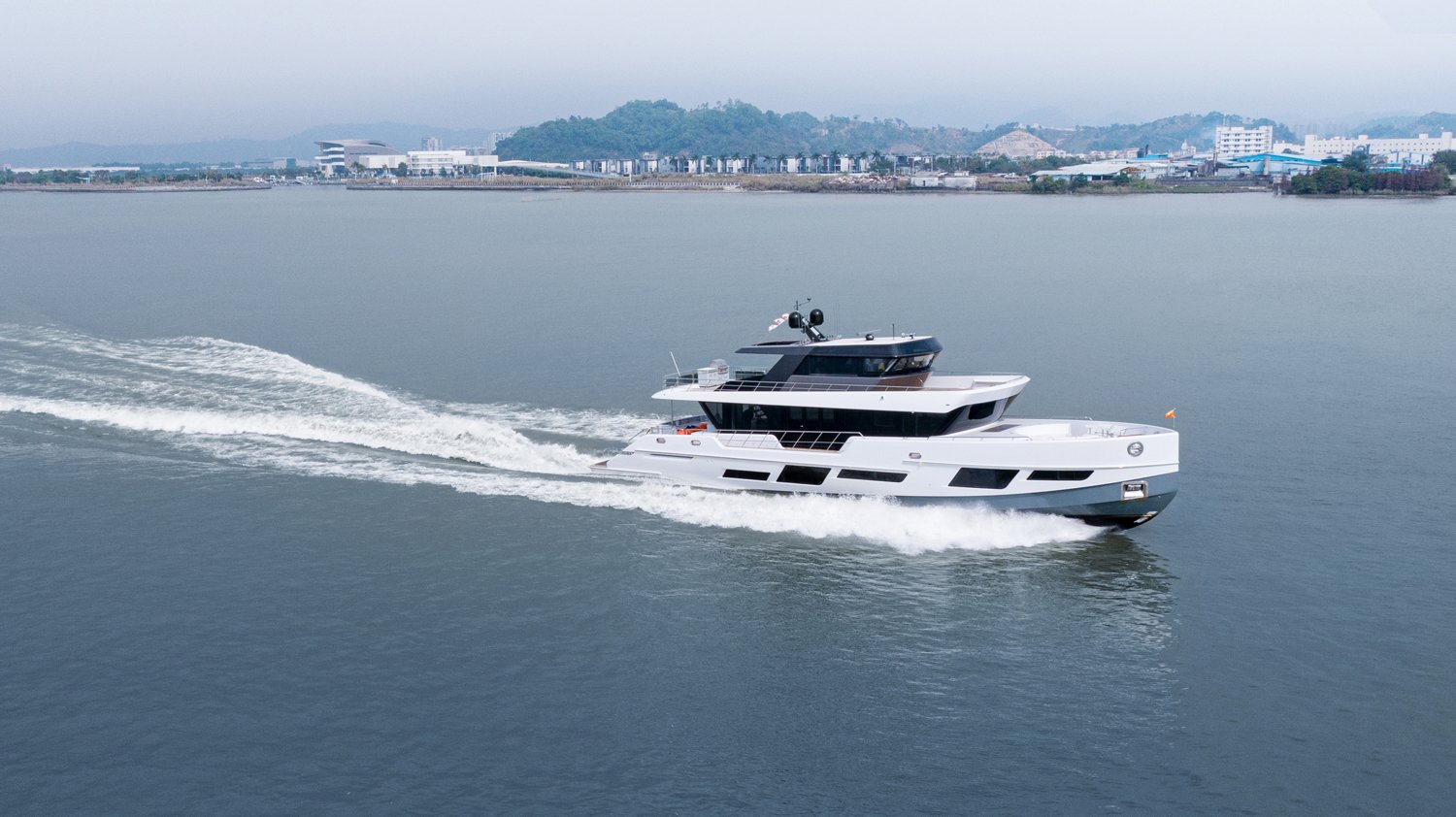 CL Yachts has confirmed that its anticipated new CLX96 will debut in Hong Kong in May.

CL Yachts’ first ‘Sea Activity Vessel’ has been designed by Milan-based designer Jozeph Forakis, best known for his work outside the yachting industry, to bring a fresh touch and a “rebel’s insight” to the lines on the CLX96. Forakis took inspiration from the New York City loft in which he was born.

The 29.5-metre yacht, which launched in December, conducted a successful sea trial in January, and was able to reach a top speed of between 24 to 25 knots at full load condition with weights simulating tender and owner’s gear, the builder says.

The new model’s rugged performance is mirrored by her unique aesthetic, which blends gracefulness and muscularity into a style that the yard calls “workboat chic”. Key to this look is the yacht’s two-level deckhouse with reverse-sheer windshields.

The main deck features three discrete living spaces indoors, with a massive galley forward, main dining area in the middle and a comfortable lounge aft, facing the wide doors to the aft cockpit.

Below decks, there is a huge master cabin forward in the widened bow area, with a dedicated access forward. The bed faces forward (unlike most bow cabins) and there is a large bathroom forward. Amidships, there are two twin cabins and a generous VIP cabin. Aft, the sizeable crew quarters has room for four crew, who will not feel cramped in attending to the yacht on overnight stays.

Up top, the skydeck features an enclosed helm station, with generous living and dining spaces. The transom has a very large swim platform that will offer plenty of space for on-water fun while the yacht is at anchor.

More sea trials are being conducted prior to her Asia debut in Hong Kong. Her international debut is planned for the 2022 Fort Lauderdale International Boat Show, in October.

Precise details of the premiere are still to be confirmed, with further details to be announced soon.

Camper & Nicholsons has been appointed as the worldwide agent (excluding the USA, South America and Canada) – for the sale of CL Yachts’ upcoming flagship CLX96. The model will be represented by Hugo Van Schaik of Camper & Nicholsons’ Asia division.