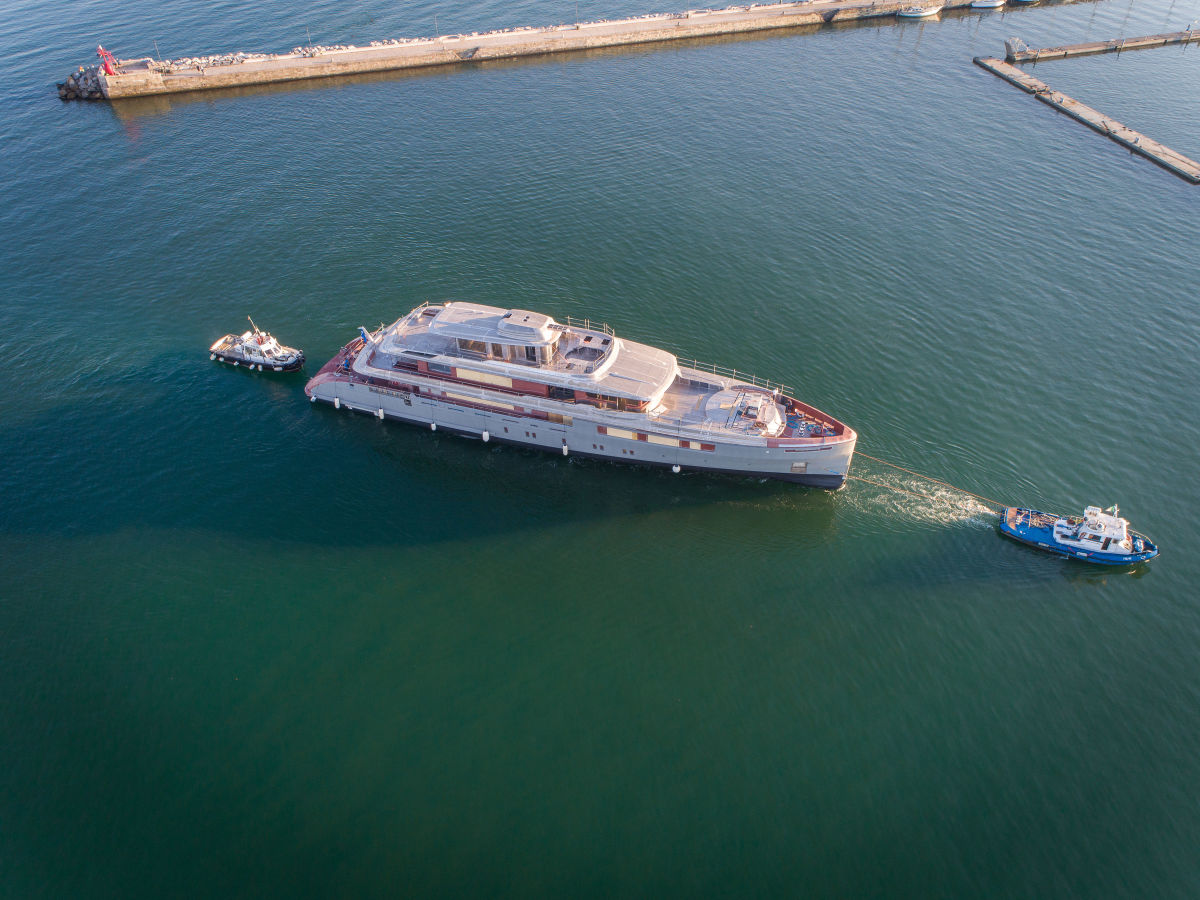 Italy’s Codecasa’s new spec 58 meter (190-foot) launch, hull C127, has moved to the yard for outfitting. The company says the new C127 will be able to reach a maximum speed of about 21 knots at light displacement. It will feature a fast displacement hull typical of navy ships, optimized to reach and exceed the threshold of 20 knots, unusual for a yacht with a steel hull.

“In the development of the preliminary pre-visions of the hull resistance, we have [taken] into account the favorable effects reachable with the use of stern supports of the ‘transom wedge type,’” says Gianluca Imeri, head of the Codecasa technical team. “We then focused our attention on the bow shapes and we opted for a vertical bow, lengthening the water lines of the hull. Afterwards, we considered the possibility of making a forward bulb with only a lateral development, that is, ‘widewise.’ To confirm the favorable effects of the above, a series of CFD (Computational Fluid Dynamics) simulations [were] performed, in the most thorough version available today, that is, with a RANSE approach (Reynolds Averaged Navier-Stokes Equations).

“After encouraging results were obtained, our shipyard commissioned the Potsdam model basin SVA in Berlin to carry out a comprehensive program of tests on a 1:9.5 scale model…The results of the various resistance and self-propulsion tests provided even more positive resistance data in the whole speed range, especially with respect to values around the 20-knot target.”

The yacht’s design is the result of co-operation between the Codecasa shipyard technical team with the design studio M2 Atelier of Milan.

Delivery is scheduled for summer 2023.