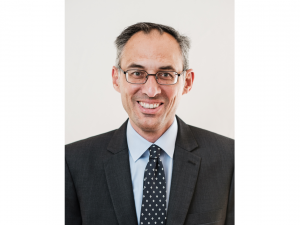 As the climate crisis visibly intensifies, the world is struggling to set a course toward a net-zero economy. We need new tools to measure the sea and nature’s complex ecosystems.

For climate, great efforts went into measuring carbon emissions – and providing a rudder to steer production and portfolios toward net-zero. The uptake of the global Task Force on Climate-related Financial Disclosures (TCFD) – formed in 2015 to monitor and make available climate-related financial risk disclosure – has been crucial in this process.

We need similar for nature. In mid-March, the Task Force for Nature-related Financial Disclosures (TNFD) released its beta framework, allowing companies to act on evolving nature-related risks and opportunities. This framework will help global financial markets and companies begin to steer away from nature-negative outcomes toward nature-positive.

Humanity has made tremendous achievements in the past 50 years, particularly in Asia, where the population has doubled while extreme poverty has been more-than halved. This has been helped by the fourfold increase in the global economy and 10 times increase in trade. However, nature paid a heavy price for human development in some places. For example, coral bleaching over 1,000 kilometres of once-pristine water was reported by the Great Barrier Reef Marine Park Authority in March.

According to the 2019 landmark global study of biodiversity and nature by the Intergovernmental Science-Policy Platform on Biodiversity and Ecosystem Services, conducted by scientists from over 50 countries, we have lost half our world’s forests, half the coral reefs, and 85 per cent of wetlands. In addition, the wildlife population has fallen by 68 per cent since 1970. These losses mirror the climate catastrophe, and many of the causes are linked.

While the TCFD paved the road to net-zero for climate, there is no equivalent system for nature. We need to understand the price of our current approach and take account of nature’s true value. According to the World Economic Forum (WEF), US$44 trillion of economic value – over half the world’s total GDP – is moderately or highly dependent on nature: including arable land, drinkable water, breathable air, forests and wetlands. The WEF says US$ 10 trillion could be generated in additional annual business value by 2030 from impactful nature-positive solutions.

Coral bleaching over 1,000 kilometres of once-pristine water was reported by the Great Barrier Reef Marine Park Authority in March

We need frameworks and tools to understand the impacts and dependencies related to nature from our current activities. This is exactly what is outlined in the ‘path for nature’ in the beta recommendations of the TNFD, of which I am privileged to be a part.

Efforts in Asia play a leading role for the entire planet. Discussions are underway for a global agreement on objectives for nature via the Convention on Biological Diversity (CBD). By mirroring the net-zero target for climate and the Paris Agreement, governments may create an equivalent ambition to become net nature neutral by 2030 and nature positive by 2050.

Targets may include ensuring that 30 per cent of land and sea areas globally, especially sites rich in biodiversity, are conserved. The second part of this CBD effort is hoped to take place in Kunming, China, later this year. Once targets are set, the next step will be to create transparency on risks and opportunities in business models and corporate strategies to align with these targets.

What gets measured often gets managed. That includes every drop in the ocean.

The financial sector is willing to do its part but needs frameworks and signals from governmental policies. One example is the M40 Initiative launched by UBS with Earth Security at the Asia Philanthropy Summit in November. After working on mangrove restoration concepts with Earth Security over the past few years, UBS and the UBS Optimus Foundation committed US$2 million in funding in 2021 for mangrove restoration across 40 important remaining ecosystems, many in Asia. These mangroves can help sequester 3 billion tonnes of CO2. The M40 Initiative also seeks to develop blue carbon credits at an investable scale to demonstrate the potential for climate and nature co-benefits and how to support incomes in local communities through payments for ecosystem services.

We must grapple with the complexities of nature; the TNFD is an essential part of this toolkit and will put us on course for a better planet.

Judson Berkey, head of sustainability regulation at UBS, is a member of the Taskforce on Nature-related Financial Disclosures, and industry chair of the sustainable finance working group at the Institute for International Finance