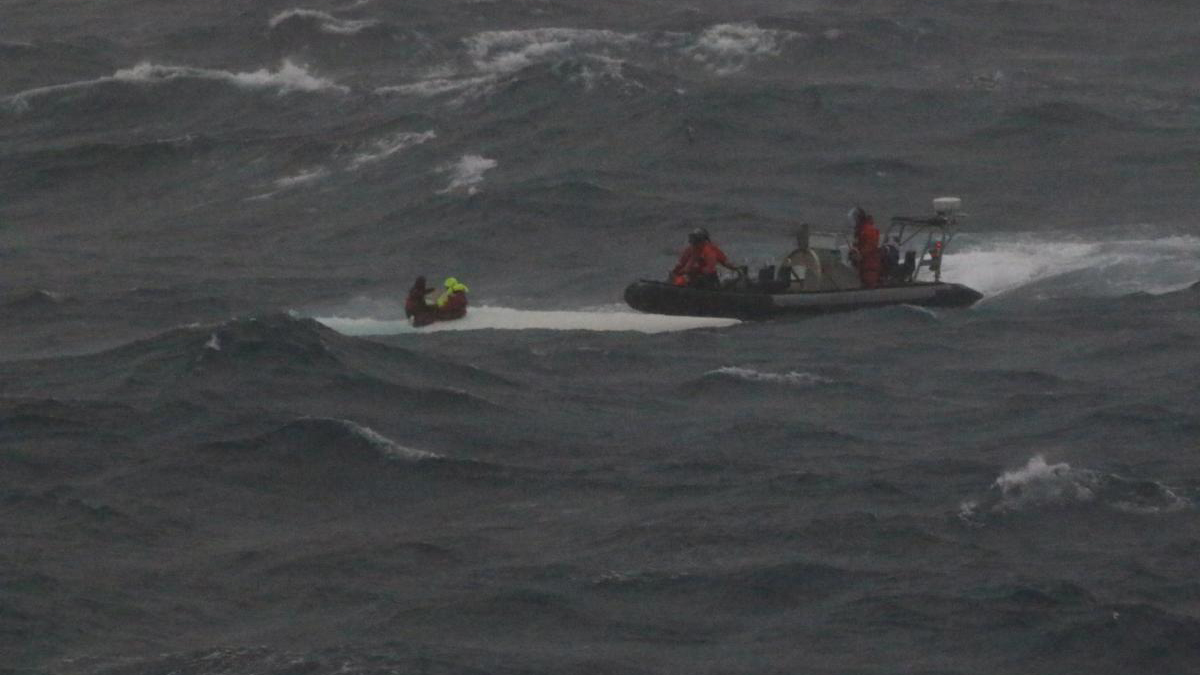 Two sailors have been rescued in Australia after the keel of their new Farr X2 yacht detached causing a capsize, and they were found clinging to the hull of the upturned yacht.

In a remarkable rescue two sailors have been rescued off the coast of New South Wales, Australia, after the keel detached causing a capsize on the new Farr X2 they were sailing. The pair, reported to be highly experienced yachtsmen, were found clinging to the hull of the upturned yacht over 15 hours after it inverted.

The two sailors were sailing Hull #1 of the new Farr X2 about 15 nautical miles off Wollongong when the yacht rolled at around 0100 on 2 July.

The Australian Joint Rescue Coordination Centre initiated a search shortly after 1300 that day, and the Royal Australian Navy destroyer HMAS Brisbane arrived at the 60-square-mile search area about an hour later.

The upturned yacht was spotted by the crew of a passing merchant vessel, MV Arietta Lily, shortly after 1500, and HMAS Brisbane headed to its position.

The two yachtsmen were found clinging to the hull of the upturned yacht, and rescued by the destroyer’s RIB boat in 30-knot winds and 2-metre swells.

Despite spending 15 hours in the water, the two sailors were reported to be in good health, and were reunited with their loved ones at Fleet Base East, Sydney, a couple of hours later.

The Farr X2 is a new compact racing design from renowned designers Farr Yacht Design, promoted as the first small new race boat from Farr since the much-loved Mumm 30 in the 1990s. 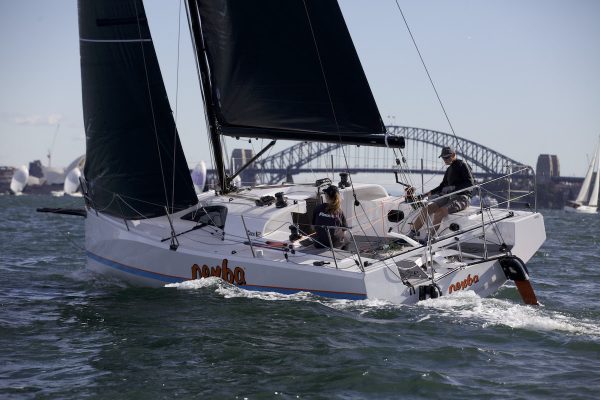 The Farr X2 sailing in Sydney before the incident. Photo © Matt Cumming/Vicsail

The Farr X2 is a production built boat designed specifically for short-handed racing, although, and was conceived by well-known Australian sailor Bret Perry, and built in Singapore by XSP.

In a statement FarrX2 Australia said: “On July 2, 2022 the Farr X2 Nexba Racing was completing an overnight offshore qualifier off the coast of New South Wales, Australia. The boat was sailing into a building breeze and significant seaway when the keel attachment failed resulting in a capsize.

“We are very thankful that the two crew were safely recovered and for the swift action of the Royal Australian Navy Destroyer HMAS Brisbane for rescuing the sailors in very challenging conditions.

“Attempts are underway to recover the vessel to allow a thorough investigation process into the cause of this incident. We take the safety of all the crews who sail on boats of our design very seriously and our design team is working with the builders, component suppliers and the composite structural engineers to identify the root cause and to implement any necessary design, material or build process changes required to insure [sic] this cannot happen again.” 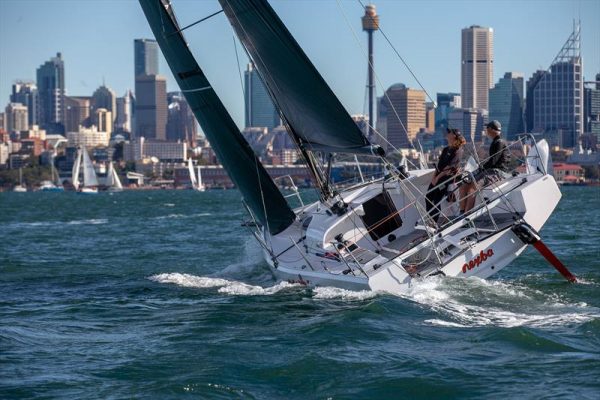 The X2 features a 30ft hull, plus bowsprit, and carries 250-litres of water ballast on either side, to give the equivalent righting moment of two or three crew. It has a two-spreader rig with running backstays and flies a 102 sqm asymmetric and 41.4sqm Code Zero, designed for exceptional fast reaching performance.

The Farr X2 has a projected IRC TCC of 1.080 and is suitable for World Sailing Category One Races. 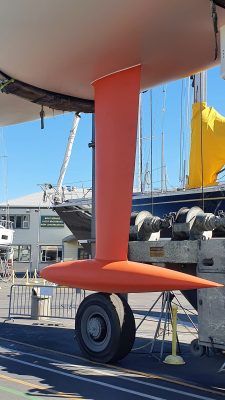 The keel of the Farr X2 – this is Hulll #2, recently delivered into the USA

Commander Kingsley Scarce, Commanding Officer of the Brisbane, paid tribute to his crew’s bravery in difficult conditions. “We were happy that we could come to the aid of fellow mariners in their time of need,” Commander Scarce said:

“It was tremendous teamwork from all of Brisbane’s crew, from those who coordinated the search effort and response, to the bridge crew and lookouts, to those who provided medical care and hospitality, to the survivors once rescued, and to all others who supported. The entire crew was eager to do whatever they could in the rescue effort.

“I want to particularly acknowledge the bravery of the sea boat crew, who conducted the rescue in appalling sea conditions.”

The location of the disabled yacht has been reported to the Australian Maritime Safety Authority as a navigation hazard.