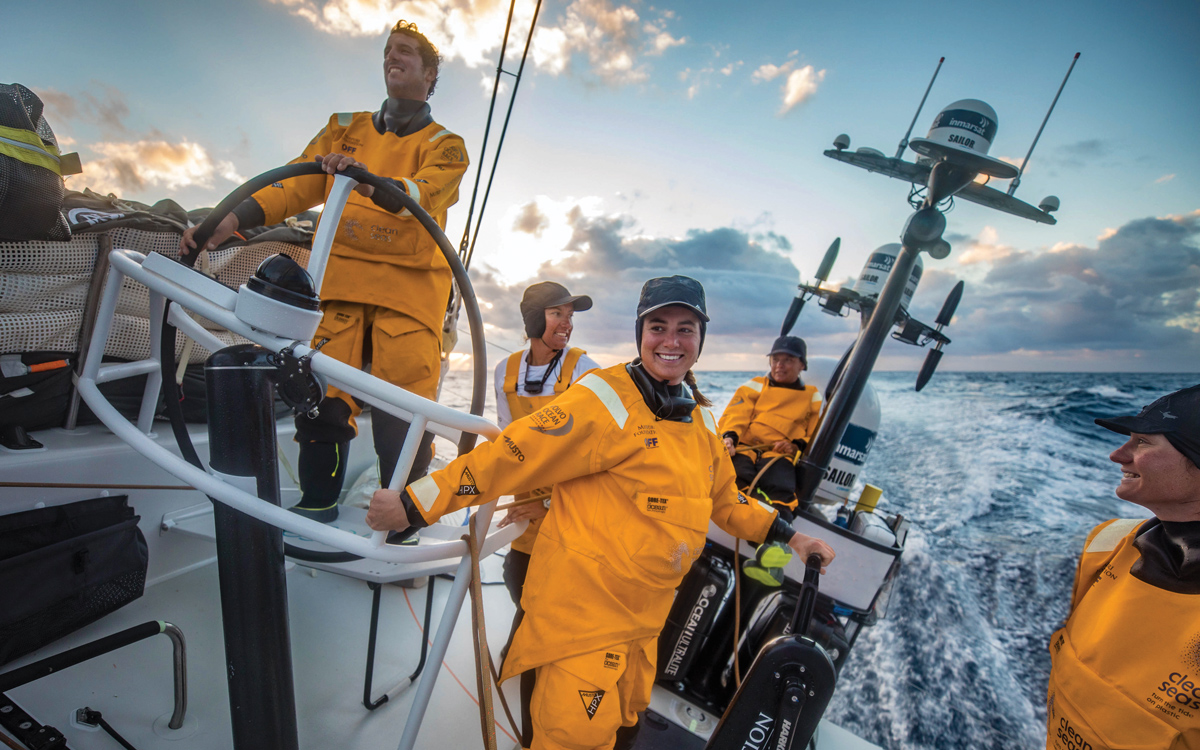 To win the Volvo Ocean Race you need proven, battle-hardened experience on board. However, the youth-focussed, multinational Turn The Tide On Plastic entry had very different goals. While every sailor on Dee Caffari’s crew wanted to win, realistically that wasn’t going to happen.

Although she had been part of the all-female Team SCA crew in the previous edition, the last Volvo Ocean Race was Dee’s first time skippering a Volvo crew, 80% of whom were under 30 with little offshore racing experience compared with most of their rivals.

With a team of five men and five women, all of different nationalities, Turn The Tide was a United Nations of sailors with a strong environmental focus. Although winning the race was never on the cards, the team successfully delivered their message about ocean plastics – and the fact that Dee and her crew mates stay in regular contact with each other speaks volumes for the success of the campaign.

Here, Dee shares her best tips for creating a cohesive team spirit that will endure even if you don’t finish first.

In a professional environment you make the time to sit down and talk to everyone about the shared aims of the project. In the case of Turn The Tide On Plastic everyone bought into the environmental goals very quickly and with great commitment, so that was fairly straightforward.

But let’s say you’re part of a keen, amateur crew that’s come together for the first time to race at Cowes Week. You’ve got almost zero time to work out where you’re at compared with the rest of the fleet, so don’t set a result goal from day one. Instead set your goals around your shared attitude and approach to what you want to achieve from the regatta.

Above all, we go sailing to have fun. Don’t lose sight of that basic fact. Fun and safety come first; everything else is secondary. We also like the process of working together as a cohesive unit, so it’s great if you all commit to the process of learning from each day and taking those lessons forward to the next. If you see improvements day by day, no matter how small, you’ll all feel like winners at the end of the regatta even if you’re not on the podium. 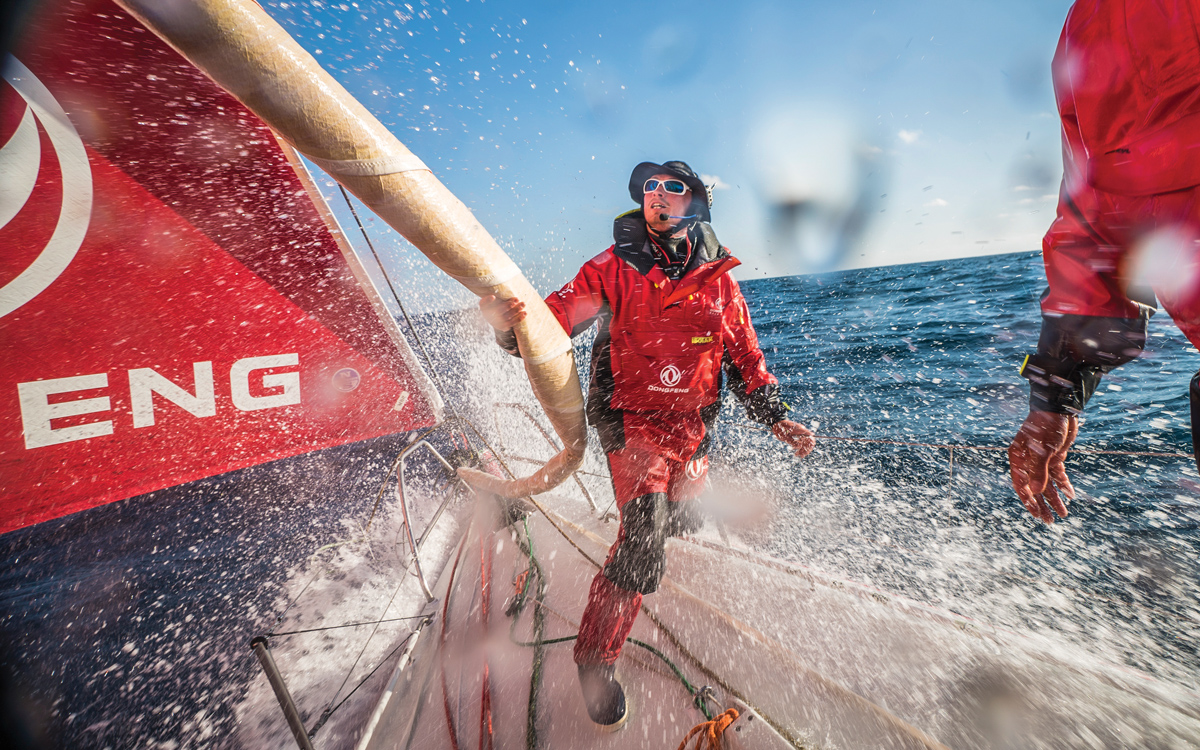 Sailing on big boats is the ultimate team sport, and part of the key to success is putting aside your… 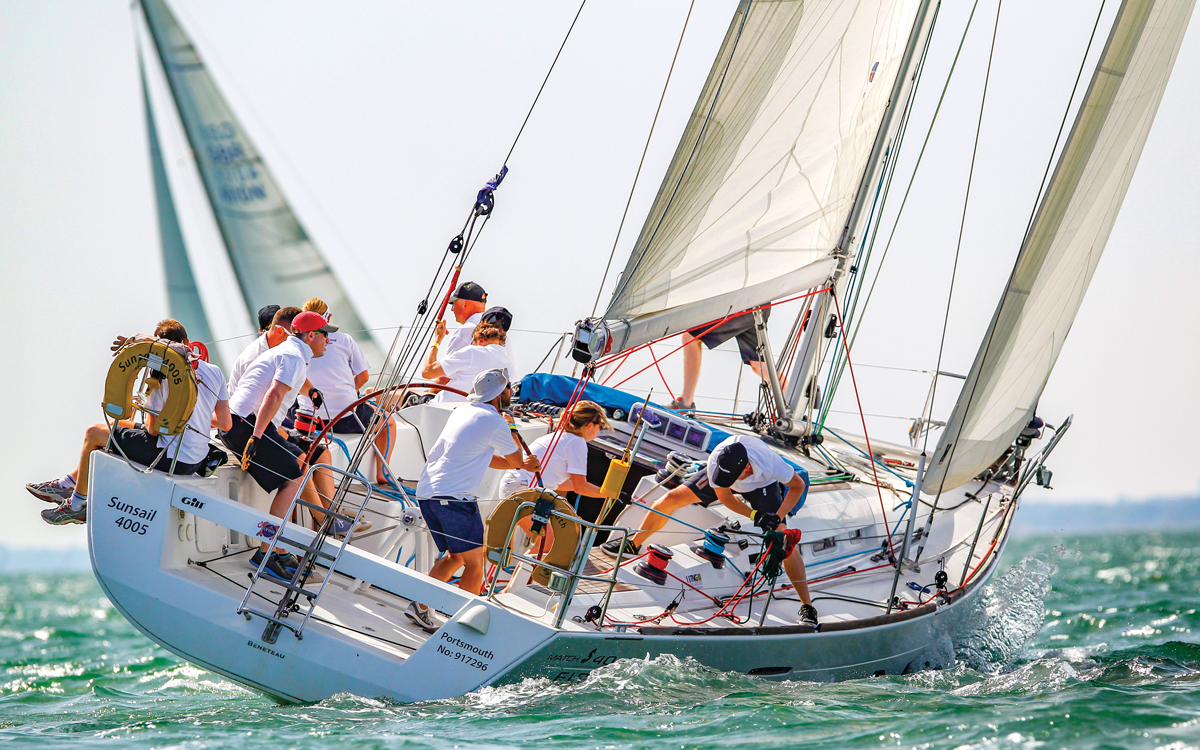 According to Nikki Henderson, good leadership is not about barking orders, it’s about fostering an atmosphere of shared responsibility and…

On Team SCA in the Volvo Race in 2014/15 we had a bunch of girls with lots of offshore experience and another with lots of short-course Olympic and match racing experience. It took us most of the race before we identified people and got them in the key roles that could have the biggest impact. It was frustrating because it felt like we’d wasted time.

The way of speeding up that process is to help every crew member identify their own strengths and weaknesses. For example, as an offshore sailor I do race starts once in a blue moon, whereas an Olympic sailor might do 25 during the course of one training day. It makes sense to put the Olympian on the helm for the start of the race. Everyone has their role to play. It’s not about egos, it’s about key roles.

Often the owner is the skipper, and steers the boat too. Whether you’re the owner or not, I’d strongly advise against trying to do two jobs at the same time. It’s quite common for the helmsman to be barking orders at the crew but, in the process of doing so, not steering the boat all that accurately.

Steering the boat well requires a huge amount of concentration. So does the skipper’s role, which should be to oversee the overall smooth running of the boat and making sure that everyone is working together as a team.

4. Focus on your job

A follow-on from the last tip – and this might sound obvious – but how many of us are guilty of telling other people how to do their jobs on the boat better, rather than focusing on our own position? No matter how well intentioned your unsolicited advice, it’s not going to play well at the time.

In the heat of the moment, at a hectic leeward mark rounding for example, our senses are already overloaded, there’s already too much to do. Keep your head down, do your job with full commitment, and save your comments for when the race is done and dusted.

5. Debrief on the dock

The end-of-day debrief is a critical part of your daily schedule – and should be done the moment you hit the dock. This is the time and place to bring out any feedback from the race, both of your own role and observations about other people’s.

Choose your language carefully. The aim is for constructive criticism, not to take a pop at other people’s shortcomings. Even better is if you have a video running from the back of the boat. I’ve done it a few times, and it is hilariously valuable. You do have to invest that time to watch the video through and have everybody analyse it, but it can be funny as well as quite revealing of some things we may not realise about ourselves. 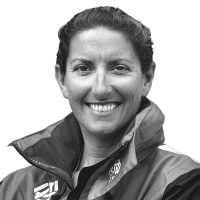 Dee Caffari has made six successful circumnavigations and became the first woman to sail solo both ways round the world. Dee skippered the multinational Turn The Tide On Plastic team in the 2017/18 Volvo Ocean Race.