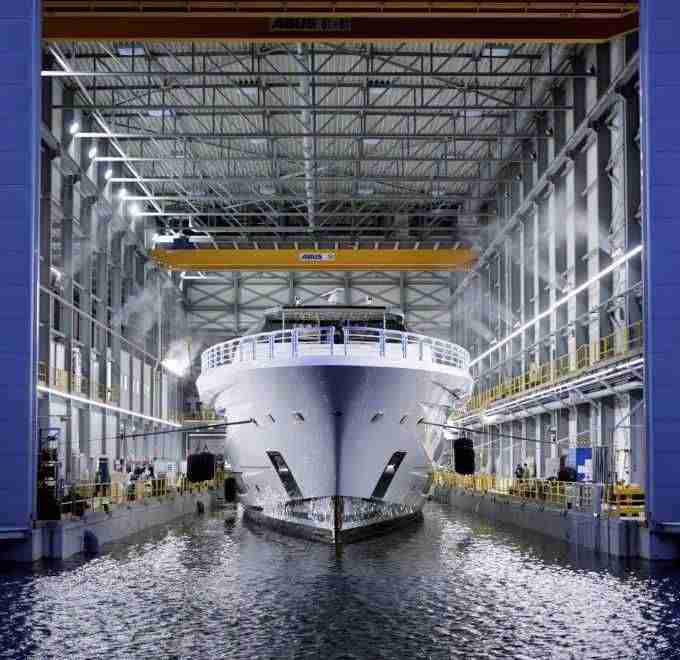 When it comes to designing and building oversized superyachts, the Netherlands is the location that the world looks to, for all aspects of design. But naval architecture is arguably the country’s most esteemed specialism. Here, Asia-Pacific Boating was fortunate to ask two prominent Dutch architects their thoughts on how this field has developed in recent years, where it’s heading – and a little about their projects.

With big shoes to fill, Perry van Oossanen, managing director and naval architect at Van Oossanen Naval Architects, joined his father, Dr Peter van Oossanen’s company, in 2001, after finishing his maritime technology studies. Perry took over the lead of the firm in 2012, together with his business partner Niels Moerke.

Very soon after this, as head naval architect, he developed and patented the revolutionary Fast Displacement Hull Form, which eliminated the difference in efficient performance between displacement and semi-displacement yachts – offering a technical ‘best performance’ at all speeds.

Fast-forward to a decade later, and projects he and his team have worked on recently for prestigious shipyards include the 2021 deliveries of megayachts PHI by Royal Huisman, PHI Phantom by Alia Yachts, Wajer 77 by Wajer Yachts, My Way by Mulder Yachts, as well as two patrol vessels for the Antwerp Harbour by Kooiman Marine Group.

In an interview for this article in February, Van Oossanen mentioned he had 45 projects under construction that contain his firm’s naval architecture and hull form. A few of those in the works were Projects Cosmos, Skyfall, Akira and Sparta – all by Heesen Yachts; Project FB28 by Benetti; and Project Adur by Hakvoort. “Also currently under design, we have a variety of projects at the moment,” he says. “We have about eight for shipyards directly, mainly from the Netherlands and Turkey, and we have about five projects where we are developing a concept, and naval architecture work directly for owners.” For confidentiality, he could not go into more specifics when we spoke.

When asked what he regards as the most important developments in superyacht naval architecture in the past few years, Van Oossanen flags growing awareness and a desire to address the global impact of large yachts. “We see a big surge in the market for the development of green technology,” he said. “More and more clients are rejecting [the idea of] buying a purely diesel-driven yacht. Recent developments show that the technology is getting there, although the possible power levels and capacity are still limited. With our innovations such as the Fast Displacement Hull Form and the Hull Vane, we can design a vessel with a significantly lower power requirement to reduce the required power of a vessel by 30 to 40 per cent. This immediately makes pure electric operation or renewable fuels a lot more viable.

“The Hull Vane [an aft-mounted hydrofoil that lifts the stern at speed to reduce drag] is an effective device to improve medium-speed displacement motoryachts. It is an energy-saving device that uses the stern wave to provide forward thrust, reducing resistance and dampening heave, roll and pitch in waves. Due to the reduced fuel consumption, there is also less CO2 emission.”

“With our innovations such as the Fast Displacement Hull Form and the Hull Vane, we can design a vessel with a significantly lower power requirement, so we can reduce the required power of a vessel by 30 to 40 per cent” – Perry van Oossanen 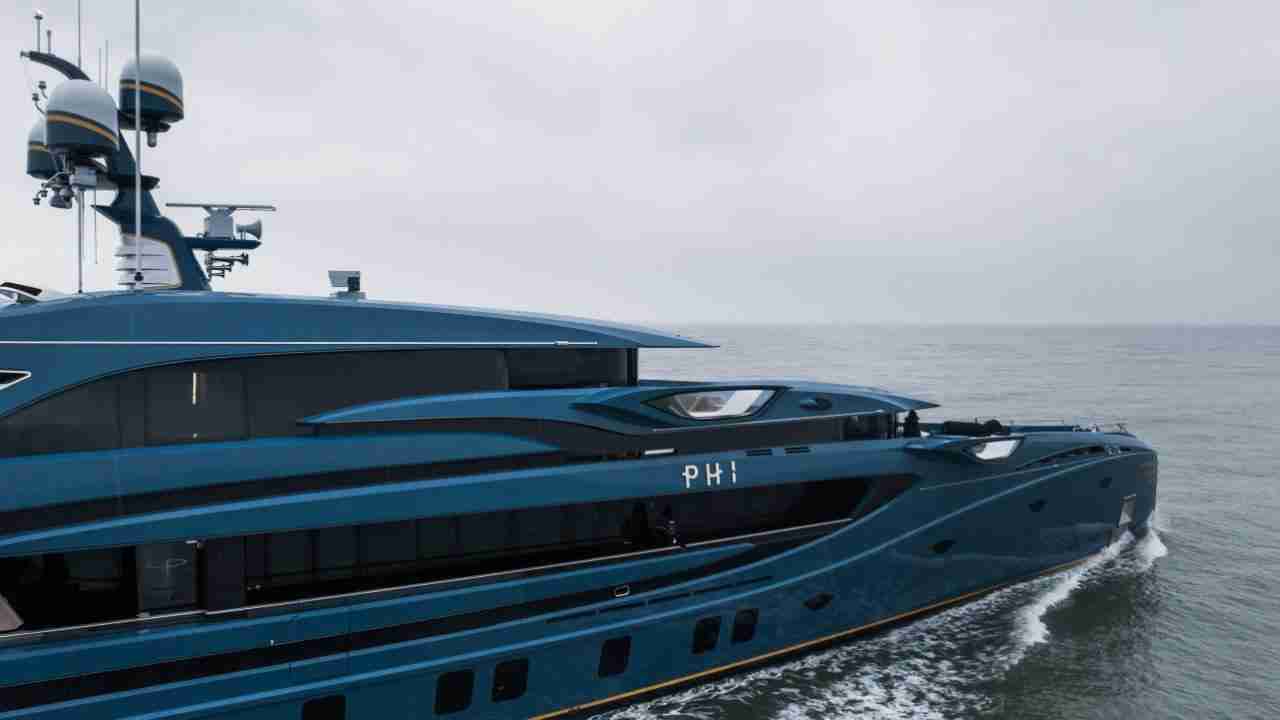 The demand for green energy technology has driven Van Oossanen and his team to rethink hull and overall yacht forms. “It requires a different type of vessel that is more slender, more efficient, more rational,” he explains. “Many of our projects are currently revolving around this.”

In light of the climate crisis, he also considers what naval architects are doing to bolster the integration of renewables, including considering using alternative clean propulsion fuel and energy.

“New concepts, new proportions and different layouts do greatly help to reduce the power demand,” he says. “Of course, a naval architect then needs to have the technological knowledge to venture off the beaten track successfully – and luckily, we are very firmly in that position.

“With these lower power requirements, renewable technology becomes more viable as well. Of course, the fact that a lot of work [is also] being done on this by yacht manufacturers is crucial. Solar power is far from being the primary energy source, but it comes at a low cost, so using it – although it has only a small effect – is a healthy decision. Fuel cell technology is also still in the very early phases. We have to look at hydrogen or methanol engines more as the most [potentially] feasible options.”

“Building in super-tech, state-of-the-art capabilities will be a challenge, but as architects, we, at least, have to design to last for a longer period of ownership to be more sustainable” – Frank Laupman 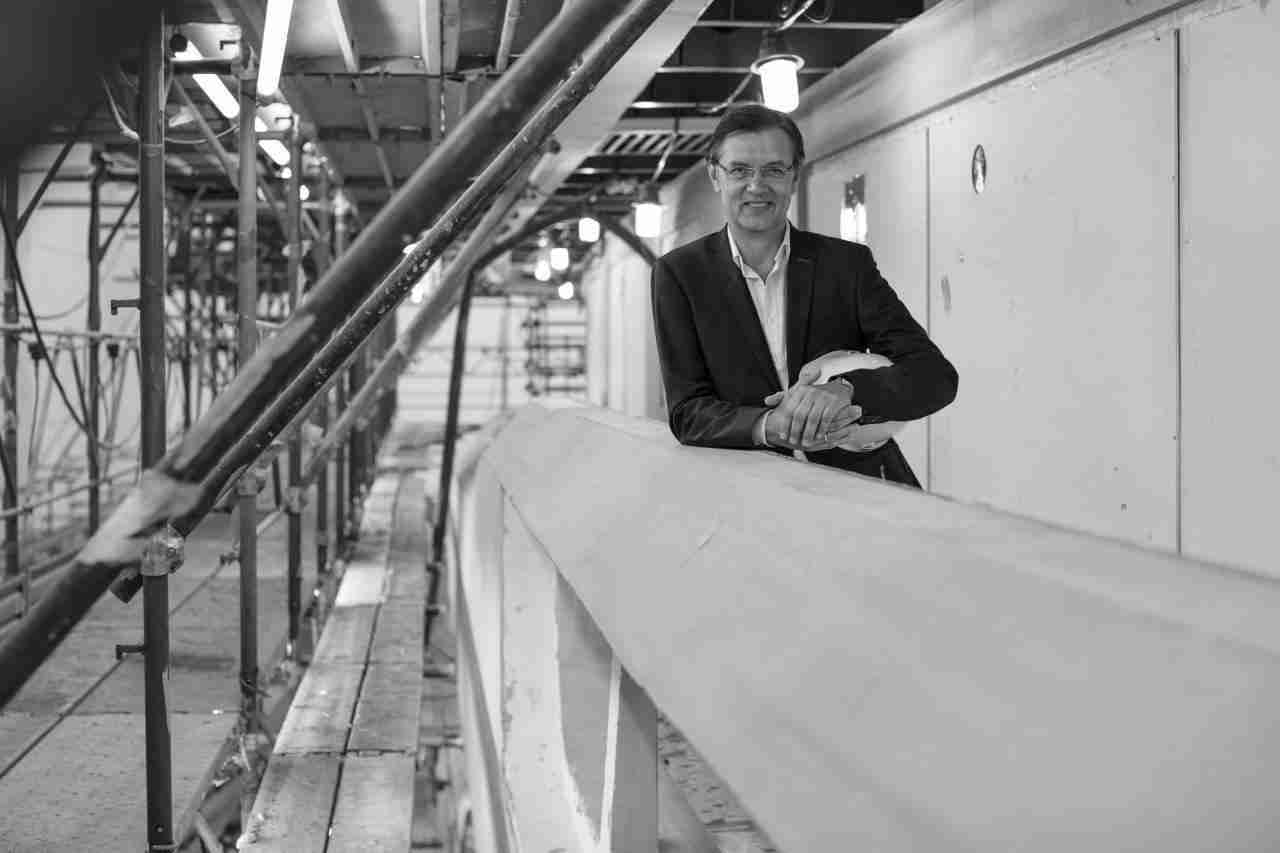 Most discussion on current trends and rationales within large format yachting and in the wider naval architecture sphere – logically, given the explained client and general 2022 mindset – comes back to the overriding concern for transition to energy conservation. “The main challenge is developing new, more efficient concepts and implementing new propulsion technology,” Van Oossanen says. “A lot of innovative companies are working hard on developing the new propulsion technology, and it then takes an inventive naval architect to implement this technology in an innovative new yacht.”

New concepts allow for lower power requirements, which in principle – Van Oossanen says – is a very sound change in the balance between speed, power and cost factors in superyacht architecture. “New technology and new regulations certainly do not help to balance costs, for now,” he adds. “Until this has become common technology, this will remain the case.”

Function is Van Oossanen’s primary mission over form, ultimately. “We make a clear decision not to be involved in the styling of the exterior and interior. We focus primarily on the technical requirements of projects. So we’re always working with other companies who will take on the design, the form, and we bring in the function. Sometimes there may be a conflict of interest, and you have to find synergy for a solution that is actually better than the sum of the form and function separately.”

The architect and team’s current recent favourite (at the time of this interview) is PHI and her support vessel PHI PHANTOM. “Both yachts feature our latest hull innovation, the Fast Displacement XL,” he explains. “This is a first but very important step to a new type of yacht: longer, much more slender and much more efficient.”

And where do Van Oossanen’s goals lie for 2022 and beyond? “The main work to be done is to make the energy transition accessible for all clients and yards,” he says. “As an industry, we all have to contribute and invest in this, to reap the rewards towards the end of the decade.”

“The main work to be done is to make the energy transition accessible for all clients and yards. As an industry, we all have to contribute and invest in this to reap the rewards towards the end of the decade” – Perry van Oossanen 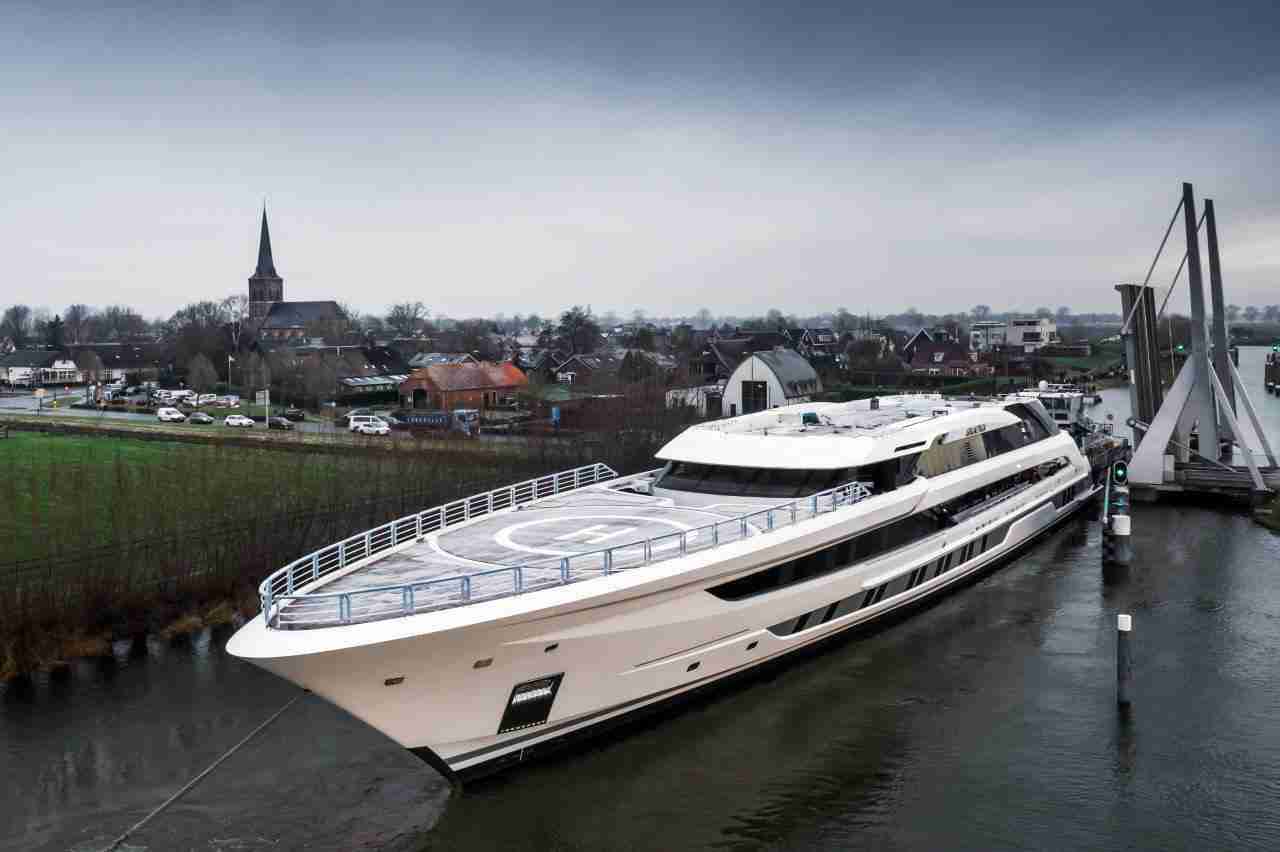 Onto a lauded compatriot peer: Frank Laupman is head of Dutch architect-design studio Omega Architects, founded in 1995. He, too, has designed exteriors and interiors for a roster of award-winning superyachts, like 65m Galactica Star (2016) with an integrated hull and body design that gives her a characteristic exterior, and the hybrid 50m Home – both are megayachts by Heesen. From 2014, Omega began collaborating with Italy-based Ferretti Group’s CRN shipyard, starting with the striking 73-metre Yalla (delivered in 2014); this January, the 62-metre CRN M/Y Rio was launched; and the 52-metre CRN M/Y 142 is currently under construction.

Laupman, who undertakes design elements beyond naval architecture alone, describes his signature style as “clean and sporty yet elegant, with flowing lines that can be chiselled here and there.” Omega Architects is also called upon for initial concept design. And the most recently completed CRN project – the M/Y Rio 62m – was “more of a yacht design-features project,” he says, “with naval architecture done by CRN’s technical department, in close collaboration.”

He continues: “The yacht concept was derived from our ‘Ocean Sports’ concept, developed for and with CRN several years ago, but CRN M/Y Rio has a unique character, as she is entirely personalised and built throughout to the owner’s vision.”

Like Van Oossanen, Laupman sees technological development in naval architecture becoming more entwined with demands for sustainability. “Some shipyards are investing in the build of hybrid vessels,” he says. “So now, we have to dedicate space and weight to alternative power sources and batteries, but it’s essential that we invite science and technology, even more often, to seriously consider reliable and alternative energy sources – and for yachts to be lighter and more affordable. In this, the vessel infrastructure will be the key.”

Building in super-tech, state-of-the-art capabilities in this realm will be a challenge, Laupman adds, “but as architects we, at least, have to design to last for a longer period of ownership and in this way [also] be more sustainable.”