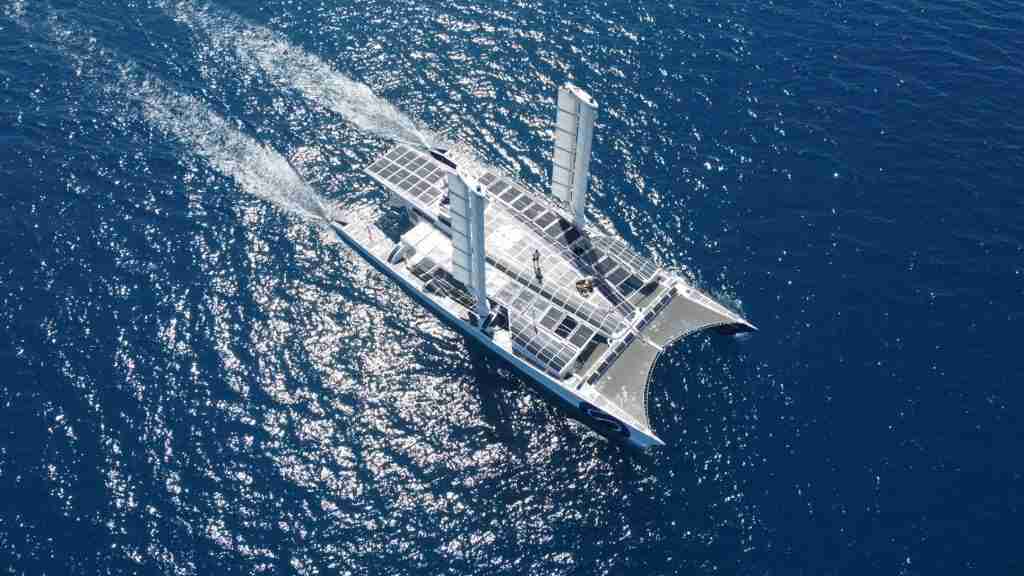 Energy Observer, the zero-emissions boat, has covered over 40,000 nautical miles with zero emissions

On March 10, Singapore’s One15 Marina will see the arrival of Energy Observer, a floating test lab for renewable energy technology at sea. The stopover is to last for ten days.

Energy Observer launched from its homeport of Saint-Malo, France, in 2017, on a mission to sail around the world without any emissions whatsoever. The vessel’s electric propulsion is powered by renewable energies such as the sun, wind and marine currents, and it can store energy in the form of hydrogen produced from seawater. 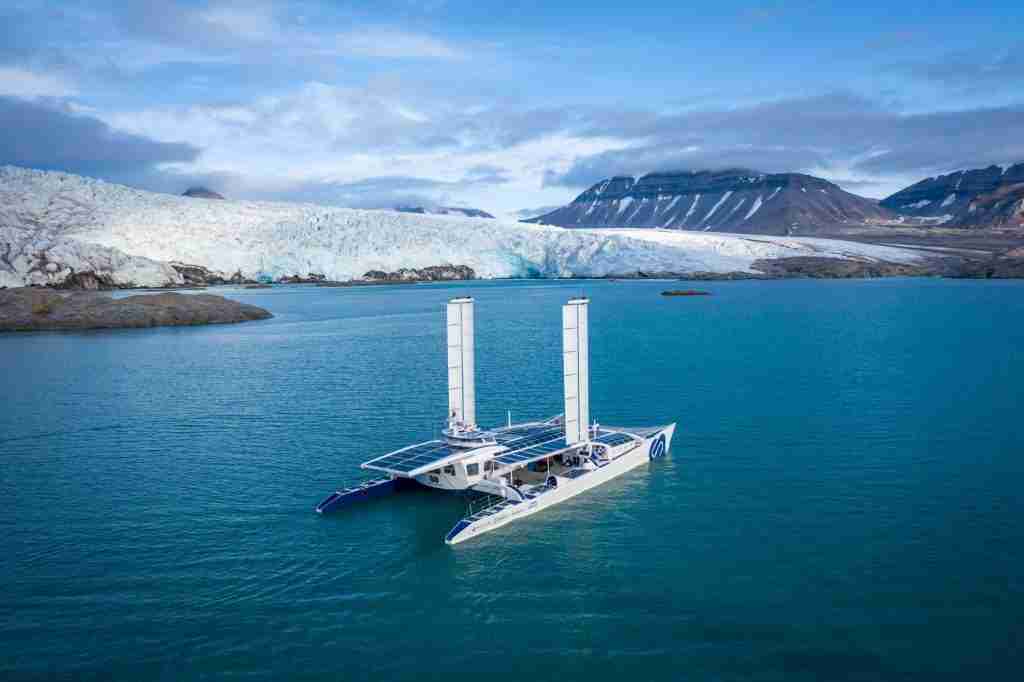 Since departing on its round-the-world odyssey five years ago, Energy Observer has travelled over 40,000 nautical miles solely on renewable energy. 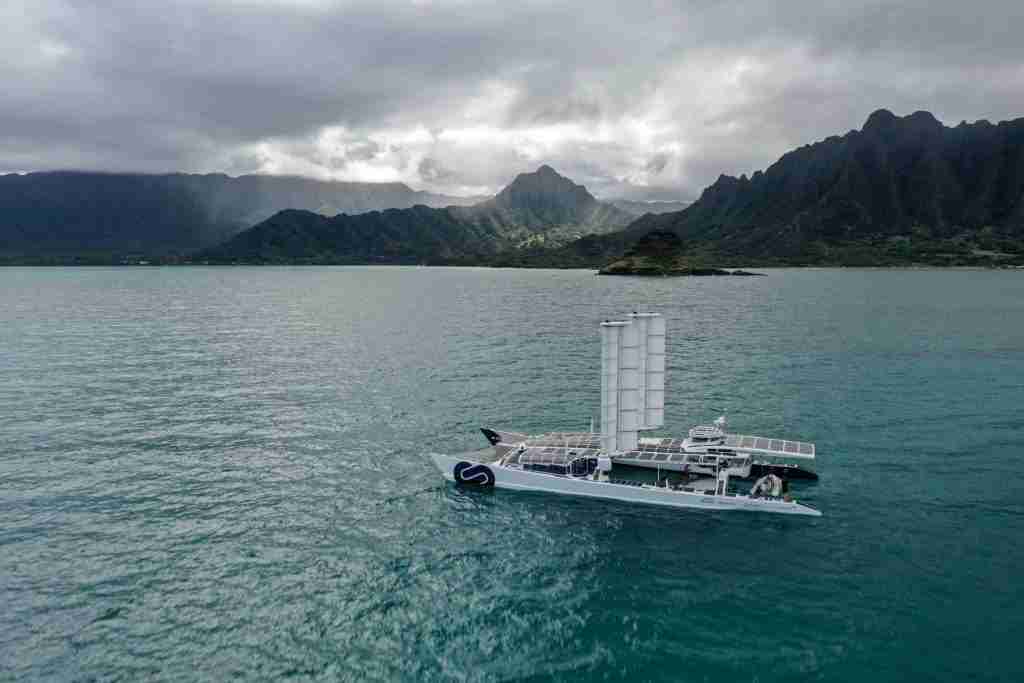 Energy Observer arrives in Oahu, Hawaii, as part of its voyage across the Pacific in 2021

In 2021, the boat entered the Pacific Ocean, reaching the Galapagos and then Hawaii before heading to New Caledonia, and then on to Singapore — the vessel’s first event stop in Asia before it goes on to Pattaya, Thailand. The plan is to finally return to France in 2024.

Energy Observer and the organisation behind it are the brainchild of French sailor and merchant seaman Victorien Erussard, who began work on the project in 2013.

According to Energy Observer’s General Manager Louis-Noël Viviès, Erussard came home from a regatta very drunk, with a racing trophy and a bouquet of flowers. His wife simply told him to put the cup in the garage, the flowers in the fridge and go sleep it off. For Erussard, and many other French sailors, moments like this signalled the need for a more meaningful mission at sea. 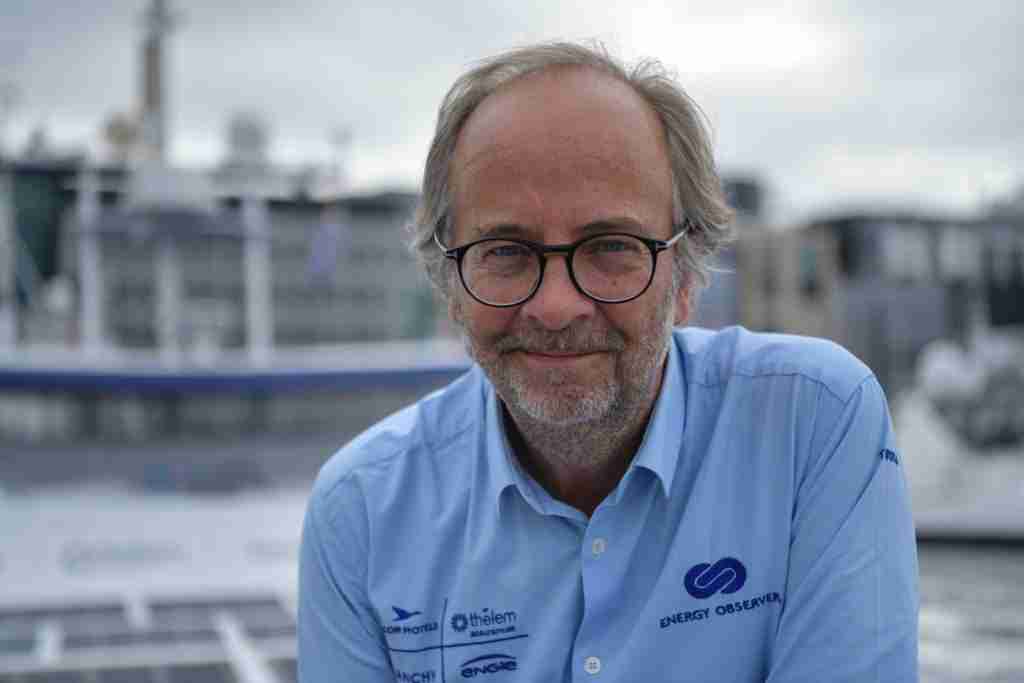 Viviès, who was once a team manager for ocean-going trimaran racing and was even involved in the French bid for the 35th America’s Cup, said that some of France’s greatest sailors have begun to wonder why they are spending millions of Euros on new foils, masts and sails for the sake of breaking a sailing speed record. Why not put those many millions toward making renewable technology work better on a boat?

“I think Olivier de Kersauson, Franck Cammas, Michel Desjoyeaux – these three guys have probably spent more than €200 million in the last 20 years just to go a little bit faster, to just to win against each other,” Viviès told Asia-Pacific Boating.

Read: How the yacht industry is using tech to fight climate change

“We do all this for what? Let’s spend the same amount of money to get the same standard of efficiency out of a fuel cell… We can do it ourselves as engineers and sailors, put it to sea, and see what happens.”

In 2017, Viviès joined Eurssard on his quest to create a seaborne testing lab for renewable energy technologies. It is not just about whether solar panels can generate electricity – it is also about seeing how all the components work under the stress of being at sea for tens of thousands of nautical miles. Everything from the pipes and valves that supply hydrogen gas to the electrolysers, the battery systems, and most importantly, the software and onboard computing required to wring out every bit of power from renewable resources. 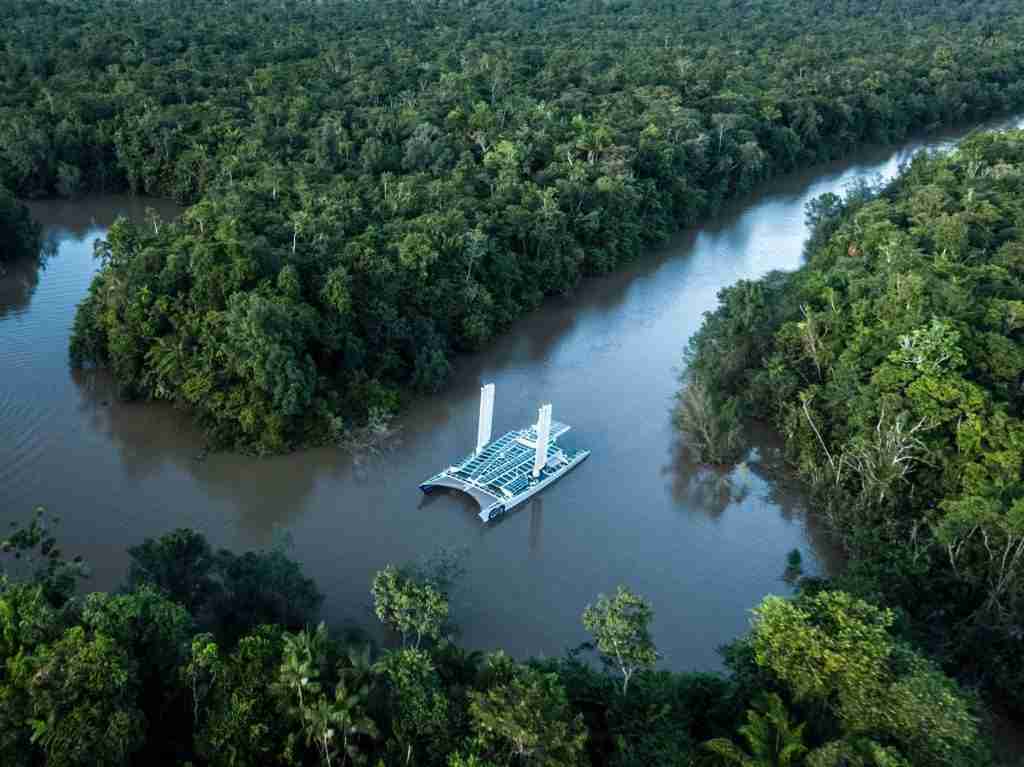 “We have tried many different technologies, such as kites, vertical windmills, different types of propellers, different types of fuel cells,” Viviès says, adding that the biggest benefits happen when two types of renewable energy are used together. “Each year, (we are) changing and improving the components.”

The main technology that has been developed in these past few years is the computer code needed for precise management of the controls and energy inputs. The pitch on propellers, the angle of wing sails, the output of electric motors – all need to be calibrated carefully to achieve the greatest amount of power with relatively stable generation. 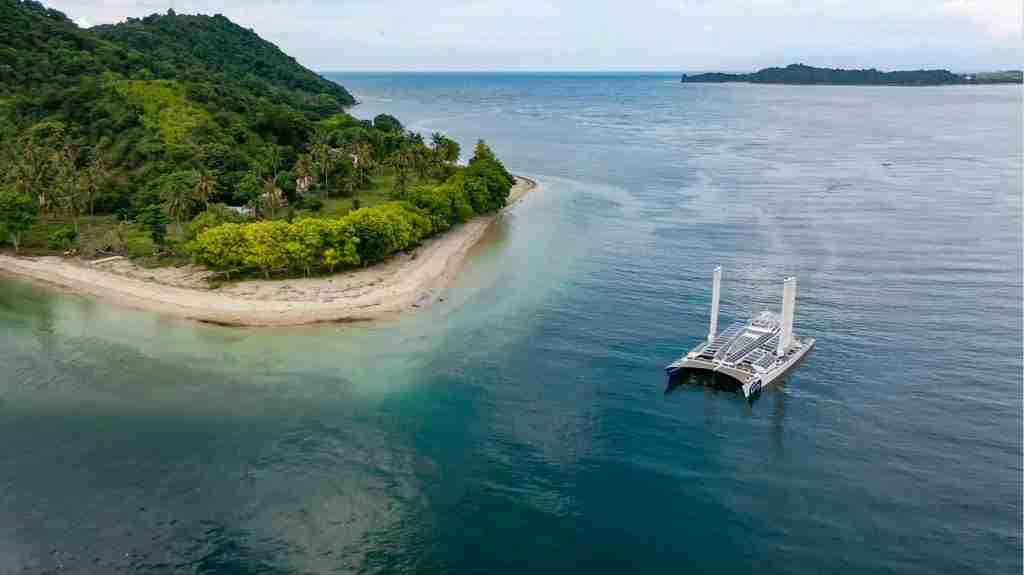 Since 2019, Energy Observer’s hydrogen fuel cells have been provided by Toyota, which is at the forefront of hydrogen-powered vehicles. Energy Observer’s engineering team developed the original fuel cells. The new cells by Toyota are mass-produced, making them cheaper and more reliable.

Meanwhile, the team at Energy Observer have established a subsidiary, EODev, which supports the industrial and maritime application of hydrogen fuel cell technology. EODev has supported the development of the Hynova 40, the world’s first hydrogen-powered open motoryacht.

The Energy Observer has two rotating crews, each with sailors, engineers, marine scientists and even journalists onboard. Viviès takes some delight in the fact that engineers on Energy Observer wind up trapped at sea for weeks at a time, with nothing to do but tinker and improve the systems onboard.

The Energy Observer organisation gathers funding from numerous partners and sources, including technology companies and even family offices. It falls to Viviès to ensure that the programme never gets bogged down and that all the members of the team work together. “We are not part of any national R&D programme, because it is too heavy and too long. We want to be free to use Japanese fuel cells, with US software, with Canadian tanks, Italian solar panels, we need to have this independence to be fast; to be agile.”

The next step is for the technology and solutions developed on Energy Observer to be applied to the yachting and commercial shipping industry. Viviès says that superyacht owners have already been in touch with the Energy Observer’s team about retrofitting hydrogen-powered gensets to cut emissions. He also notes that various cruising grounds in the French Mediterranean are adopting regulations to control emissions, causing some owners to look for solutions now.

But emissions reduction in commercial shipping is the main goal of the team at Energy Observer. “Over the next two years, we will focus on commercial shipping. It is the only way to convince fuel suppliers and companies like Air Liquide to invest in hydrogen infrastructure in ports.”

The foundation recently announced a plan with French shipping giant CMA CGM to produce an all-purpose cargo vessel, the 120m Energy Observer 2, which will feature hydrogen fuel cell technology and wing sails. Viviès says that CMA CGM wants to launch the new vessel in 2025. Viviès estimates that about 37% of the commercial shipping fleet is typified by Energy Observer 2.

Hydrogen-fuelling infrastructure for commercial shipping and superyachts barely exists, yet Viviès reckons it may take another five or six years before hydrogen fuel infrastructure becomes commonplace enough to support a wide range of trans-oceanic vessels.

When that happens, Energy Observer’s mission may finally be complete.