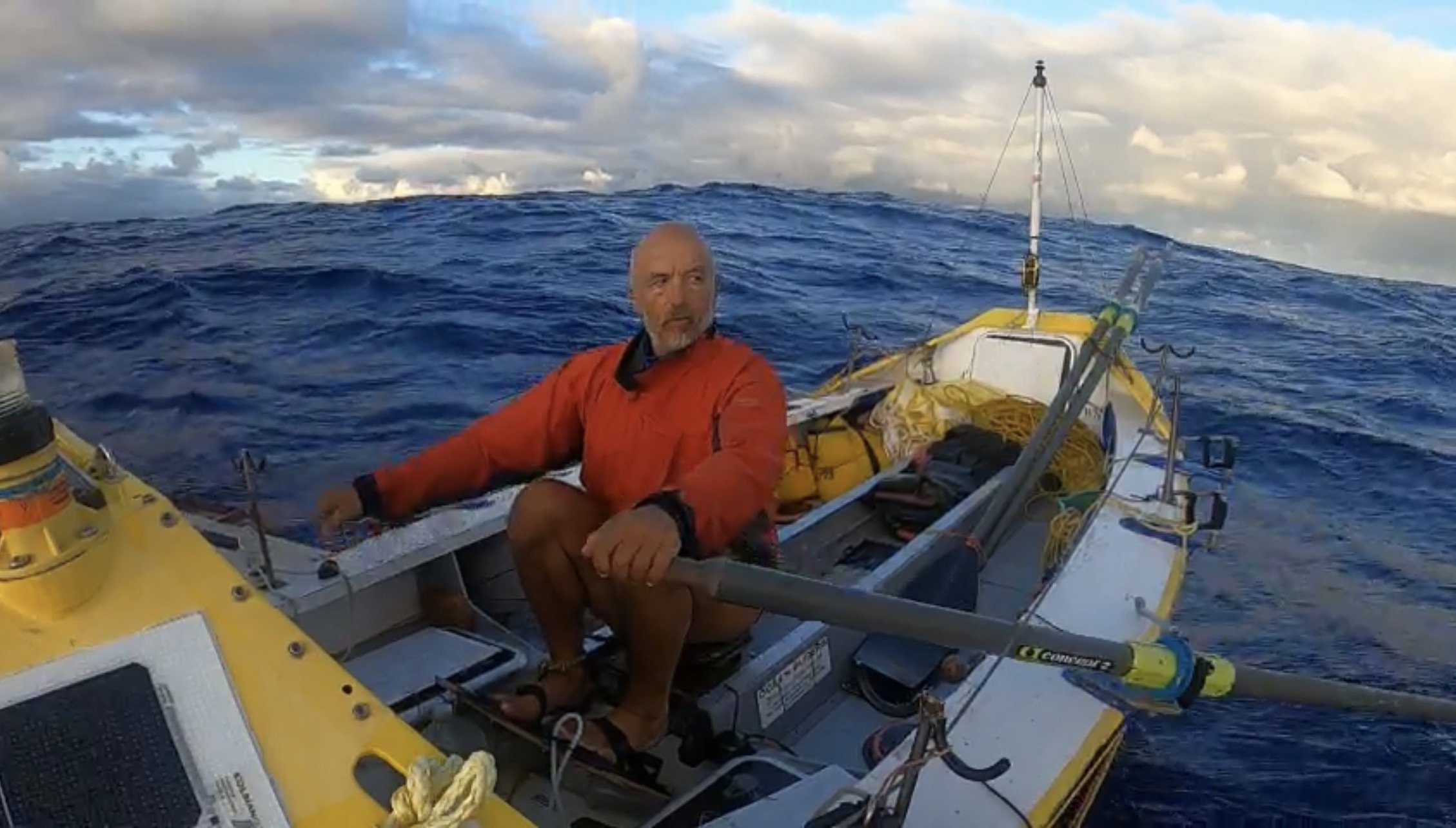 On June 21, 2012, Erden Eruç became the first person in history to complete a solo, human-powered circumnavigation of the Earth in a journey that lasted five years, 11 days, 12 hours and 22 minutes. He used a rowing boat to cross the oceans, a sea kayak for the shorelines, a bicycle for the roads and canoes for river crossings.

By doing this, Turkish-American Eruç became the first person to row the world’s three major oceans solo. And in addition to circumnavigating the globe, his adventure included attempting to summit the tallest mountains on the six continents other than Antarctica – also known as the ‘six summits challenge’ – which he did in tribute to his close friend Swedish Göran Kropp, who died in an accident while mountain-climbing with Eruç in 2002. 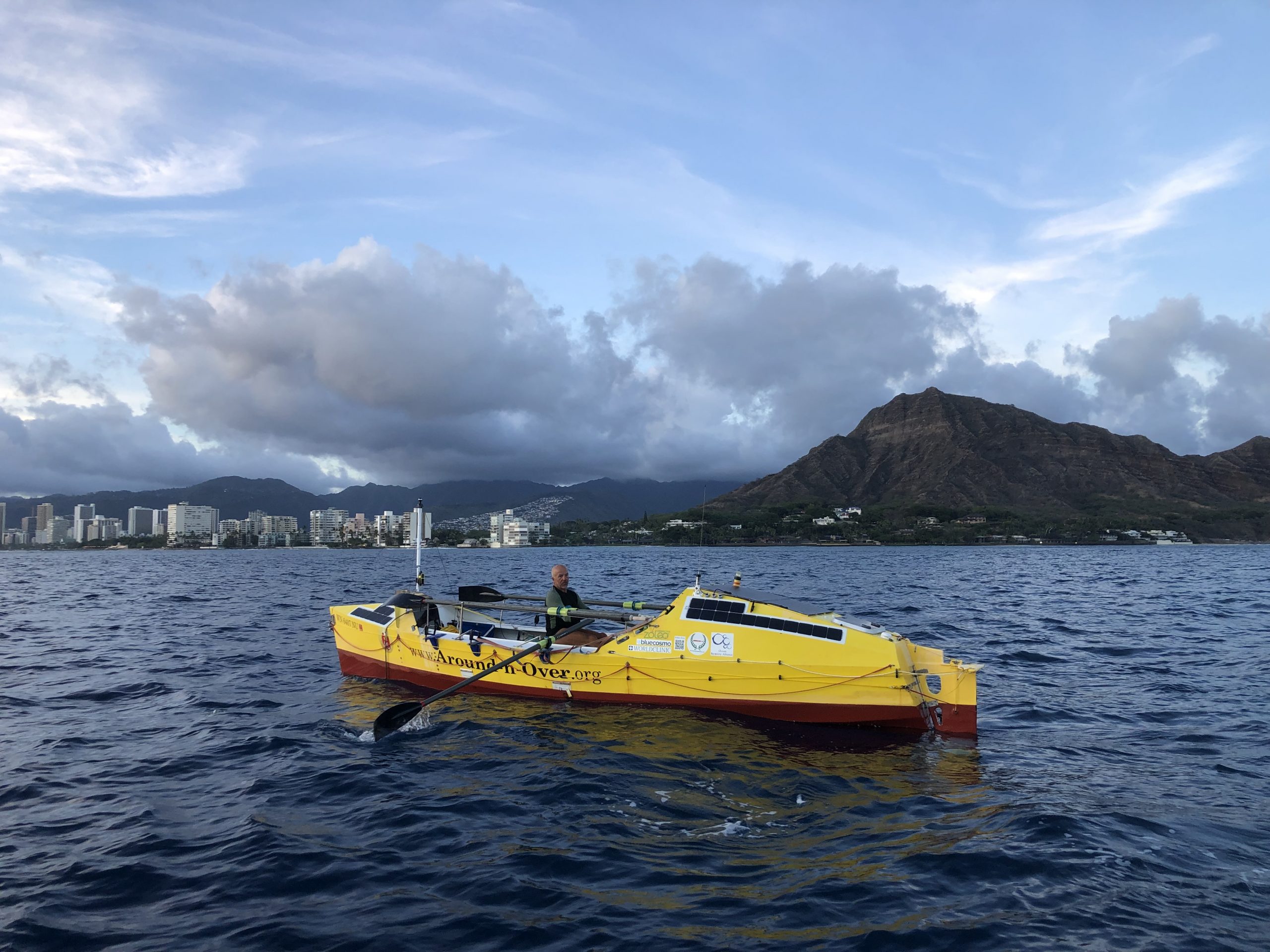 All in all, his five-year expedition earned Eruç 15 Guinness World Records and the status as one of the greatest adventurers of all time. These records include: most days at sea by a solo male ocean rower, at 844 days; longest solo row across an ocean, at 312 days across the Pacific Ocean and greatest distance rowed solo on the ocean at 23,473 nautical miles (43,473km).

But this wasn’t enough for the software engineer turned adventurer.

On June 21, 2021, Eruç departed Crescent City, California, in the US and reached Legazpi, Philippines, in late March, making him the first person to cross the Pacific Ocean by human power from North America to Asia. He had hoped to enter Hong Kong prior, but was unable to enter due to visa issues.

“Routing was a big challenge. I initially had difficulty overcoming the coastal winds, which tried to take me southeast toward Mexico. Then, hurricanes threatened my safety before I made landfall at Hawaii after 80 days at sea. I spent a month there letting the storm season advance while trying to secure a visa to China,” Eruç told Asia-Pacific Boating. “That proved to be a futile effort.” 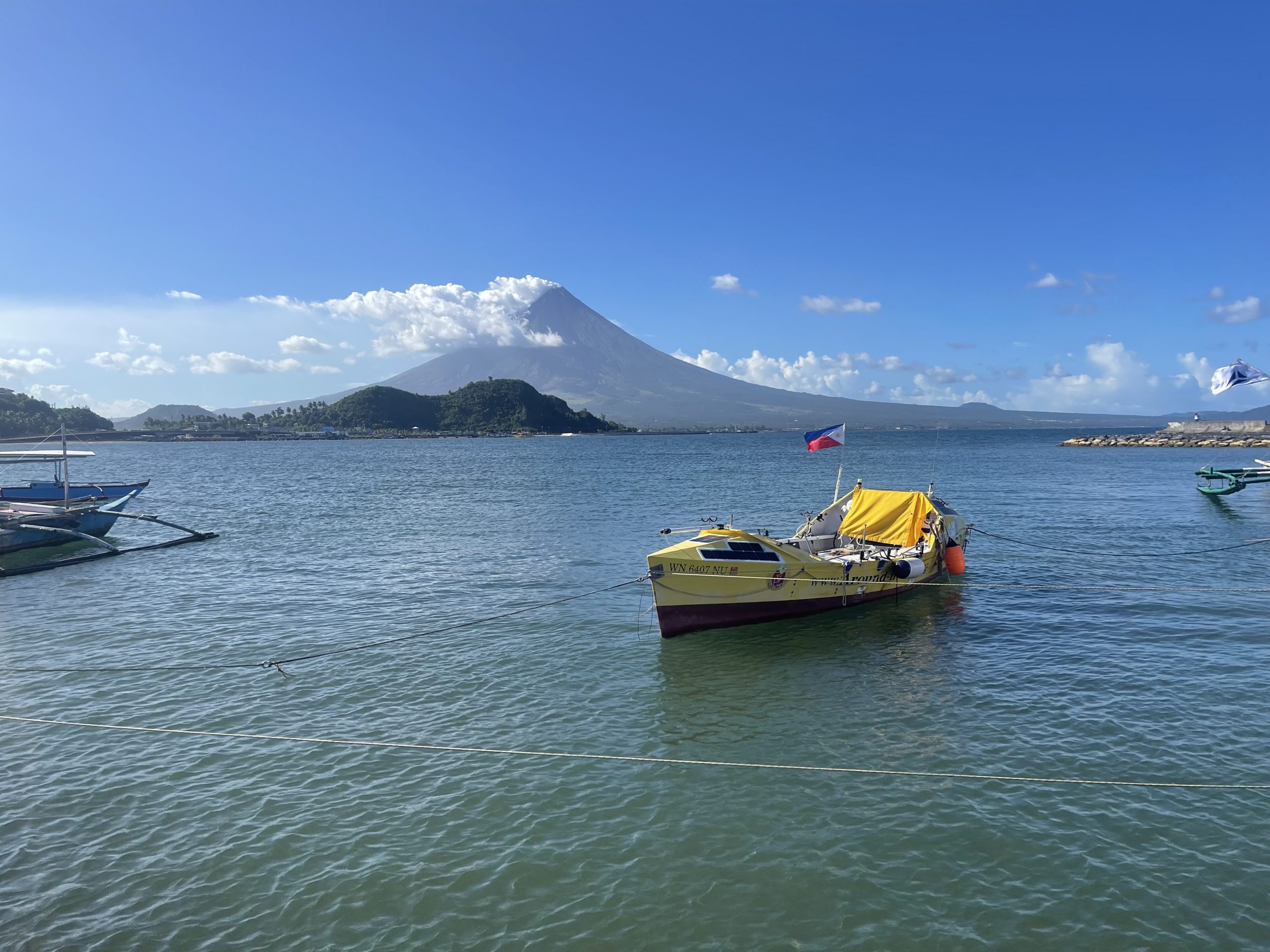 He relaunched from Hawaii in October and was hit by a storm in early December, when a big broadside wave damaged his boat. This caused him to move slower than he had originally planned, and by the time he had reached Hong Kong in January, the city was hit with the start of its biggest Covid wave and began implementing a three-week quarantine rule.

“I decided to change course towards Guam,” Eruç said, “and 128 days after leaving Hawaii, I met my wife there, who had arrived in Guam for Valentine’s Day. A high-school friend hosted us for a week, becoming the best logistical support.

“I initially had difficulty overcoming the coastal winds which tried to take me southeast toward Mexico. Then, hurricanes threatened my safety before I made landfall at Hawaii after 80 days at sea” – Erden Eruç

“The Governor of Guam, senators, port authority and tourism bureau representatives all came to my send-off from the Marianas Yacht Club on February 21,” he continued. “Then, 30 days later in Legazpi, the Governor of the province accepted me after my landfall; council members, the tourism bureau and Albay Yacht Club officers all welcomed me. Without fail, others find inspiration to participate, choosing to honour my journey, which is a blessing.”

But Eruç’s journey is far from over. He will return to Legazpi at the end of the year, repair the damage to his rowing boat then cycle to the northwest corner of Luzon Island. He plans to relaunch his repaired and restored boat in late January 2023, and his next destination will be Danang, Vietnam.

He is looking to complete the six summits again on this quest, having already completed three of them, with Mount Elbrus, Aconcagua and Everest remaining. He is still seeking sponsorship for the Everest summit, and, unfortunately, the war in Ukraine has created uncertainties about travelling across southern Russia to climb Elbrus.

“If I can summit Elbrus, I should cycle through Turkey, then across Europe to southern Portugal before I relaunch by rowboat to the Guianas [in South America],” Eruç said. “After summiting Aconcagua, I would like to return overland to my starting point at Crescent City in Northern California.”

Eruç is the founder and president of Around-n-Over – a non-profit organisation started in 2003, launched to educate and inspire children by developing educational activities based on the realities of human-powered exploration and adventure. These activities are based on things like geography, mathematics, natural science, physical fitness and social studies. 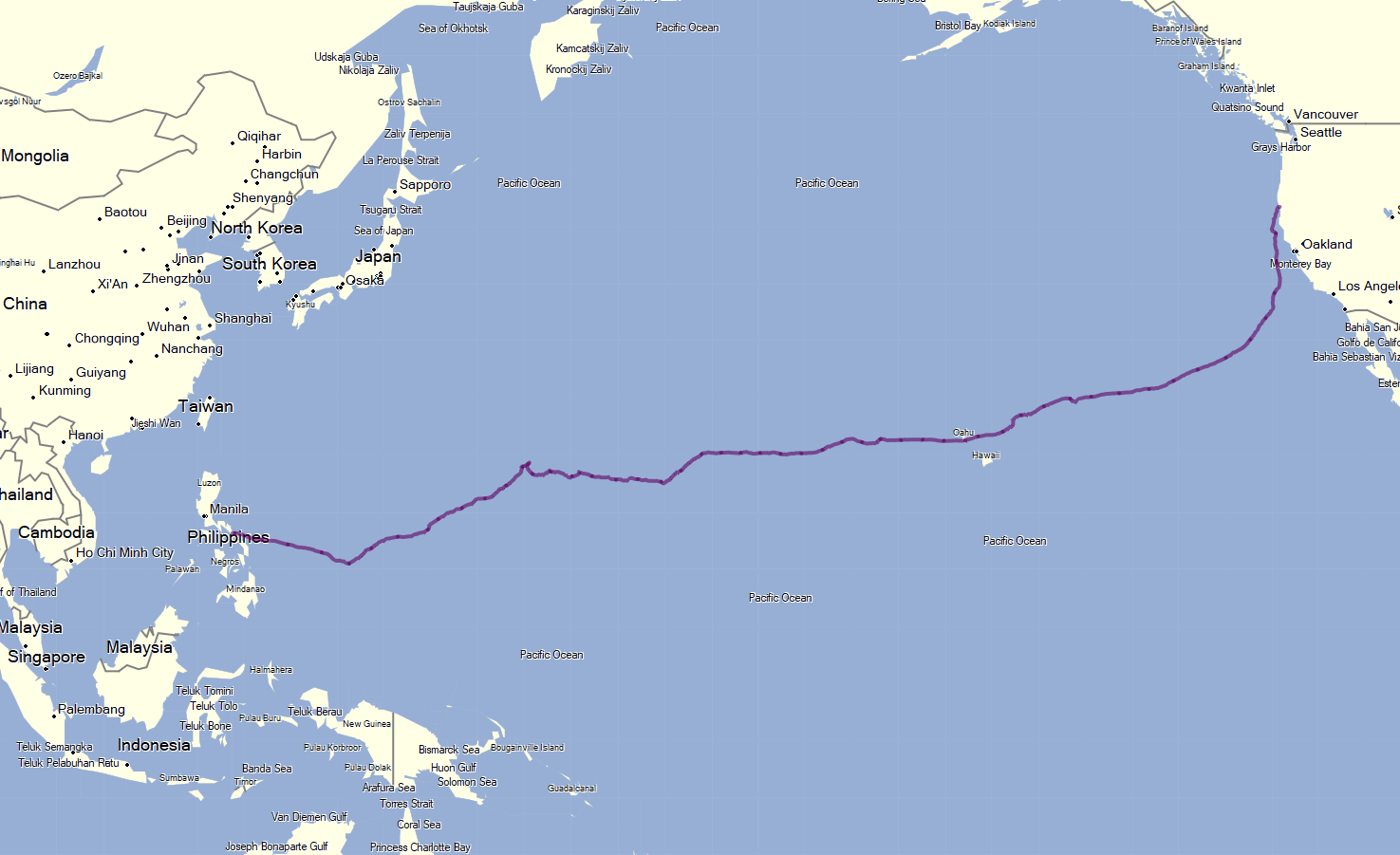 “When I began my circumnavigation in 2007, I did not know whether I could finish it,” he says. “It involved growth and became a process of self-realisation in that I had to evolve into the person who could accomplish historic firsts and set 15 separate records.

“That is why I encourage students to think big, to aim high and not to clip their own wings. The individuals today that have doubts, will look back tomorrow to the arduous growth path taken to accomplish their dreams and feel proud of their accomplishment.”

He also hopes to inspire anyone who thinks they are too old to take on bold new risks and adventures, as the 60-year-old intends to be still adventuring well into his 70s.

“I would like to think that I still can be active and take on big challenges in another 10 years; that is what I was saying to myself when I was 50,” Eruç said. “Remaining active and leading a healthy lifestyle, and not smoking and continuing to physically challenge myself over the years, have maintained my base level of fitness while giving me a sense of my own limits. Experience, knowledge, skills and connections all take time to gather, so age has its advantages if one can turn all of those into wisdom.” 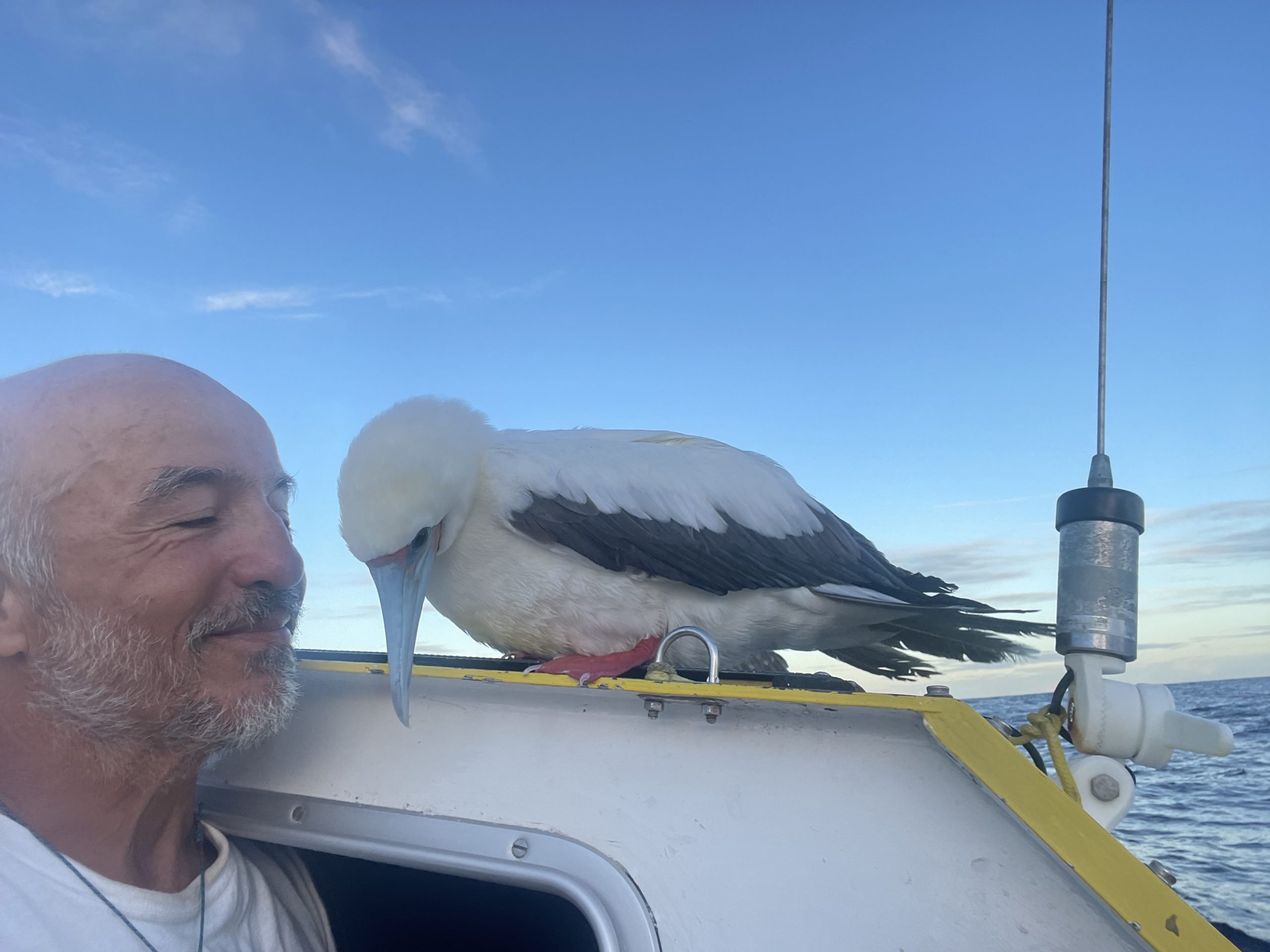 The adventurer plans to relaunch his repaired and restored boat in late January 2023. His next destination is Danang, Vietnam

Eruç is a licensed sailing instructor at the Seattle Sailing Club – as he believes spending time on the water is “an excellent form of meditation”. He recently received his Yachtmaster Offshore certificate at the Royal Yachting Association. He hopes to inspire members of the boating community – particularly high-net-worth individuals – to increase their philanthropic efforts.

“Not only should there be philanthropic effort by well-to-do individuals, but also political involvement by the community to influence governmental entities to commit more resources to water quality, marinas, docks, training facilities, aids to navigation, search and rescue units and certification processes,” says Eruç, who is also an Ocean Ambassador at the Ocean Recovery Alliance. “Engaging the youth regardless of their family income is a good way to raise responsible individuals while bringing up the next generation of able sailors and yacht persons.

“I cannot think of a better legacy than to be remembered well by future generations.”