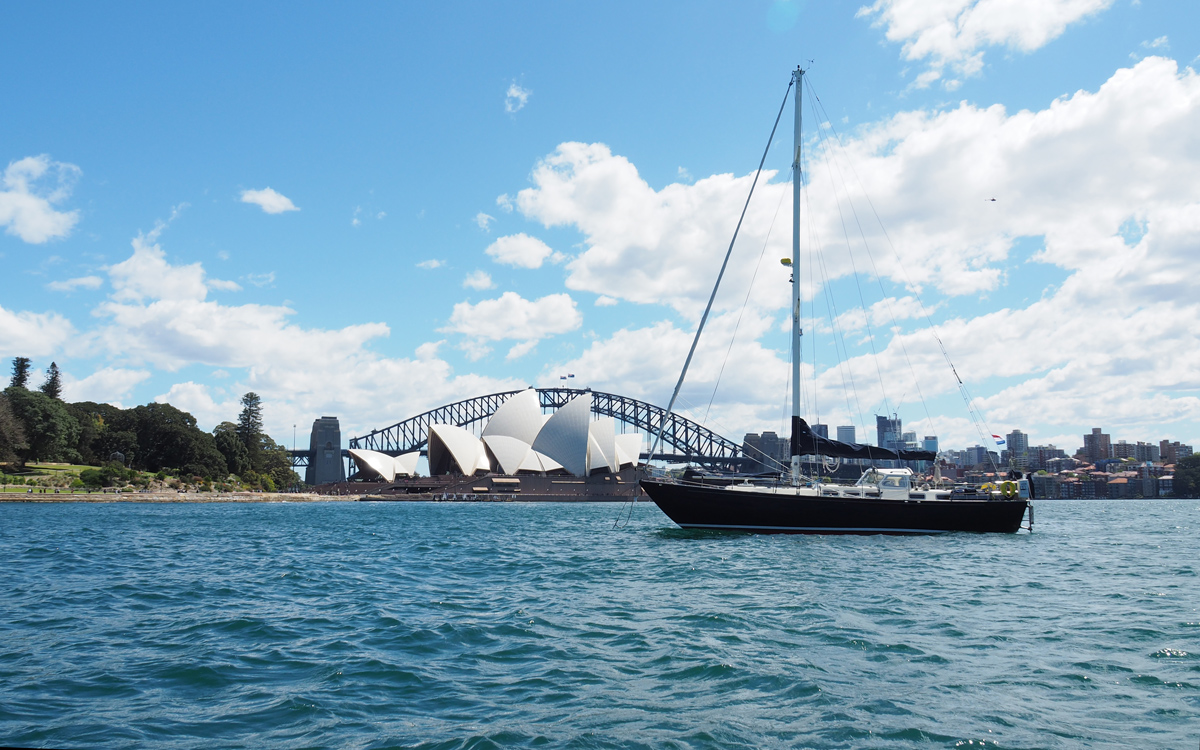 “It doesn’t matter where you choose, you can’t go wrong in Australia. There are so many wonderful cruising grounds,” says Hank Rosendal, a Dutch-Australian sailor. His Amel 53 Tempest is currently moored in Albany, West-Australia. And he’s right: you could sail a lifetime around Australian shores and still not see everything.

So for a foreign cruiser there is a difficult choice: how much time do you want to spend in Australia and what can you do and see? Classically, on a trip around the world, cruisers sail from the islands of the South Pacific to New Zealand for the cyclone season: a tough crossing but with the rich rewards of New Zealand hospitality and boat maintenance facilities.

From New Zealand many go back north to Vanuatu or New Caledonia and then on to the Indian Ocean. For those a short pitstop in Australia in either Cairns, Thursday Island or Darwin is logical. Visits to the Whitsunday Islands and the Great Barrier Reef will add the wonderful experience of tropical Australia. 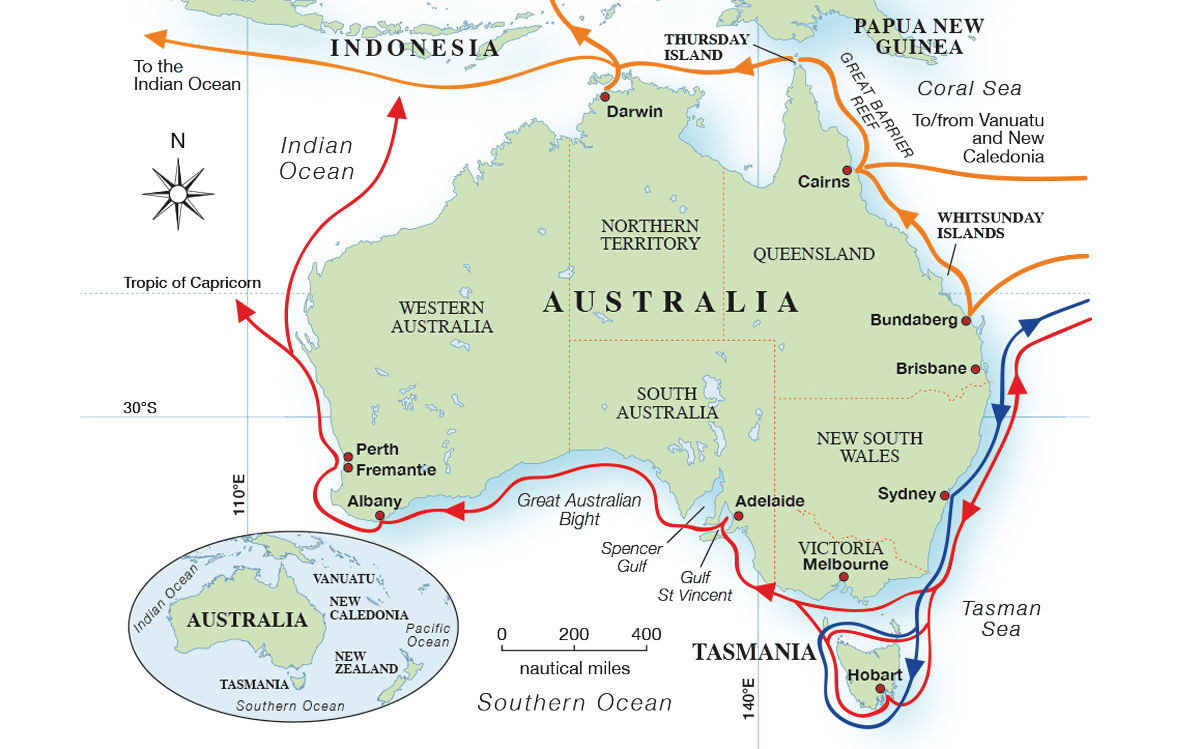 Australia is a vast country: don’t underestimate the distances you’ll sail. From Bundaberg to Sydney is a little under 500 miles; add 628 miles for the trip from Sydney to Hobart. If you go from Hobart to Perth across the Bight, you’ll be adding another 2,250 miles.

But in the past decade more and more cruisers have viewed Australia as a destination in itself. And that opens up a whole new perspective. The tough 1,000-plus miles crossing from the Pacific Islands to New Zealand is no longer necessary – a downwind cruise of around 700 miles from New Caledonia to the east coast of Australia is much more comfortable.

The boat can be safely left in Australia while you fly home, or you can keep sailing. The most important thing to consider is to stay below 30°S; the official cyclone belt lies to the north of this latitude. Instead of having to wait for the cyclones to pass, cruisers can sail on and explore Australian waters.

There are myriad choices to make depending on the distances you are willing to cover. Two popular options are to make landfall near Brisbane in Queensland and sail south to Sydney and back, or to continue sailing to Tasmania. 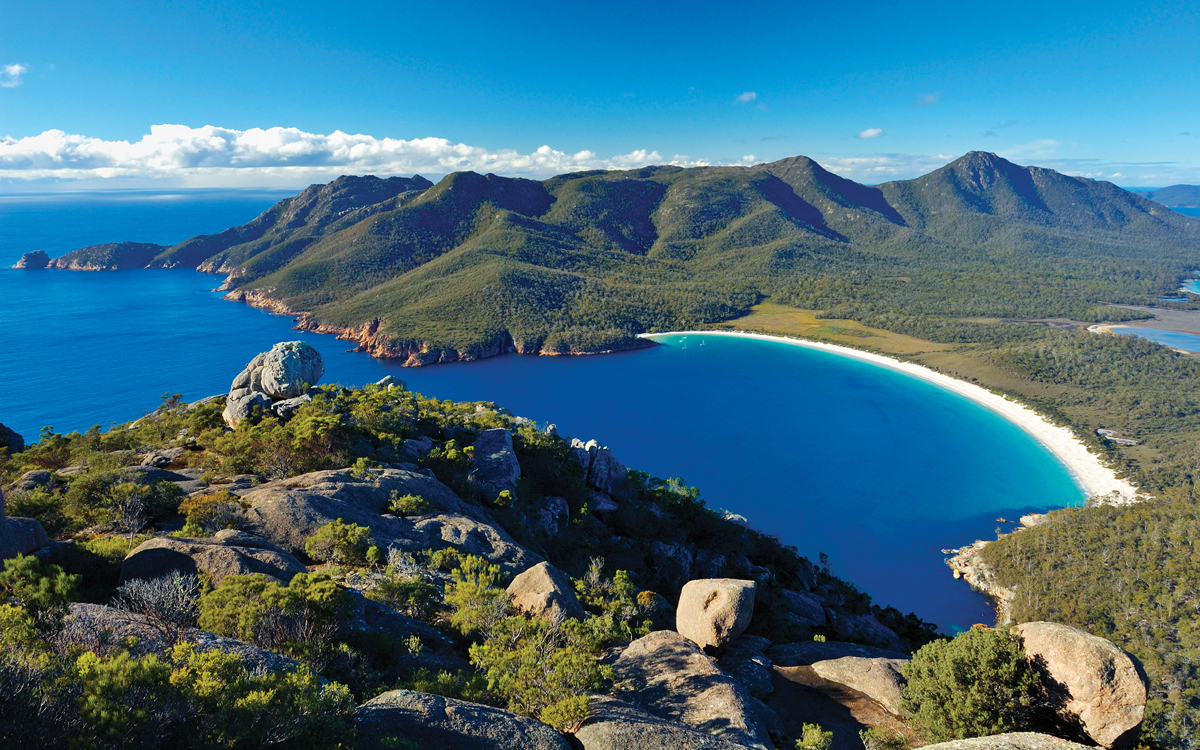 “No pizza today.” When this announcement is made at Port Cygnet Sailing Club, all conversations among members in the clubhouse… 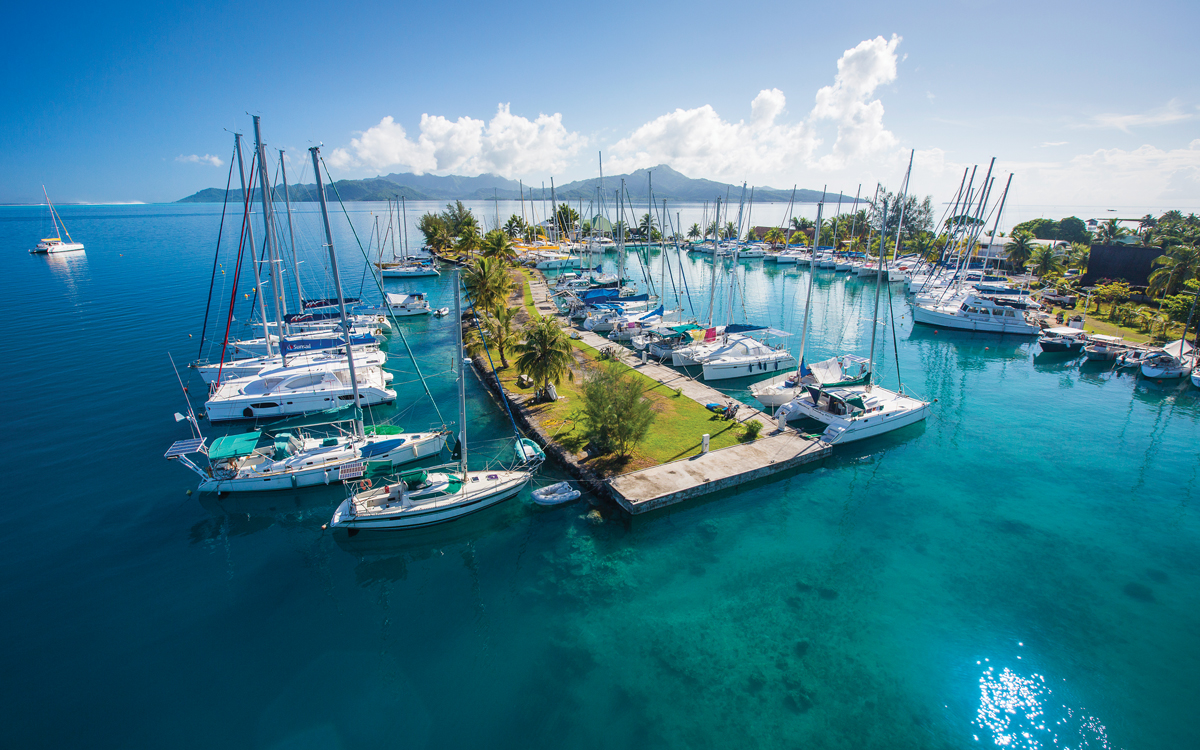 Buying a boat, sailing across the Atlantic and then exploring the Pacific, before selling it for the purchase price in…

South African cruiser Brent Grimbeek has chosen this second option: “I love the diversity that the Australian east coast has to offer. Most of the distances between ports are short, so we daysailed our Lagoon 44 Impi from port to port. Crossing Bass Strait is always a challenge, but the effort is richly rewarded by the stunning nature and landscapes of Tasmania.”

His wife Ana adds: “There is the annual Go West rally between New Caledonia and Australia. Although we have made this crossing a few times now, we enjoy participating in the rally: it makes entry into Australia easier and it is fun to meet like-minded people.”

British solo sailor Thom D’Arcy sailed his Vancouver 28 Fathom along the east coast from Bundaberg to Sydney and back up north, all the way to Darwin. “I’m very pleased I took Fathom to Sydney. The sense of achievement on entering such an iconic port is fantastic.” 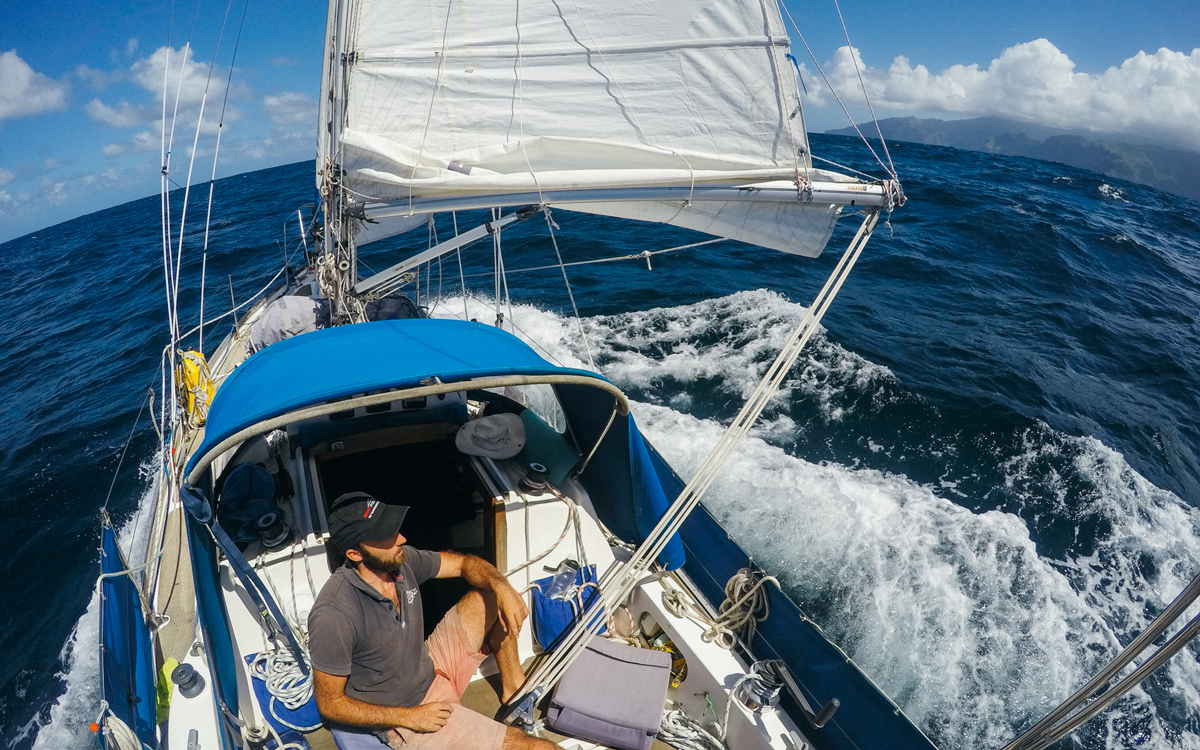 For those with a taste for speed and endurance, sailing south along the east coast of Australia can be ‘spiced up’ by entering the Sydney Hobart Yacht Race. Paul Billingham, Commodore of the Cruising Yacht Club of Australia explains: “We encourage foreign yachts to participate in ‘the Hobart’ as part of their trip around the world and extend all the necessary help and support to make it happen for them.”

There is also a lesser used track to cruise around the south of Australia and up the west coast. After studying the weather patterns closely, we saw that the tough westward crossing of the Great Australian Bight is feasible in the summer months of February and March.

A succession of high-pressure systems chases the prevailing south-westerly winds away and makes for periods of four to seven days of nice easterly winds. A cruise ‘along the bottom’ of Australia not only gives the opportunity to visit Tasmania’s lesser known cruising areas on the wild west coast, but also puts cities such as Adelaide within reach. 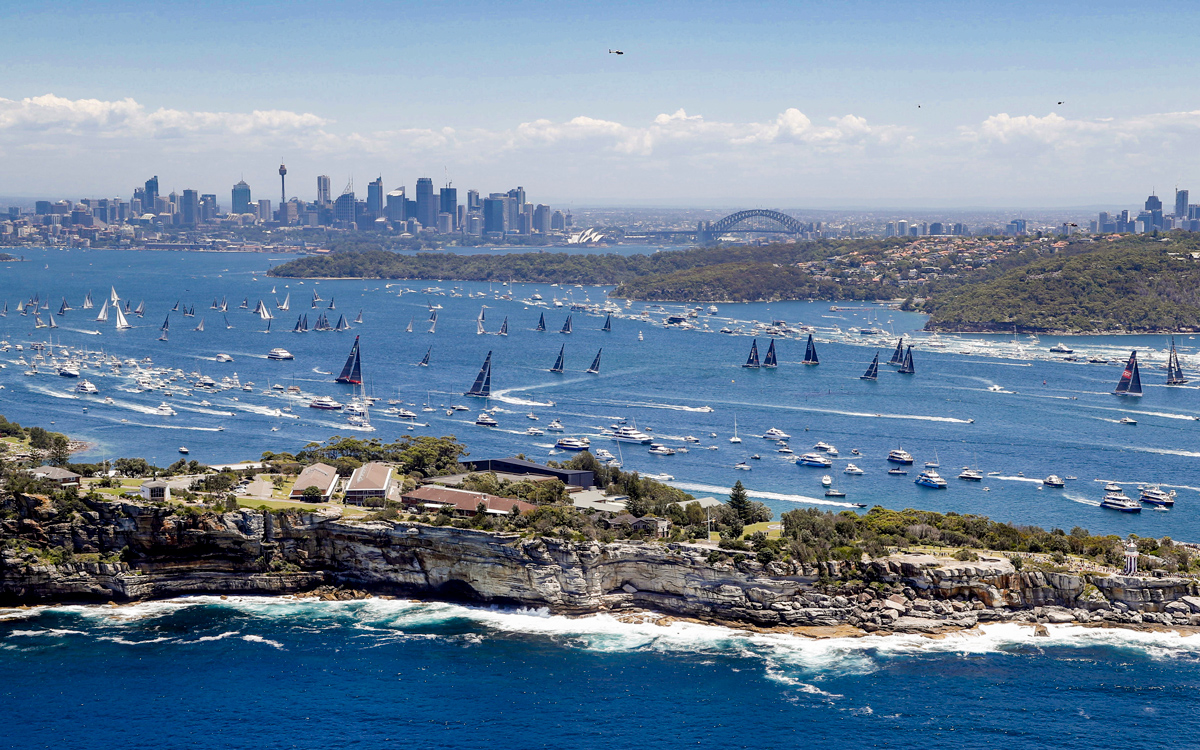 Bruce Roach, Commodore of the Royal South Australian Yacht Squadron, says they welcome visiting cruisers. “The south coast of Australia is a very rewarding cruising ground, from Adelaide to the natural beauty of the Gulf St Vincent and Spencer Gulf with its many anchorages,” he adds.

During our cruise around the south of Australia we experienced this warm hospitality first-hand: the generosity of the Australians to visiting yachts is one of the rewards of sailing off the beaten track in such a vast country. Once across the Bight, Western Australia offers a whole new cruising experience. Long reefs stretch along the coast, so careful navigation is needed.

Cities like Perth and Fremantle offer all possible facilities to visiting yachts, and from the west coast of Australia there are two options: start crossing the Indian Ocean as early as possible after the cyclone season or sail north to Indonesia. 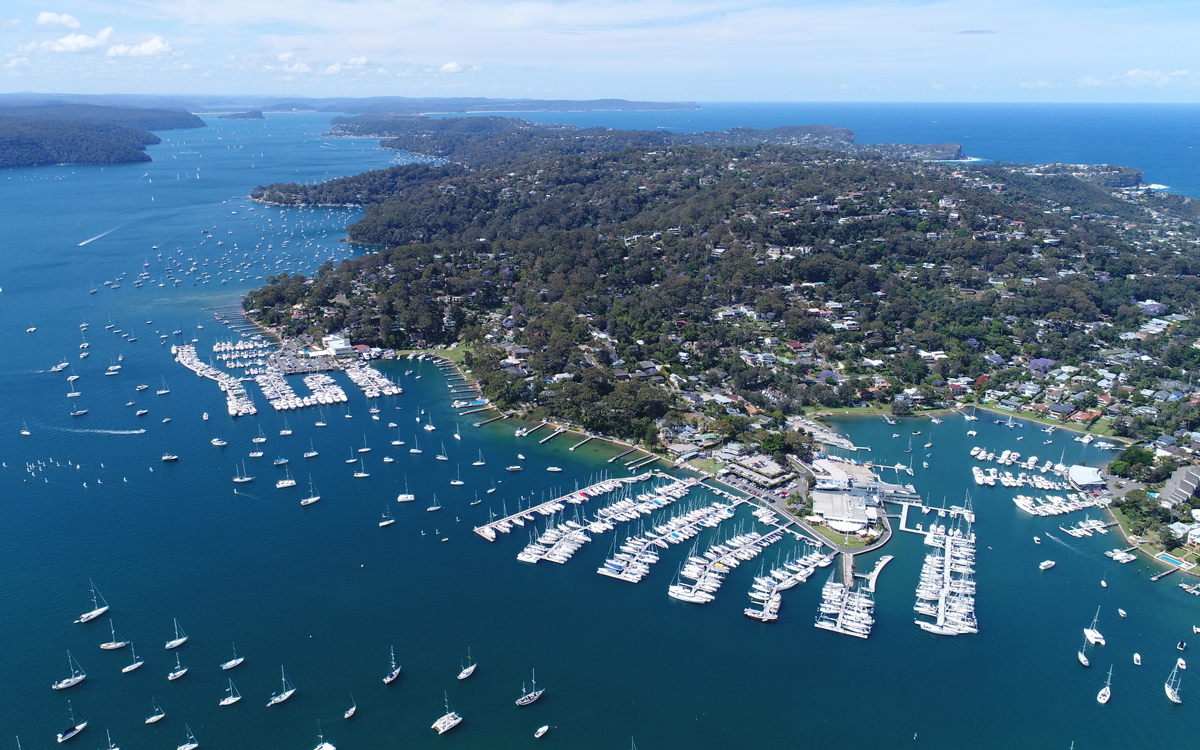 In Australian sailing vocabulary, ‘cruising’ doesn’t mean bluewater cruising, but is mainly coastal daysailing from port to anchorage. Coastal sailing in Australia therefore comes with lots of interesting options, often seen as luxuries by foreign cruisers, such as streaming internet up to 25 miles offshore and ample provisioning (around every corner there is a supermarket and an ATM).

We joked how cruising the east coast is ‘sailing with a watch in your hand’, as a lot of the entrances are river mouths with sandbars across them, requiring careful calculation to cross the bar at the turn of the tide. The navigational challenges can be roughly summarised in three words: current, depressions and sea breeze.

First the current. Along the east coast of Australia there is a southbound current of up to four knots which makes for fast sailing to the south, but rather tedious work when sailing up north, unless you use the countercurrent close inshore. Along the south coast the Leeuwin current flows east at a rate of 0.5 knots. On the west coast the Leeuwin current is stronger and flows south at a rate of about one knot. 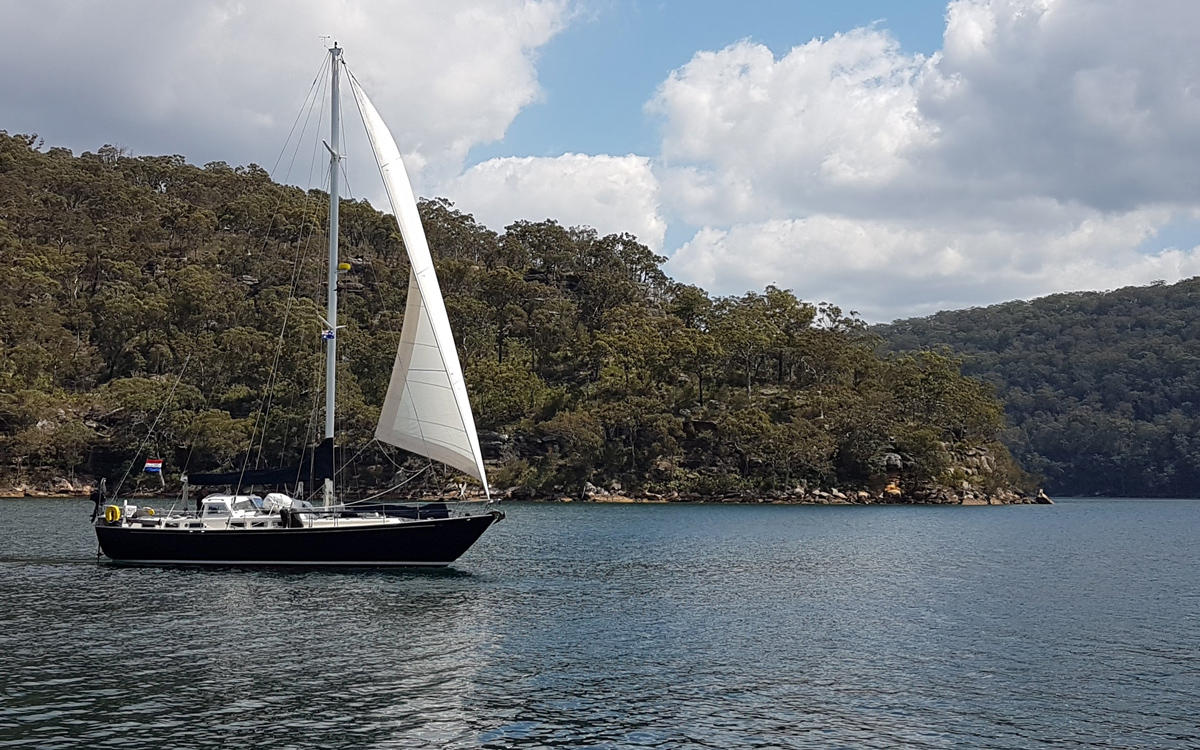 Cruising in Pittwater and Broken Bay, north of Sydney

The second challenge is the depressions. They flow in a steady succession from west to east, bringing troughs and fronts. The quality of the available forecasts is high, so you can make good use of the wind the depressions generate to propel you in the right direction. Going against the prevailing winds makes for tough conditions though, because in the shallow coastal areas steep wind-waves build up very quickly.

Australia’s hot interior generates sea breezes. Again, if you study them and use them to your advantage, it can make for some fine passages. But you need to be careful. Sea breezes can easily last for 12 hours and reach over 25 knots on top of the prevailing winds.

The cruising season in southern Australia is at its best in January, February and March. That means that you can sail to Australia from, for instance, New Caledonia in September. This gives you the time to cruise at leisure down the coast and make some trips overland too. We went to Ayers Rock/Uluru.

You can spend the summer in Tasmania and sail back up in March, to be in time for the end of the cyclone season by the time you reach Queensland again. If you decide to go along the Bight, you need to leave Tasmania at the end of January to time your crossing of the Bight in February or March.

Cruising Australian shores has been very rewarding for us: the wildlife, nature, diversity and hospitality left us in awe.

Australia has the reputation of being a tough country to enter. In reality, if you prepare yourself and your boat, there is no need to worry. The process is fairly straightforward and all necessary information is easy to find on the government websites.

Before arriving in Australia, every crew member needs to have a visa. There are two types. The e-visitor visa which is valid for three months. It is free of charge and can be extended. The other type is valid for one year (multiple entry) and costs AU$140. Both can be applied for online.

When you have been in certain countries in the Pacific for more than three months, you will need to have a chest X-ray before you arrive in Australia. Check the online forms carefully for the conditions.

For your boat there are two important steps. First, the cruising permit. This is issued on arrival and is valid for one year, with the option of extending it to three years. With this cruising permit as proof of being a ‘yacht in transit’, buying parts for the boat or having repairs done is exempt from sales tax (GST in Australia).

The second step is the biosecurity inspection. Fresh fruit, meat, dairy and eggs are not allowed. Importantly, the boat also needs to be without any pest infestation, such as fruit flies, termites, or growth on the hull. Australian agri- and aquaculture is strictly protected and the inspections are thorough.

At AU$60 per 15 minutes increments, it pays to prepare the boat in the port of departure, cleaning and making all surfaces accessible makes for a quick inspection. On average, the cost is AU$300 for the inspection.

Where to enter? There are roughly three options, depending on your cruising plans. If you want to do ‘Australia light’, the port of Bundaberg is the best. It is just below latitude 30°S, so you can wait for the cyclone season to pass north of you before you head to Cairns or further north.

If you want to cruise the east coast, ports further south such as Brisbane, Southport or even Coffs Harbour are attractive. If your focus is on Tasmania, you could even choose to enter in Sydney. 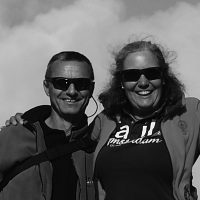 Dutch couple Wietze van der Laan and Janneke Kuysters are sailing around the world in their Bruce Roberts 44 Anna Caroline. They love high latitude cruising and exploring areas which are slightly off the beaten track.

First published in the August 2019 edition of Yachting World.