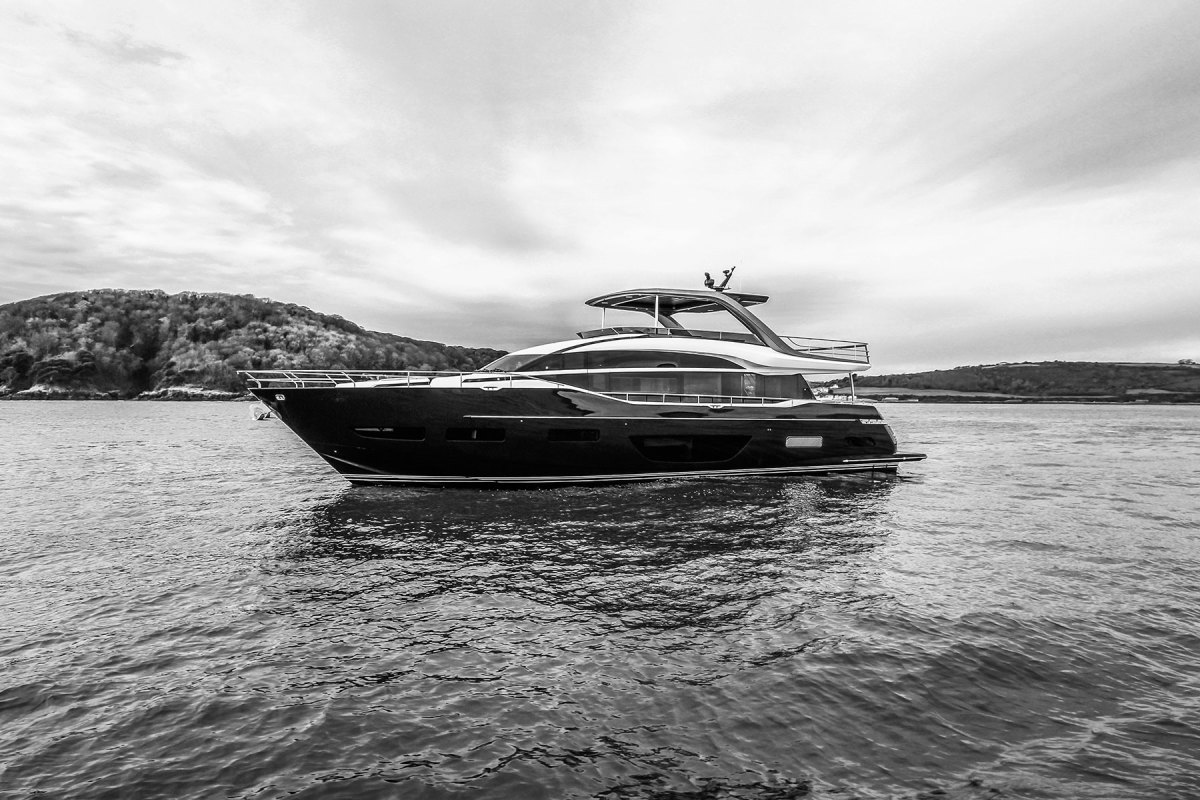 Comparing profile views of the Princess Yachts Y85 and the British builder’s retired Y82, it looks like an artist had a hand in the transformation, redrawing the 82 to blend the superstructure into the hull, and adding sexy, swoopy curves.

And that’s pretty much what happened. Princess engaged the Italian design firm Pininfarina to work with British naval architect Bernard Olesinski and the Princess team’s interior and exterior designers.

The Y85 first appeared in America at the 2019 Palm Beach International Boat Show, where the builder sold four hulls—an unprecedented number, Nobel says. People get on board and have a reaction that he calls “a feeling.”

“You don’t focus on it, but something really works when you look at this boat,” he says. “What [clients] like about the boat is it doesn’t feel like everything else out there in this class. There’s something about it that all connects.”

Design highlights include a bulwark that drops down to give the windows more space. The bulwark’s shape is mirrored in the curve of the hardtop supports. The main-deck glass extends from the windscreen back to the aft deck; beyond that, a sweep of teak decking curves over the top of the transom.

“When you really start to break it down, you can see a lot of attention has been paid,” Nobel says.

A glass rail lends the top deck a contemporary look, and gives sunbathers and hot-tubbers a clear view of the horizon aft. Pininfarina designed the exterior furniture; the aft deck settee appears to float over the transom in metallic silver, the same finish as the corner bar and a sit-down bar a deck above.

“As far as the interior, I would say this boat is setting the benchmark for the new styling direction,” Nobel says. “You’ll see the same design language throughout the interiors of future models.”

That language includes the word organic. From the shapes and materials to the balance of textiles and wood, the décor has a natural appeal. The main deck feels more casual than the previous model’s, with a round dining table instead of a rectangular one, and with an open galley and bar facing the salon. The barstools turn this space into an entertaining area, while raising the bulkhead and sliding the side door closed makes the galley disappear.

In this space, Pininfarina emphasized the visual line at the top of the low-profile sofas and the lower edge of the windows, says Daniele Mazzon, the company’s chief transportation and yacht designer. It’s a design trick that draws the eye to the star attraction: the views.

There’s something reminiscent of car design in the curve of the overhead soffit that hides indirect lighting—a definite improvement over a plain expanse of ceiling panels. This same angle is sculpted in leather in the galley bar’s front, offsetting the walnut, and it’s repeated again as a focal point over the master stateroom’s bed. This design synergy is an evolution for the builder. Adding to the drama is Vimar’s lighting system that debuts with this model, offering preset moods at the push of a button.

Mazzon says that the Y85 was already in development when Pininfarina got involved, and that the company has more ideas. One of those is the X95, first in a new class of “super flybridge yachts.” It was designed with Pininfarina from scratch and is scheduled to make its debut soon. 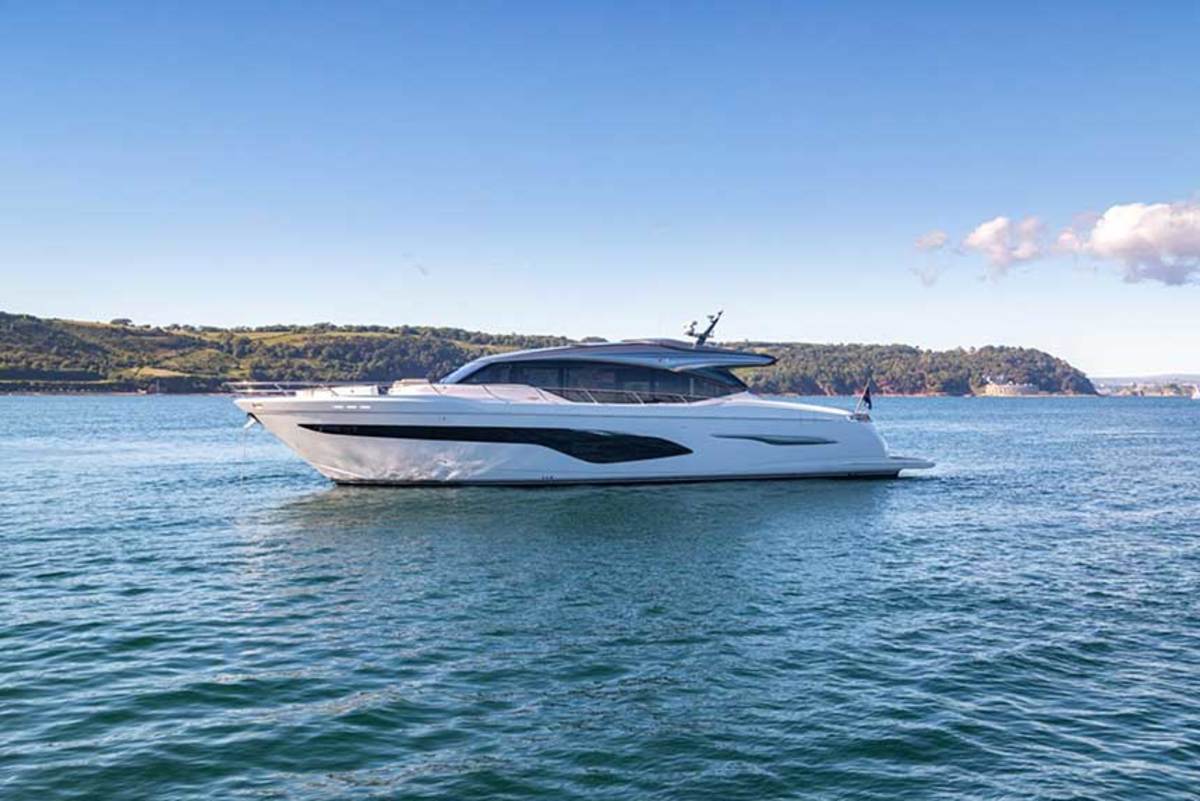