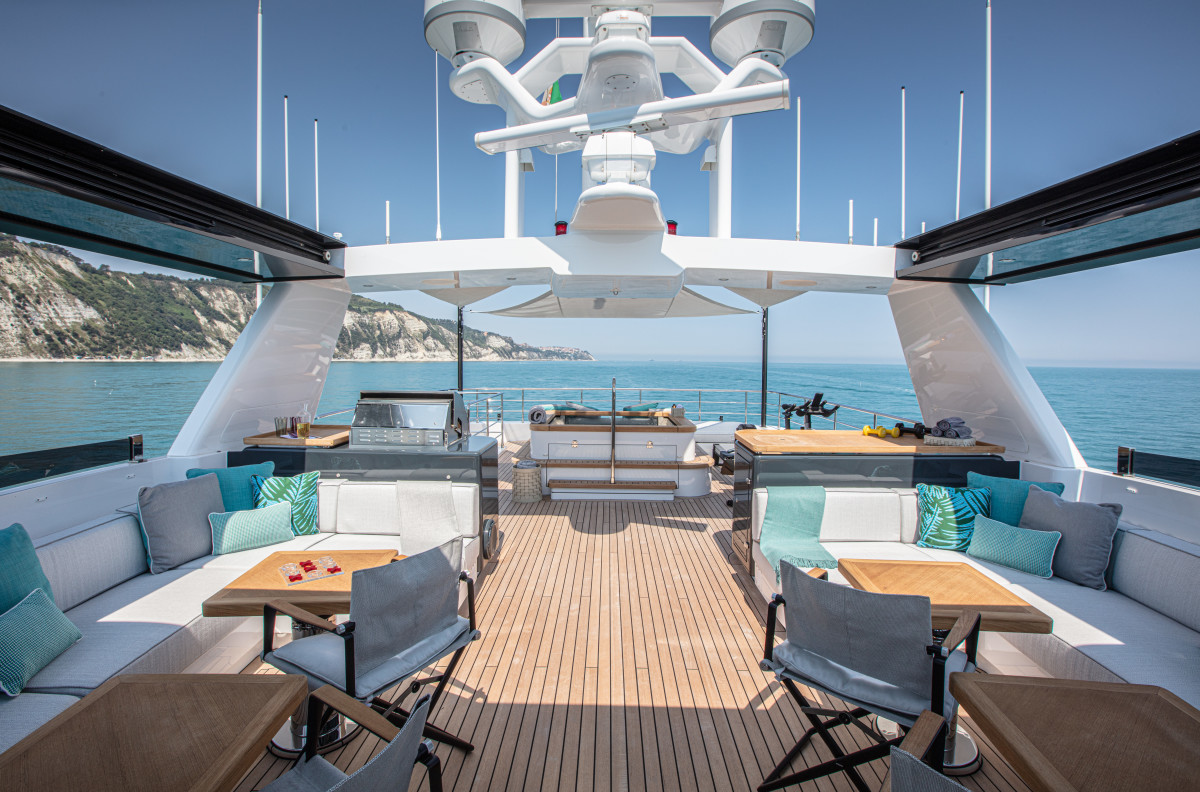 First time photos of Archipelago, the Darwin 102, built by Cantiere delle Marche have just been released. The yacht was designed by Sergio Cutolo/Hydro Tec, who is also responsible for all the Darwin Class vessels’ naval architecture and engineering. Archipelago has a high-end interior designed by Francesco Guida. The Owner’s wife worked closely with Filippo Bevilacqua from Interior Design Department of CdM on the materials, fabrics, loose furniture, and accessories.

Archipelago has five guest suites, four on the lower deck and a large Owner’s suite on the main deck forward. There are also accommodations for a crew of six.

“Slow and steady wins the race” is the Darwins’ motto and Archipelago is no exception: powered with twin Caterpillar C18 Acert engines delivering 500kW each, she reaches a maximum speed of 13 knots and has a relaxed cruising speed of 11.5 knots. At 9.5 knots she has a remarkable range of 4.700 nautical miles.