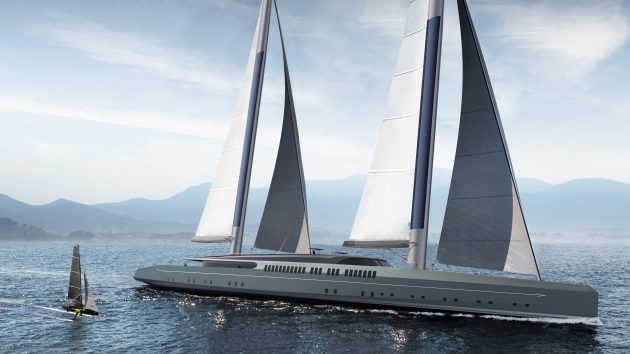 Royal Huisman reveal 100m megayacht. The radical Wing 100 concept is designed to be a true sailing yacht, not ‘sail assisted’

A dream team of superyacht heavyweights have collaborated to produce this ambitious future-proofed megayacht sailing concept, one which, if built, would rank in the top five largest sailing yachts in the world.

Were it to be commissioned, it would be built in aluminium and is designed to be a true sailing yacht rather than a motoryacht with sails (such as Sailing Yacht A, the world’s largest at 142m). It’s also one that the design team predict can be easily handled thanks in part to its innovative airfoil wingmasts. 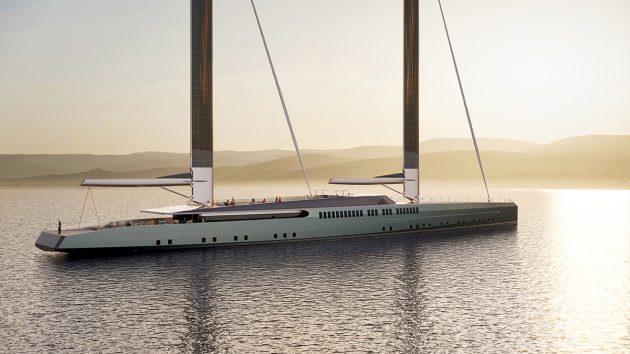 The WING100 will be one of the top five biggest sailing yachts every built. Images: Royal Huisman

The relative simplicity of the push-button controlled sailing systems is also a factor which should help the project appeal to motorboaters wanting to reduce their environmental impact, thinks Royal Huisman.

It predicts that the efficiency of the rig means that WING 100 will consume less than 20% of the energy required by an equivalent motoryacht on passage, which equates to over 225,000lt of fuel per year.

The twin 73m free standing, rotating wing masts would be built by Royal Huisman’s sister company Rondal. These have airfoil profiles, can be remotely adjusted to help increase or decrease power, and help to minimise deck clutter. 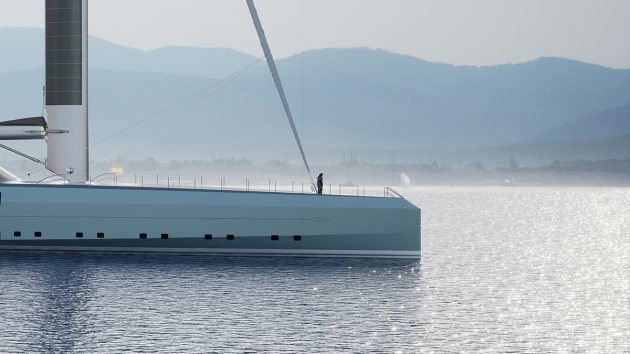 The bow has a 60-degree chamfer

The wing masts prioritise the ability to set sails quickly, easily and comfortably and incorporate 480m2 of solar panels that can generate 250kW a day. The experience of Dykstra will be invaluable in the rig development thanks to its work with the ground-breaking and well proven DynaRig projects Maltese Falcon and Black Pearl.

The Vollenhove yard is one of the only few capable of such a formidable project, having previously launched Athena (90m) and Sea Eagle II (81m) and with the 85m Project 410 currently in build.

“The emergence of sailing yachts on this scale, with the level of energy efficiency and eco-responsibility offered by WING 100, would have been unthinkable just a decade ago”, states Royal Huisman CEO Jan Timmerman. 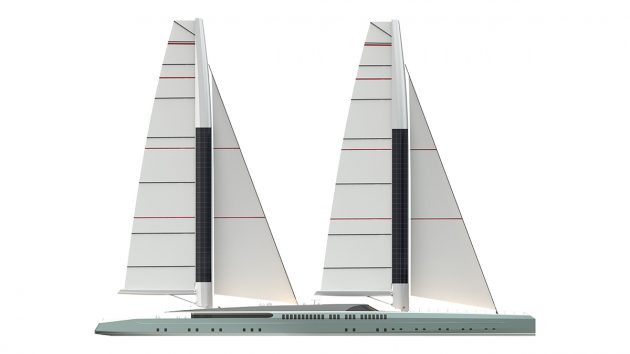