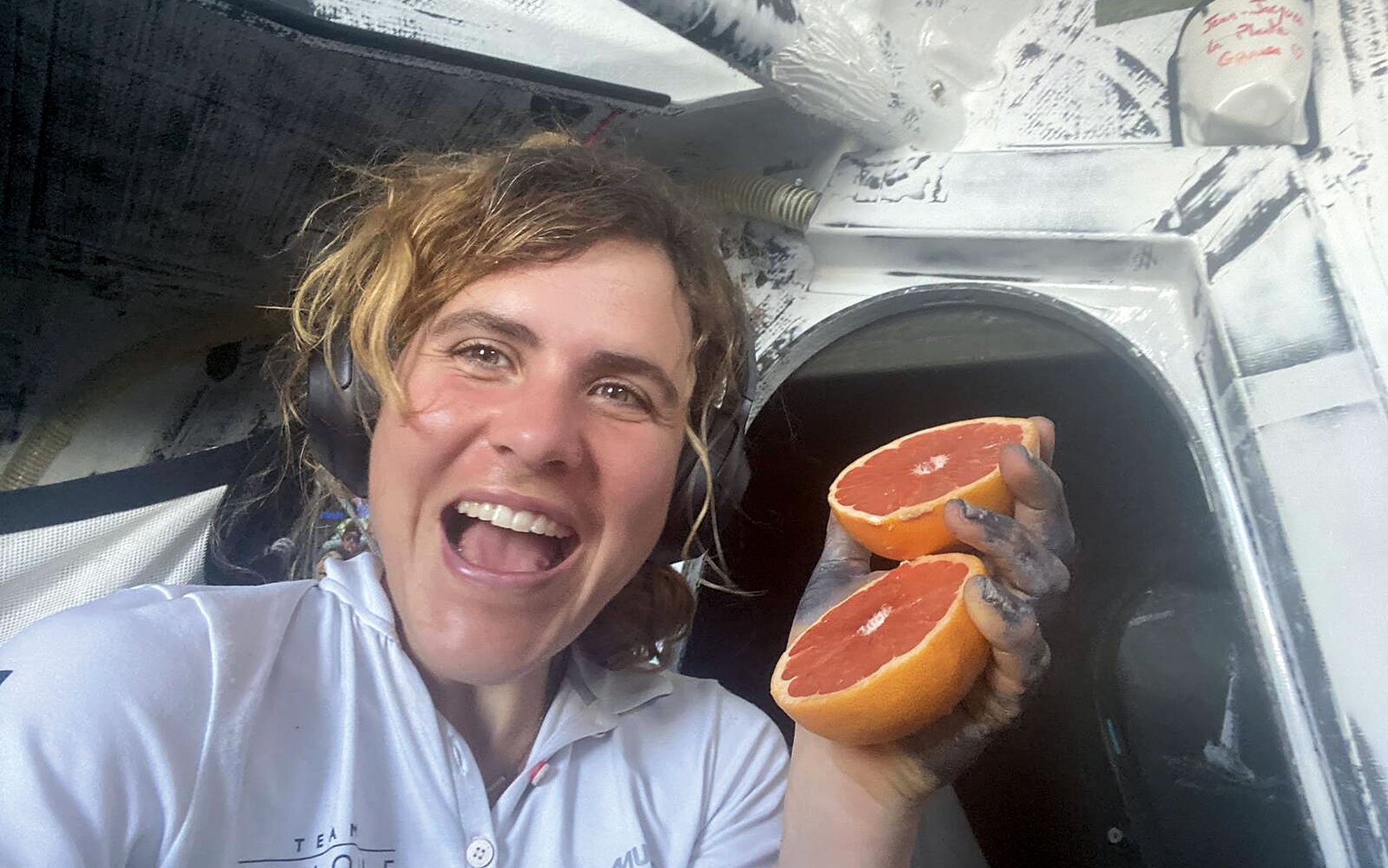 Looking to choose the right food for sailing? Toby Hodges and Rupert Holmes highlight and review a variety of easy meals, snacks and supplements for the galley locker

While we know the top professional sailors, Olympians and America’s Cup grinders are lean, mean machines who inhale protein shakes to fuel their elite exercise routines, there is also a growing appetite from us mere recreational sailors to take nutrition more seriously when we consider the best food for sailing.

And while a liveaboard lifestyle of growing your own salads and herbs and living off fresh fish may be the dream, the reality for most is that we’re sailing for short periods and convenience food often comes first. 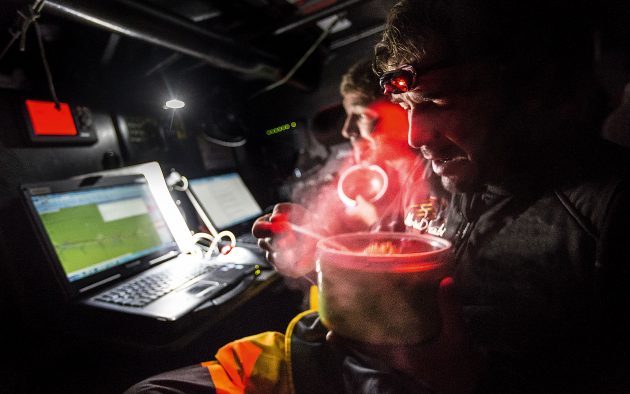 Food for sailing typically still consists of ‘meal deal’ affairs, comprising sandwiches, sugary drinks and chocolate bars, but replacing the sandwich for a nutrient and calorie rich meal could pay, and certainly opting for snacks and drinks based on natural ingredients rather than sugary foods which cause spikes and slumps in energy.

There are also a growing number of natural products becoming available in easily digestible forms to help with sports recovery, which could prove useful to keep in the galley lockers. Turmeric for example has been linked with aches and pain relief and ginger can help alleviate seasickness.

Perhaps the most well-known brand of freeze-dried and vacuum-pack meals is Expedition Foods. This UK brand, favoured by sailors, rowers, mountaineers and adventurers, has a big range of dried and wet food, ration packs, gels, and snacks, with good information about calorie intake and three different calorie versions of each meal. 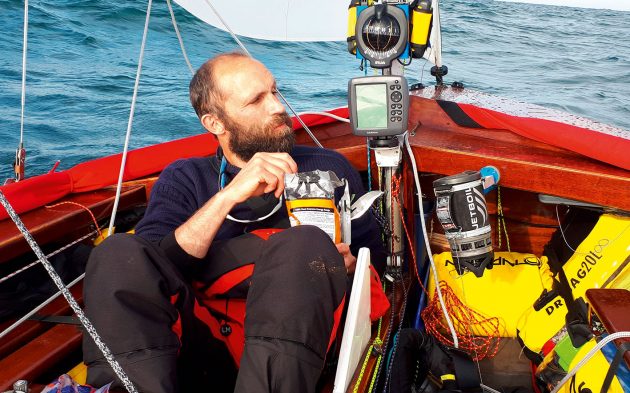 Will Hodshon and Richard Mitchell relied on Expedition pouches as their main source of food for sailing during their record breaking sail around Britain in a Wayfarer open dinghy in 2019. Having ingested two 1,000 calorie meals a day for their 15 day voyage, Hodshon says these ready meals were often a highlight of their day.

“Rich being a veggie, crossed his fingers for the mac and cheese, but I thought it was hard to beat the spag bol for a bit of home comfort on the high seas,” he tells me.

Note: We may earn a commission when you buy through links on our site, at no extra cost to you. This doesn’t affect our editorial independence. 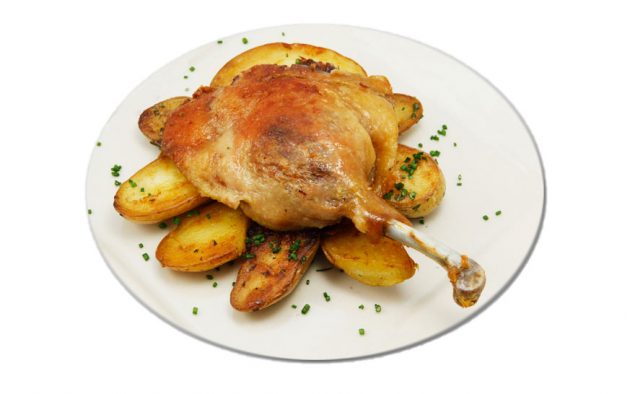 This French firm is a giant in the industry and supplied a number of Vendee Globe skippers, including Louis Burton and Jean Le Cam, as well as Dutch Golden Globe Race competitor Mark Slats.

The premise is to produce meals that are as close to restaurant quality as possible. Portions are vacuum-sealed in aluminium pouches and can be boiled in their bags or heated in a conventional oven.

The cuisse de canard confite (confit duck leg) is super tender and juicy – if plated up with veg and potatoes you’d never guess it had come out of a sachet with a 3-year shelf life at room temperature.

On the downside this option falls short of being a complete meal in a bag and needs to be accompanied by carbohydrate and veg. It’s one of a range of 20 different recipes in which classic French meat dishes figure heavily. 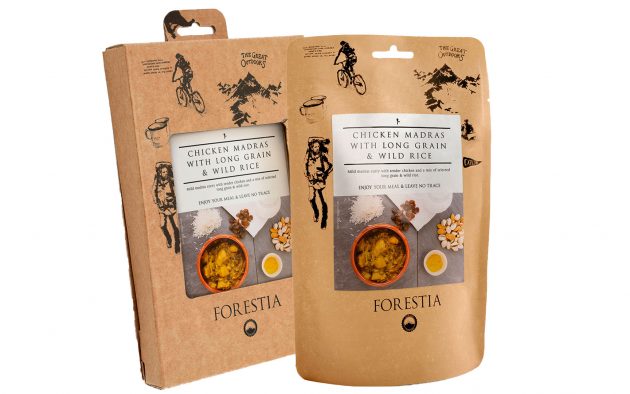 Available in pouch form to which you add boiling water, or, as we tried, as a ready to go meal with self-heater supplied with the pack. The heater bags just need a little water (50ml) to activate them, and can then heat the meal (or a soup or hot drink) in 12 minutes, with no fuel or fire needed.

The food pouches are ready meals, so no need to rehydrate them. This means the texture and taste is a lot closer to a freshly made meal than dried food, yet they still have a three-year shelf life.

The chicken Madras is tasty and spicy, with proper chunks of meat and texture. I was puzzled by the ‘zero trace’ claim on what looks like landfill packaging, but Forestia says all its packaging is 100% recyclable. 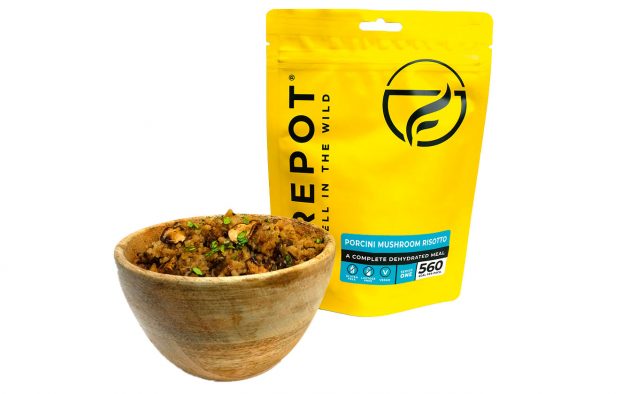 Adventurers started this Dorset company in 2017 after they couldn’t find tasty natural portable food. Founder John Fisher wanted a preservative-free alternative to the freeze-dried meals he was used to relying on when trekking and insisted on using locally sourced fresh ingredients with no additives or flavourings.

The complete one-pot meals are hand-cooked and then dehydrated – as opposed to the common method which mixes ingredients after they have been freeze-dried.

I have tried a couple of these, back when the company was fairly new and was impressed with the taste – particularly the chilli and risotto meals. Perhaps there is a psychological element at play, knowing you’re eating properly sourced and prepared food, but it certainly helps it taste a cut above any other dehydrated food.

Firepot has now extended the range of foods offered and developed a range of eco-packaged meals, which use bio-sourced compostable bags. These obviously need to be heated in a pan not a bag and have a reduced shelf life (one year as opposed to the three of its yellow plastic waterproof pouches), but present a great eco-alternative for those seeking environmentally friendly food for sailing. 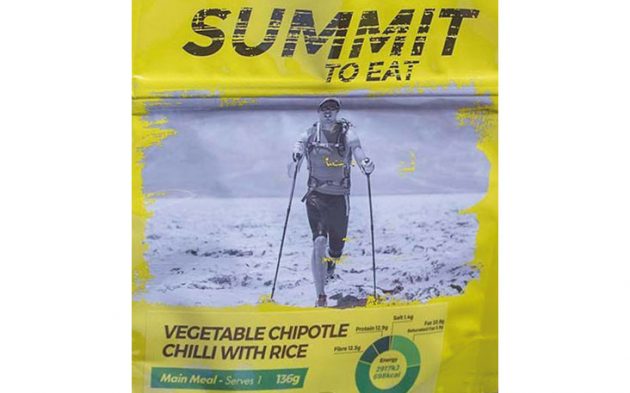 I’ve found that vegetarian freeze dried meals can have a more realistic texture than those with meat and Summit’s vegetable chipolote chilli with rice is no exception. Indeed there were few signs that it was freeze dried, though I allowed it to absorb moisture for longer than the stated period.

A recommendation from Tony White, veteran of many double-handed Rolex Fastnet races, as well as the AZAB and Round Britain and Ireland, is to empty the contents of a freeze-dried pack into a wide-neck Thermos jar, then leave the meal to soak up water for at least 30 minutes (three times the usual recommended period).

As well as the palatable texture, this chilli tastes good as well, especially if you like spicy food, though my first choice would still be a wet meal. 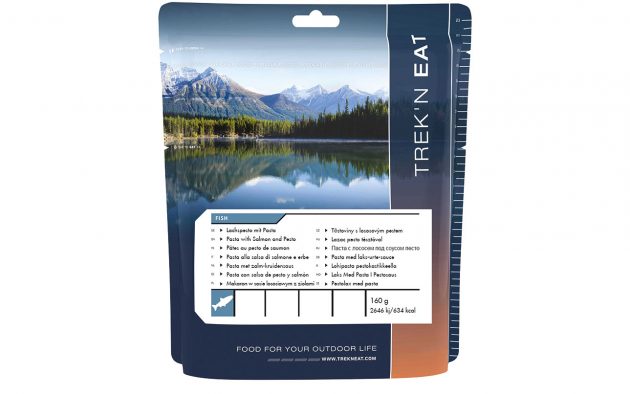 Part of the Katadyn group, which includes Katadyn and Spectra watermakers, these German made products cater for all meals, snacks and rations.

TreknEat has partnered with the Global Challenge Race 2023 to provide skippers with reduced cost meal options. These freeze-dried products are quick and easy to make. The Chicken in Curried Rice smells and looks like it tastes – not great. Stodgy and unnecessarily sweet.

However, while these are not an everyday option for a cruising sailor, their five year shelf life makes them a handy alternative to have in the locker to warm you up and give you the protein and energy needed on a cold day at sea.

They average 600 calories per pouch. Breakfasts and desserts are also available, including muesli and mousse. 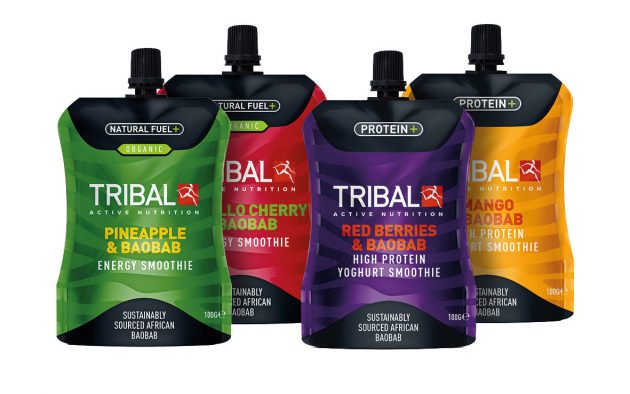 Described as the ultimate super-fruit, this African fruit is one of the most nutrient dense foods, which is rich in calcium, iron, potassium, and vitamin C.

The smoothies are created by blending wild harvested baobab with high-quality organic ingredients to provide a pouch that aids slow energy release, digestive health and strength.

These vegan friendly products are less concentrated than most energy smoothies so are easier on the stomach. Taste wise, if you’re not used to energy gels it does feel like you’re ingesting pureed baby food and it’s a tad acidic.

But I like that this Westcountry-based firm is bringing out prototype recyclable propylene pouches this summer and its founder Chris Martin tells me it is “part of an initiative to produce a compostable pouch from seaweed in Falmouth bay – which will take 18 months.”