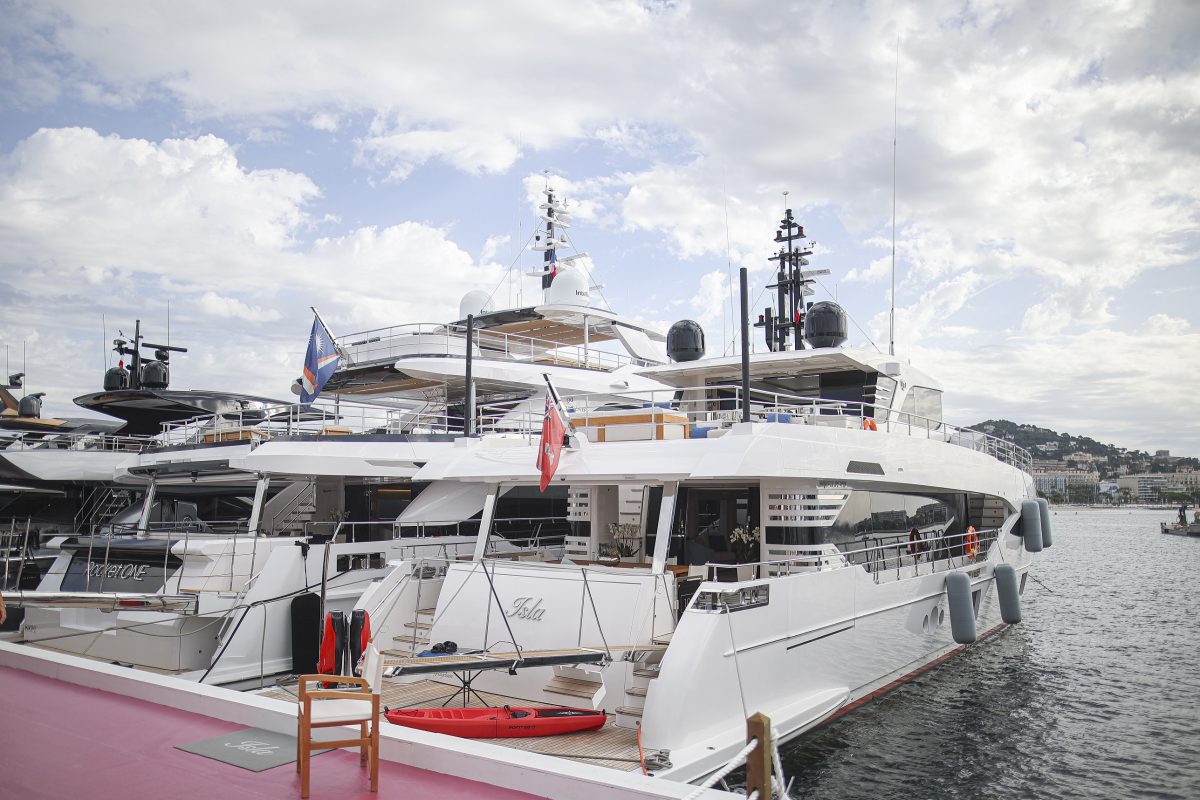 Gulf Craft is also showcasing its best-selling model, the 31.7-metre Majesty 100, at the show. Celebrating its 40th anniversary this year, Gulf Craft has gone from strength to strength over the last 12 months as it expands in Europe, and the brand is now represented by a dealer network across the region, with several new partner signings in the pipeline, according to the company. 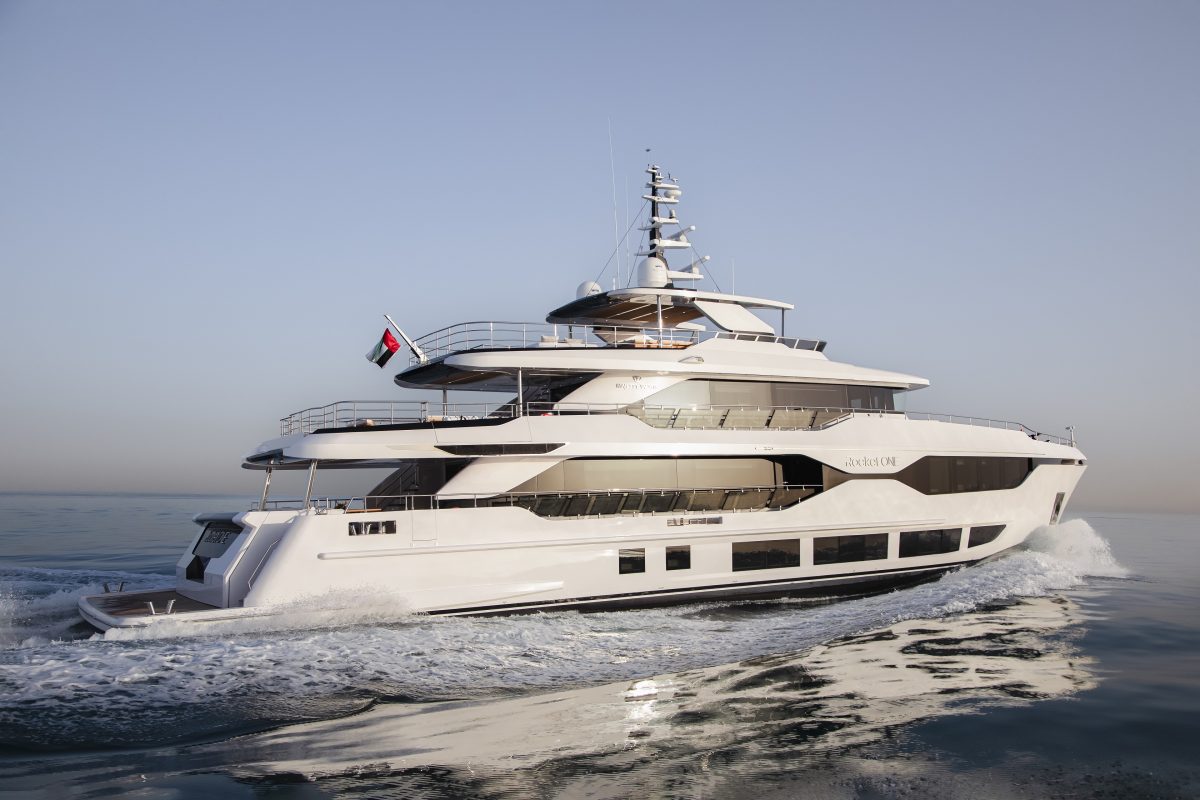 Gulf Craft also revealed at the press conference that its flagship line of superyachts – Majesty Yachts – has seen the most interest from European buyers. It says this is related to the increased appeal of fibreglass hulls over traditional steel vessels for their lightweight, competitive fuel economy and ability to navigate shallow waters.

Last year, Gulf Craft sold a selection of models to European customers, including the Majesty 100, 120 and 140, and has also delivered two Majesty 100s and a Majesty 120.

“Europe has and always will be an incredibly important market for us,” says Mohammed Hussein AlShaali, chairman of Gulf Craft. “As each year passes, we are seeing a significant shift in the perception of composite-built superyachts – in previous years, this market has been strongly focussed on traditional steel hulls, but we are beginning to see an interesting upward trend in fibreglass hulls.” 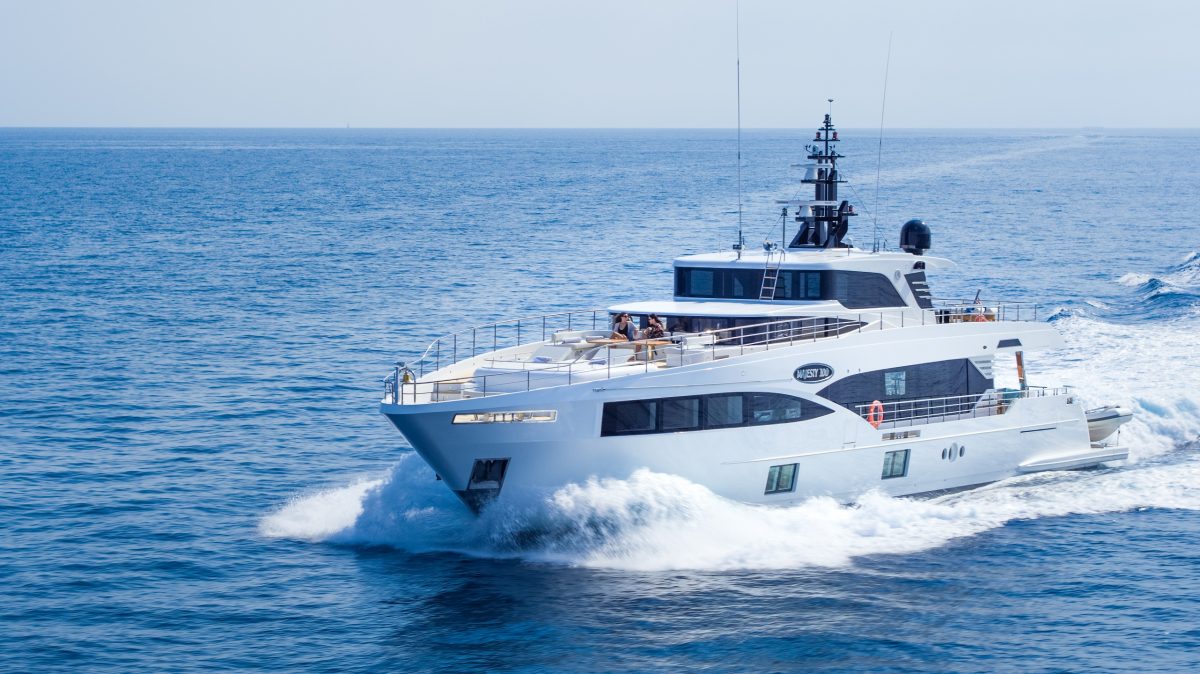 The 37-metre Majesty 120 was designed in-house by Gulf Craft and is constructed with advanced composite materials such as vinyl ester and carbon fibre. It features two 2,500 horsepower engines and a draft of just over six feet, meaning it can navigate shallow waters.

The Majesty 120’s interior features an owner cabin and VIP cabin on the lower deck, as well as a family-friendly lounge. The model also features a spacious sundeck, around 30 per cent larger than other yachts in its class.

Earlier this year, Gulf Craft confirmed it is to double production capacity in Maldives by mid-2023, as it marks 20 years of its operation in the island nation.