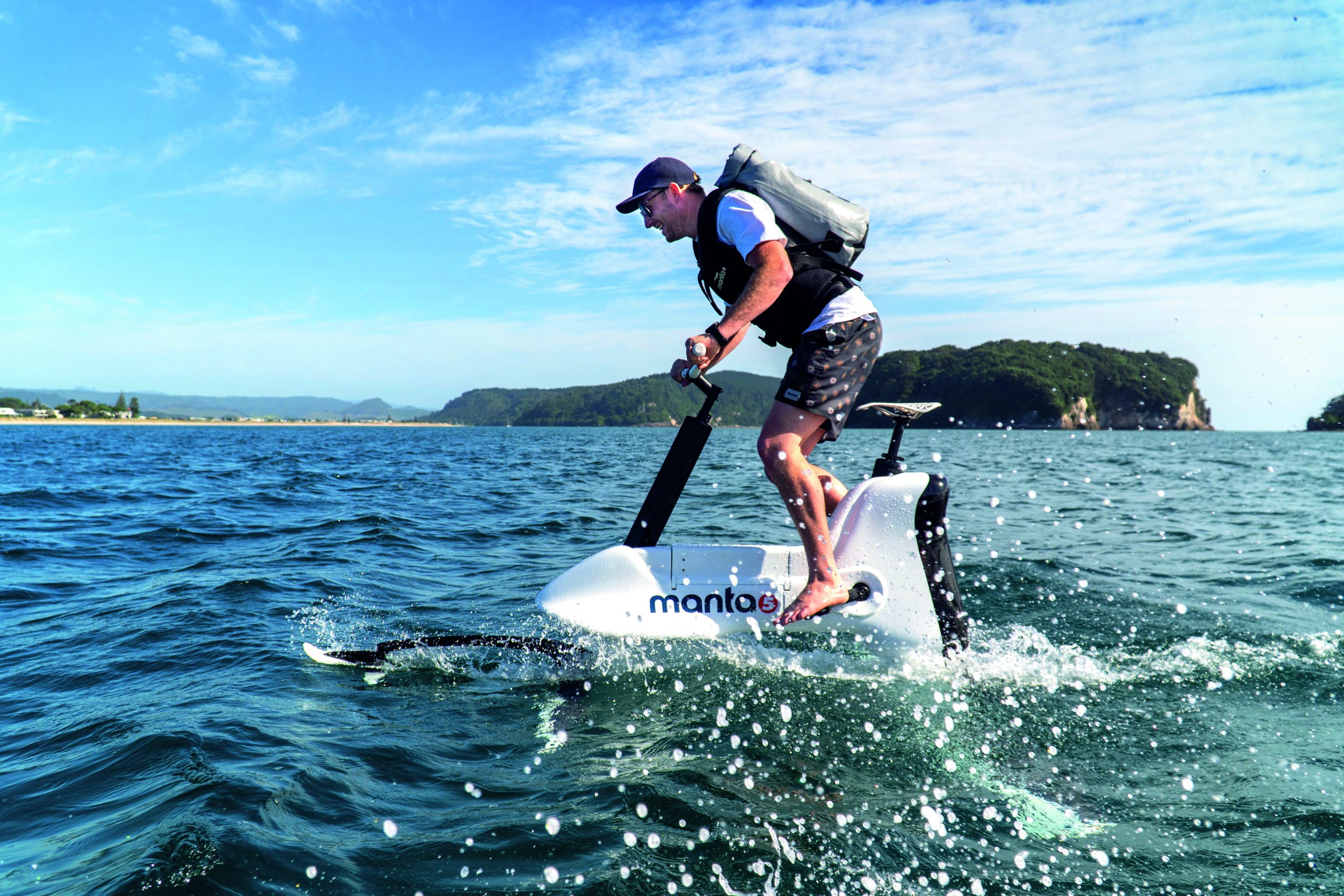 Leave it to the Kiwis. From New Zealand’s Manta5 comes a bicycle, the Hydrofoiler XE-1, which uses hydrofoil technology to let the user ‘fly’ over the water on leg power alone. Manta5 debuted its hydrofoiling bicycles outside its native New Zealand in 2021 at the Cannes Yachting Festival, where the company announced dealerships for France, Italy and Spain. Hong Kong, with its enormous number of bays, inlets and on-water places to explore, can’t be far behind.

Manta5 says its XE-1 is the world’s first hydrofoiling bicycle, and they may be right. The company launched the prototype in 2018, garnering 350-plus million views on social media. Half-bike, half-plane, the Hydrofoiler replicates the cycling experience on water using carbon fibre foils.

“We’ve been able to make an immediate splash within a few booming market verticals. The opportunity now lies in fuelling the growth of this new sport,” said Manta5 Founder Guy Howard-Willis, who calls the new sport “hydrocycling”.

The XE-1 (X stands for all-water terrain, E equals electrical assistance, 1 means the first edition) has an electric-assist pedal model where users can change the level of motor assistance. Riders looking to put in the maximum physical effort can reach speeds of 11 knots and get up to four hours of ride time. 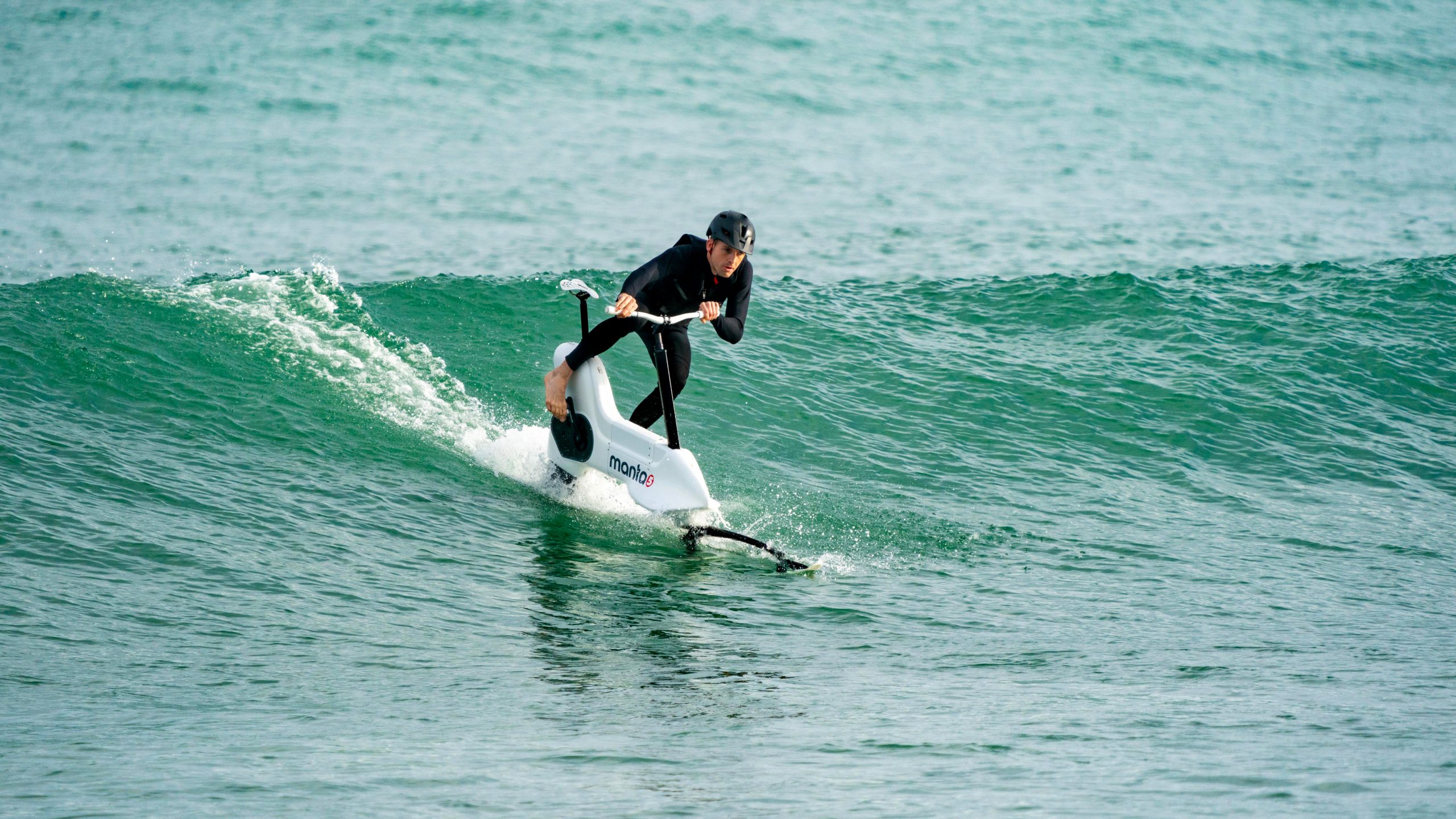 The hydrofoil bikes are made from carbon fibre and aircraft-grade aluminium, making them buoyant and light enough to carry. Product development is based in Waikato, New Zealand, while manufacturing is done in Taiwan. The XE-1 retails for US$8,990.