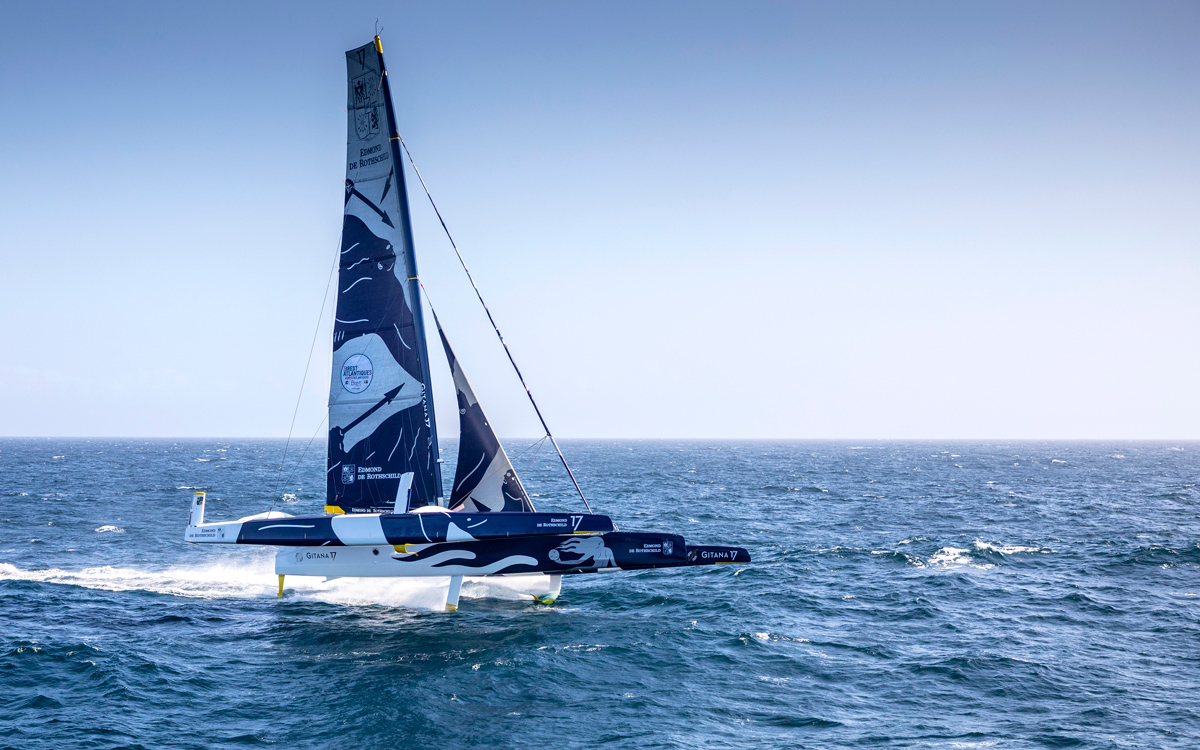 First to announce their departure was Thomas Coville and his crew on Sodebo. Sodebo is the newest of the Ultime foiling trimarans and will be sailing with a crew of eight, including Coville, François Duguet, Sam Goodchild, Corentin Horeau, Martin Keruzoré, François Morvan, Thomas Rouxel and Matthieu Vandame.

Sodebo crossed the start line, which lies between the Créac’h lighthouse (Ouessant) and the Lizard in south-west England, at 0255 (CET). To claim the Jules Verne Trophy, they must recross the line before Tuesday 5 January at 0225. 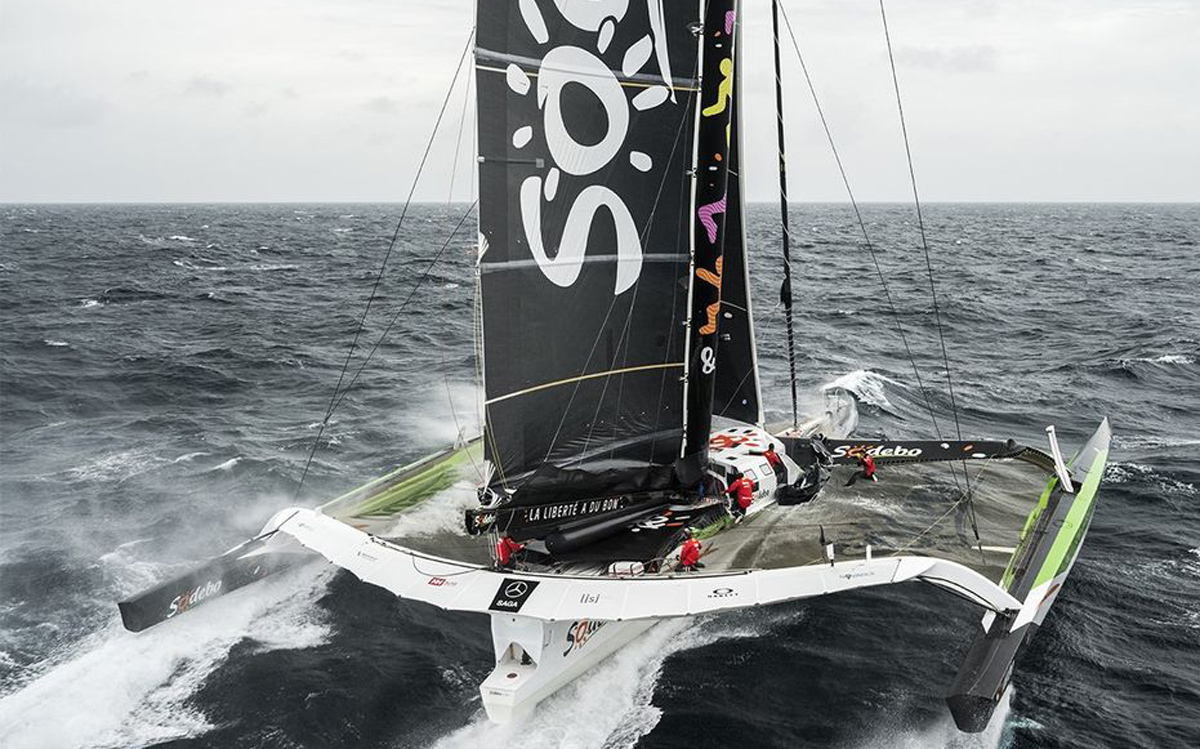 Despite having initially changed their standby mode to indicate they wouldn’t depart until Thursday, Franck Cammas and Charles Caudrelier, co-skippers of the Maxi Edmond de Rothschild/Gitana 17, swiftly announced that they too would be setting off in the early hours of Wednesday 25 November.

“We thought that the [weather] models would remain fairly stable with a view to taking a start on Thursday morning, but we see that between the American files and the European files, that continues to diverge. The start we thought we would take on Thursday morning is ultimately no better than the one we will take tonight. Waiting involves a risk that we do not want to take because the times announced on the North Atlantic would then be less good,” explained Cammas as they prepared to set off. 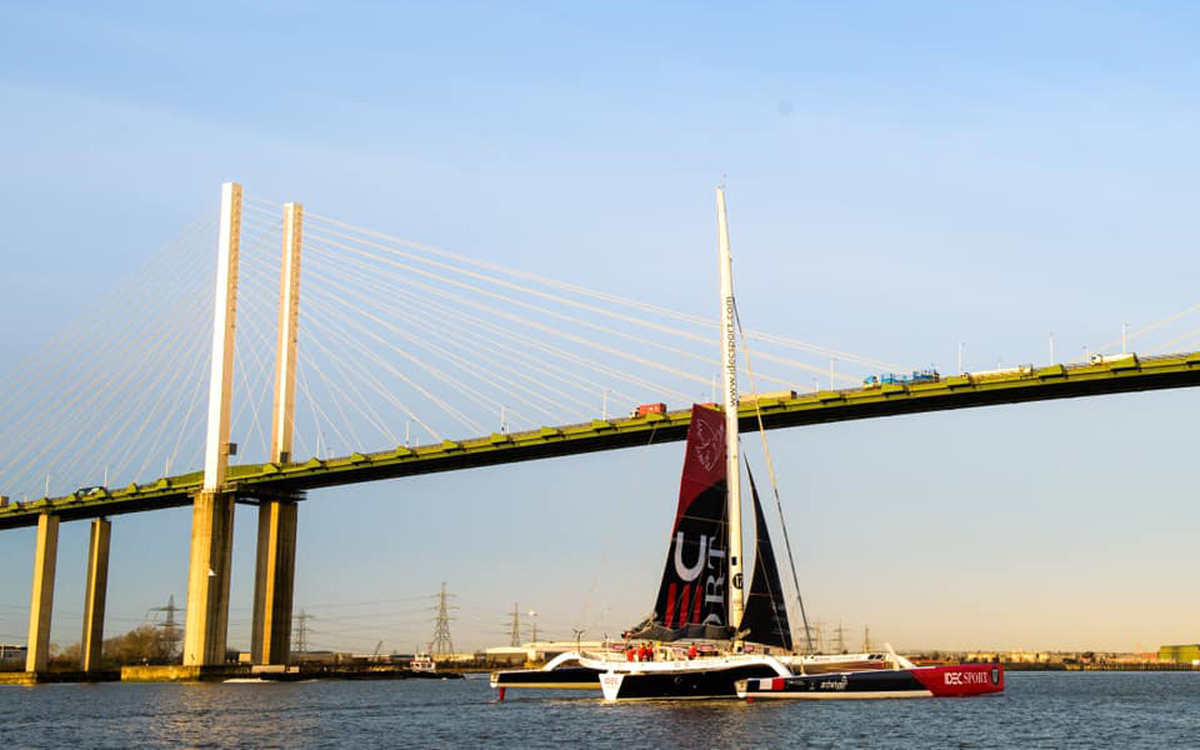 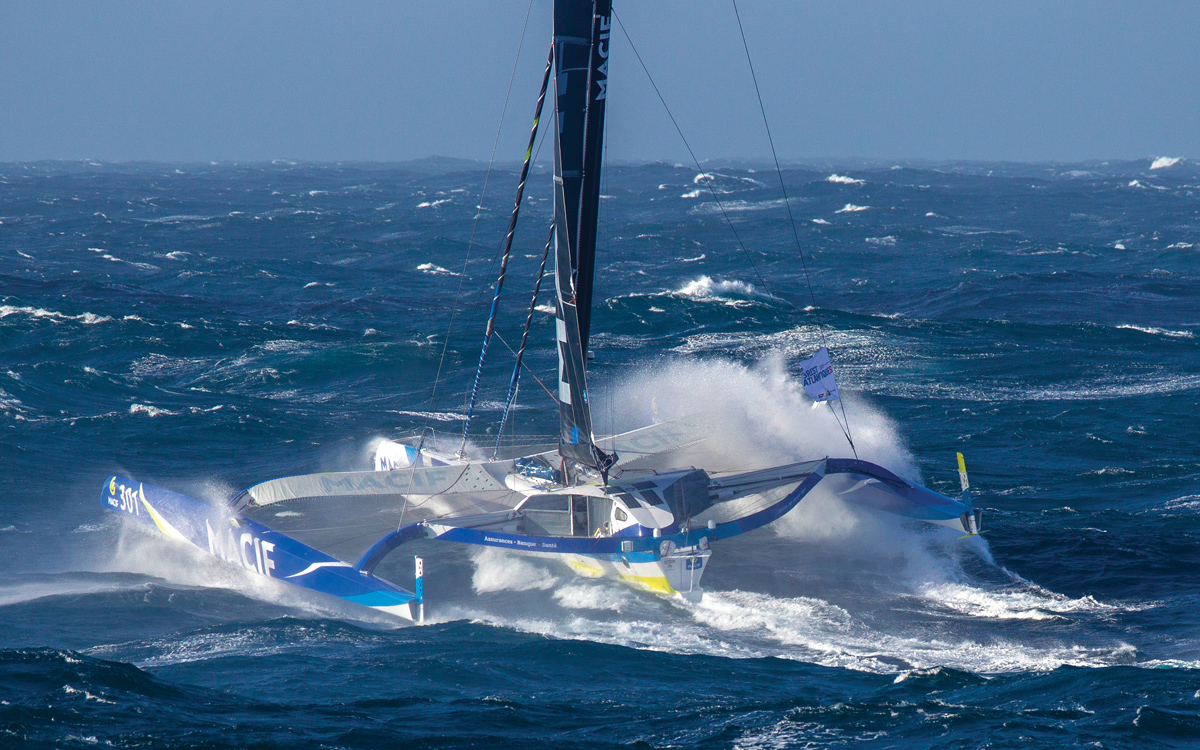 “The fact that our direct competitor set off on the water changes the situation a bit, but it is above all the weather that dictates our departure. We do not rush, it’s a window that we looked at, it is not great, and uncertainties persist. But there are fewer and fewer reasons not to take it. The models still diverge for the South Atlantic, but it would be a shame to let the opportunity pass. We are going and we will see if it materialises.”

Claiming the Jules Verne Trophy is a superhuman challenge

The speeds these trimarans can now reach are extraordinary. “Today our big problem is cavitation, because we reach some very high speeds, 45 or 46 knots,” Gitana co-skipper Caudrelier told Yachting World (see our exclusive feature on the Jules Verne Trophy challengers in the December 2020 issue, which is out now).

“We have managed to push the maximum speed before cavitation from around 40-42 knots to 44-45 knots, so that’s a big step. The boat has never been so fast.”

“Last [month] we were delivering the boat for sponsor sailing in Vendée. For three hours, we were in rough seas. It was 4 or 5m on the offside and we were sailing between 35-45 knots of boat speed all the time. I have to admit that I would not have even imagined that one year ago.”

So over the 26,000-odd miles of their Jules Verne Trophy circumnavigation, how much could potentially be sailed in foiling mode? “About a year ago, I would have told you 20%. Now, I would say it could be more like 80%,” says Coville, “And we are just at the beginning. Every day we go sailing, we’re learning more. But I’m pretty sure that we are going to fly for more than 50%.”

Caudrelier agrees: “There will be strong winds where we will not really fly, but we will be in skimming mode, when the waves are too big. But still, 50 to 60% around the world in some sort of flight mode is space travel.”

A huge factor in each Jules Verne Trophy challenger’s chances is down to their weather routing, directed by a commander on shore.

Sodebo’s weather router is Jean Luc Nelias, Coville’s right hand man for many years, who also directed him to his 2016 solo around the world record. Gitana has the legendary Marcel van Triest, who has worked with Caudrelier and Cammas closely in the past on their Dongfeng and Groupama Volvo Ocean Race campaigns. He also routed both Loïck Peyron on Banque Populaire and current record holder Francis Joyon on Idec Sport to Jules Verne wins.

Before the Jules Verne Trophy teams set off, we spoke to Marcel van Triest about the challenge ahead.

The first decision is to choose the best weather window in which to leave Ushant. Then with the benchmark time to the Cape of Good Hope less than 12 days, there is a balancing act between not only finding the optimal forecast for the Atlantic, but also setting up the boat with the best chances of hooking into a favourable low pressure system roaring eastwards around the Southern Oceans.

“I try to look at the situation from the start line in Ushant to more or less the point of entry to the Indian Ocean, so basically south of Cape Town,” explains van Triest. 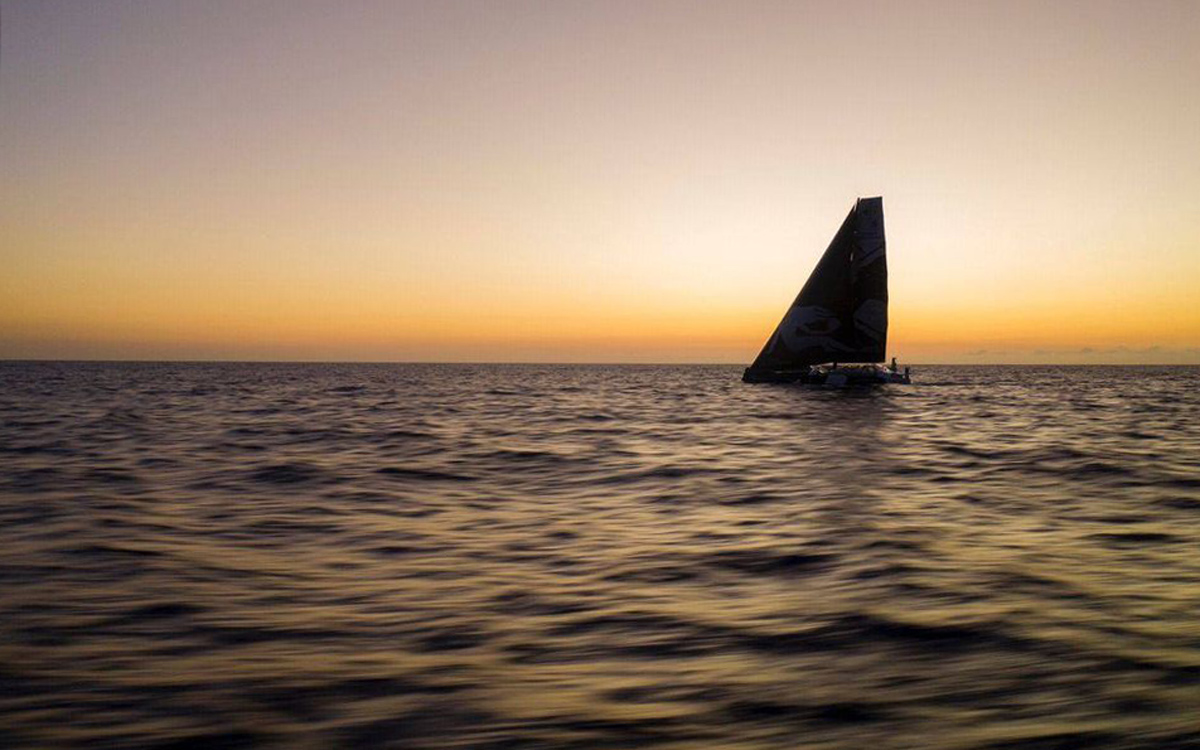 “Then you try to judge what happens after Cape Town, because you can have a situation with a high pressure ridge off South Africa and ice to the south, which makes the entry into the Indian Ocean really narrow. To get around it, if you see a situation that is a 600-mile wide entry into the Indian Ocean, you’re willing to arrive at Cape Town a little bit slower, but it will be easier to get into the westerlies.

“Also, these boats are now so quick that you need a Southern Ocean weather system that is quick enough that they can stay in the same system the whole time. So you’re going around at more or less at the speed that the low is.” Idec Sport, van Triest says, rode a single system from Madagascar almost to New Zealand.

The Atlantic may also be where the foilers make the biggest gains on the record. “Where we have most improved the speed of the boat is upwind reaching – like the parts of the Doldrums where you are upwind and slowly the wind is lifting. This is where we have the biggest difference of speed compared to boats like Idec,” says Caudrelier.

“Their upwind speed was between 19-21, now we can achieve between 25-30 depending on the sea state.”

The fact that the two have set off so close to each other is mouth-watering for tracker addicts, and was cautiously welcomed by the Jules Verne Trophy skippers. 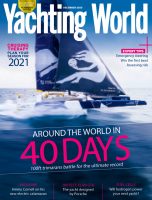 “It could be not only a record, but it could be a proper race around the world, a real match. And this is even more exciting than the record itself. But at the end this is about a record, so if we are together at the start and we push the boats too much… the goal is to finish, and that is not easy,” Franck Cammas told us.

You can follow the teams’ trackers at at gitana-team.com and tropheejulesverne.sodebo.com

Read our full analysis of the Jules Verne Trophy challenge and the chances of the new foiling trimarans in the December 2020 issue of Yachting World, which is out now.