The Marine Department of the Hong Kong Government has responded to a letter sent by Hong Kong Boating Industry Association (HKBIA), confirming that crew on private vessels are exempted from the city’s ban on gatherings in private places.

In its letter, HKBIA requested that captain and crew of yachts be exempted from the city’s Covid restrictions, which restrict gatherings to no more than two households in private places.

Read: The ups and downs of Covid on the Asian yacht industry

In its response, the Marine Department confirms that gatherings of crew aboard private vessels, not used for public transportation or pleasure vessels let for hire, can constitute an “exempted gathering”, as the vessel is considered a place of work for crew. This covers all personnel working on board the vessel as part of their duties, including (not limited to) sea-faring crew, mechanical and maintenance crew and service crew.

The letter reminds members that pleasure vessels let for hire are currently banned from operation, under Covid rules.

Those who flout the rules on gatherings are technically subject to a maximum fine of HK$25,000 and 6 months’ imprisonment on conviction. However, there is no prosecution if a fixed penalty of HK$5,000 is paid upon demand.  The Cap. 599G regulations on gatherings are currently in place until March 23, 2022.

Readers can see the response in full below: 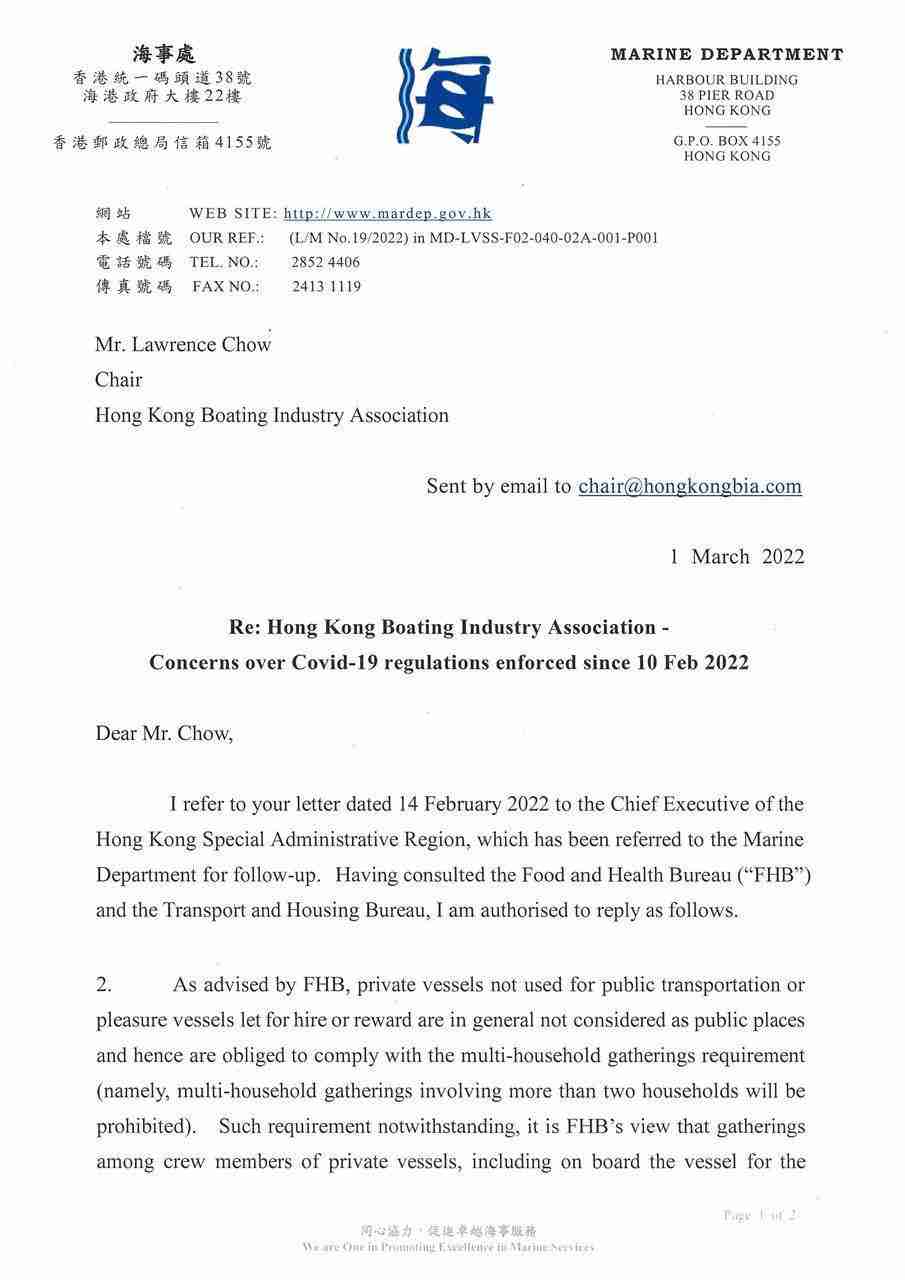