Throughout its history, yachting has enjoyed constant evolution. Tastes and mores have changed, materials and construction techniques have advanced and design and engineering become ever more innovative. As they have since their inception, yachts still typically feature a pointed end and a blunt one, but what’s in between has undergone radical change, particularly in recent decades.

Not all players in the yachting space are innovators or leaders in their chosen disciplines. Some are competent followers while others show the way forward. By any measure, naval architect, marine engineer and yacht designer Sergio Cutolo counts among the latter. His company, Hydro Tec, has functioned at the top of the market with innovative products that have found broad success and have changed the yachting game on many fronts.

Founded in 1995 by Cutolo and his wife Silvia, Hydro Tec was born as a naval architecture and engineering firm. In the early 2000s, the company made a natural move into design with instant success—success that has been acknowledged by its peers and affirmed with multiple awards. Hydro Tec is widely recognized as pioneering the explorer yacht genre, which has experienced a growing popularity among yachting enthusiasts who yearn to see and experience the world beyond the horizon.

Today, the company has more than 20 employees, along with many external partners. It has delivered almost 150 yachts, with 25 projects currently under way. It has contributed naval architecture, engineering and design to a wide variety of the most respected shipyards in the business on yachts ranging up to 80 meters.

Uptight is an evolution of the CdM 102 Darwin series and meets American standards. In keeping with her owner’s wishes, the yacht features a specifically designed layout with a “country kitchen,” which opens onto the main salon giving the whole environment an informal atmosphere, and, instead of a sky lounge, the upper deck hosts a panoramic owner’s stateroom. But the most intriguing feature of Uptight is undoubtedly the fishing cockpit fitted as those on traditional sportfish yachts. It is designed to fulfill her owner’s desire to have a reliable and comfortable explorer yacht to enjoy months-long fishing expeditions in remote and uncontaminated seas. Uptight can reach top speed of 13 knots with a range of 4,700 nautical miles at the economical speed of 9.5 knots.

Aurelia, the first of the Cantiere delle Marche Flexplorer Series, boasts one of the bigger beach clubs compared to yachts of the same size. The beach club is able to accommodate an 8.5-meter tender. When the tender is launched, this 115-square-meter area is transformed into a large outdoor living space equipped with sofas, chaise lounges, sunshades and coffee tables, as well as a beach area that opens onto the swim platform with a ladder for easy access to the water. Two fold-down bulwarks provide even more floor space and a feeling of proximity to the sea. At the cruising speed of 10 knots, Aurelia’s fuel consumption registered was about 70 liters per hour for both engines, exceeding the efficiency requests from the client and with a range value in excess of 8,000 nautical miles. Aurelia has been awarded best Displacement Motor Yacht 499GT and Below, 30 meters to 39.9 meters category; and Best Achieved Yacht in 2021.

Last but not least, the Rosetti Superyachts M/Y Emocean, recent winner as Best Displacement Motor Yacht of the year, 499GT and below, 30 meters to 39.9 meters, at the 2022 World Superyacht Awards; and as Revelation of the Year at the World Yachts Trophies. Emocean has modern and elegant lines and boasts all the technical features of a true explorer yacht. In less than 12 months, this modern crossover has already put 20,000 nautical miles on the clock, and embarked on not one, but two transatlantic crossings.

Hydro Tec can start from a blank sheet to conceive a new yacht, and find solutions for any kind of matter, offering something unique: an integrated design vision that can deliver the full package. Primarily though, the team offers its expertise to design the perfect yacht in terms of aesthetics and function. Hydro Tec realized that this is only possible when you have a multi-professional presence in the same company, all with a common sensibility. This integrated approach gives huge benefits to all aspects of a project, whether it is to complete the entire design and engineering or when working as part of a team.

Hydro Tec’s aim is to design yachts able to offer the guests a wide variety of experiences, containing multiple toys and amenities, being comfortable both for fun and for business, being able to reach far and complicated destinations, being performing and eco-friendly. 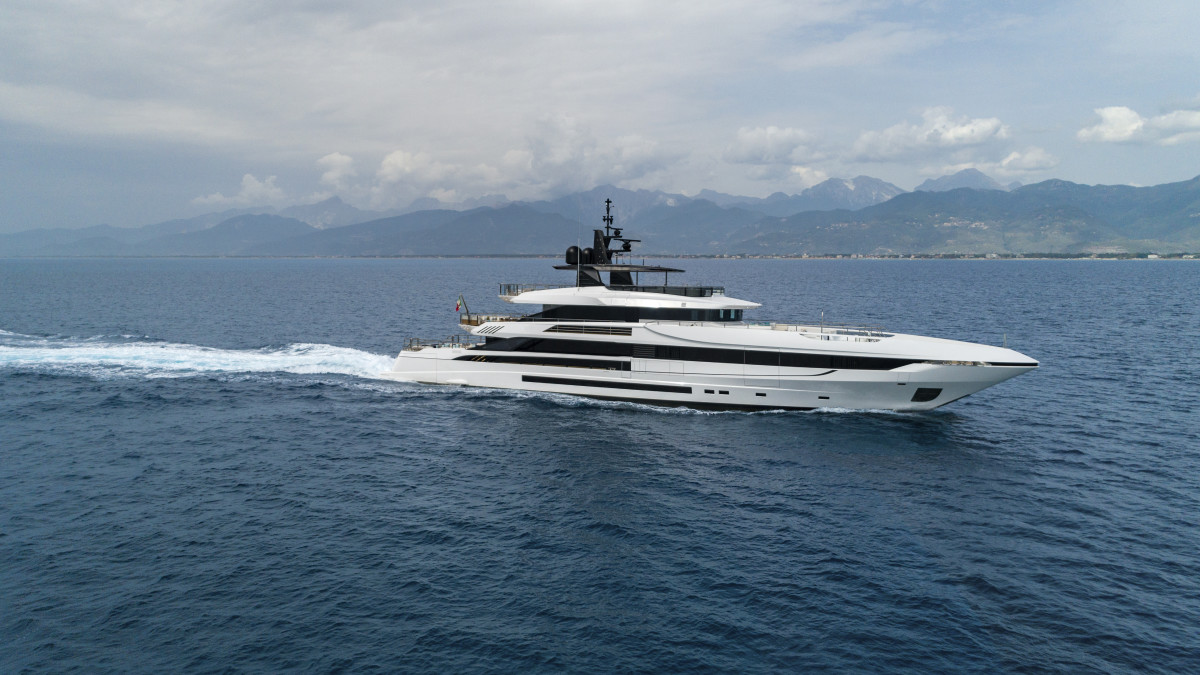