The new 34-metre was presented at Genoa Boat Show 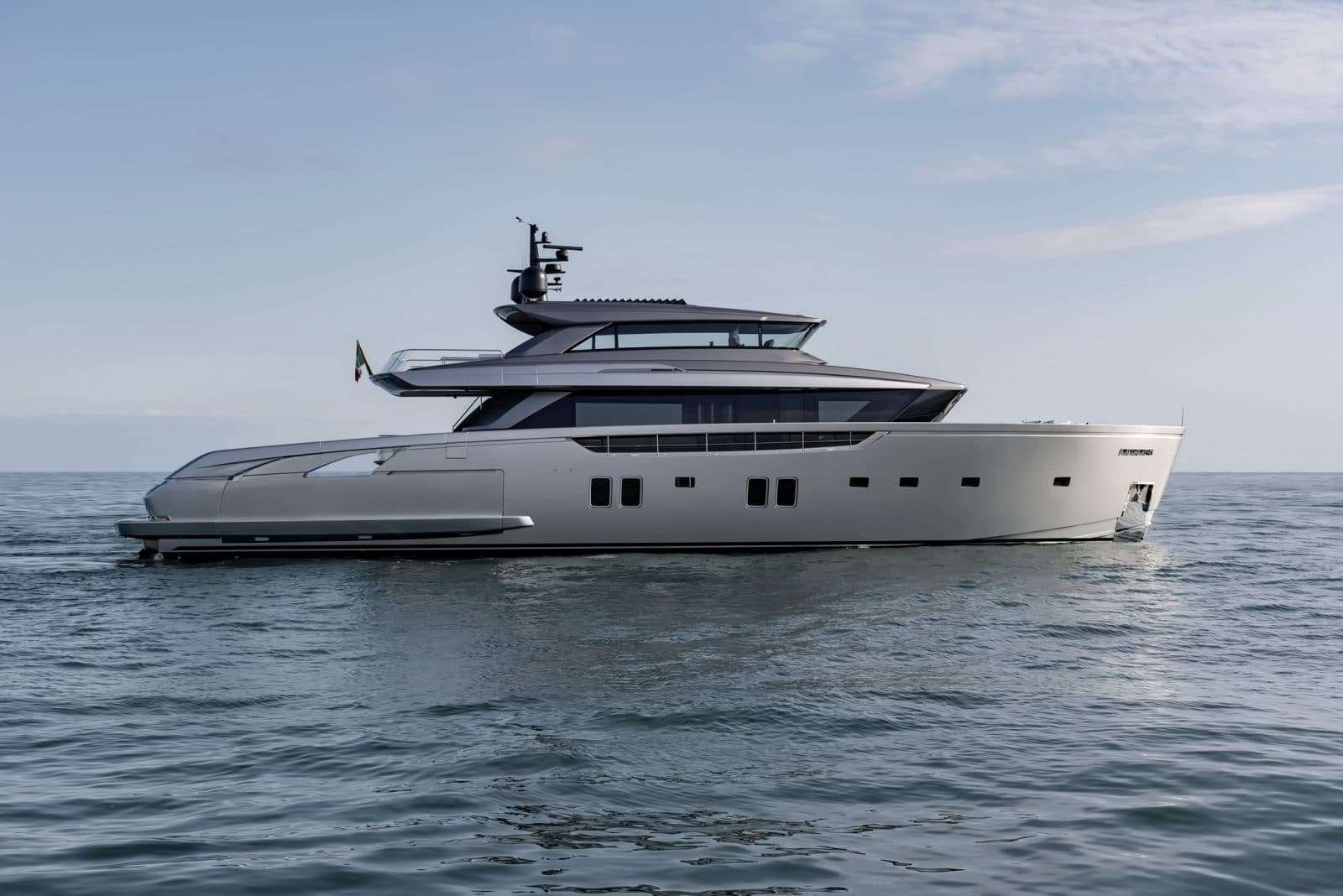 Sanlorenzo has released interior images of its new 34-metre SX112, the flagship in its SX crossover line. The SX line was launched in 2017, blending classic motor yacht styling and flybridge design with explorer yacht functionality, an initiative of Sanlorenzo Executive Chairman Massimo Perotti. The SX112, which was presented by the Italian yard at the Genoa Boat Show 2020, is the latest in a series of SX yachts, starting with the SX88 and the SX76. 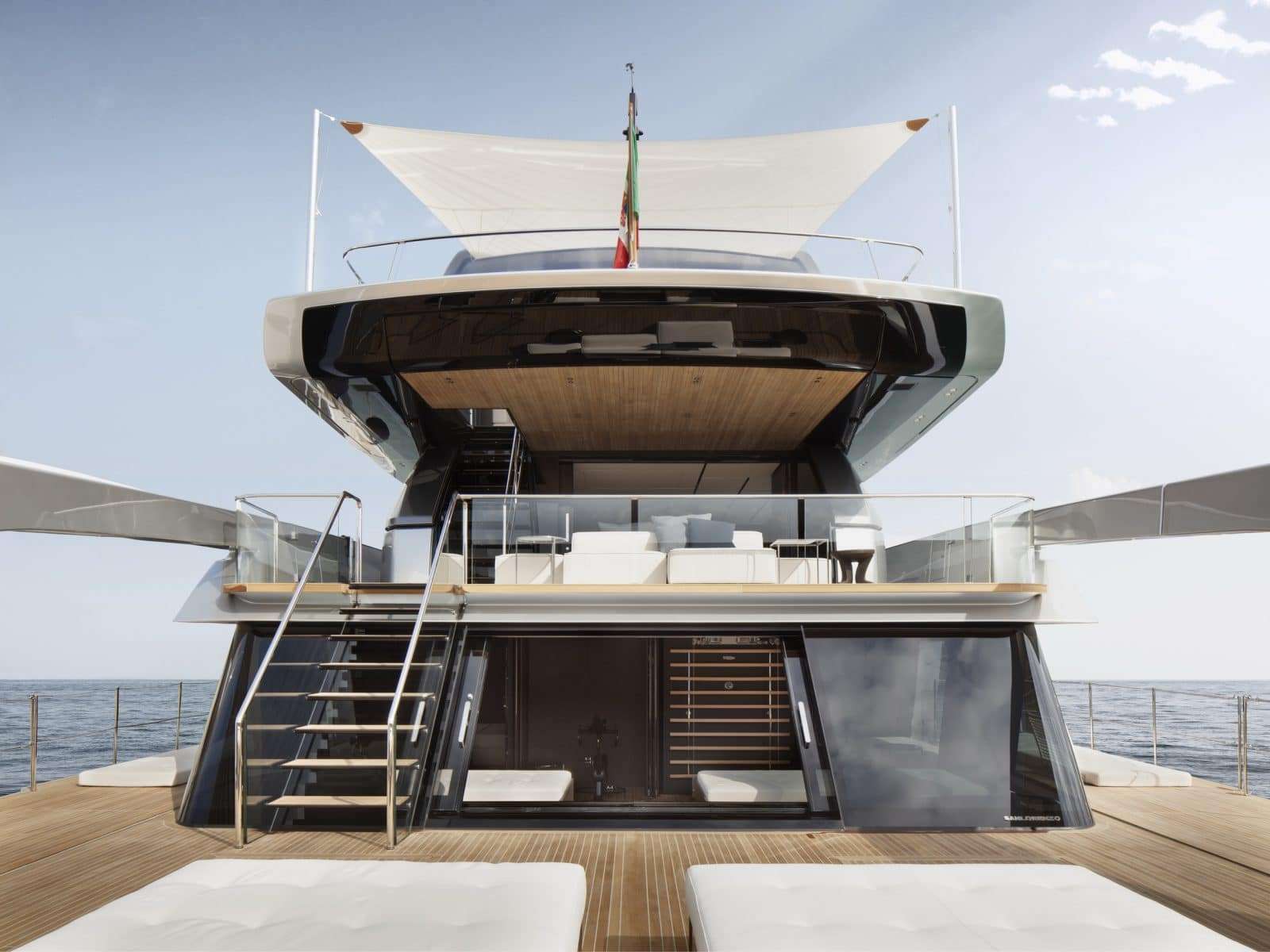 The exteriors are courtesy of legendary Italian design firm Zuccon International Project, while the interiors were done by Piero Lissoni, recruited by Sanlorenzo in 2018 as in-house designer. Lissoni has been responsible for the branding concepts for Sanlorenzo. 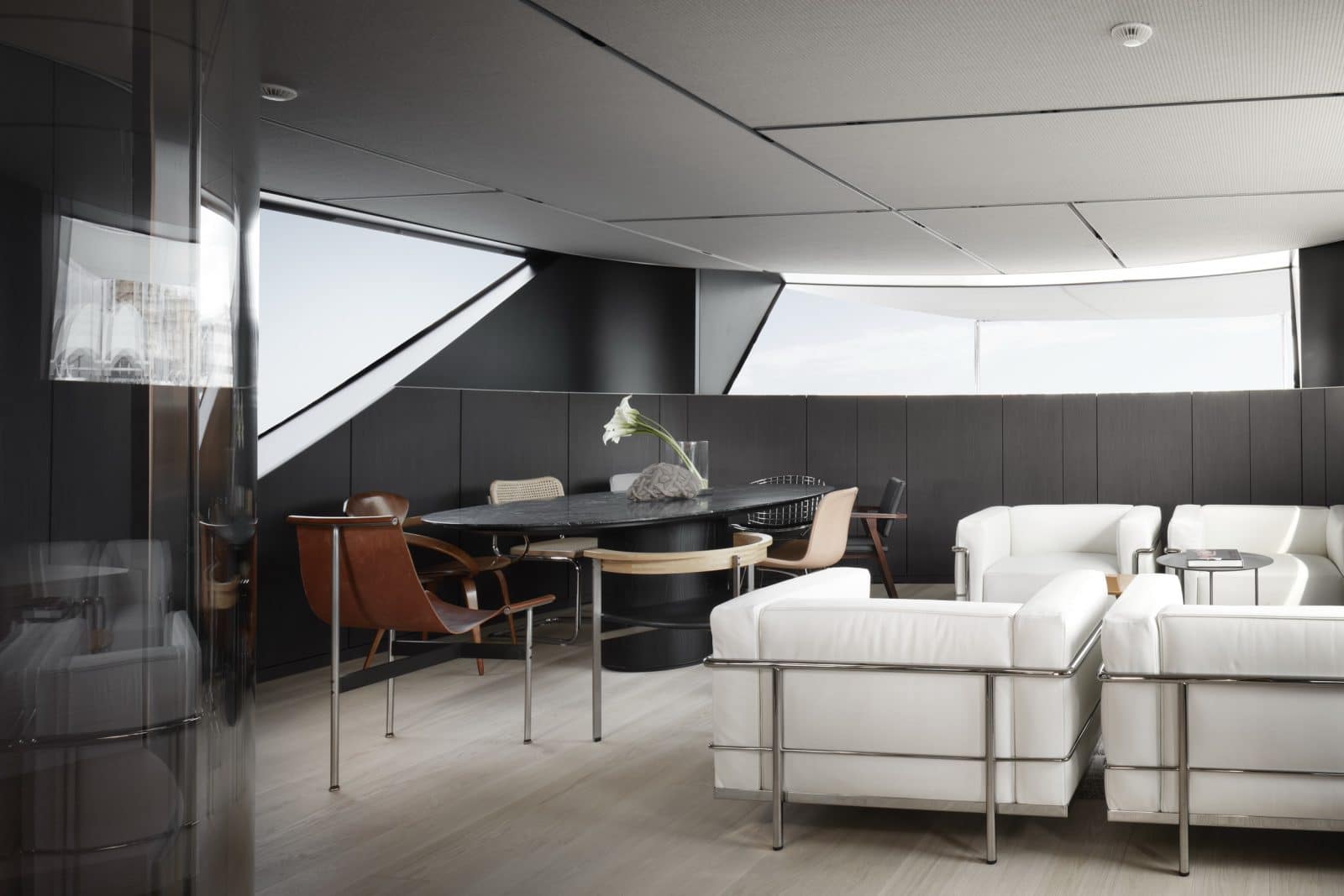 A key aspect of the new SX112 is the aft area, which has a spacious internal beach area connected to the outside with retractable terraces, allowing owners to enjoy a full indoor-outdoor experience.

While Zuccon referenced large marine mammals on the exteriors, Lissoni focused on the subdivision of the internal spaces, with the main deck organized as an open space. The wheelhouse has been placed on the fly bridge, freeing up the bow zone of the living area on the main deck, creating a single continuous space for living and dining. 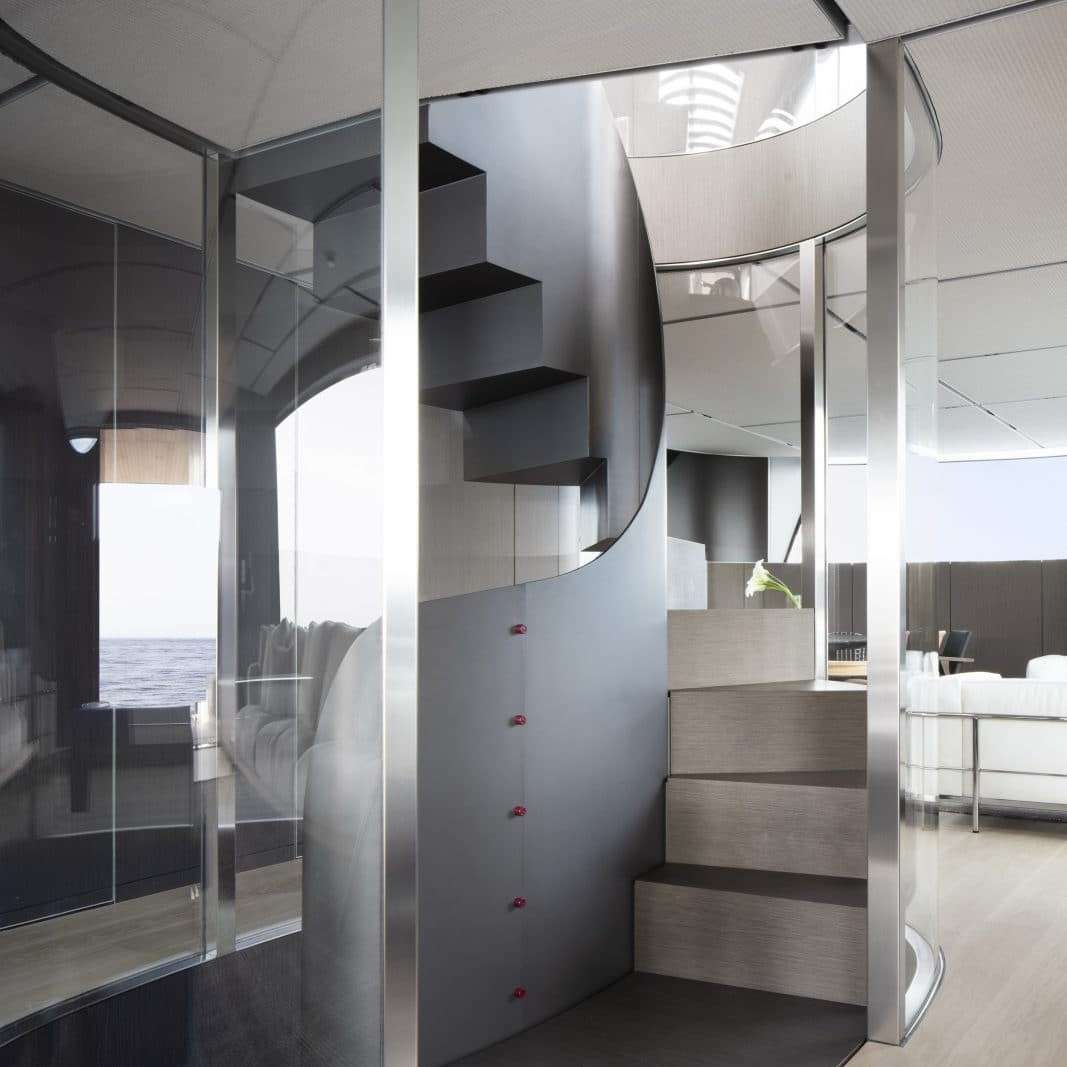 The internal helical staircase extends through three levels to connect the decks, and at the height of the main deck it is enclosed in a transparent oval volume, enhancing the staircase while making it seem to be suspended in the air. Design leitmotifs combine Japanese simplicity and Italian elegance. 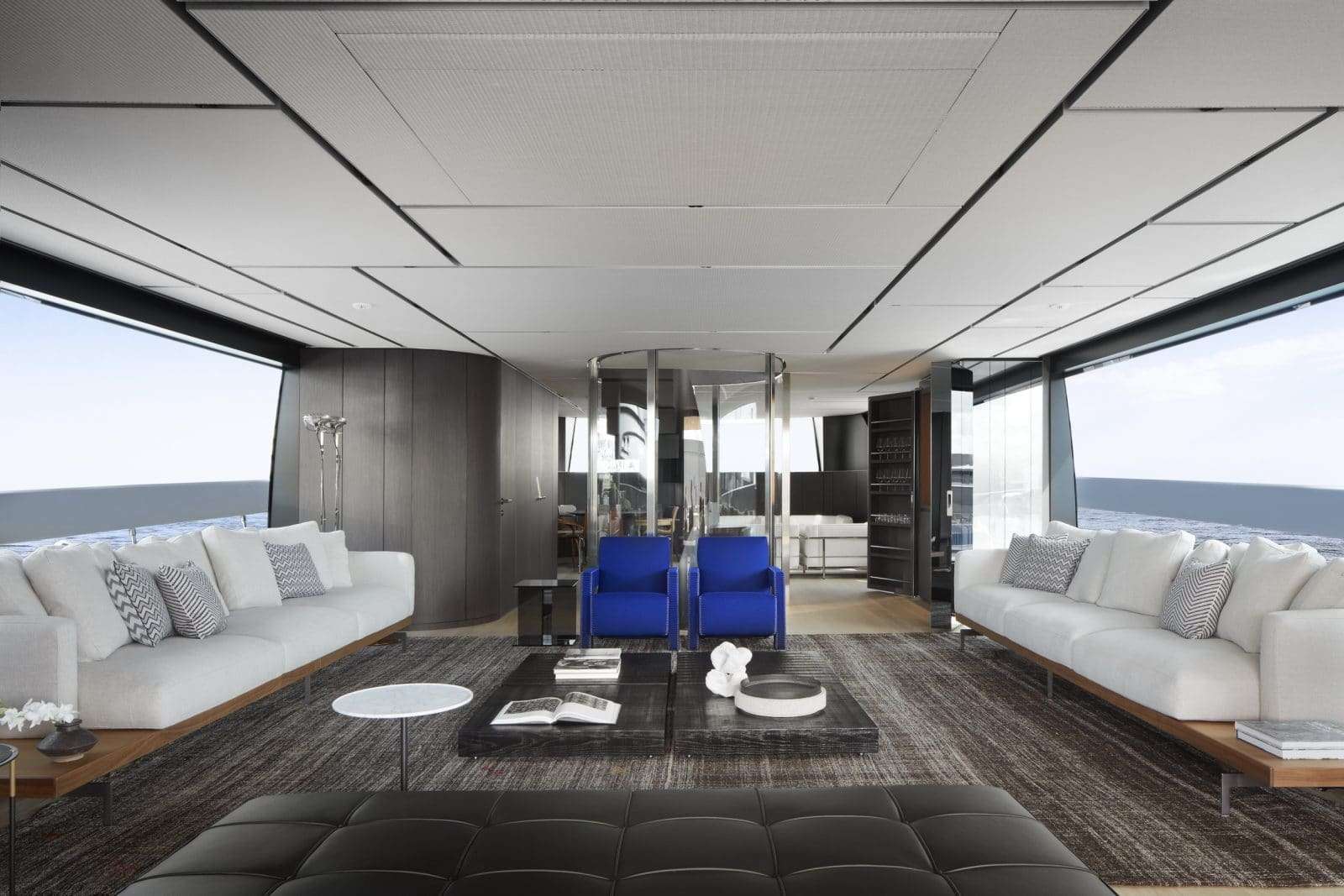 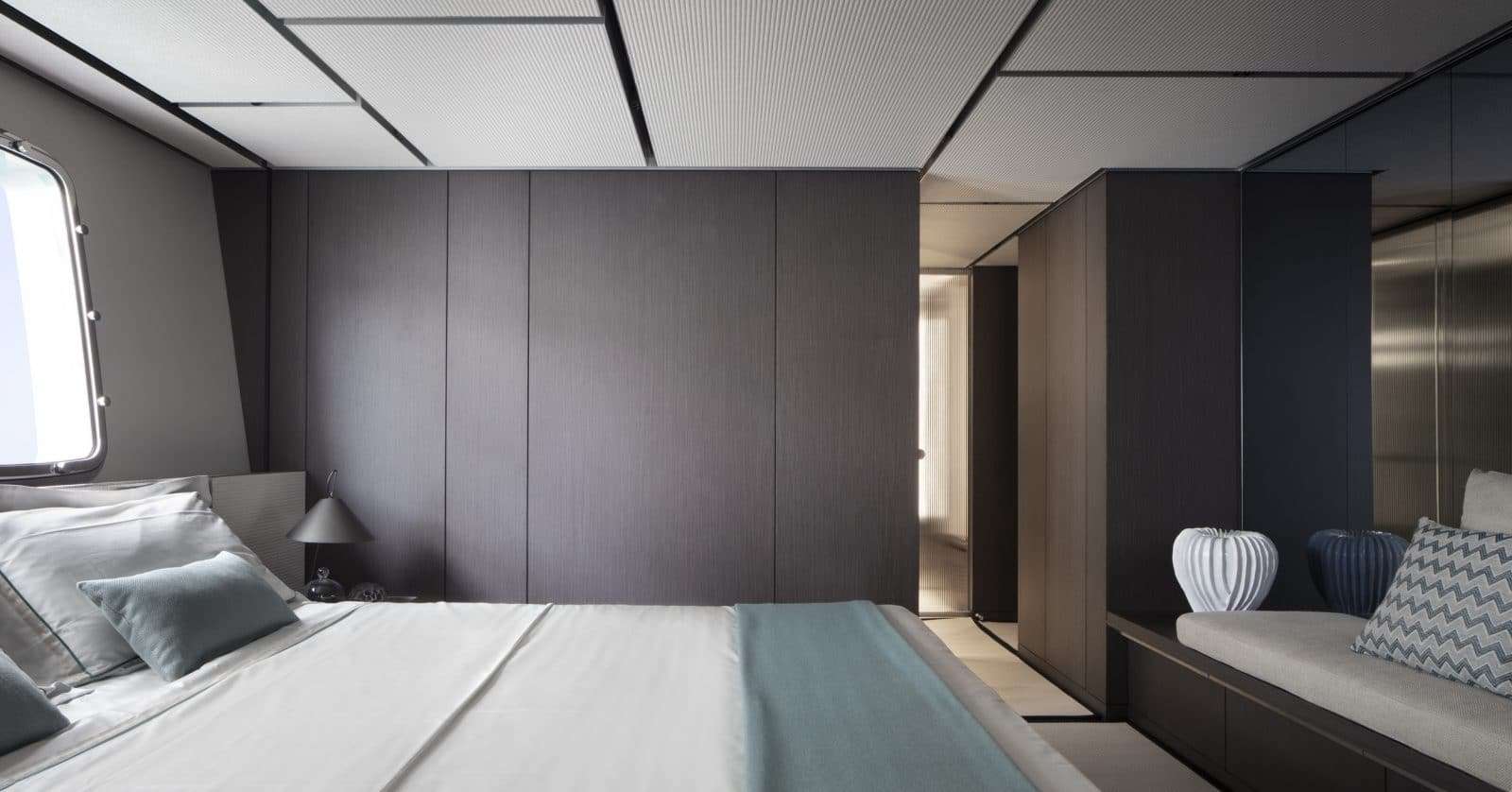 Sanlorenzo is represented in Asia by Simpson Marine, which recently announced the sale of the first SL96 Asymmetric in Asia into Hong Kong.