Dr Amanda Vincent is a Canadian marine biologist and conservationist

The Indianapolis Prize, which recognises success in saving animal species from extinction, has been referred to as the “Nobel Prize” for animal conservation. In May 2020, the biennial prize and US$250,000 in prize money were given to Dr Amanda Vincent for her work protecting seahorses and saving marine habitats.

Vincent, who is the first scientist to win for marine conservation, was selected from among 31 candidates, some of whom have worked for decades on conservation and have established foundations for animal protection.

Vincent won for a decades-long research programme, Project Seahorse, of which she is the director and co-founder. 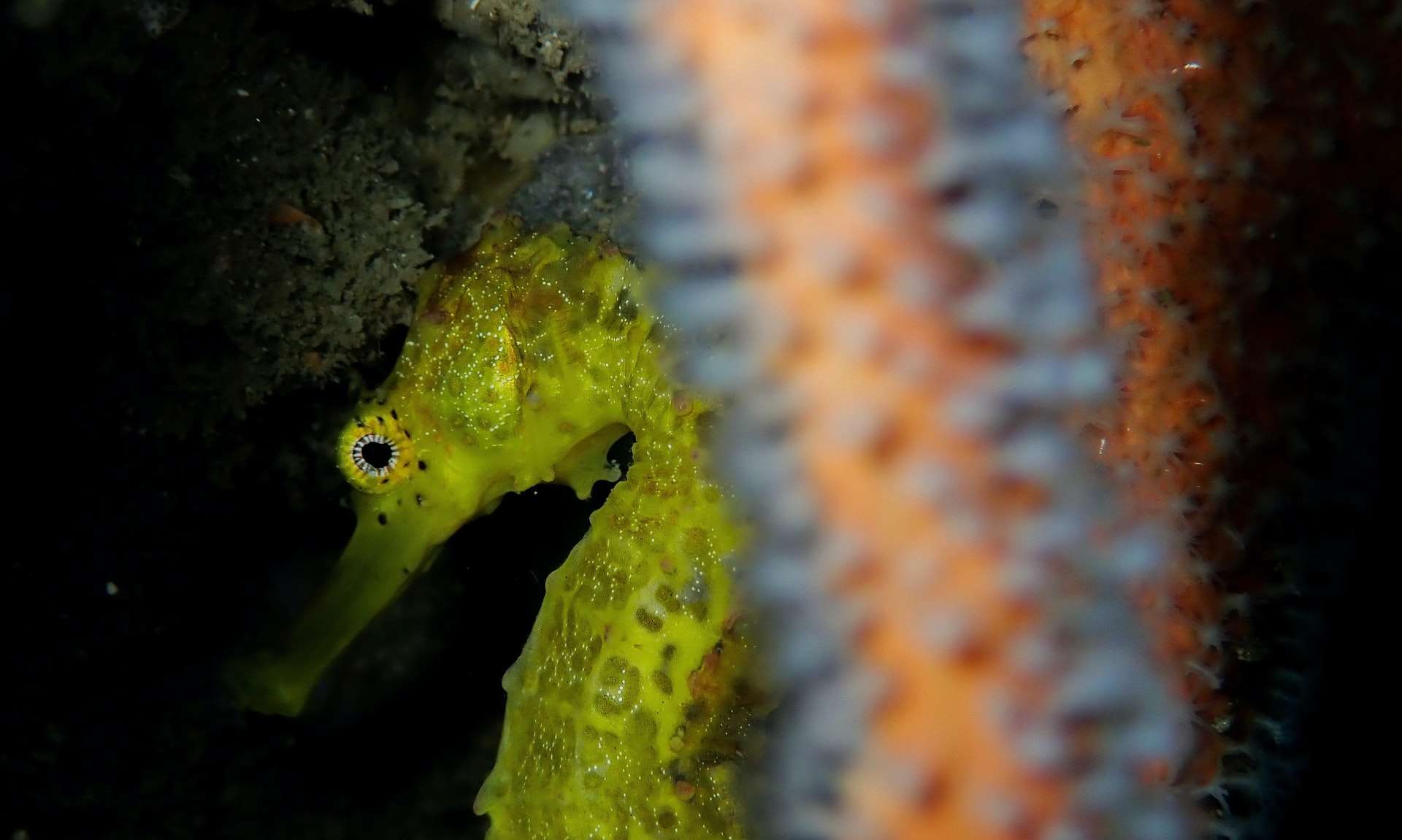 “Dr Amanda Vincent’s determination to protect our oceans and the species that inhabit them is nothing short of heroic,” said Dr Rob Shumaker, president and CEO of the Indianapolis Zoological Society, in a statement. After so many years of often pioneering work, Vincent shows no signs of slowing down.

Born in Canada with a doctorate from the University of Cambridge, Vincent is a professor at the Institute for the Oceans and Fisheries at The University of British Columbia. She became fascinated with seahorses in the 1980s when she discovered that it was the males who gave birth to offspring, rather than females. Male seahorses will fertilise an egg from the female, which then deposits the egg in a pouch in the male’s body. This results in males doing more parenting and being less aggressive than males of other species. She has described their mating dance as a slow underwater ballet.

Raising awareness has been a key focus for Project Seahorse. In the Philippines, the programme has helped establish 35 marine protected areas covering 250 hectares

“They represent what’s best and most vulnerable in the ocean,” Vincent told the IndyStar newspaper.

Vincent was the first marine biologist to look for seahorses in the wild. “They are very hard to spot [in the wild].” To elude prey, seahorses will become very still and blend into their environment, even changing colour. The ability of seahorses to hide effectively meant that Vincent’s first forays into the wild were useless. She had to first study them in aquariums, before learning how to spot them in the ocean. 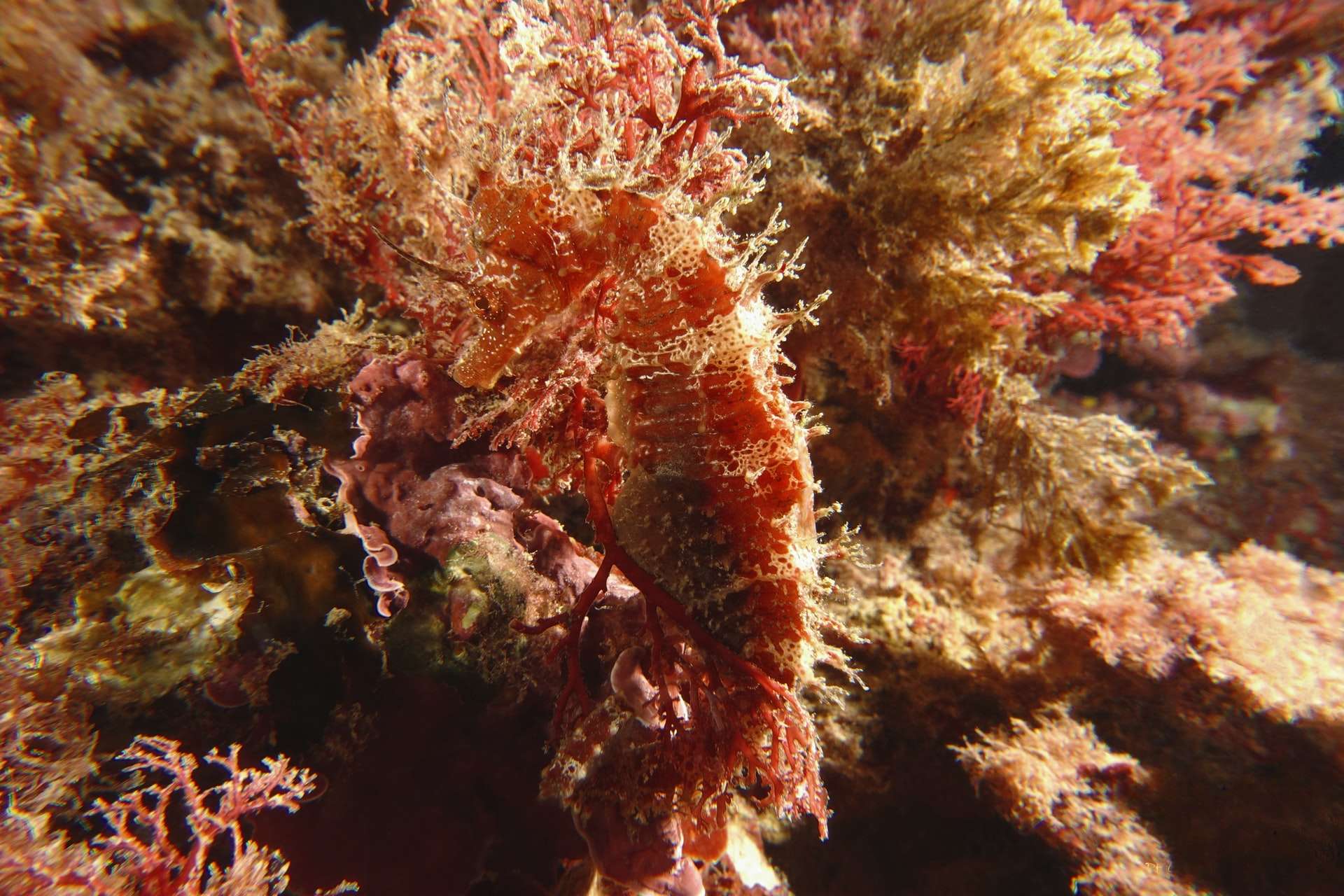 Seahorses can change colour for camouflage against their environment

“By the early 90s, I was heavily engaged in questions of governance and regulations, and setting up MPAs [marine protected areas],” Vincent recalls. In 1996, Vincent founded Project Seahorse, aimed at conserving seahorses endangered by destructive fishing practices and habitat destruction.

“I have long felt that boaters and conservationists should work together. It would be fantastic if boaters saw themselves as ambassadors of the ocean, to tell stories about the ocean.”

“When you put all this together, you can capture many of the world’s most pressing marine conservation problems in tremendously charismatic animals that engage us in trying to find solutions,” said Vincent in a statement.

Tens of millions of seahorses are captured by nonselective fishing gear. Moreover, seahorses are traded illegally around the world, with dried seahorses used in traditional medicines or even as curiosities for tourists.

According to Vincent, one of the key features of Project Seahorse was creating a tight “feedback loop” between research findings and policymaking. “We stay focused on solutions, not just identifying problems,” says Vincent. “We take the approach that works.”

Project Seahorse has helped to establish 35 marine protected areas covering 250 hectares, all of them in the waters north of Bohol Island, the Philippines.

Project Seahorse is currently reaching out to anthropologists, lawyers and businesspeople. “Our big push now is against bottom trawling,” Vincent says. “They [bottom-trawling fishing boats] just go out and clear cut the ocean, all of it for fish meal as chicken feed, or feed for aquaculture [fish farming].”

Vincent notes that human slavery is a common problem among crews of bottom-trawling vessels, and so she’s trying to recruit human rights organisations and lawyers for help.

Bottom trawling is unprofitable according to most studies, with trawlers relying on government fuel subsidies to continue. Researchers for the International Institute of Environment and Development estimated that global subsidies to the fisheries industry came to US$35 billion in 2018, with $22 billion going to fuel subsidies.

Even marine protected areas have been subjected to trawling activities, undermining the whole purpose of a marine protected area. “There are hundreds of thousands of bottom trawlers out there,” Vincent says. “Hong Kong has outlawed it, and there are laws against it in territorial waters, but often little enforcement.”

Bottom trawling involves dragging enormous nets across the seabed, often destroying delicate habitats such as seagrasses, coral reefs and rock gardens, as well as trapping sea life unwanted by trawlers. Vincent reckons that this practice has gone on for so long simply because the public is unaware of the damage.

“The oceans are still under fisheries management only, which is about exploiting the sea. It’s still the wild west out on the sea,” says Vincent. She adds that the US, until the dawn of the Trump administration, was doing quite well in marine conservation. Australia, New Zealand and Norway have all done better, but they still allow bottom trawling, Vincent adds.

Asia is a “mixed bag” on marine protection. Indonesia had a tough-minded fisheries minister in Susi Pudjiastuti, who became famous for blowing up vessels fishing illegally in Indonesian waters. In 2019, she was replaced by Edhy Prabowo, who has since backed away from Pudjiastuti’s hard line. The Micronesian island of Palau has decided to focus on tourism rather than fisheries, Vincent says, though she worries the drain on tourism caused by Covid-19 will cause backtracking.

Vincent became fascinated with seahorses in the 1980s when she discovered that it was the males who gave birth to offspring, rather than females

“There are two great solitudes in conservation: terrestrial conservation and marine conservation,” she says. “The jury (of the prize) asked me about how many species have recovered [in our programme]. It’s easier to do this kind of work on land.”

Vincent estimates there are 47 known species of seahorses, but only 20 to 25 people studying them worldwide

Vincent estimates there are 47 known species of seahorses, but only 20 to 25 people studying them worldwide. “The IUCN (International Union for Conservation of Nature) unites 1,350 organisations, but even they haven’t gotten their head around the oceans,” she says.

The IUCN has set a target of protecting 30 per cent of all marine habitats by 2030. According to the Pew Trust, just five per cent of the ocean has been protected, and only two per cent is considered “highly protected”.

Vincent says that most people still think of ocean conservation in terms of the surface. “Plastics are not our biggest problem, but they are the biggest focus right now. If you listen to the news, it’s all about plastics.” she says. “[But] fisheries and climate change are much bigger threats to ocean health.” 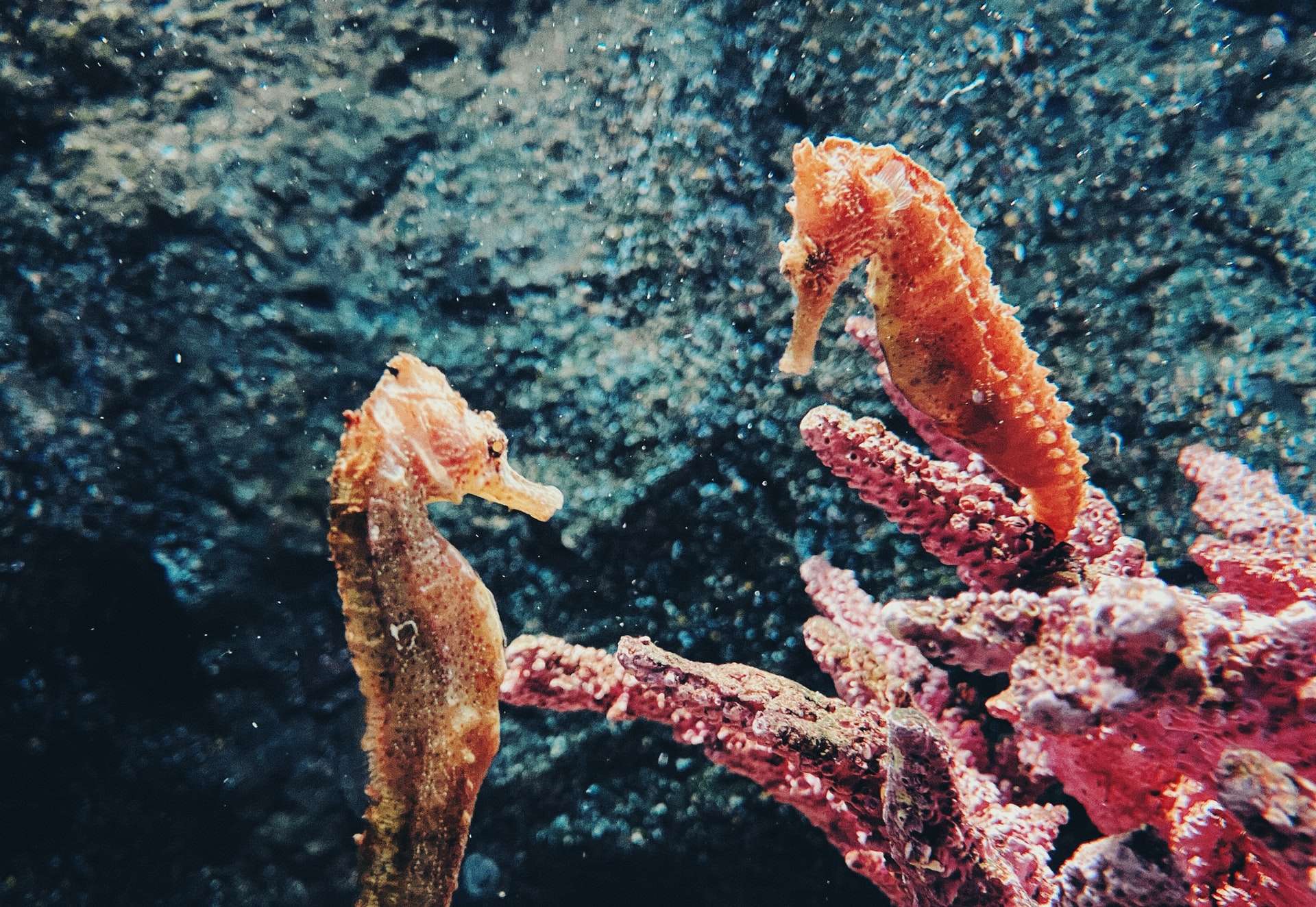 To that end, Vincent encourages boaters and yacht owners to get involved in ocean conservation. Project Seahorse established a web portal, iseahorse.org, to encourage citizen scientists to upload information and images of seahorses in the places they dive, to help gather data which can be used in policy discussions.

“I have long felt that boaters and conservationists should work together. It would be fantastic if boaters saw themselves as ambassadors of the ocean, to tell stories about the ocean.”