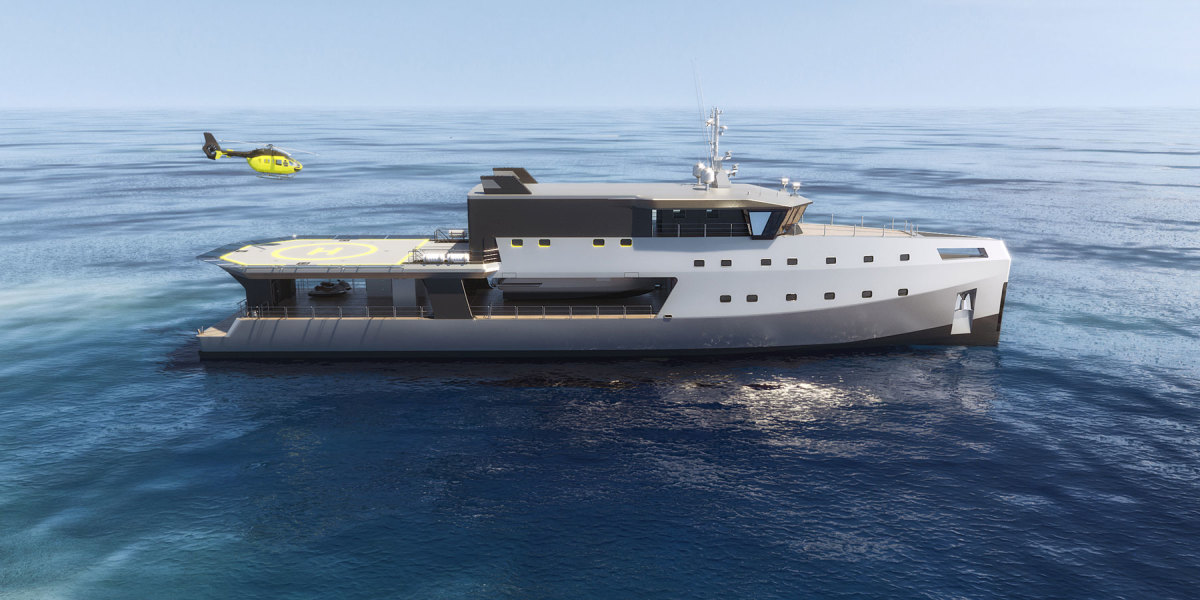 Barcelona-based Kirsten Schwalgien Design (KSD) has been awarded the Good Design Award 2020 for the ultimate yacht support vessel featuring an innovative roll-in helicopter hangar. The 213ft (65m) BIG SHADOW was developed with in collaboration with an experienced yacht owner and Damen Shipyard.

The Good Design Award 2020 is held annually by The Chicago Athenaeum Museum of Architecture and Design and celebrates the best in innovative industrial, product and graphic design.

Among BIG SHADOW’s most unique features was a specific request from the client: a full-size roll-in helicopter hangar able to store up to an Airbus H145 without folding the rotor blades. “The owner’s brief required to implement the heli- hangar into the existing structure,” explains Kirsten Schwalgien, Founder of KSD. “The roll-in hangar allows the owner to transport their helicopter with maximum speed, ease and efficiency. It’s a feature which I expect to see more of in the future.”

With a volume of approximately 1,380 GT and a beam of 42ft (12.7m), BIG SHADOW provides plenty of space needed for the ultimate ocean adventure. Up to 11 crew are accommodated onboard, as well as a fully-equipped stock of toys and tenders. BIG SHADOW delivers a top speed of 18 knots and an impressive autonomous range of 5,000 nm at a cruising speed of 14 knots.

Describing the design philosophy behind BIG SHADOW, Schwalgien continues: “The vibrant fluorescent yellow accent color gives the boat a recognizable presence. Tapered bulwarks elongate the entire design, while the sheer line and the superstructure converge to push the visual weight of the boat aft to achieve a more dynamic shape and sharper lines. BIG SHADOW has her own character, defined by a contemporary, aerodynamic shape, much-improved functionality, and a distinctive design.”

With contemporary lines and maximum functional features, KSD has designed a yacht support vessel that maintains its own identity while complementing the mothership. “Utilitarian, dynamic, and with an edgy silhouette – yacht support vessels are not pretending to be in the same class as a superyacht, but they can certainly hold as stand-out boats in their own right,” Schwalgien states. “A new typology of boats needs a new design language both in terms of exterior and interior design.

BIG SHADOW was developed in collaboration with the owner’s representative, Richard Pearce / Waterproof, who played a significant role in bringing the first Damen support vessels into the yacht market. “What started as just a commercial platform with free deck space has now evolved into an important part of the yacht industry,” says Pearce. “Current shadow vessels have increasingly specific requirements, whether it be for helicopters, extra accommodation or even medical support. Yacht support vessels and the crew they accommodate play an equal part in the owner’s yachting experience. With vessels like BIG SHADOW, it’s clear that the attitude towards shadow yachts is changing, and the design aspects will be more focused on.

In addition to BIG SHADOW, KSD has collaborated on various superyacht projects, including the custom-designed tenders of the 328ft (100m) Feadship superyacht MOONRISE and the exterior design of the 377ft (115m) superyacht LUNA. Current projects include the development of a 426ft (130m) motor yacht, as well as the construction of a new 213ft (65m) support yacht at Armon Shipyard. KSD confirms that the project is scheduled for delivery in November 2021. 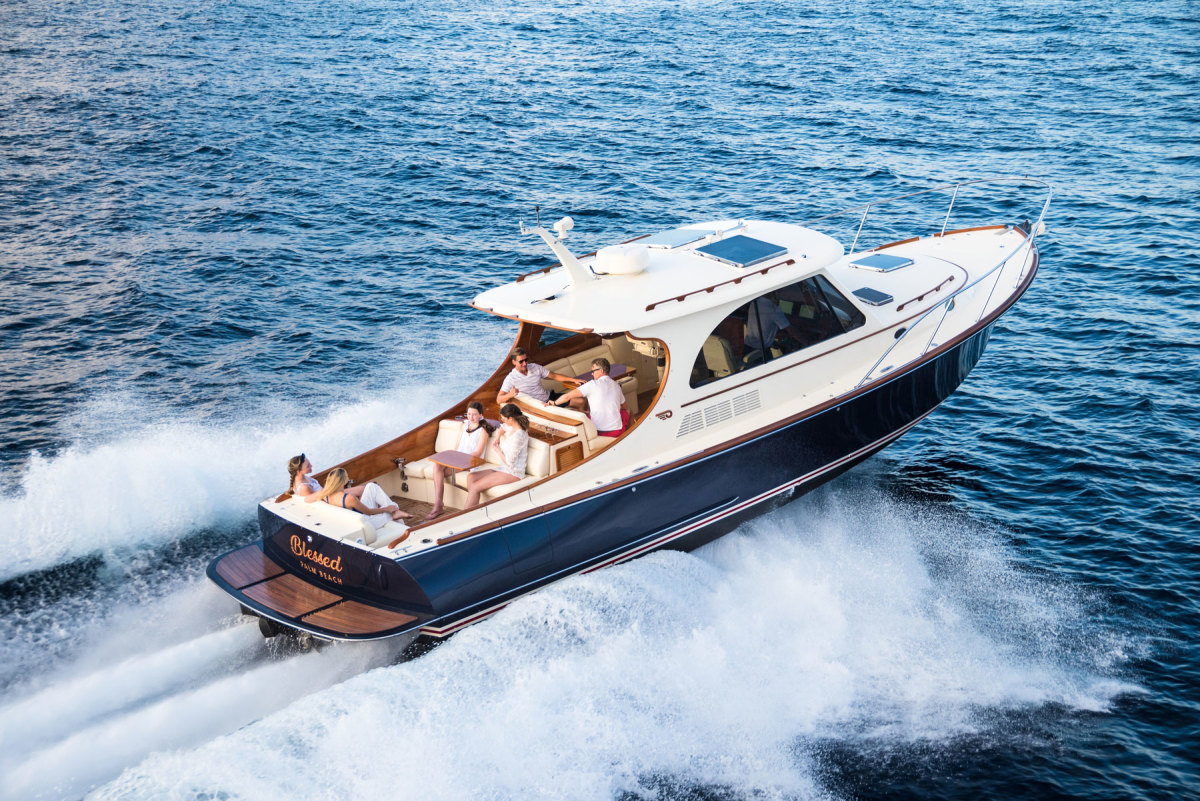 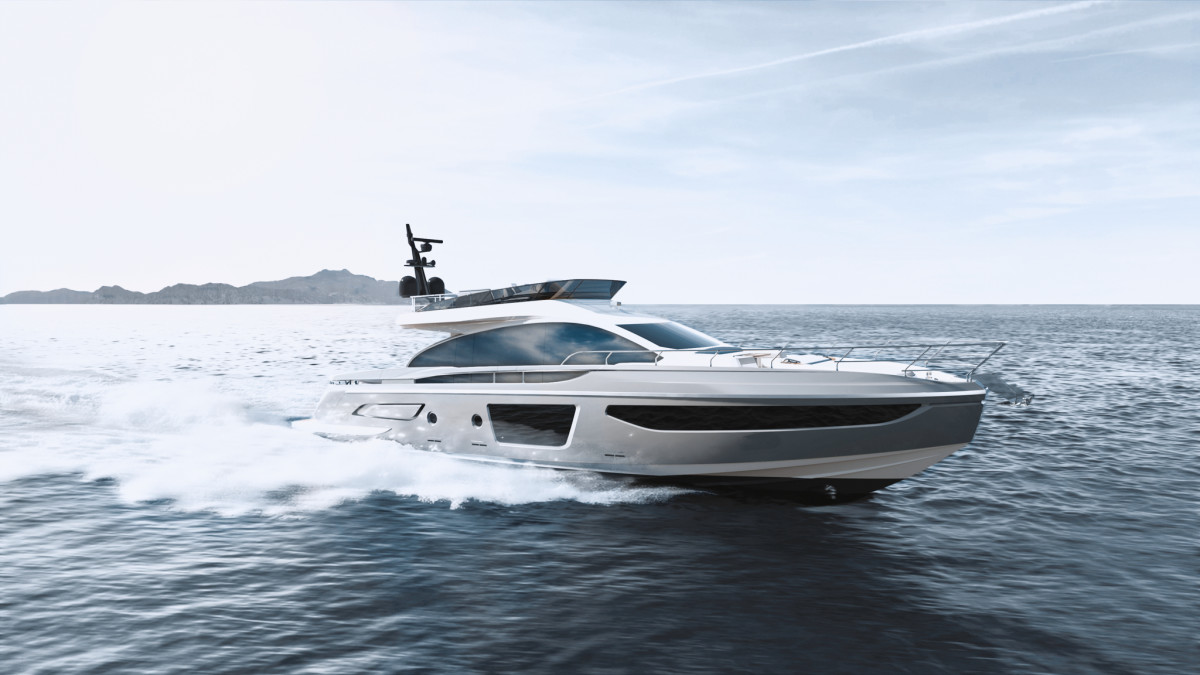