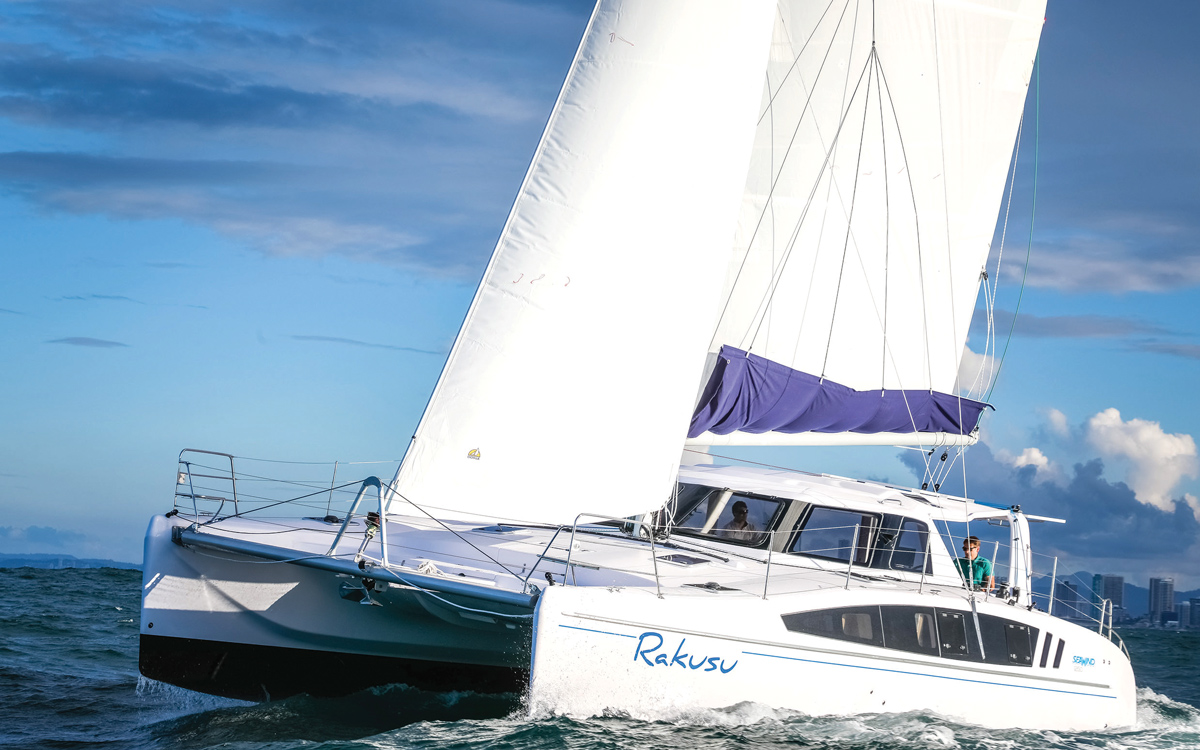 First seen almost two years ago at the Miami Boat Show, this Seawind 1260 catamaran is at last heading to Europe

The Seawind 1260 has been well received in the States, where the brand has a strong following, but these multihulls are in fact built designed in Australia and built in Vietnam.

Seawind aims to make its boats safe and seaworthy above all, a fact reflected by their broad bluewater community of catamaran owners.

The helm station is in the cockpit, just as it would be on a monohull, bringing the boom down low for less heeling moment and a more efficient rig.

This has repercussions across the boat, whose vacuum infusion lay-up and pragmatic approach to interior comfort give it a sensible displacement of around 8 tonnes (the Lagoon 42 weighs 50% more).

This may lack some modern ‘luxuries’ such as foredeck cockpits and flybridge sofas, but that’s not to say that the Seawind 1260 is uncomfortable.

There’s extensive lounging in the saloon, which can be opened right up by swinging the rear doors up to stow in the coachroof.

The galley is placed down in the port hull and you can choose between three or four cabins sharing two decent heads with showers.

There’s a grill hidden in the console next to the seating at the aft end of the cockpit, and you can hand food and drinks up to the saloon easily from the open galley.

There are also seats at the bow and steps down onto small bathing platforms in the skirts of each hull.

Being lighter, the Seawind 1260 can get away with smaller engines – twin 29hp Yanmars – and less tankage, albeit still a respectable 480 litres.