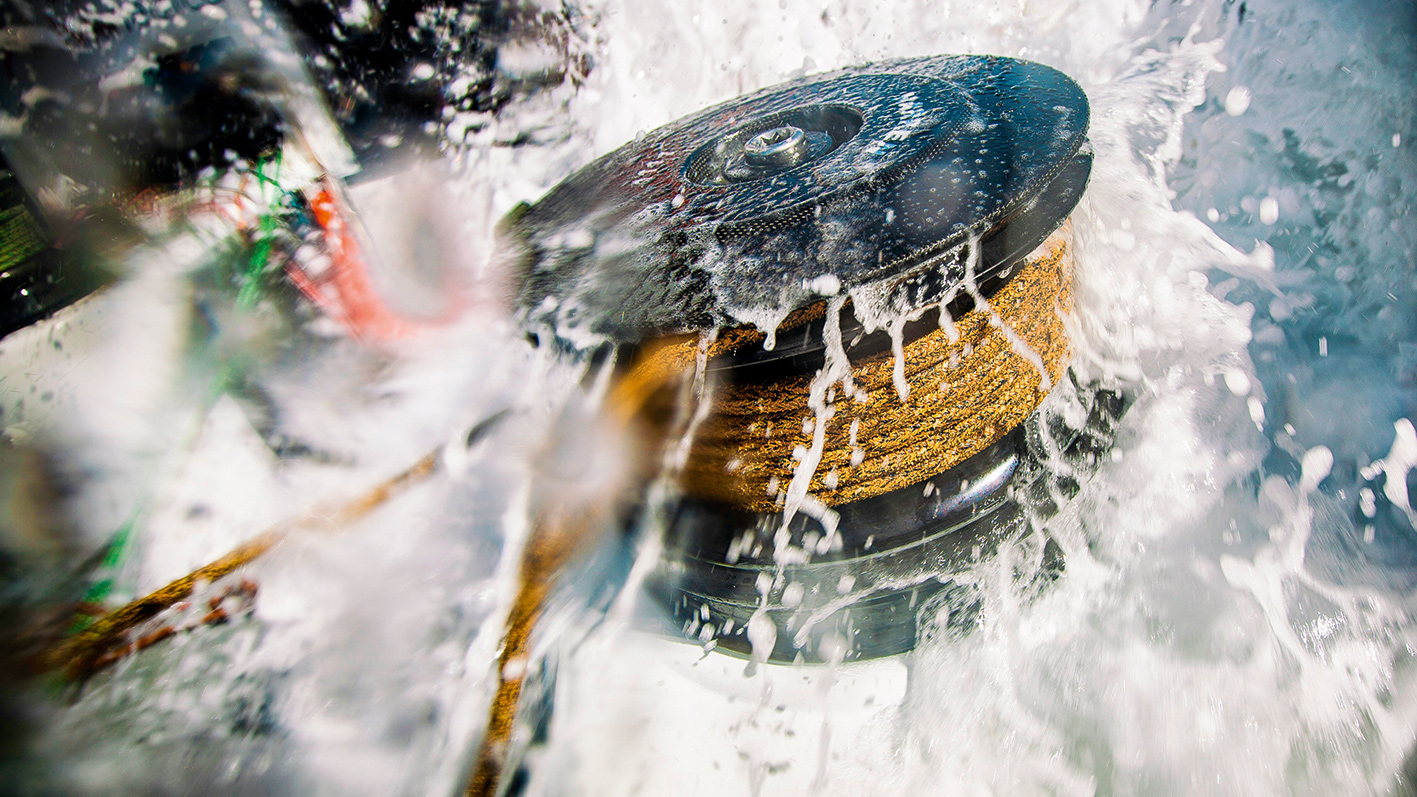 Yachtmaster Instructor Rachael Sprot gives us her expert tips on sail handling for larger yachts and some of the pitfalls to watch out for in this masterclass.

It’s only really developments in sail handling technology that have allowed the size of boats to increase so much: we’ve been building yachts of 60ft for decades, but they often needed a full crew to sail them.

The move towards sloops and away from cutters and ketches means that any single sail is likely to be bigger too. But thanks to furling sails, electric winches, asymmetric spinnakers and snuffers, a crew of two can handle a 60-footer in largely the same way they’d handle a 40-footer.

It’s not just the boats that have got bigger. The upwind sail area of the new Swan 48 is 22% bigger than that of the 1971 S&S of the same length. Although technology has allowed us to build far more power into our rigs, the fact that we can reduce that power at the push of a button masks how big the loads are.

These increased loads need to be treated with enormous respect. If you’re hit by a flogging jib sheet on a 60ft yacht it feels like you’ve been knocked down with a crow-bar (I learned this lesson the hard way).

A flappy sail is not just unhappy, it’s lethal. Emily Bower runs Skyelark II, an Oyster 62, with her husband, Dan (adventuresailing.com). She points out that big headsails are fine when they’re up and you can use the furling gear to control them, but if you need to raise or lower them, perhaps because a halyard has failed, they become a hazard.

“You can get yourself in a mess handling big sails short-handed, especially if a big gust of wind comes along.” They impress on their guest crew to always ask for help with sail handling. As a charter yacht they often have novice sailors on board, and emphasised how important it is to give people something to monitor while winching. “Make sure they know what to watch, and know when to stop winching,” said Dan. He also found that being gentle with the commands translated into more sympathetic use of the power: “We ask people to ‘tickle’ the button now, it’s so easy to be heavy handed otherwise.” 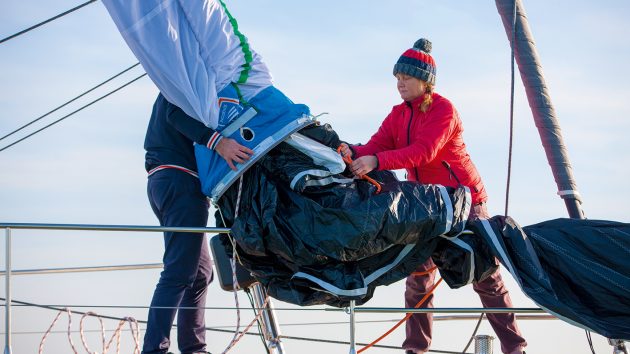 A snuffer allows a crew of two to handle a large asymmetric spinnaker with relative ease. Photo by: Christophe Breschi

Moving heavy sails is also challenging. Rather than brick them, which makes them really dense and awkward to handle, leave them in a long flake with plenty of sail ties on.

These can be used as handles so that multiple people can help lift and drag it to where you need it. When reefing, it’s not advisable to let the mainsail flog to depower it: the sail and boom might have a combined weight of a quarter of a tonne.

Traditional sailing techniques offer today’s skipper seamanship techniques to draw from and scandalising the main for reefing is one example. Rather than allowing the sail and boom to flail around, raise the boom on the topping-lift or vang while keeping some tension on the mainsheet.

This will open the leech allowing the wind to spill while keeping the boom under control. With increased loads, gear failure becomes more serious. As a teenager I was deckhand on an ageing Whitbread maxi. We were storming along at 12 knots when a genoa sheet parted. It sounded like a canon had gone off and the line snapped back instantly, fortunately no one was in the way.

Because it’s so expensive to replace, there’s a temptation to keep old gear going past its ‘use-by date’ on larger yachts. I’ve never liked having anyone stand near a loaded sheet since. Good winch and line handling technique is essential for sail handling on larger yachts.

Unfortunately degloving injuries are not uncommon and even experienced sailors have lost fingers in a moment’s inattention. Emily Bower also pointed out how dangerous power winches can be if they fail. “I was putting someone up a mast one day and when I took my finger off the button the winch kept turning,” she recalls. “I had to ease the line continually to prevent the person being winched into the block while someone else went below to isolate the batteries.”

Although the sailplan often stays the same despite the increase in boat length – a mainsail and furling headsail remains a pretty standard set-up for boats from 20-80ft – the systems involved in managing that sailplan become exponentially more complex and more critical as does the sail handling. If the roller furler fails on a large yacht there’s a lot of sail wrestling to do.

From windlasses to electric winches, gear failure isn’t just inconvenient, it can be downright dangerous when sail handling. I’ve had to retrieve 80m of chain and a 40kg anchor by hand, and it took 10 crew the best part of half an hour to do it. Fortunately, we weren’t on a lee shore at the time or it could have been a different story. If we’d been short-handed we’d have had to drop the bitter end and buoy it, to return in better conditions.

If you rely heavily on any system, service it and inspect it like you would your engine. Replace worn deck gear and running rigging on the advice of your rigger. Before it fails, think through how you could cope without it, especially if doublehanding, and bear in mind that no piece of kit is 100% reliable. 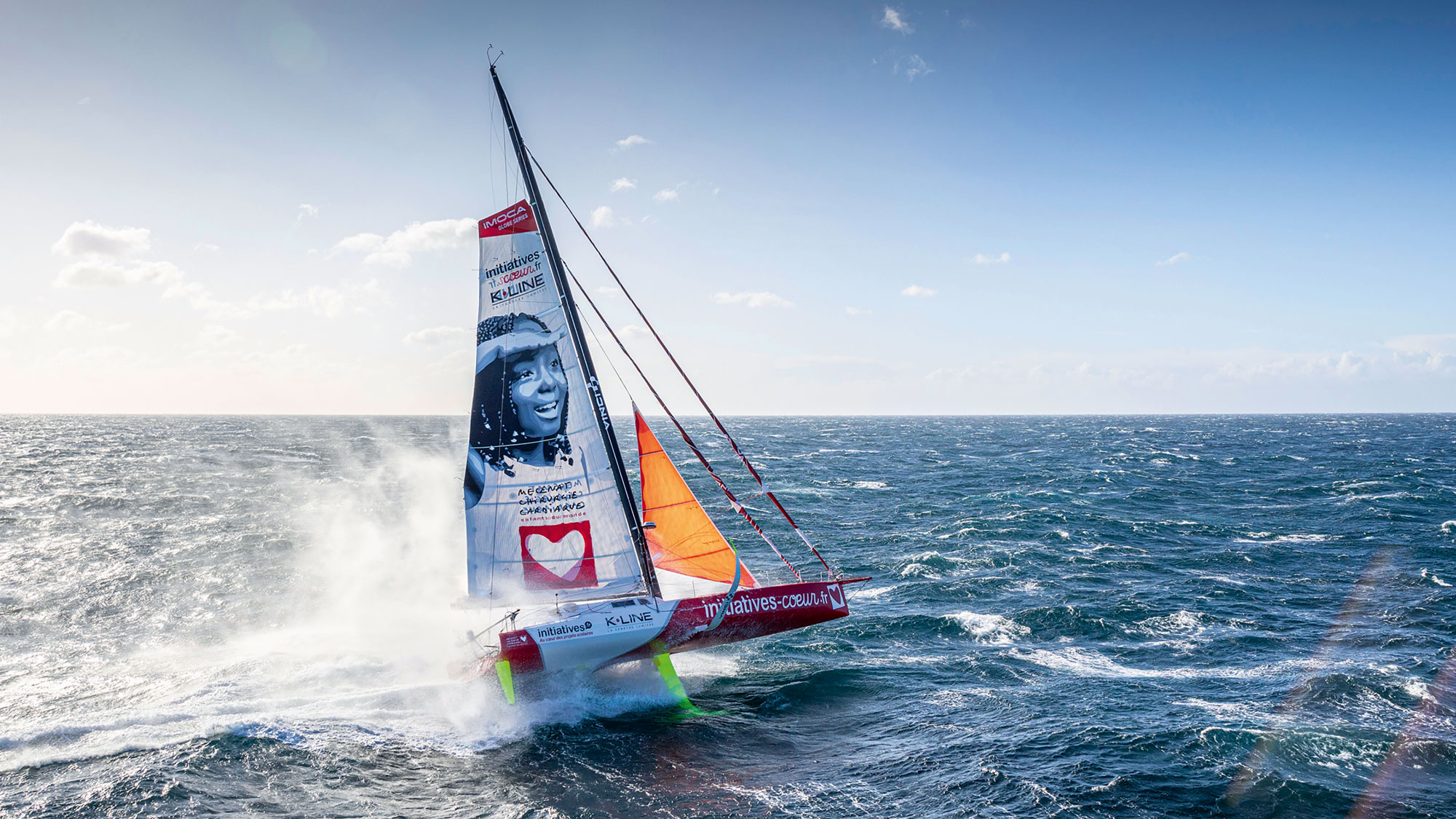 The latest generation of autopilots require less manual input to perform well but, besides selecting the correct mode (read Pip… 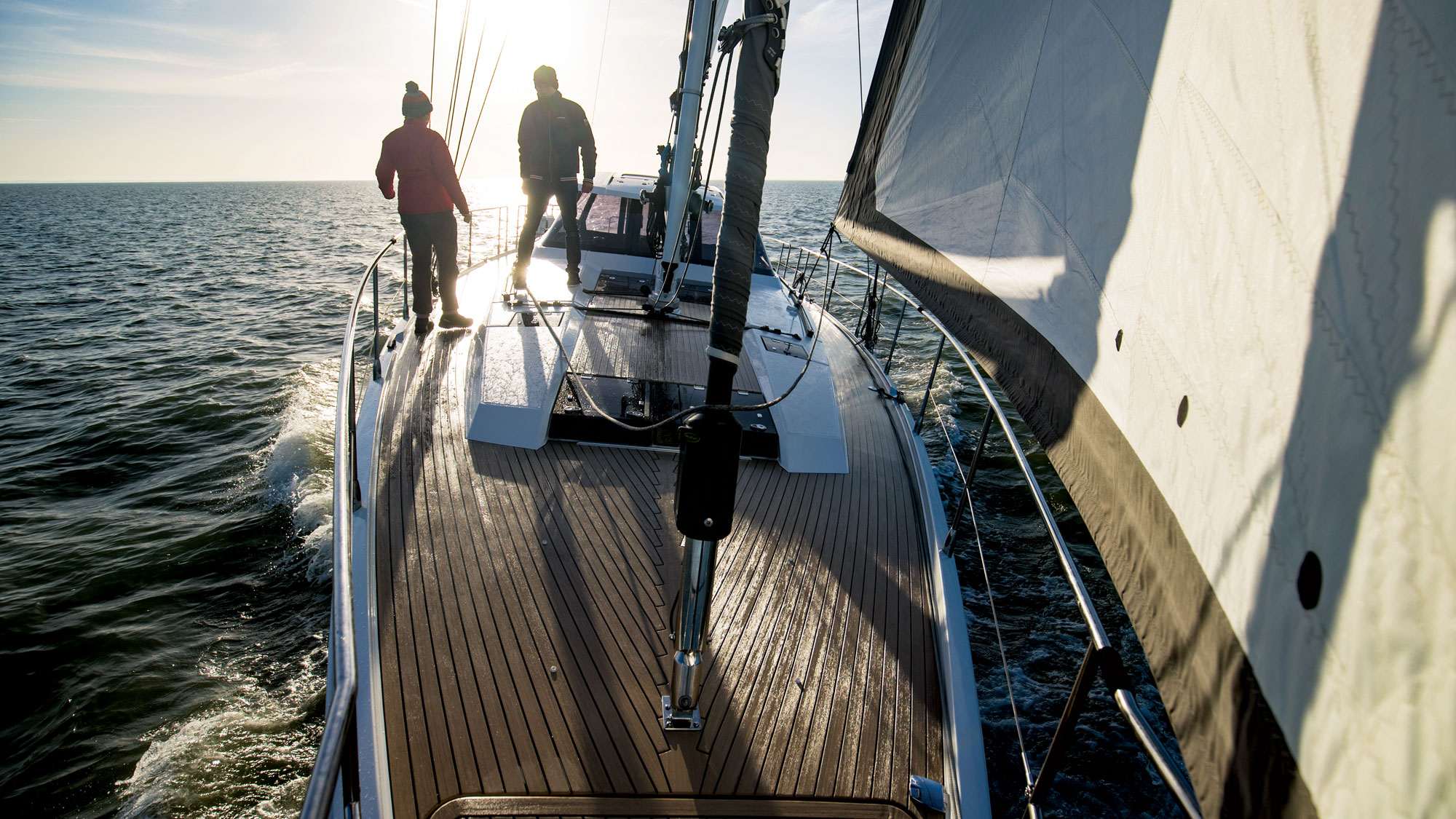 If there’s one trend that’s true across all areas of sailing, it’s that large yachts are becoming more common. Advances…