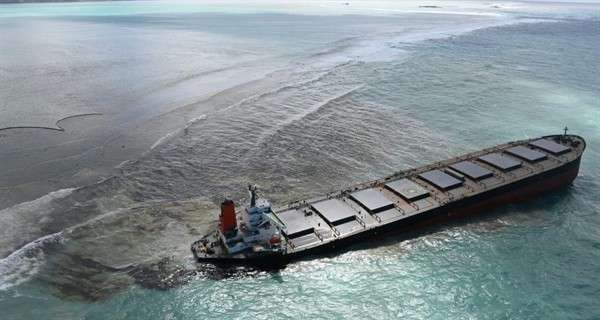 The crew of the stricken MV Wakashio, which crashed off the coast of Mauritius in July, were celebrating a crewmember’s birthday and veered off course in search of a wifi signal, according to reports emerging in local media.

The damning claims about the cause of the crash were first reported in local newspaper L’Express, after investigators interviewed the ship’s crew and captain. The same report also alleges the crew missed urgent warnings from local authorities that the ship was on a dangerous course.

The Panamanian-flagged iron ore bulk carrier, operated by Japan’s Mitsui OSK Lines and owned by Nagashiki Shipping, should have been 16km from the coast, but was only 2km away from shore when it struck a reef near Pointe d’Esny on July 25 near the southeastern shores of the island nation. Fuel began leaking from the vessel on August 6, with around 1,000 tonnes of bunker fuel ultimately emptying into the surrounding ocean.

Aerial footage of the grounded carrier breaking apart on August 15

Most of the 3,000 tonnes of fuel remaining onboard was successfully pumped out, after cracks appeared across the disintegrating hull. On August 15, Wakashio split into two, and salvors are now preparing to scuttle part of the ship. The front portion of the vessel is due to be sunk in a dump site to the east of Mauritius.

While the Wakashio grounding is not one of the largest offshore spills on record in terms of volume, officials and conservationists agree the location of the accident makes it particularly concerning: thousands of species are now at risk in the pristine, protected waters that surround the island nation, including the Blue Bay Marine Park.

There are also fears for the long-term economic impact on Mauritius, which is a popular five-star tourist destination and has already been heavily impacted by Covid. Many of the country’s most exclusive properties, in the town of Pointe d’Esny, have been directly impacted by the spill. 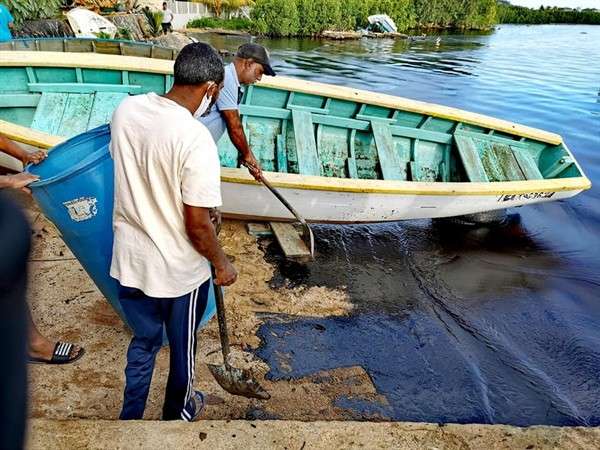 While investigations are still ongoing into the cause behind the crash, the 58-year-old captain and first officer have now been arrested, charged with “endangering safe navigation”. The two men are in custody pending a bail hearing on August 25. The Mauritian government has requested compensation from Nagashiki Shipping.

Local NGO Eco-Sud is collecting funds to provide emergency relief. Details can be found at: www.crowdfund.mu/mauritius-oil-spill-cleaning-2020-mv-wakashio-306.html