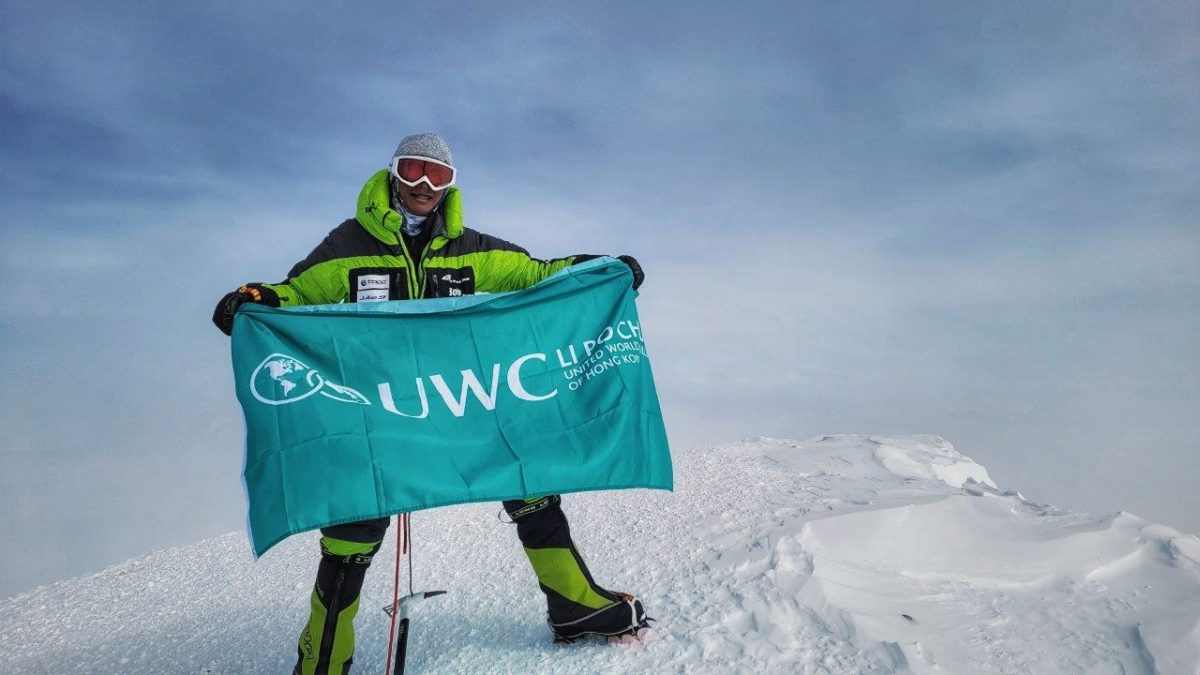 18-year-old Bob Tsang is now just one summit away from completing the ‘Seven Summit Challenge’: summiting the highest peak of each of the seven continents

The 30-year-old Li Po Chun United World College (LPCUWC) in Hong Kong’s northeast New Territories is, in all likelihood, the most globalised and altruistic school in Hong Kong. This year’s graduates had students from over 90 different nationalities, with students from poorer socio-economic backgrounds supported by scholarships.

The college is part of the UWC umbrella, which contains 18 schools with the same mission: “To make education a force to unite people, nations and culture for peace and a sustainable future.” LPCUWC organises several environmental awareness week-long events and activities every term – which its students say inspire them to embark on their adventures for good causes. 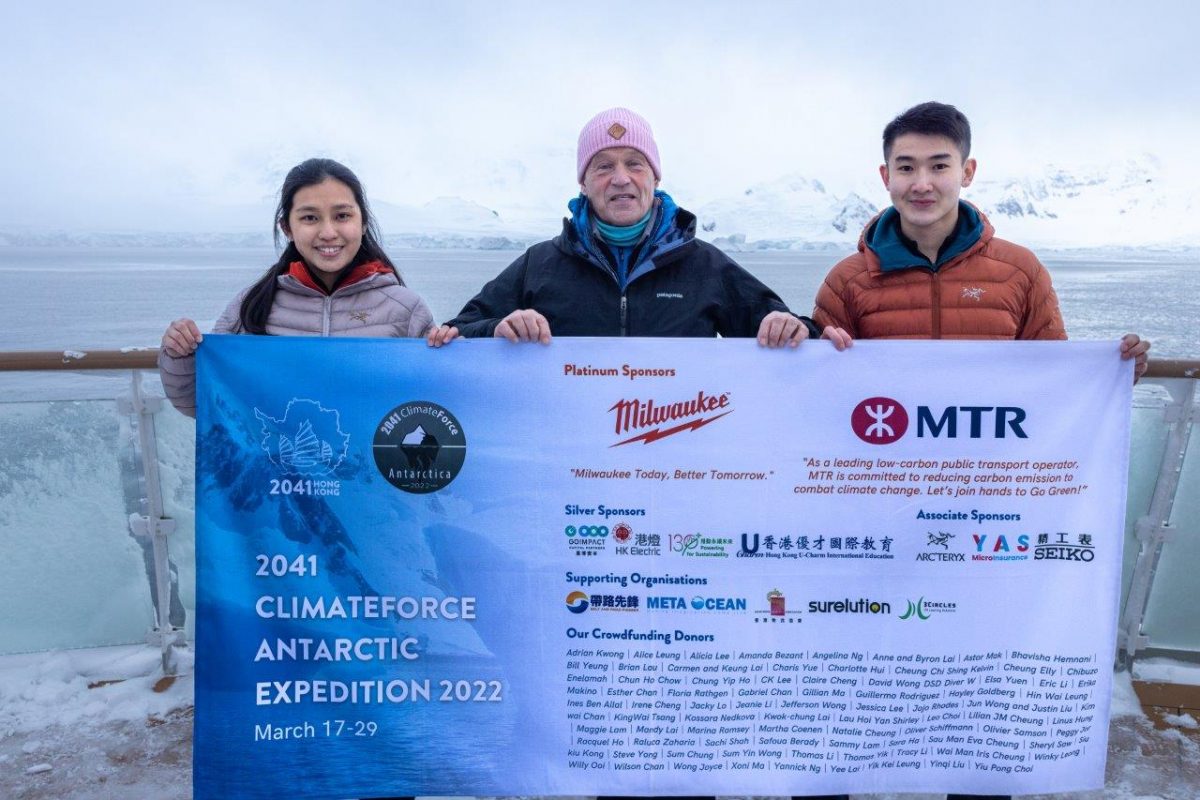 In March, LPCUWC alumni Christie Lai and Justin Yeung represented Hong Kong in an international delegation of 172 people from 35 countries to Antarctica to study the impact of climate change. The expedition was organised by Sir Robert Swan, the first person to walk to the North and South Poles. Swan is also the founder of the 2041 Foundation, which is dedicated to the preservation of Antarctica – the most important region in the world for observing the effects of climate change. Lai and Yeung are co-founders of the non-profit Hong Kong 2041 campaign, inspired by Swan’s work.

The journey south took place aboard Ocean Victory, the world’s most sustainable and environmentally friendly cruise ship. The trip was considered ‘net zero’, as participants offset any carbon emissions through rainforest restoration, tree planting and other carbon-positive activities. 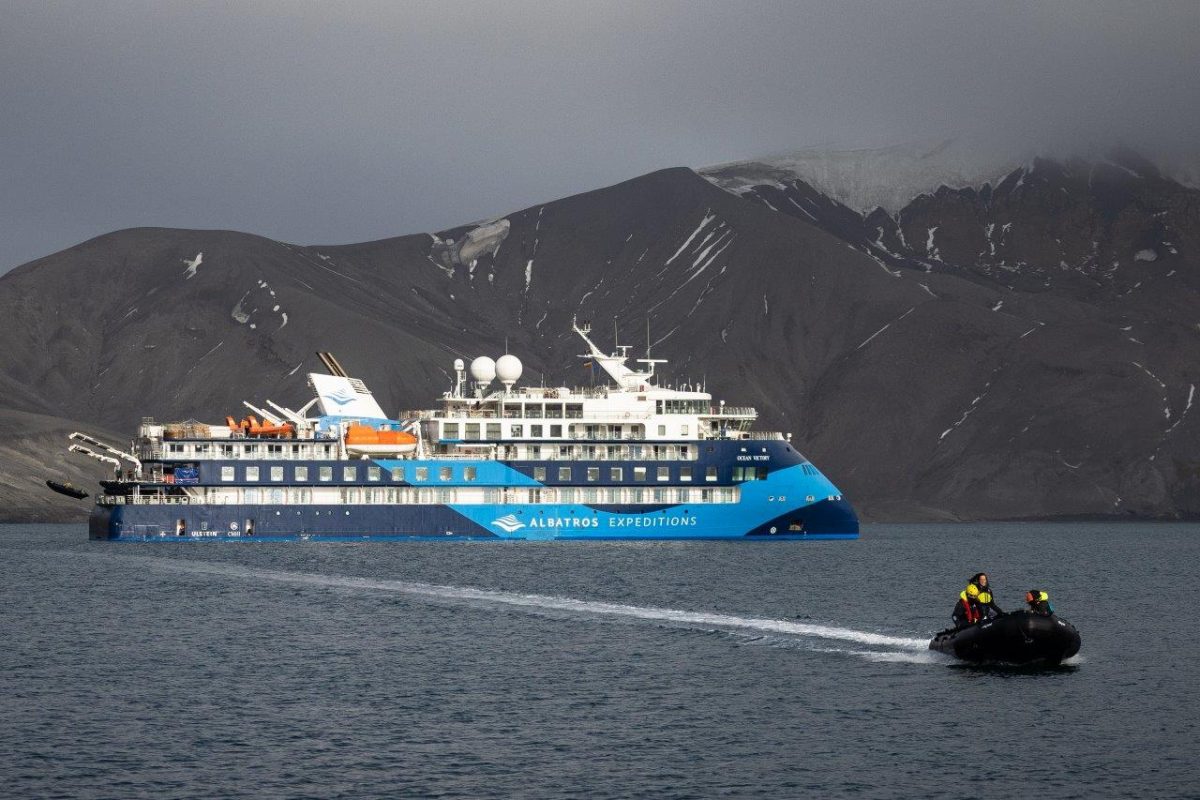 Antarctica stores 70 per cent of the world’s freshwater within its frozen landscape. As icebergs melt, this supply diminishes. Any reduction of readily available freshwater means more people resort to plastic bottles – which leads to a host of other problems. Moreover, ice melting in Antarctica will lead to rising sea levels and devastation among island nations and low-lying coastal cities – including places like Hong Kong.

Yeung, who graduated with a Bachelor of Science in geography from the University of Bristol in the UK, says there were three instantly observable effects on Antarctica from climate change that he noted from the expedition. Firstly, there was rain and snow for three straight days – something that was once unprecedented in the world’s largest desert region: the Antarctic Polar Desert. Secondly, the temperature at times reached record highs of 40 degrees Celsius above average. Finally, and most significantly, was the collapse of the Conger Ice Shelf – a floating ice structure larger than Hong Kong. 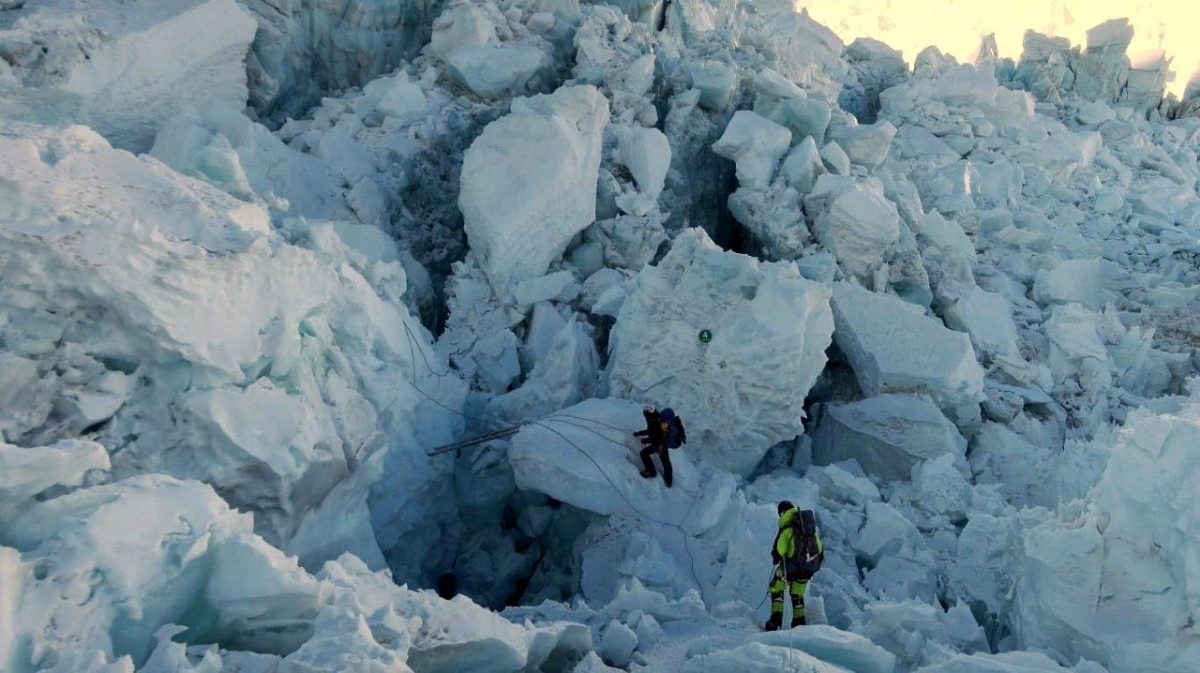 The group navigates the ice

“This was extremely worrying because this took place in East Antarctica, which is meant to be more stable than West Antarctica,” Yeung said. “The collapse is a very worrying signal that the immense consequences of climate change are about to come.”

Yeung, an avid sailor and member of the Royal Hong Kong Yacht Club, is planning to set sail from Hong Kong’s Victoria Harbour to Antarctica using purely renewable energy within a decade. “That will be a big milestone for us in 2031, and around that time, we hope to achieve enough traction to have it create an impact.” 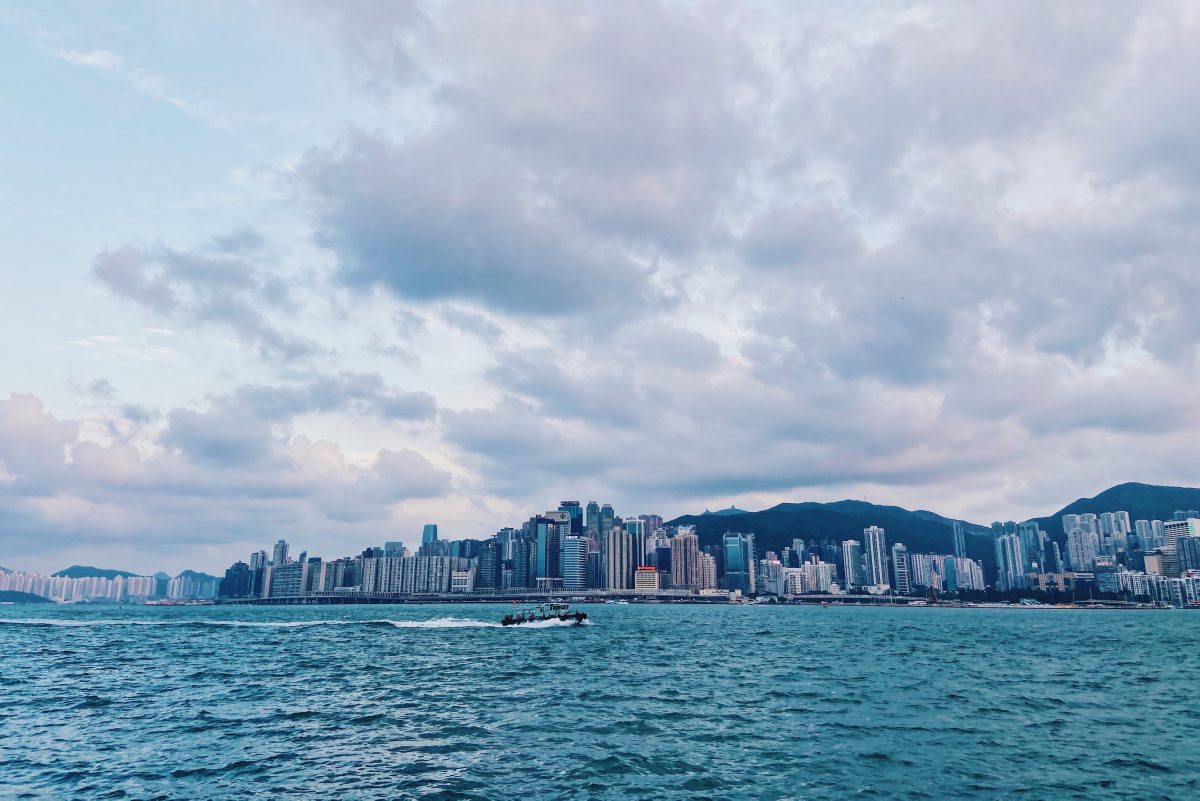 Lai, who is studying ecology and biodiversity at the University of Hong Kong, says that sea levels will be 1.5m higher in a few decades, which will have devastating effects on island nations like Hong Kong.

“Hong Kong has a serious lack of infrastructure to adapt to sea level rises,” she explains. “In Singapore, the harbours are built to adjust to rising sea levels, but in Hong Kong, everything is concrete and set down. It’s time for the government to come up with an adaptation and mitigation strategy.” 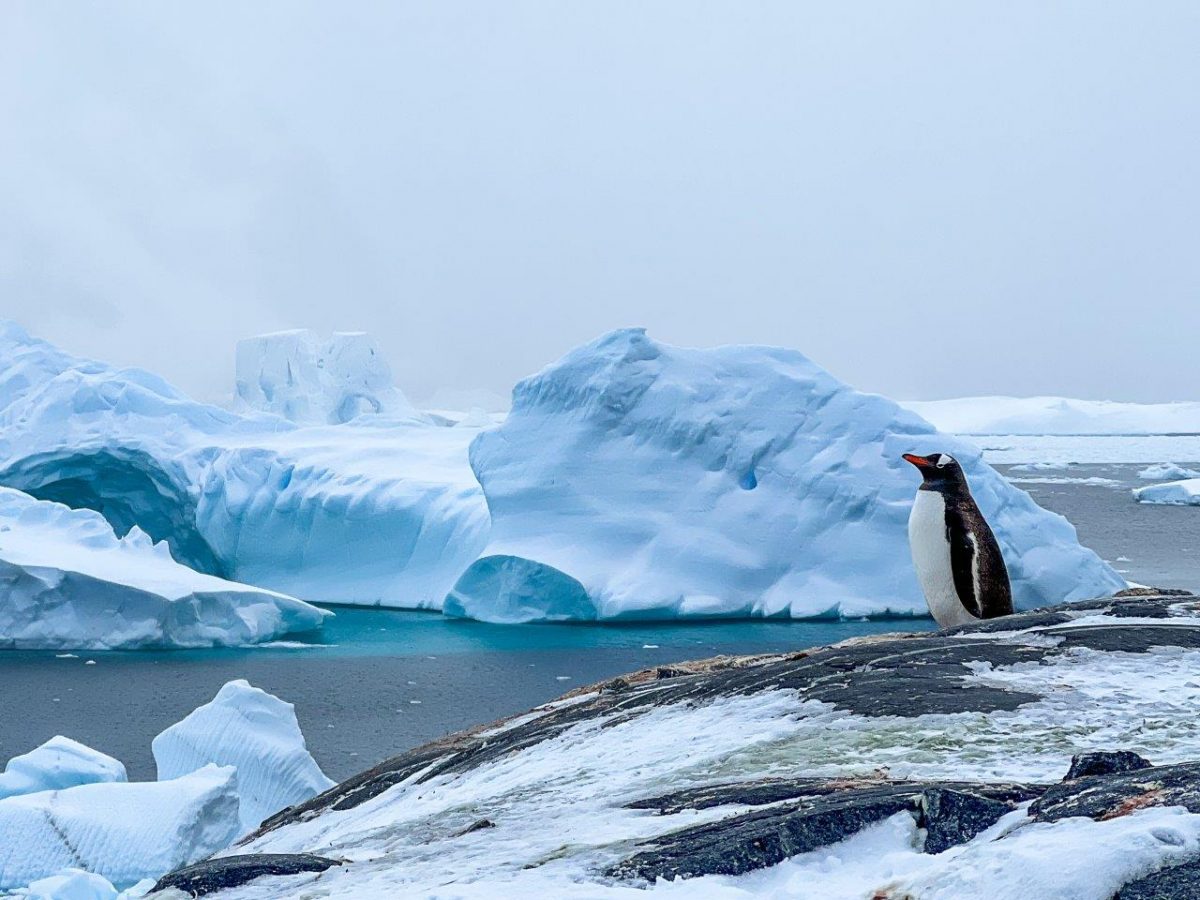 The expedition was considered ‘net zero’, as participants offset their carbon emissions

Another recent LPCUWC alumni, 18-year-old Bob Tsang, is now just one summit away from completing the ‘Seven Summit Challenge’: summiting the highest peak of each of the seven continents. He recently returned from a 97-day-long mountaineering expedition between March and June, where he summited Mount Everest in Nepal and Mount Denali in Alaska – the highest peak in North America. 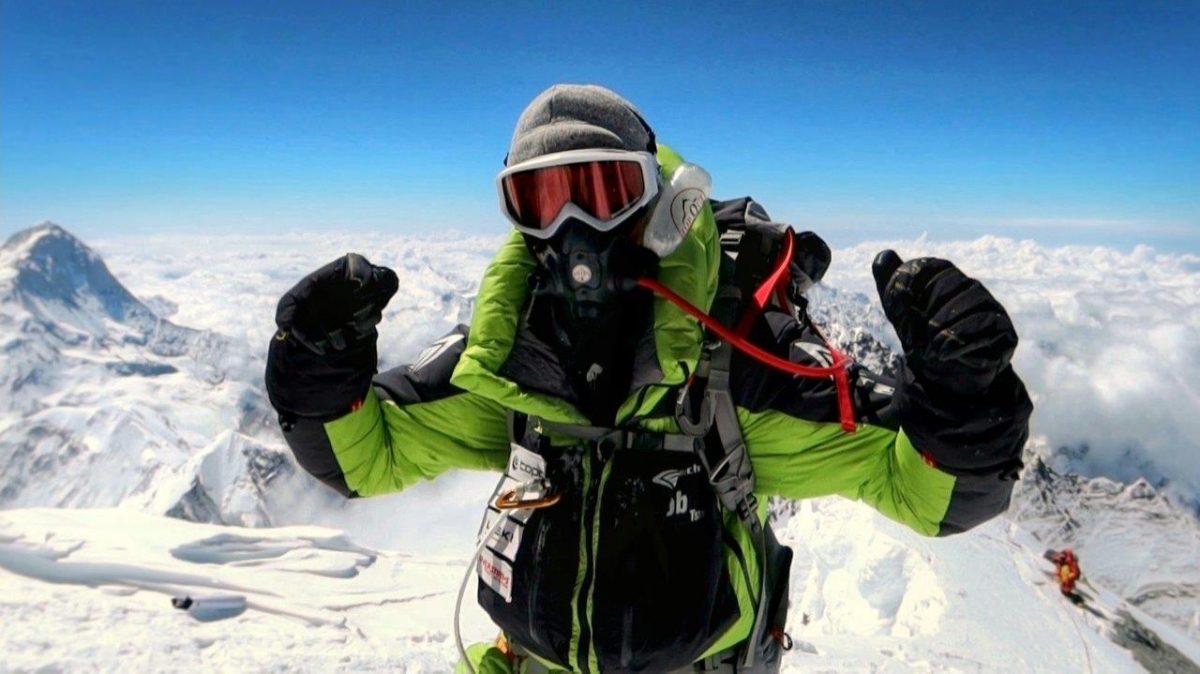 It was here, Tsang said, that the impact of climate change became especially apparent – as a glacier section of Mount Denali that is usually 10 to 15 degrees Celsius during climbing season got as high as 30 degrees. “It felt like Hong Kong summer,” Tsang explained. “We were wearing down suits and layers for warmth, but soon it became clear that this is not the same Alaska that we thought it was going to be. In fact, it was far more dangerous because of the high temperatures; crevices were forming more frequently and surrounding us, and we had to watch our step everywhere we went.

“According to the locals, this is the first time this has happened in the middle of the climbing season.”

He added that Denali was “way more difficult” to summit than Everest, as there were no sherpas to assist him in carrying his 50kg-worth of equipment. Additionally, due to environmental degradation, climbers now have to carry a ‘clean mountain can’ containing all of their urine and faeces – before dumping it in a designated crevice after summiting. “It got up to around two kilogrammes,” Tsang explained. “It was not fun at all.” 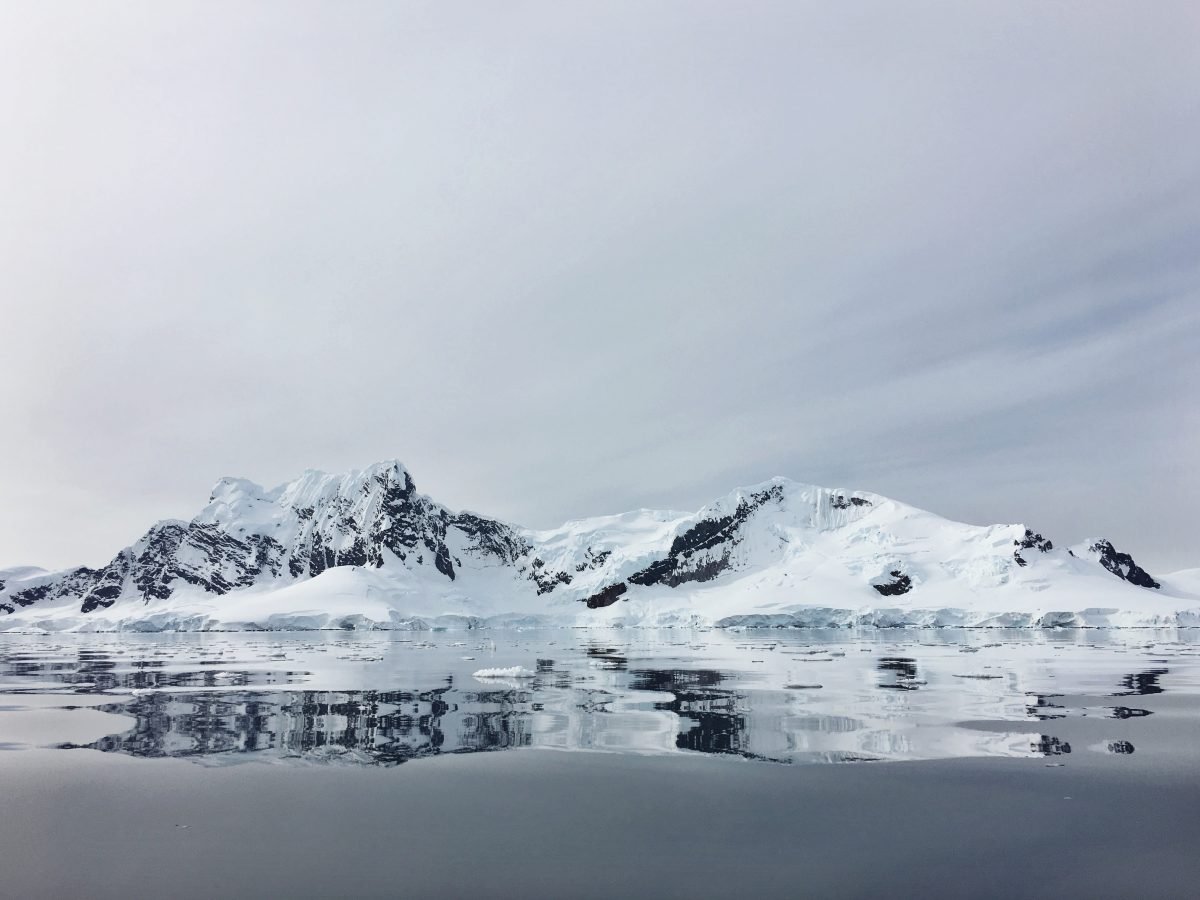 In addition to Everest, Tsang summited several other Himalayan mountains in Nepal, including the infamous Island Peak, where he said the effects of climate change have been extremely profound. For example, its Khumbu Icefall, normally fully frozen during the climbing season, had melted into a regular waterfall.

“There were a lot of platforms that had melted, which made us drastically alter our route,” he explains. “The summit platform had completely melted, so we had to climb a 300m cliff from the bottom without safety gear. It was extremely dangerous and crazy, looking back.”

“Hong Kong has a serious lack of infrastructure to adapt to sea level rises. In Singapore, the harbours are built to adjust to rising sea levels, but in Hong Kong, everything is concrete and set down” – Christie Lai, Hong Kong 2041 Foundation

Tsang, an aspiring filmmaker, has just started studying film and television, and he hopes to combine his passions of filmmaking and mountaineering in the future.

As for Lai and Yeung, they are using footage from their exhibition to create a VR-based climate change education programme to help create more engaging eco-activism content while spreading awareness to younger generations. 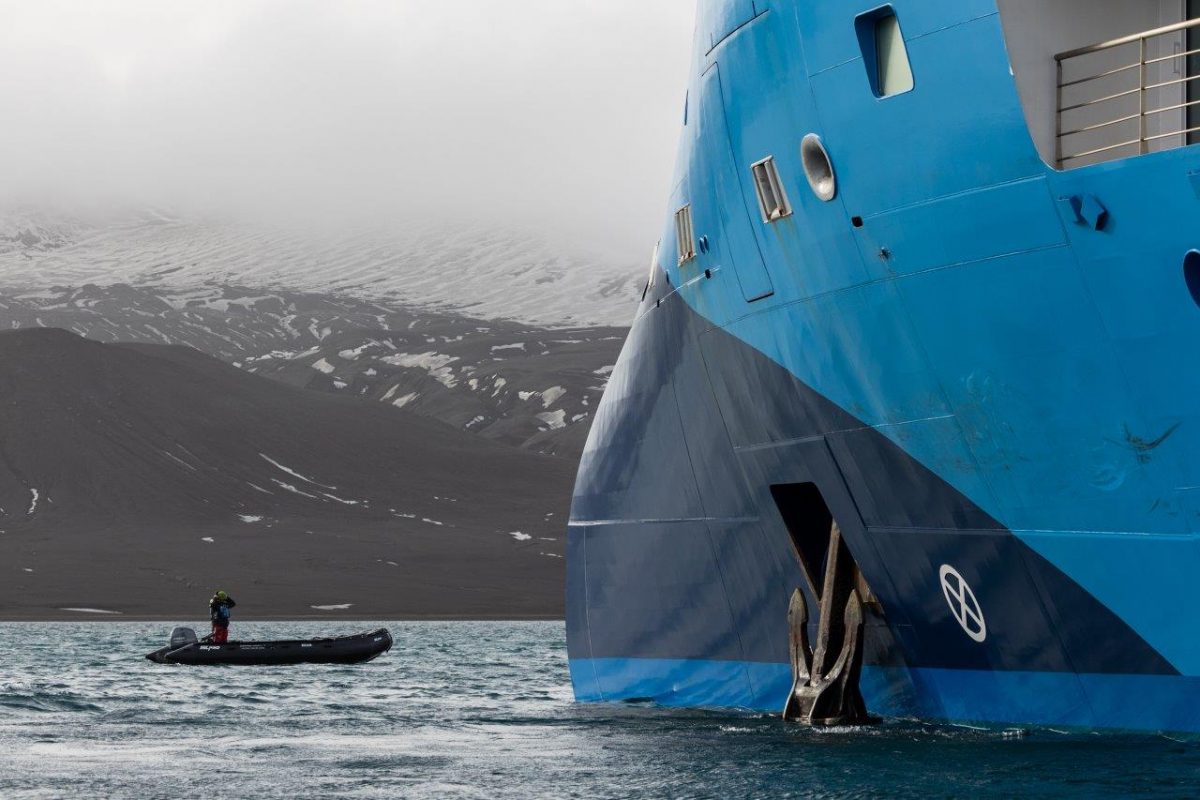 Four reasons why the Ocean Victory has low emissions:

1. The vessel is equipped with Tier III-compliant engines that limit the amount of nitrous oxides (NOx). Tier III standards are expected to require dedicated NOx emission control technology such as various forms of water induction into the combustion process (with fuel, scavenging air, or in-cylinder), exhaust gas recirculation, or selective catalytic reduction.

3. The patented and revolutionary Ulstein X-Bow is incredibly efficient, especially in surf or rougher seas. Instead of just rising on the waves and then dropping with colossal force, the X-Bow can distribute force more evenly across its surface – enabling the ship to remain more stable during poor weather conditions and increasing comfort for passengers and crew alike. And because it uses less fuel to get through the waves, it also helps to save energy.

4. The vessel has a fully optimised compact design, providing comfortable space for 185 guests in only 104m length and just over 8,000 gross tonnes, making it more energy-efficient per passenger. 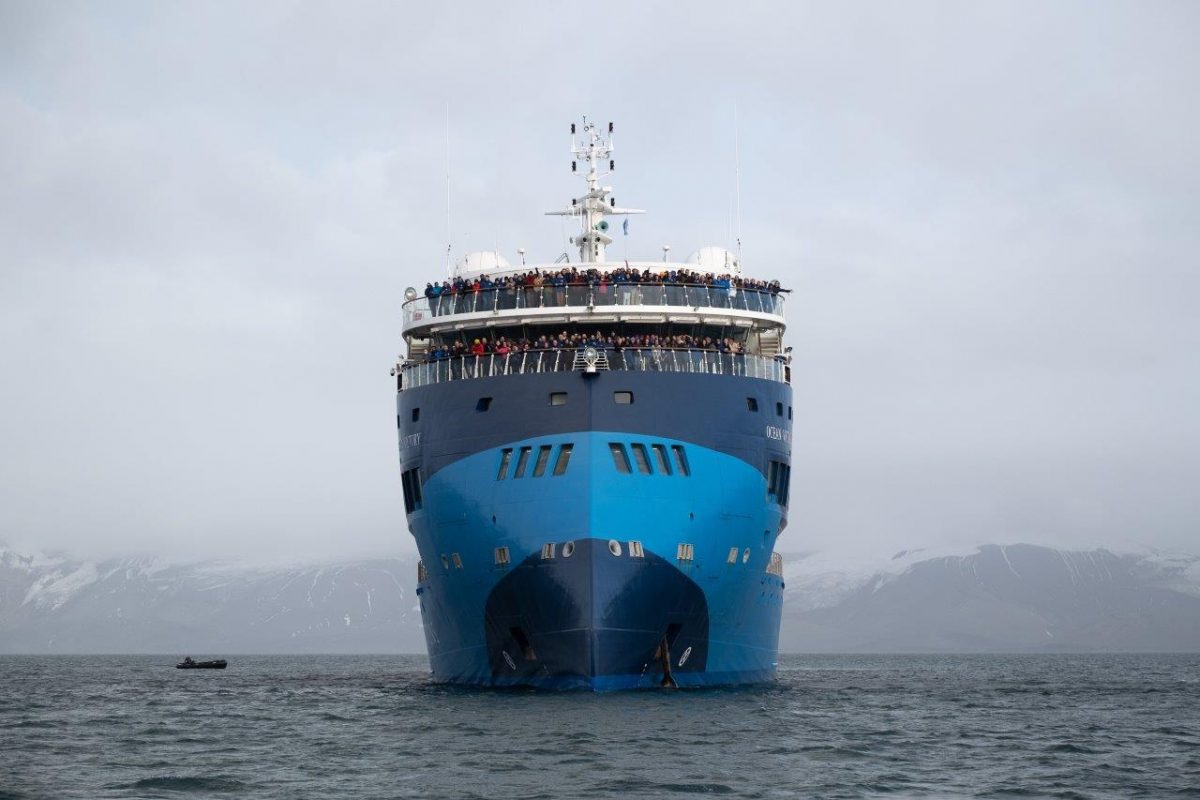 According to Albatros Travel Group owner and founder Søren Rasmussen, who arranges expeditions with the ship, it uses 60 per cent less energy than is standard. “We look forward to the day when we can replace the last 40 per cent with sustainable fuel,” he comments.

“We received our first sustainable travel award back in 1997 when most of the industry had no clue what ‘sustainable travel’ meant, so of course, we always want to aim higher and find new solutions,” he adds.

Rasmussen has previously spoken of the company’s onboard practices for a greener ship. “There will be no single-use plastics onboard, and only bio-degradable and eco-friendly cleaning products and laundry chemicals will be used,” he says. “We only offer sustainable seafood, reduce the use of all chemicals and implement an onboard recycling program. Additionally, we’ll continue our efforts to support local and global conservation or humanitarian projects in the areas we operate and promote the practice of safe and environmentally responsible private-sector travel to the Polar Regions.”