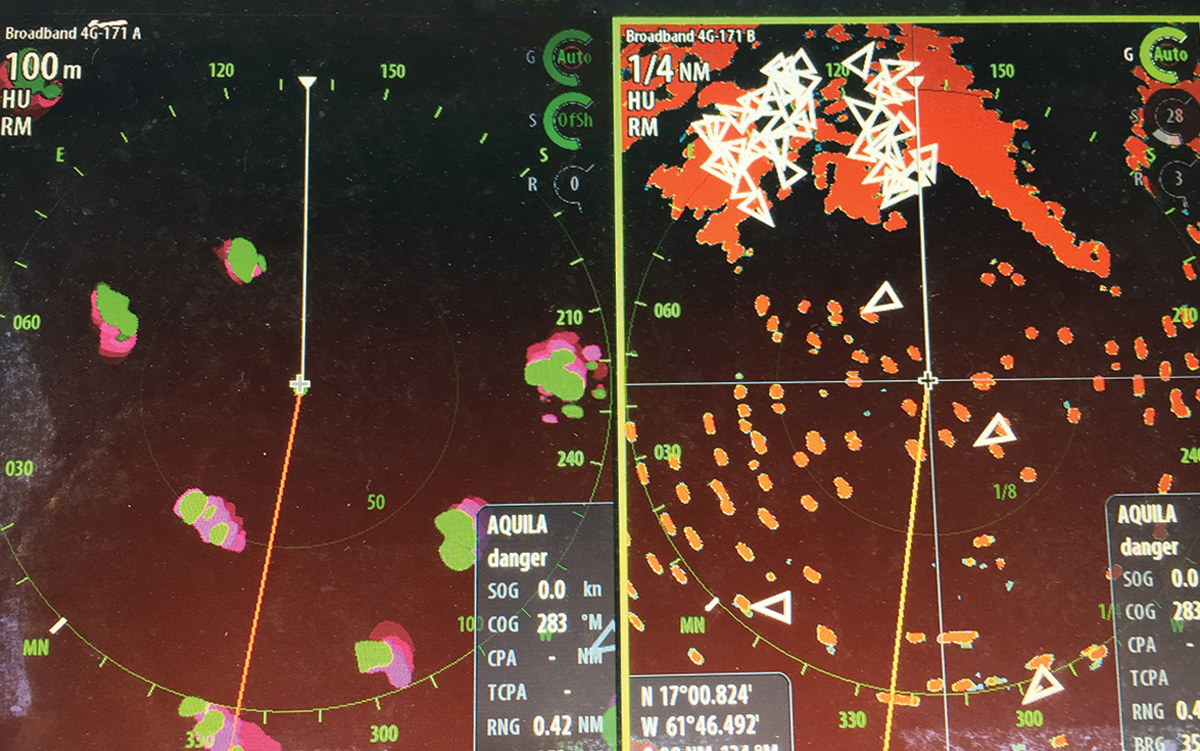 It’s a frequent question from cruisers: given advances in AIS and weather forecasting do we still need radar? Mike Broughton argues that we do

In a recent feature in Yachting World, my friend and highly respected yachting journalist Ed Gorman wrote a revealing article about sailing single-handed. There were many good lessons in his summary, though one conclusion caught my eye: ‘Radar – don’t bother with it,’ he observed. I used to think similarly, but I’m afraid, Ed, that now I strongly disagree!

Conventional radar sets, the type I learned on while on the bridge of a Royal Navy destroyer and larger yachts, require a skilled operator, regular attention and lots of electrical power. Neither is commensurate with typical short-handed sailing. So why do we now see radar fitted to most cruising and offshore racing boats over 50ft?

With the advent of recent ‘broadband radar’ we now have a very useful tool that can help all watchkeepers in both good and poor visibility. I should add right now that ‘broadband radar’ and ‘3G or 4G radar’, have nothing to do with phone signals. Instead they are types of radar transmission and the good news is they can automatically tune themselves.

Radar is a first-rate collision avoidance tool and can pick up vessels not fitted with automated identification system (AIS), such as small boats, fishing boats or ships – like warships not transmitting on their AIS. One brilliant feature is that guard zones can be set up to automatically alert the watch keeper if an object enters a zone set up around your yacht.

In fog, radar allows us to make better informed judgements of shipping, particularly when overlaid with electronic charts and AIS. The combination of the three together greatly reduces the workload on a tired watch keeper in a challenging environment. Most radars have a feature called MARPA (mini automatic radar plotting aid) which can acquire a target and give course, speed and closest point of approach (CPA) which all help with collision avoidance in conjunction with AIS. 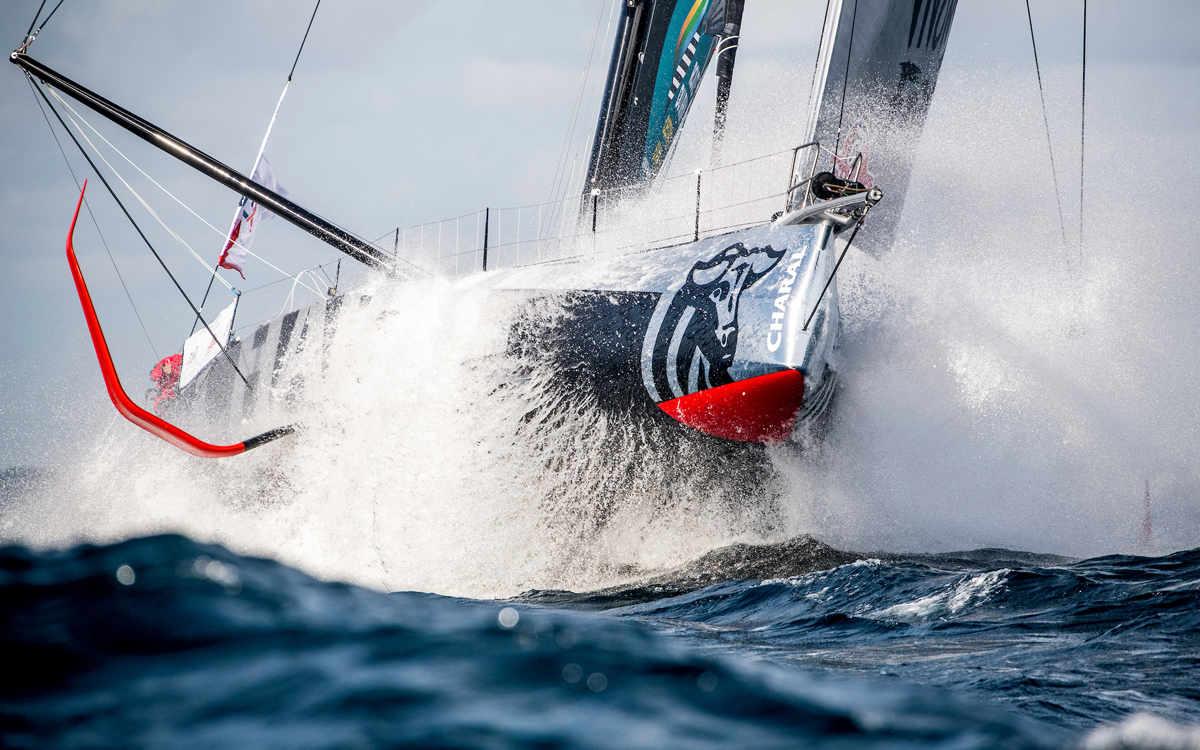 Sonar and forward-looking sounders are often seen as the preserve of those whose primary interest is fishing. However, a huge… 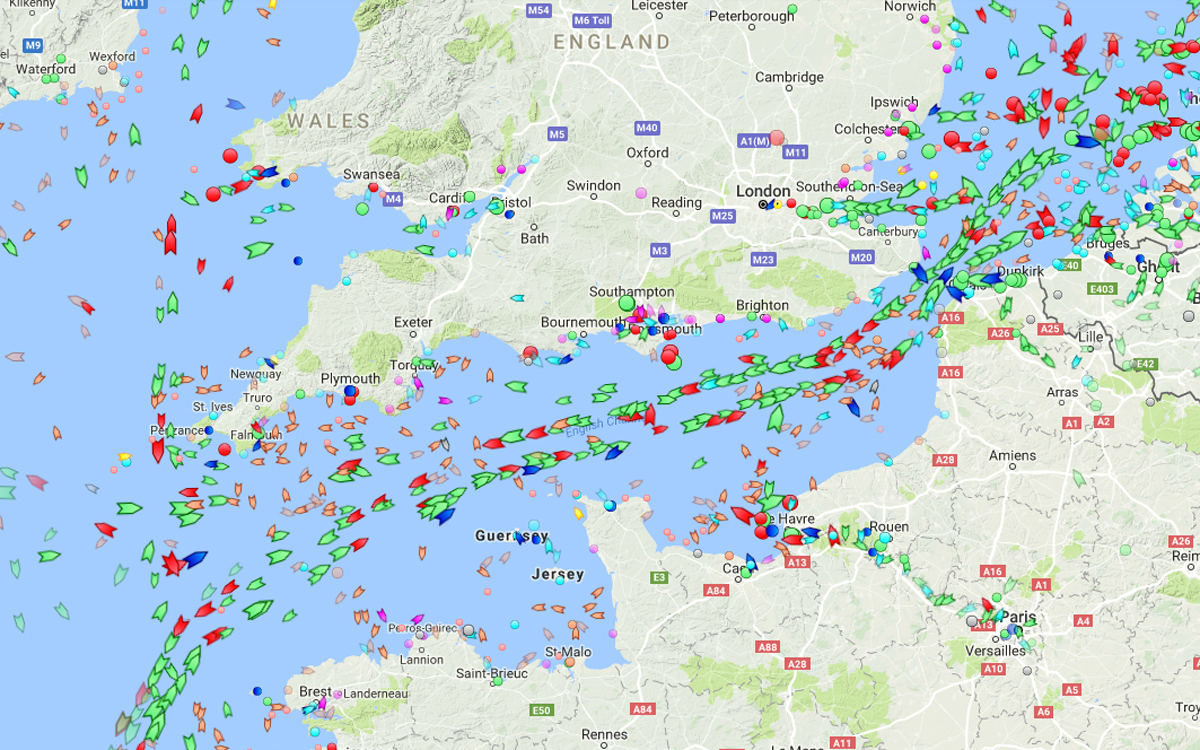 Modern radar benefits from much better definition and can see objects like a single pole beacon within a few metres of your bow. So in ‘pea soup’ fog you can even navigate into a marina using radar. Importantly, when a guard zone is set up, it can pick up small floating objects such as ice or semi-submerged containers and then trigger an alarm.

Radar is also very useful for locating rain from an approaching front. By extrapolating the direction of a front or trough line you can work out when the rain will hit you and also the associated wind shift. As a cold front clears, you can predict when the rain is going to finish and once again the position of a significant wind veer. This is a potentially vital gain for racers.

As a thunderstorm approaches a yacht it can obliterate the horizon and it’s easy to think it’s going to last for hours. With radar you can penetrate the cloud and see that you may only have the thunderstorm for 20 minutes.

Radar is equally good at picking up squall lines as they approach, when the wind can quickly gust from 15 knots to 25-30 knots. That bit of warning can help enormously with sail configuration.

I remember taking over a watch from my brother Pete in the middle of the night in the tropics. We were sailing with an A3 spinnaker and he casually told me that it was a beautiful evening; all had been quiet, great running conditions in a flat sea and 12 knots of wind, with some lovely shooting stars.

Five minutes after he’d gone off watch and I was still waking up… Pow! The squall hit, wind speed rose to 28 knots, the autopilot didn’t cope and the bow was heading to windward, leading to the inevitable broach as the spinnaker flogged itself around the forestay. Of course I hadn’t bothered to check the radar.

The time it takes allows a range and bearing to be calculated. It requires a great deal of power and the ‘bang’ of radio energy appears on your screen as a ‘sunburst’, covering up any close targets to your vessel.

Modern broadband radar uses a continuous radar signal with a changing tone or frequency at a much lower power. The antenna constantly listens for a change in signal and a difference between frequency in the transmitted and returned waves is how the unit determines target distance.

Conventional radar range is longer, but broadband still reaches up to about 35 miles, which is more than enough for yachts. And the power requirement is just 1.2A on the yacht I’m currently sailing.

First published in the May 2020 edition of Yachting World.