The next time you see what appears to be ceramic framing around artwork or a TV aboard a superyacht, consider that it might actually be thousands of crushed shells, all cleaned and naturally dyed before being molded into the sculptural shape.

Elsewhere on board, custom wall coverings may trace their substrate origins to fruit or vegetable peels, and intricate marquetry on columns could be bamboo salvaged from construction sites.

It’s all the work of Nature Squared, a pioneer in transforming responsibly sourced, sustainable, natural materials into handcrafted, luxurious designs and surfaces on a custom basis. For the past 22 years, the company has been collaborating with brands like Montblanc and Rolls-Royce and, increasingly with superyacht designers. To date, Nature Squared has turned more than 100 species of materials—including fish scales, bark, seashells and feathers—into upwards of 5,000 products and façades. It exclusively uses them because they aren’t endangered, protected or threatened.

“Our objective is simply to catch the waste before it gets to a landfill,” says co-founder Lay Koon Tan.

Back in 2000, when Nature Squared got its start, few people focused on sustainability. By contrast, “We set out to create our model of operation on this,” Tan says. “We’ve very much pushed an agenda.” From conducting R&D on bioresins to weaving abaca plant fibers into fabrics, Nature Squared’s team includes nearly 200 specialists, ranging from chemists to craftspeople and designers.

Their work and their principles are being met with rising receptiveness. “We are getting quite a few inquiries where sustainability is a top line in the owners’ agenda,” Tan says. “It’s growing, and it’s noticeably growing. And that’s not just in headline terms, but in details.”

As for those details, while some inquiries do involve specific materials, Tan says most people “look at the overall effect and say, ‘Oh, isn’t this amazing?’” However, she adds, “You have to apply it, and applying needs a method. It’s that juxtaposition of craft and precision engineering, and the process that delivers it looks deceptively easy. And when it looks deceptively easy, we have succeeded.”

Take the creation of Nature Squared’s eggshell ceramic. As a general rule, one square meter (roughly 11 square feet) of the luxury surface requires 5,000 eggshells to make. To obtain such mass quantities, Nature Squared works with restaurants and bakeries, more than farms and hatcheries. The businesses set aside their waste eggshells, unwashed and still with the strong interior membrane layer. Nature Squared then cleans and crushes them into a gamut of sizes. Much like how dry ingredients for cake batter require a binder to hold together, Nature Squared determines the right balance between eggshells and bioresin.

“We want to make sure that we use as much of the actual waste as we possibly can,” Tan says. “We all know from making cakes that the less liquid you have and the more solids you have, the harder it is to stir. So an awful lot of R&D went into making sure we were using the least amount of resin and the most amount of eggshell while still making sure we could do something with it—that it wasn’t just going to crumble in our hands.”

Once blended, depending on the ultimate form required—say, a tile or a frame—the mixture goes into a mold. Then, Nature Squared’s artisans sculpt it further, if required, before painting or 3D-printing it, using natural dyes.

The journey that bamboo takes is just as notable. That material is used for construction scaffolding and fencing in some countries “because it’s cheap, it’s fast-growing, all the things we know about it,” Tan says. But, “when it’s done with, it’s dumped, and it can rot. You’re getting piles and piles of organic waste. And if you don’t add oxygen, organic waste is not compost, it goes anaerobic and it produces methane.”

So, Nature Squared collects it before it has a chance to be dumped, transforming it into inlays on doors and decorative columns.

In fact, at a design show in June, Nature Squared displayed two 8-foot-tall columns clad in bamboo inlaid in four designs. It took two people 300 work-hours to do the job, including preparing the raw materials.

Preparation begins with drying the bamboo and cutting it into a cross-section that’s a fraction of an inch (about 5 mm) thick, and then drying the pieces further. Artisans then cut the bamboo into smaller shapes, stabilizing them by applying grout and paper backing. Once the grout dries, craftspeople grind and sand the bamboo on the backing, for it to be cut yet again, piece by piece, for the desired inlay shape—an intricate starburst, for instance, or a chevron pattern. Even after the inlay is glued into place, Nature Squared still has work to do, grinding, sanding and touching up the design to fill pinholes, before a final sanding, application of dye and finishing.

Unexpected issues like pinholes are inevitable with seashells, bark and more, too. “When you’re working with natural materials, they don’t have the same internal density, so it’s not consistent throughout,” Tan says. “There’s a lot of judgment that goes into doing this.”

Since the company works to one-millimeter precision, and precisions lenience is cumulative, “you need to manage every other element to a very, very tight tolerance,” she adds.

Preventing naturally abundant materials from becoming garbage over two decades is notable, but there’s one more prevention measure of arguably greater pride for Nature Squared: It employs global communities where poverty and environmental devastation are all too real.

From preserving hand-loom weaving skills to paying fishermen for the fish skins from their bycatch, the company says it’s contributing to a virtuous circle. Among the Sustainable Development Goals outlined by the United Nations in 2015, “the first one is the eradication of poverty,” Tan notes. “And if you do not address poverty and inequality, you are never going to address the environment. You just can’t, because people don’t have a choice.”

Superyacht owners, of course, do have a choice. “People say, ‘My client wants something that nobody else has,’ and we always say, ‘Well, you’re getting one of a kind because it’s handmade,’” Tan says. “That’s what gives it its exclusive character.” 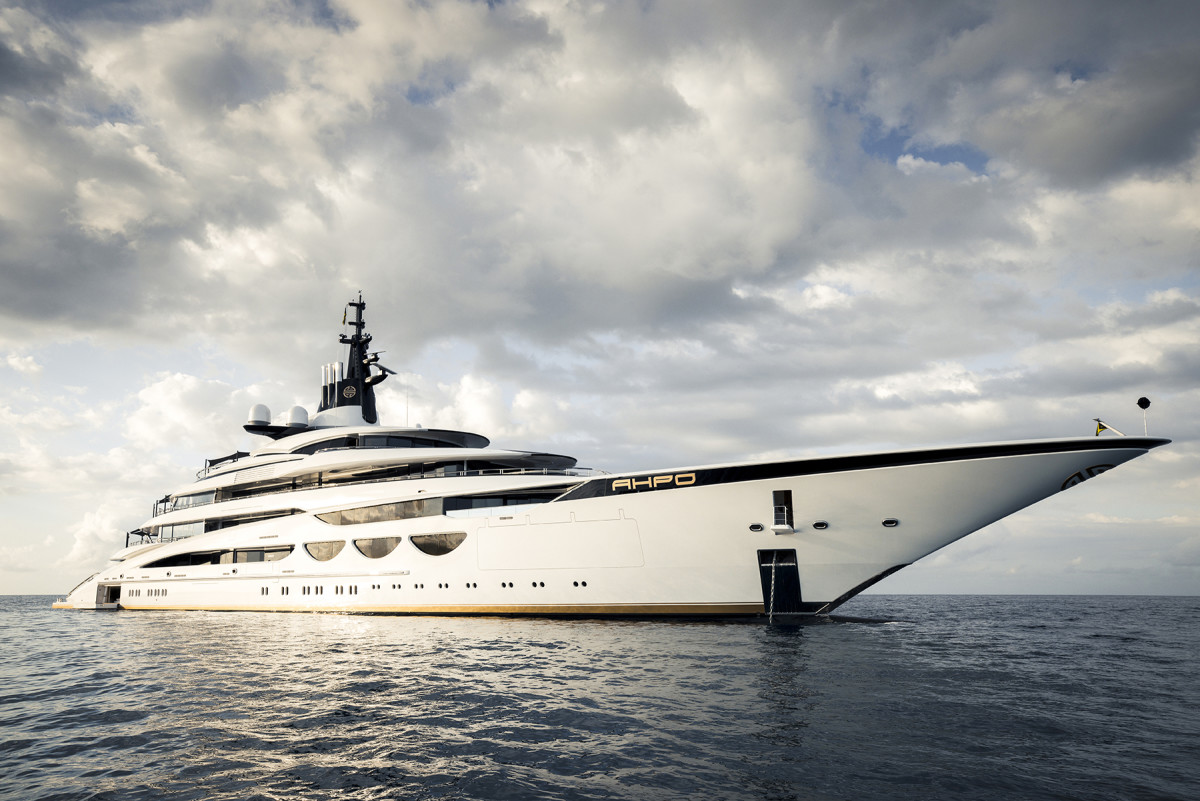 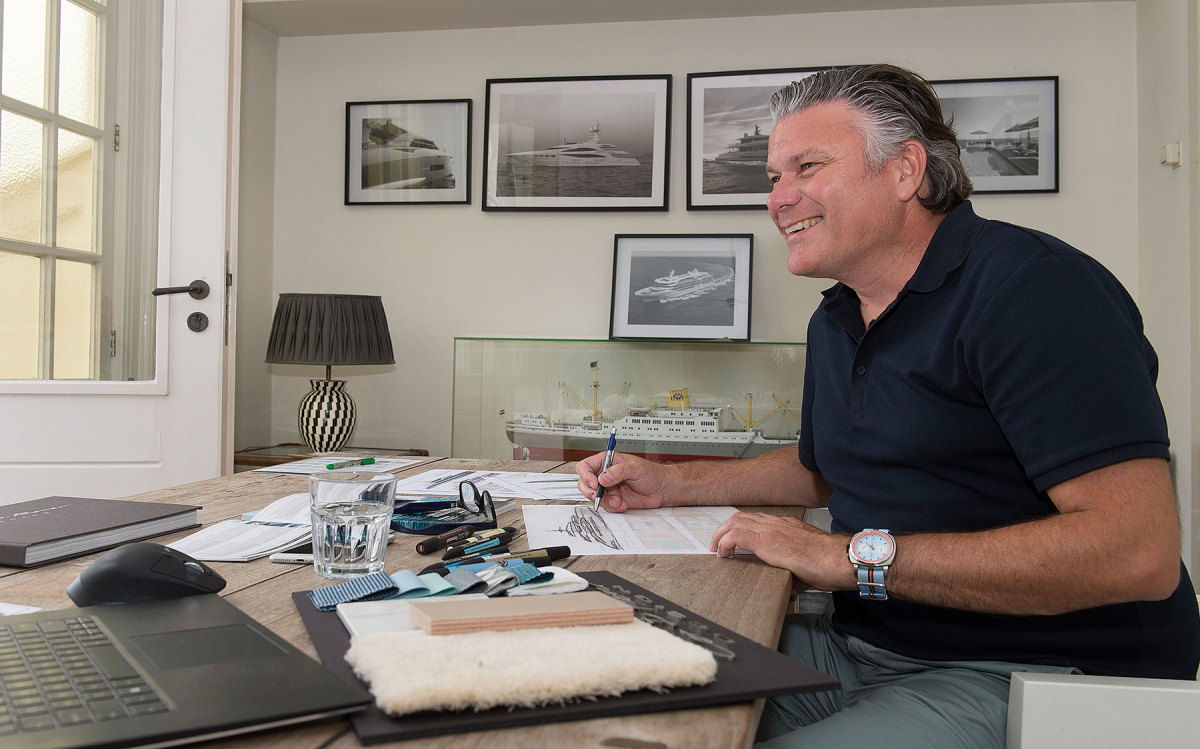 Guided by the Golden Rule 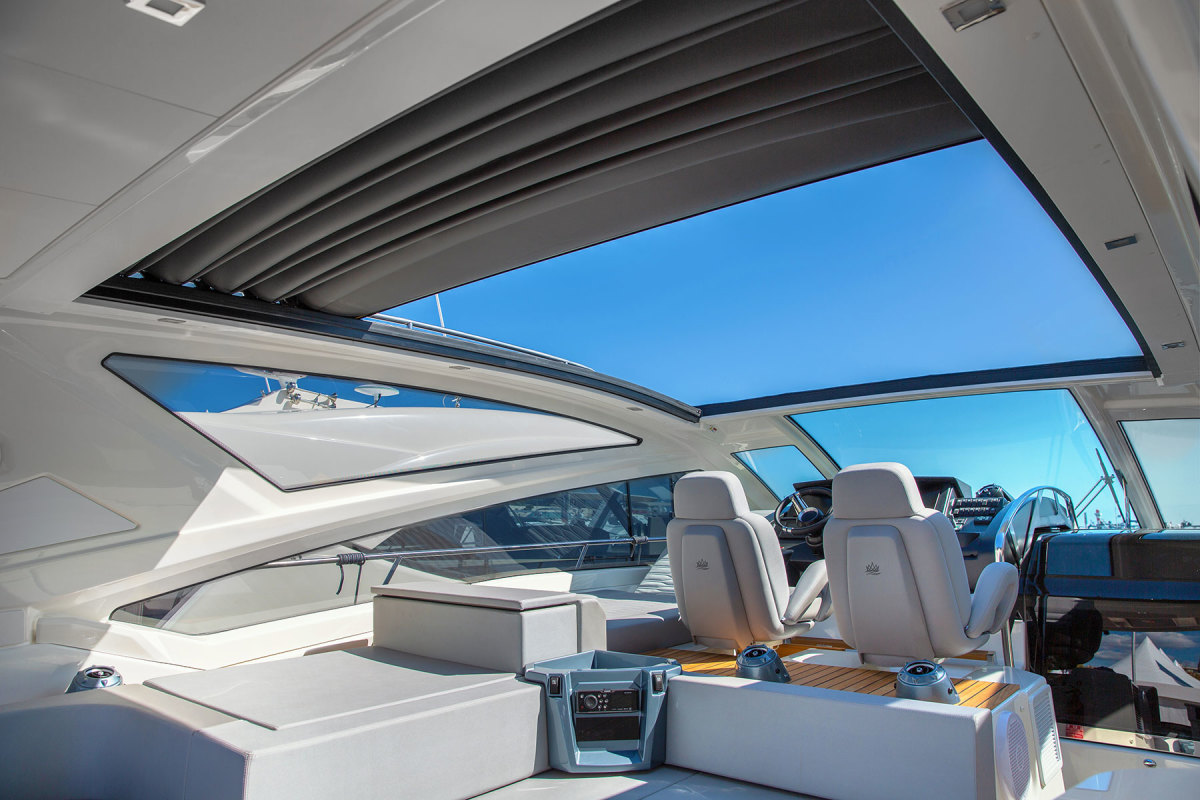