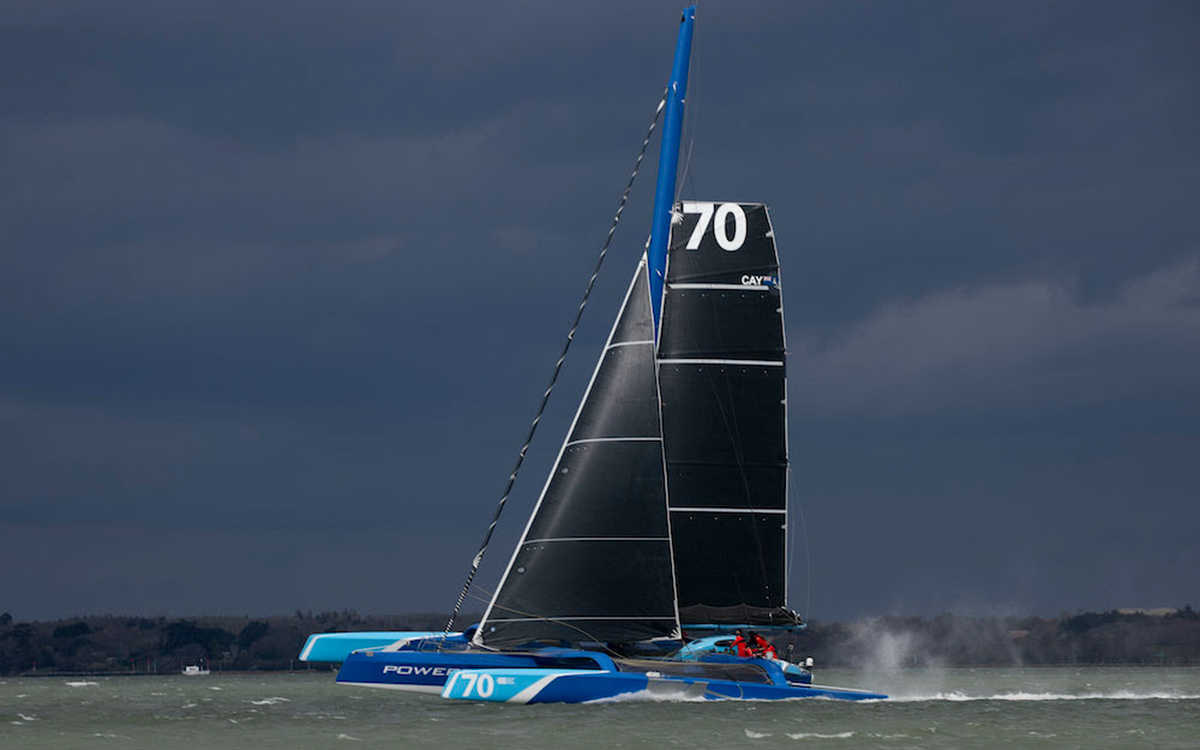 The crew of MOD70 PowerPlay has set a new Fastnet record by completing the course in a touch over 25 hours.

The MOD70 Trimaran PowerPlay, led by Peter Cunningham and skippered by Ned Collier Wakefield, has set a new Fastnet record.

The team completed the original Fastnet course of 595 nautical miles in a new world Fastnet record of 25hrs 04mins 18secs  – Subject to ratification by the World Sailing Speed Record Council.

The boat in its previous incarnation as Concise 10 with many of the same crew also took line honours in the 2017 Fastnet Race. 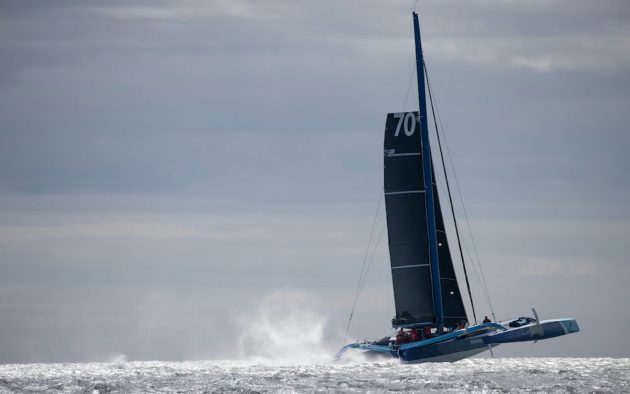 “It was kind of ambitious, but the conditions were right, and the team was ready to go,” commented Peter Cunningham. “The PowerPlay crew was fantastic. Miles (Seddon) did a brilliant job navigating, we had two wonderful drivers in Ned Collier Wakefield, who set up the boat and runs the programme, and the fastest sailor on Earth, Paul Larsen, who drove in some incredibly bad conditions.”

Shortly after midday on Monday 05 April, in a bitterly cold strong northerly wind, PowerPlay started their Fastnet record attempt on the Squadron Line at Cowes. PowerPlay made short work of racing to Lands’ End and powered across the Celtic Sea at speeds in excess of 30 knots.

PowerPlay rounded the famous Fastnet Lighthouse and raced through the night. On Tuesday 06 April, at 13:42 and 19 seconds BST, PowerPlay reached the Plymouth Breakwater, where the team celebrated their amazing run of 25 hours, 4 minutes and 18 seconds. 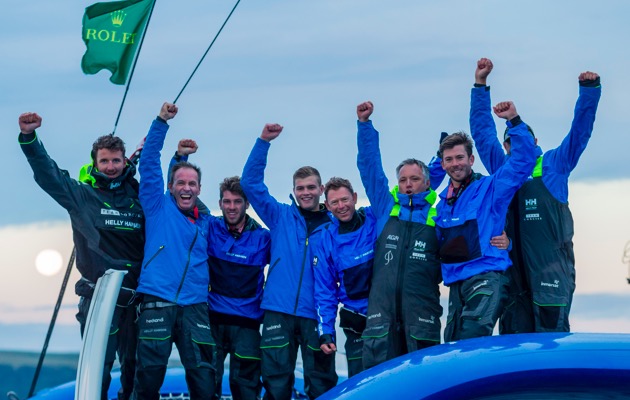 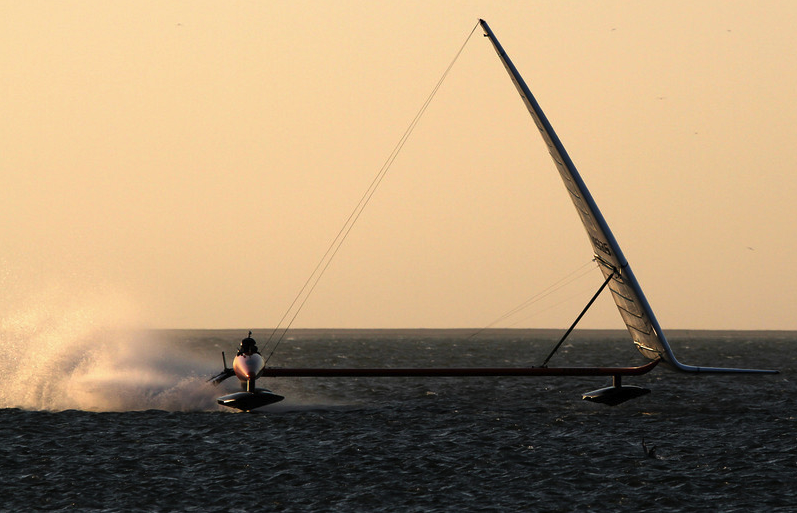 Matthew Sheahan talks to Paul Larsen shortly after he exceeds 65 knots, shattering his own world record

“We didn’t leave much out there, we were pushing really hard and everything aligned,” commented PowerPlay Skipper Ned Collier Wakefield. “I am not going to lie, it was pretty full on, especially in April with an arctic northerly with snow around. With the apparent wind we saw 50 knots over the deck, and we hit a top speed of just under 40 knots. 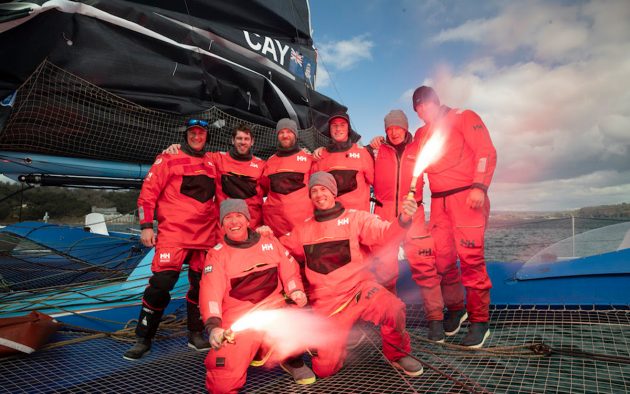 “The lads did a brilliant job, changing sails about every half an hour – It was rough, physical and very cold. As a crew we have done cumulatively over 50 Fastnet Races, we love the course and to do it faster than it has been done before is really cool.”