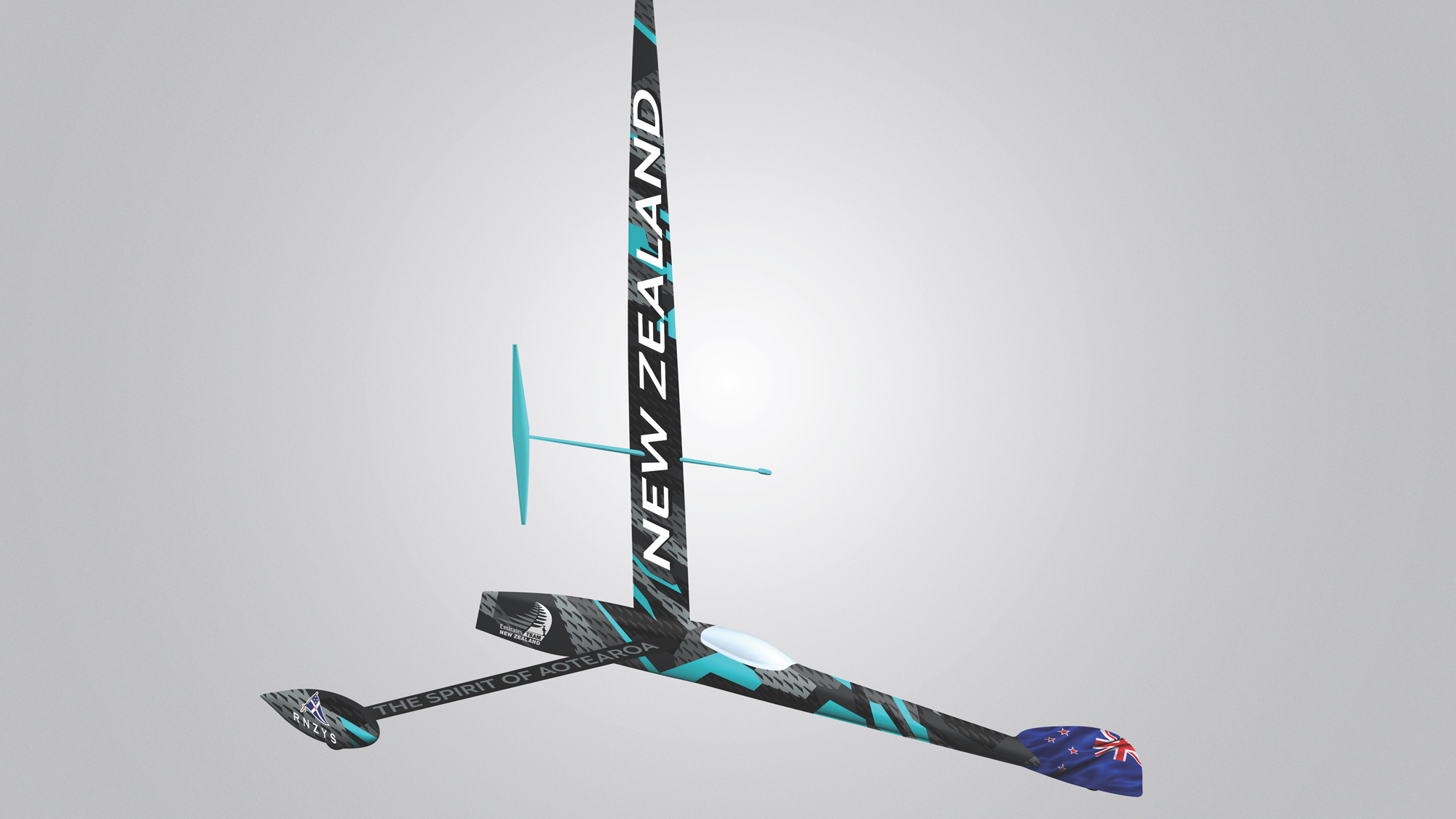 Emirates Team New Zealand are in a bid to set a new windpowered land speed record. Here’s everything we know about their plans so far

Not content with being one of the most successful teams in the history of the America’s Cup – and current holders of the Cup – Emirates Team New Zealand has announced its intention to attempt to set a new wind powered land speed record.

The current wind powered land speed record has stood for an astonishing 13 years, having been set back in 2009 by British innovator Richard Jenkins in his custom built land yacht, Greenbird.

The 2009 wind powered land speed record run was the culmination of a decade of trying to break the record by Jenkins, who had travelled to a series of locations throughout Australia, Britain, and the United States, but struggled to find suitable weather conditions for him to reach maximum speeds. Jenkins eventually found success at Ivanpah Lak, a dry lake bed in the Mojave Desert, California.

His record-setting run to set a new wind powered land speed record saw him record 126.1 mph (202.9 km/h) in the Ecotricity-sponsored solid wing-sailed land yacht, Greenbird – the fifth iteration of the craft that he had built over the many years it took him to break the record. 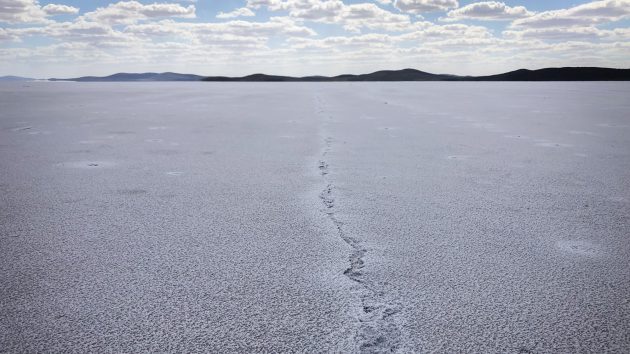 Jenkins’ new record eclipsed the previous benchmark, which American Bob Schumacher set a decade previously, by just shy of 10mph. It also continued a British tradition for speed that dates to the 1920s, when Sir Malcolm Campbell set several records on land and sea.

Greenbird was made entirely of carbon composite materials, and the only metal parts were the bearings for the solid wingsail and the wheels. The enormous power generated by a solid wingsail and a wide wheelbase meant that Greenbird could achieve vehicle speeds up to five times greater than wind speed.

Solid wingsails of a similar type to that used by Greenbird are now familiar to many sailors – even if they remain the preserve of high performance development designs. The solid wing generates lift in the same manner as an aircraft wing and, unlike material sails, does not deform under pressure.

A well built and engineered wingsail is typically vastly more efficient at speed than a soft sail.

It is this incredible efficiency in generating power that has seen wingsails adopted for the America’s Cup. The sail concept was successfully used by BMW Oracle Racing on the giant trimaran in 2010, then also used when the event moved to the high performance AC72 catamarans in 2013. 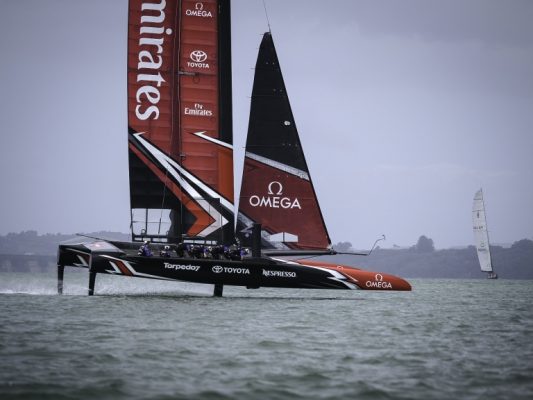 The kiwis have plenty of experience when it comes to solid wings.

Any seasoned fan of America’s Cup racing will know it is – primarily – a design, engineering and technology contest. It attracts the biggest names in the world of sailing and can make stars out of the winners but, as with the world of Formula 1 (a sport many Cup teams have formed significant partnerships with in recent years) the team with the fastest boat (or car) usually comes out on top.

Emirates Team New Zealand have been totally dominant in the last two America’s Cup cycles so it is unsurprising that they have turned their significant engineering, design and computer simulation skills to trying to become the new wind powered land speed record holders.

The plan currently would see the team take a first run at the record in July / August on one of Australia’s vast salt lakes. Lake Gairdner in South Australia or Lake Lefroy in Western Australia are both potential locations.

Any world record needs to be stringently verified and will require officials from the North America Land Speed Association to measure and record the run with a specific set of rules that must be adhered to in order to qualify for the World Record.

Glenn Ashby has been instrumental in Emirates Team New Zealand’s Cup success – both as part of the sailing team on the water and liaising with design and engineering teams to encourage development.

Australian Ashby came into the New Zealand America’s Cup squad as a performance multihull expert. He has won 3 America’s Cups, an Olympic Silver Medal and 17 World Championships in 4 different classes of boat. Away from sailing Ashby also has a past in land yachts and is a keen motorbiker.

He also shares a long-held interest in the land speed record with ETNZ CEO Grant Dalton. In the lull in the Cup sailing cycle after their 36th America’s Cup victory in 2021, the chance presented itself to try and take on the speed record.

“I have never spent so much time on the computer as I have this past year,” says Ashby, who has been working on the project while unable to leave Australia and go to New Zealand due to covid travel restrictions. “Basically, from the point that Dalts said ‘let’s look at it’ after the finish of AC36, we have been all go.

“First job was a two-week in-depth feasibility study to ensure enough of a global understanding that this was something that could be done in a positive way for ETNZ and would not impact the team and its America’s Cup objectives financially or resource wise.” 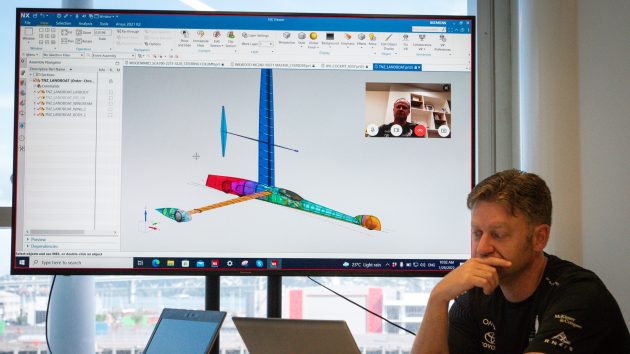 What will the New Zealand land yacht look like?

“In doing our research and digging deeper and deeper into the intricacies of the design challenges, it became very apparent that Richard [Jenkins, builder of Greenbird] really did an incredible job with his world record design.” explains Ashby.

“As a team we explored some pretty creative and innovative conceptual ideas in the quest for more speed, however in the end our design and performance principles evolved into a concept reasonably similar in basic layout to the existing record holder, which really emphasised to us what a huge challenge this will be.”

Wind power will be very familiar to Emirates Team New Zealand, as will the design, technology, complex composites work, aerodynamics, and many other aspects of building a land speed record holder. But what will be a new challenge for the team will be the wheels and tyres, about which they have almost no experience.

The man leading the charge in the area is Mechanical Engineer Tim Meldrum, a mountain biking enthusiast – one of the key designers behind the legendary Cyclors mechanical system that was so integral to the team’s success winning the America’s Cup back for New Zealand in 2017. 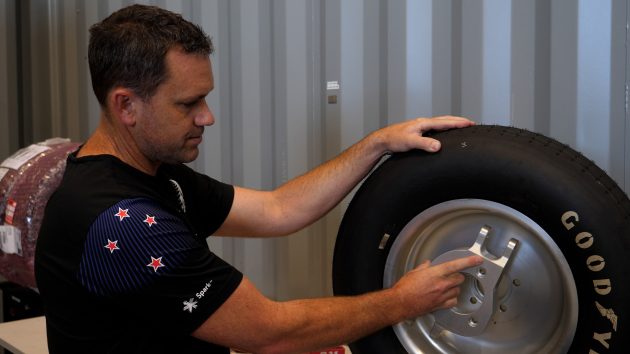 The team will be using a mixture of off-the-shelf wheel and tyre combinations for the outrigger and twin rear wheels, but have custom designed and manufactured their own front wheel in order to get the steering accuracy they need.

With a craft likely to be so similar to Greenbird, it will take everything Team New Zealand knows about marginal gains to beat the current wind powered land speed record. Areas such as machining their own front tyre might just turn out to be the vital advantage they need to set a new record.

“The objective is to design a craft that becomes the fastest wind powered land yacht ever.” said Glenn Ashby.

“And no one would have ever been that fast in a wind powered craft on or off the water. So that’s a pretty bloody exciting thing to try to become.”