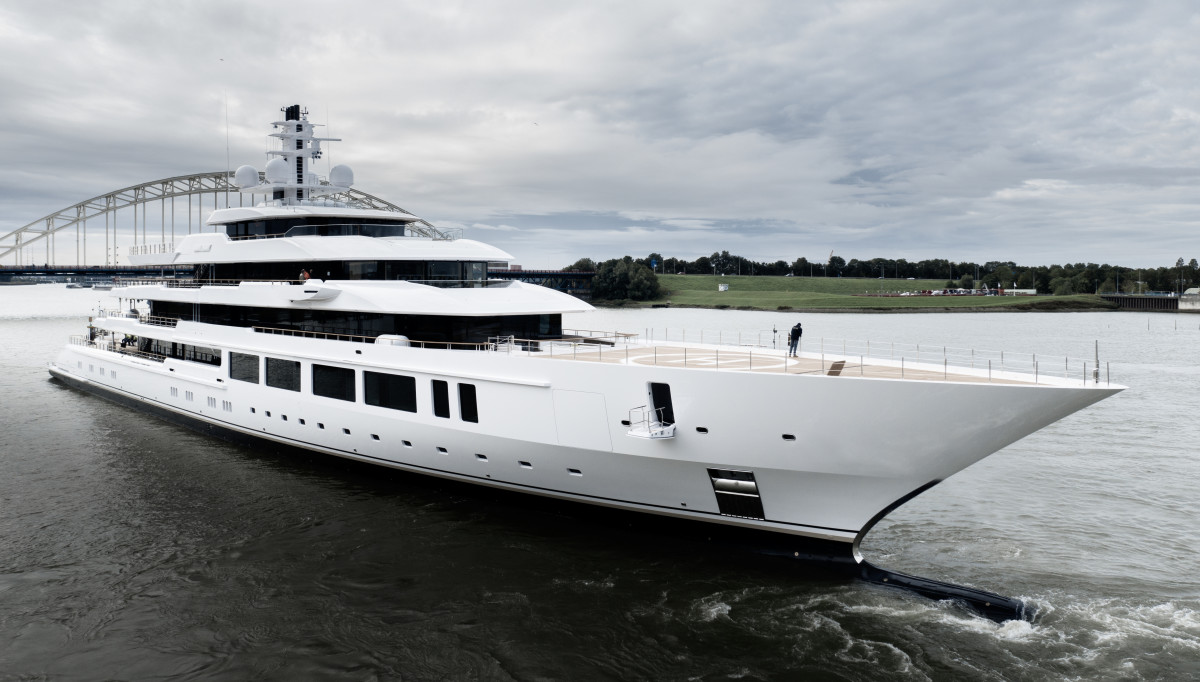 The 127m sailing yacht, believed to be owned by an American tech entrepreneur, is the third sailing yacht ever built at Oceanco. The first was the 86-meter ketch Aquijo, designed by Tripp Design Naval Architects— the largest ketch in the world and launched in 2016. And the second was the 106.7-meter Dynarig Black Pearl that was a collaboration with Dykstra Naval Architects, Nuvolari Lenard, Ken Freivokh and Villate Design, and launched in 2018.

The new 127-meter is known to be a three masted schooner with a bowsprit, and she is not a Dynarig. When delivered this yacht will be the largest true sailing yacht in the world. Nobiskrug’s S/Y A, while larger than this Oceanco, is considered a sail-assisted motoryacht. The 127-meter will soon be transported to Oceanco’s facility for final outfitting.