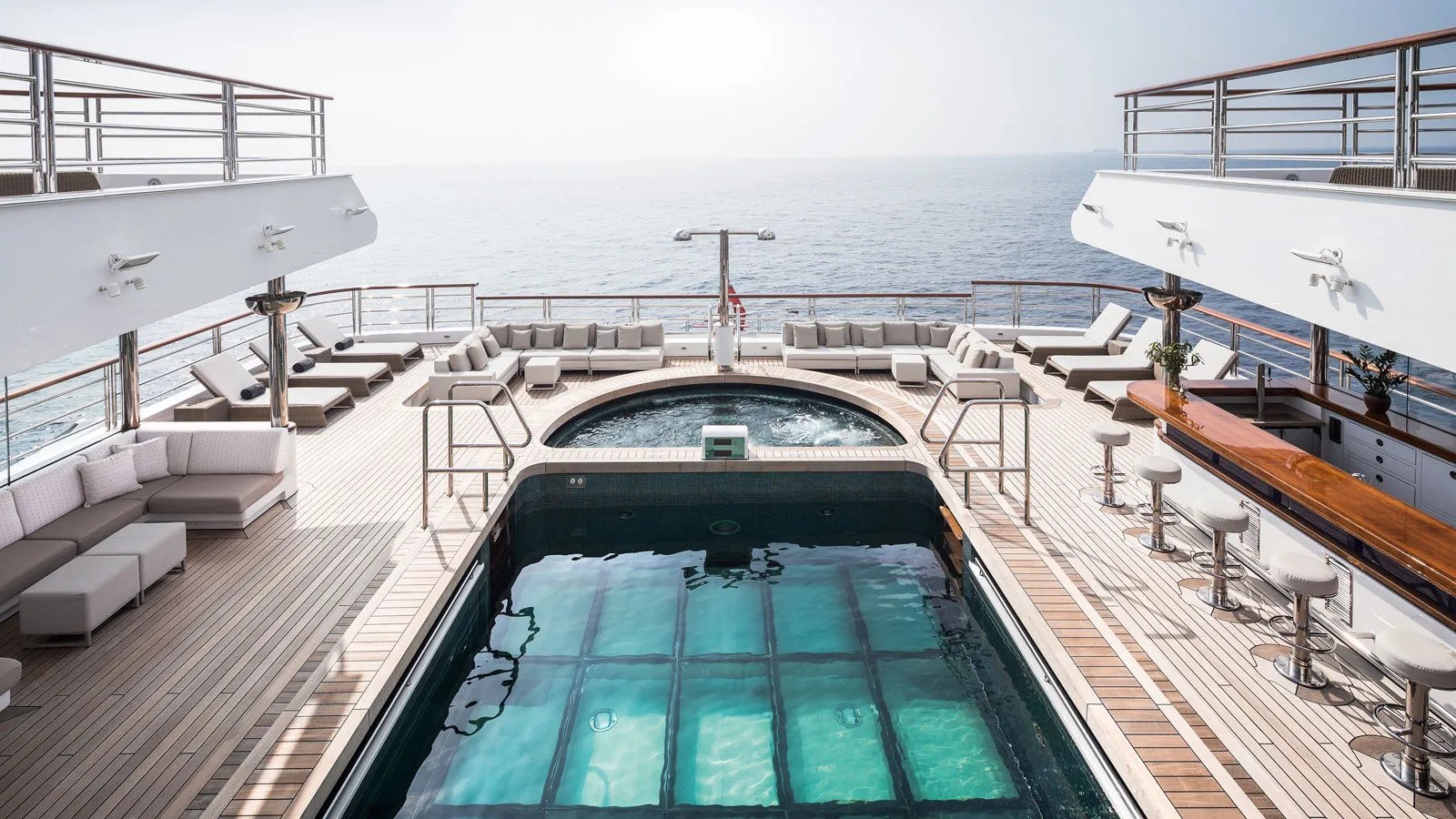 The glass floor underneath the pool can raise up to create a dancefloor. Images: Camper and Nicholsons

The 126-metre explorer megayacht Octopus was sold last year, and has since joined the Camper and Nicholsons charter fleet — the first time the vessel has been made available for charter since its launch in 2003.

Originally built by Lürssen for Microsoft co-founder Paul Allen, the yacht spent some time in the yard last winter before embarking on a two-year round-the-world tour earlier this year.

Following Allen’s death in 2018, Octopus underwent an eight-month refit at Blohm+Voss, and was listed for sale in 2020 for US$320m by central sales agents Fraser and Burgess, and sold in 2021.

Now, a new video by Camper & Nicholsons offers a rare glimpse inside this exclusive vessel.

With exterior design by Espen Øino, Octopus is often referred to as the world’s pinnacle explorer yacht. When launched in 2003, it was the world’s largest yacht, and has been lent out for many scientific research projects and rescue missions over the years. While no longer ranked in even the top 10 globally for size, it retains its crown as the largest explorer yacht in the world. 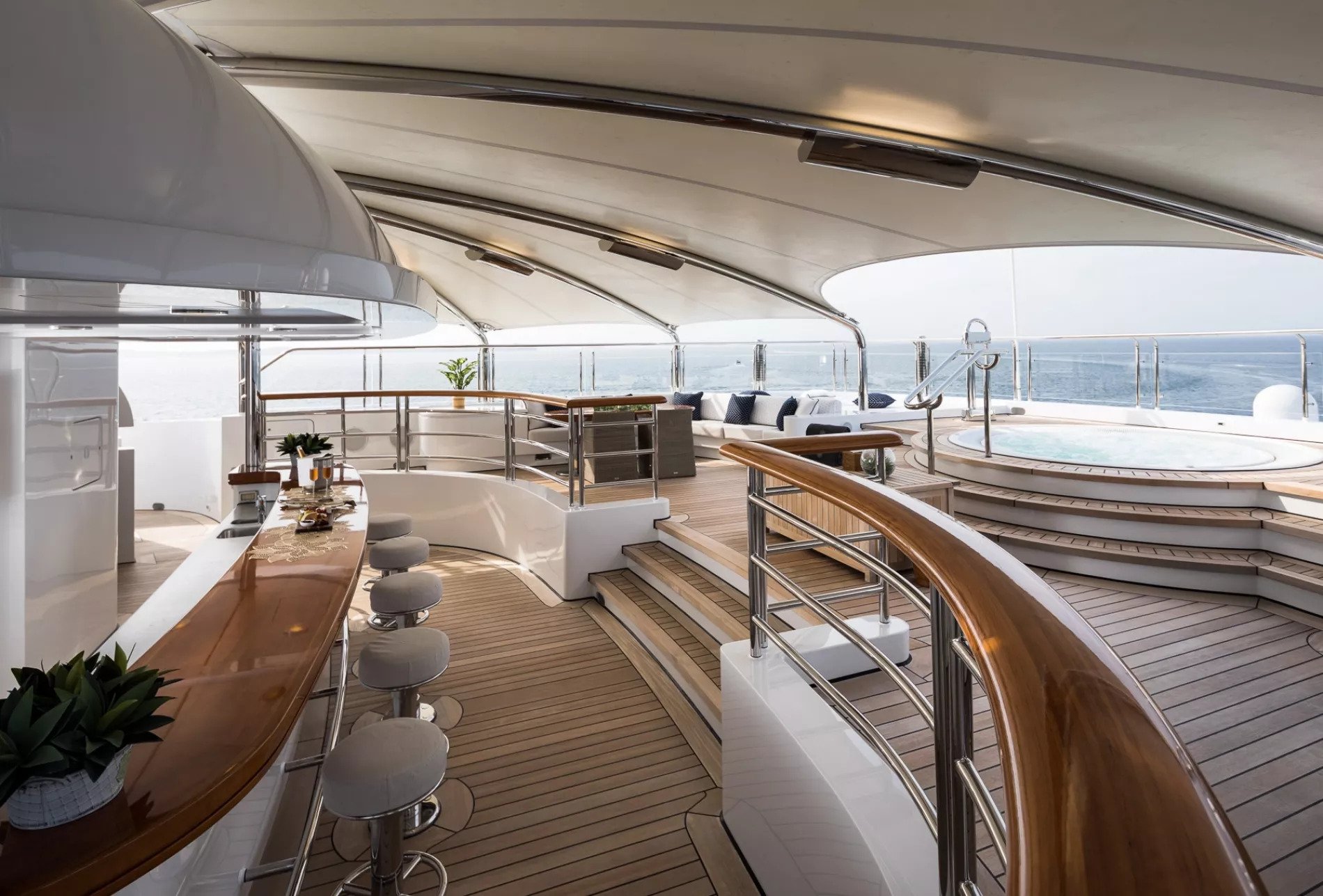 The toys on Octopus alone are worthy of a Hollywood action film: two six-seater helicopters, four jet skis, two RHIBs, two submersibles and seven tenders, including the 19-metre Man of War. The hull includes an integrated dock, which floods when opened, allowing the tender and submersible to float out. There’s also a dive centre along with a hyperbaric chamber, plus a beach club, diving deck and bar on the starboard side. 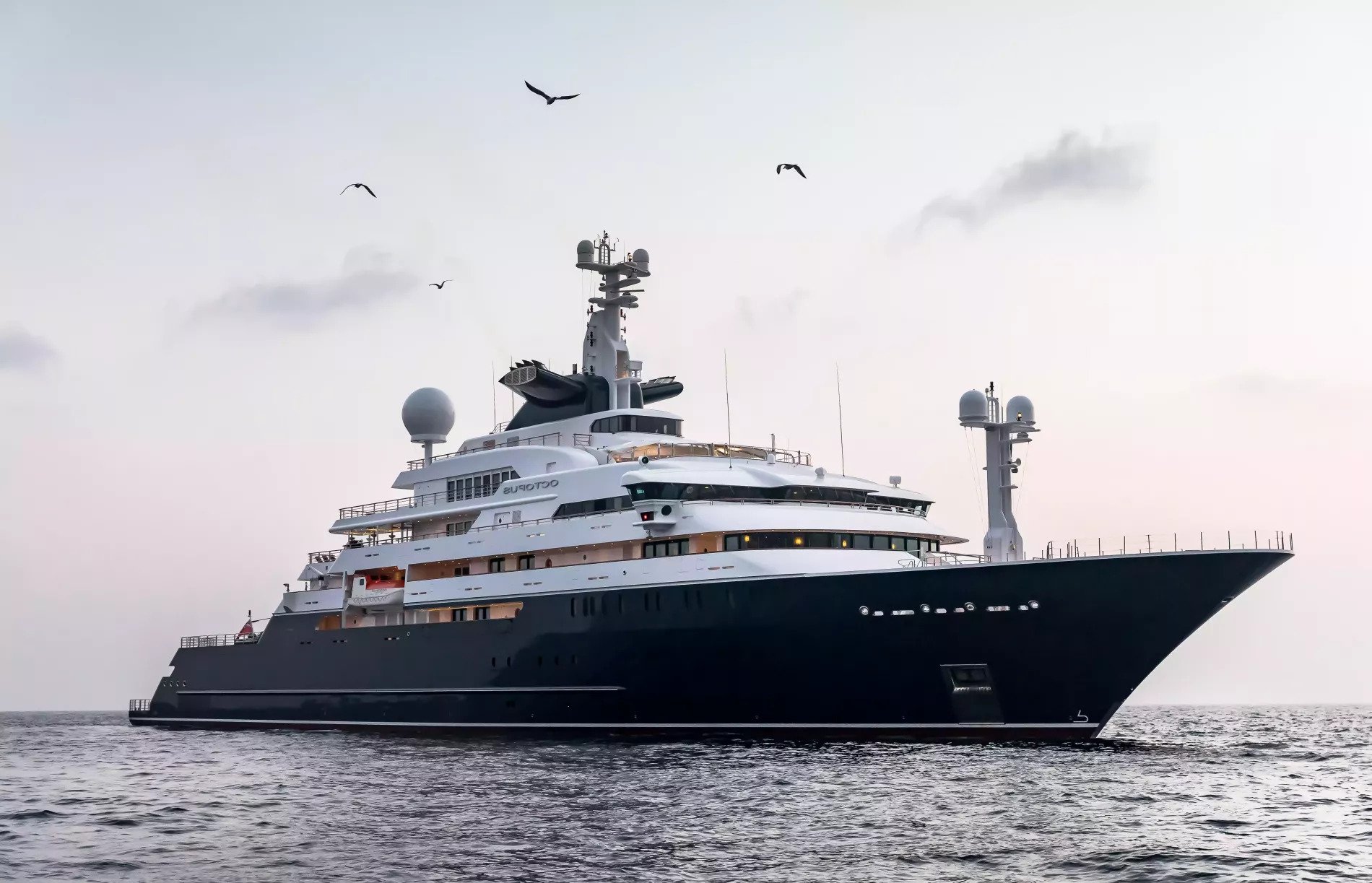 Octopus can accommodate 26 guests in 13 staterooms. The extensive amenities include a large cinema and a recording studio with a specially designed floor to damp out noise and vibration. There is also a private observation lounge, basketball court, heated freshwater pool, gym, and spa with hammam and sauna. 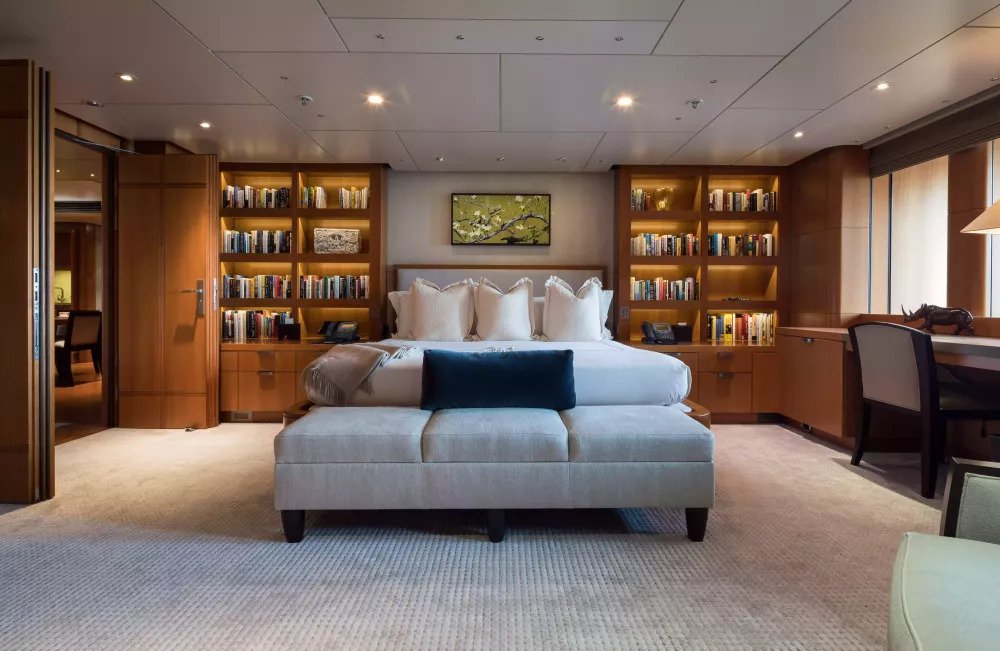 The yacht also employs a permanent staff of 63, and is rumoured to include former Navy Seals as crewmembers. Built to ice-class 1A with a range of 12,500nm, Octopus can reach a max speed of 19 knots, and is equipped to explore some of the world’s most extreme locations.