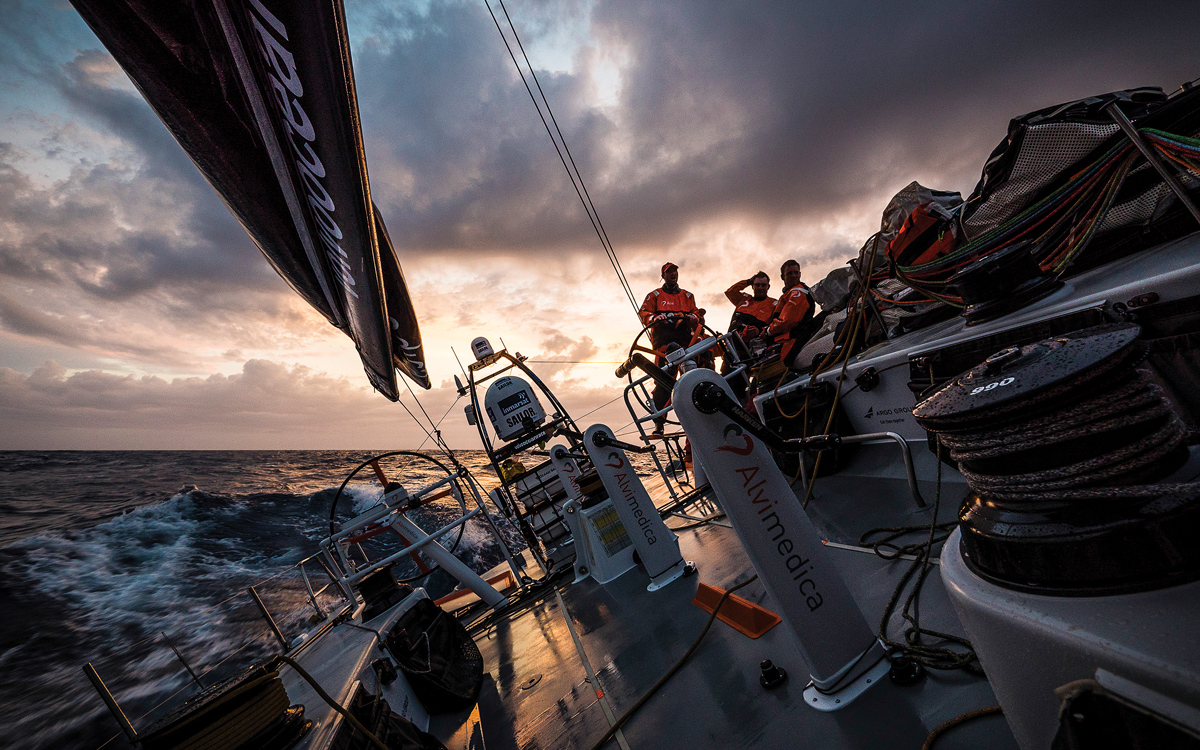 Henry Bomby has raced a lot of miles through the night. He talks to Andy Rice about how to keep your boat speed up after dark

It’s when you find yourself caught out in 50 knots with the big kite up on a single-handed Figaro yacht as you’re trying to get round Cape Finisterre that you appreciate the time you spent getting some night sailing routines sorted. For Henry Bomby, that big night just off La Coruña was much scarier than anything he encountered in the Southern Ocean during the last Volvo Ocean Race.

He’s also charged across the Atlantic aboard a MOD70 trimaran at speeds in excess of 30 knots. All are very different experiences of night sailing, but there are some golden rules that apply across the board, whether you’re on monohull or multihull, solo, double-handed or fully crewed.

Night sailing places a greater demand on your other senses. So you should aim to make the night-time as much like the day as you can: dayglo stripes on the sail and torches to illuminate the telltales and the luff of headsails, for example.

On a fully-crewed boat make sure you’re not impeding other people’s night vision, but if I’m racing solo or double-handed I tend to have a bright light shining permanently on the jib and kite whenever it’s flying.

I keep a man-overboard torch in my pocket and wear a Black Diamond head torch. If you’ve got really bright torches, remember that you don’t need to shine them directly on the sail and blind everyone with the reflection. You can shine just 5% of it on the sail and have the rest of the beam disappear into the night sky. If there’s good moonlight, you may not need the torches at all. 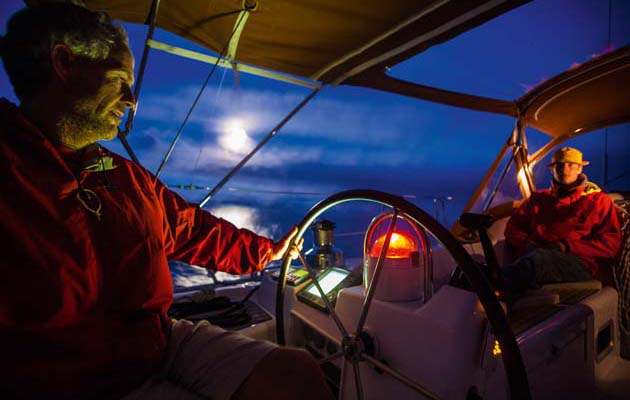 With a full moon and following wind, night sailing can be one of the great pleasures to be had when… 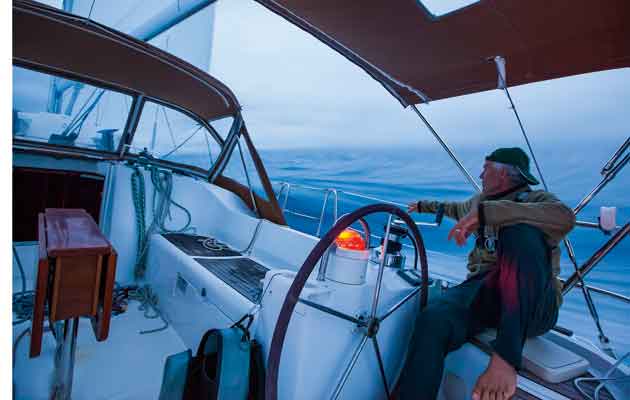 Expert skipper Dan Bower explains how should you plan it, what should you take into account, and what are the…

If you’re doing RORC races in summer, you know you might have five or six hours of darkness, and you’re going to be spending at least a sixth of your racing time in the dark. So you should aim to spend a sixth of your training hours in the dark too.

Almost nobody does this, though, which means there are opportunities for those that make the extra effort to practise in the dark. In a race, boats often drop behind once night falls because they just haven’t orchestrated their manoeuvres in the dark. Don’t be that boat.

Make sure you’ve got good, experienced helms on the wheel for the transition periods between night and day, at sunset in particular. Understanding how the boat performs optimally during the day, and how you might have to adapt the set-up as it gets dark, is a key skill. This is particularly true if you’re sailing a VMG course upwind or downwind where you really see the difference in helming ability, and in being able to keep the boat in the groove. Waves add another dimension of difficulty.

With reduced visibility, a good feel for the boat is vital, but you’ll also need to be more reliant on the instruments. Make a note of the numbers that you’re seeing before the sun goes down, and use them as a guide once darkness falls. At night the instruments really are your friend. It’s a good skill to be able to keep the boat to those numbers.

Remember that at night the collision avoidance rules change. Make sure you’re up to speed on the International Regulations for Preventing Collisions at Sea (IRPCAS). If you’re on a busy race track, the skipper and the navigator should keep the crew on deck well informed of any other boats on a collision course. I’ve had a few occasions in the Figaro where the racing was so close that I’ve called up other competitors on the radio just to warn them of my presence. Better safe than sorry.

People often forget to eat at night, or they stay in the same eating pattern as if they were on shore, having dinner around sunset and not eating or having breakfast until sunrise. Always eat something that’ll give you energy between midnight and 0300, whether it’s a freeze-dried meal, an energy bar, nuts, or something else to help get you through the night.

There’s a bit of bravado about being a rufty-tufty offshore sailor but the more sleep you can get, the better you’ll perform when you’re on watch. If you’re in a really close race and you’ve had less than two hours sleep that’s probably 2-3% off your concentration levels, which might translate to being 1% slower than your rivals. If you’re a key part of the steering team, keep yourself as fresh as possible for those times. 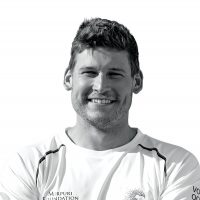 Henry Bomby is fast establishing himself as one of the big names in offshore racing. A four-time competitor on the Solitaire du Figaro, he joined Turn the Tide on Plastic for the last Volvo Ocean Race. Now the 29-year-old has set his sights on the 2024 Olympic Games in the new double-handed offshore keelboat event.

First published in the November 2020 issue of Yachting World.