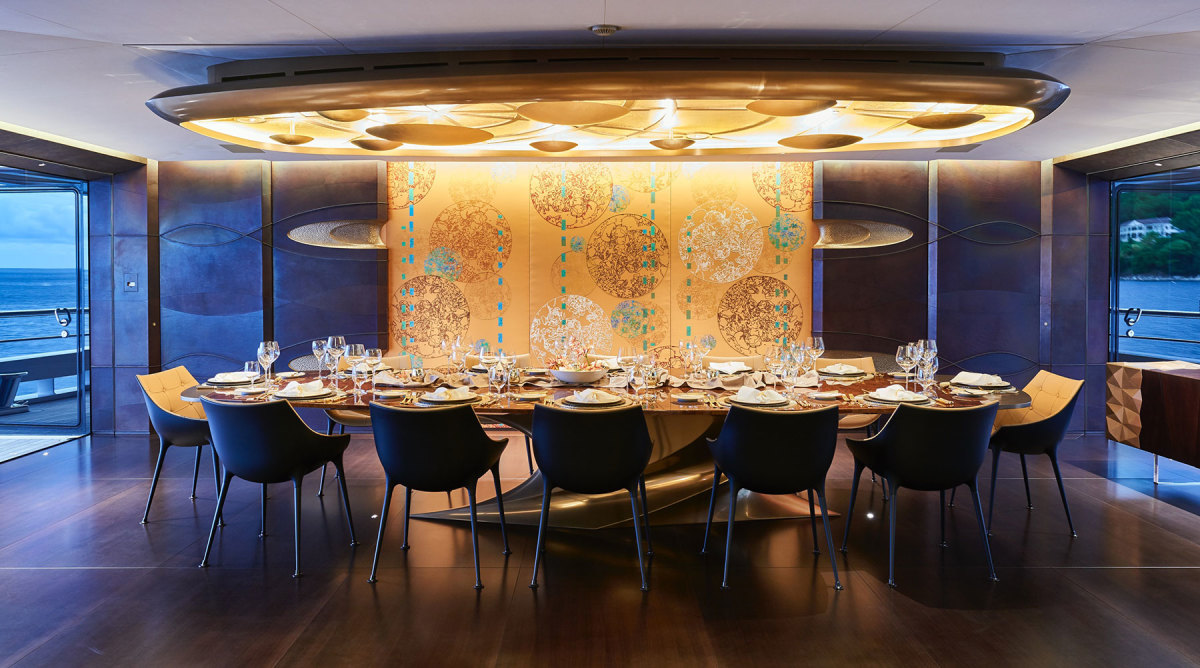 Artefact is a bold piece of floating architecture that dares to be different, inside and out.

There are convincing reasons why the 262-foot (80-meter) Nobiskrug Artefact is one of the most inspirational superyachts of recent years.

Her radical exterior design by Gregory C. Marshall with those “crazy paving” windows is one. Another is her hybrid diesel-electric propulsion system with lithium-ion battery banks and azimuthing thrusters. And then there’s her interior styling by Reymond Langton Design that manages to be sumptuous and discreet at the same time.

“It was very important that the interior design could coexist with the exterior styling,” says Capt. Aaron C. Clark, who served as the owner’s representative during the design and build. “As a liveaboard vessel, Artefact had to have a comfortable feeling inside, and we selected Reymond Langton because it’s a smaller design studio that is very hands-on and involved every step of the way.”

The owner had spent time aboard the 242-foot (74-meter) Nobiskrug Mogambo, another yacht with interior design by Reymond Langton that launched in 2010. His experience led to an invitation for the designers to visit a residential property on the shores of Lake Huron in Canada.

“It was like a beautiful glass box that was totally quiet,” says studio co-founder Pascale Reymond. “I was amazed by how much you could see, but how cozy it felt. And that really was the brief for the yacht in the end: an interior that provided incredible vistas where you could still feel cozy and cocooned in your own space. It’s easy to design a glass box, but to make it comfortable is more difficult.”

Acoustic comfort was a priority for the owner, but with so much sole-to-ceiling glass—more than 8,000 square feet (743 square meters) of it—as well as hardwood soles throughout the yacht, keeping the sound down was a creative and technical challenge. Together with the owner’s team, the designers came up with the idea of cladding the walls and ceilings with wooden ribs and 3D-milled panels covered in perforated leather.

Austrian outfitting firm List GC created a substrate comprising a baseboard, acoustic foam and acoustic fleece for the wall and ceiling panels, which were then individually adjusted to fine-tune their sound-damping properties. At 15 knots, the sound level in the owner’s suite is 34 decibels, the equivalent of a hushed library (the guest accommodations are located amidships, where the vertical accelerations are lowest).

List also collaborated with custom furniture-maker Silverlining in the U.K. to make sure the metalized scallops and wave-type stitching in the sculpted leather wall panels lined up perfectly. The final effect is more like furniture upholstery than wall cladding.

Silverlining also produced bespoke furniture items based on visuals that Reymond Langton provided. Collectively, the furniture took thousands of work-hours to create, using a mix of handcraftsmanship and technology. The “cosmic” credenza in the main salon, for instance, is made of book-matched American burl walnut and macassar ebony. The compass pattern is laser-etched and filled with metallic gold resin, while the planetary rings are black mother-of-pearl.

The dining table relies on the same artisanal techniques. The wood surface is varnished and polished, and then the pattern is etched into the lacquer and filled with metallized resin. This time, gold leaf marquetry was added, with textured bronzed caps at each end of the table. At nearly 15 feet in length, the top is supported on a steel framework sheathed in fiberglass. The cantilevered effect that Reymond Langton was looking for required complex engineering, which led to the steel structure being built twice.

“These key pieces can be challenging because they‘ve not been done before, and we often find we’re learning on the job,” says Jim Birch, Silverlining’s head of design. “The first time we installed the table on board, there was too much flexing of the tabletop, so we went away and modified the steel base, and the problem was solved.”

A games table made of rippled sycamore with metallized gold resin inlaid into the fissures is the last piece by Silverlining. Although smaller in scale than the credenza and dining table, it required just as much thought for the fractal design and central leaf with a baize underside for playing cards that can be replaced with a chess or backgammon board.

Reymond describes the general style as “contemporary Asian.” Eastern influence is most evident in the silk wall tapestries—made by hand with a needle and thread rather than woven—that decorate the walls of the dining room, master stateroom and guest staterooms, and in the calming, Zen-like ambience that pervades the interior spaces.

The owner’s bathroom is another focal point. Clad in gray-veined white marble with a panoramic view from a full-height wall of glass, it includes a washbasin whose shape mirrors the exterior styling, and a backlit wall feature of blue agate created by embedding thin slices of the colorful crystals in transparent resin.

Instead of starting with a given hull length and filling it, Clark approached the project by first deciding what had to go into the yacht, and then determining how big the yacht should be. Before cutting metal, the team rented a warehouse and built a full-size plywood mock-up of the entire owner’s deck and other key areas such as the beach club, salon, galley and wheelhouse.

“We thought about using virtual reality, which is cool but not the same as being able to walk through a physical space,” Clark says. “The owner came in and asked for some modifications, the carpenters got to work to make the alterations, and a couple of days later, it was ready for another walk-through. Nothing in the layout has changed since then because we know it all fits.”

The name Artefact derives from Latin to describe something of historical or cultural interest made by human hands. From the outside, the yacht is clearly a unique piece of floating architecture. Less obvious is how the boldness of spirit transferred to the interior design.

“The idea was to create one product, one home, which works inside and out,” Reymond says. “At one point, the owner suggested making the asymmetric windows square or rectangular on the inside. I said, ‘Certainly not! We have to use them as a springboard for ideas.’”

Artefact is different in another way. Resale value is a powerful motivator for most owners, which is why they tend to avoid daring design statements. Future-proofing an expensive asset makes perfect sense, of course, but Clark advised the owner to take a long-term approach and focus on the emotional as well as the financial investment.

“A lot of people forget we’re here for memories,” he says. “So, if you have a yacht for 20 years, imagine the memories with friends and family you can get from that. It’s an investment over time and a connection to your enjoyment of life.” 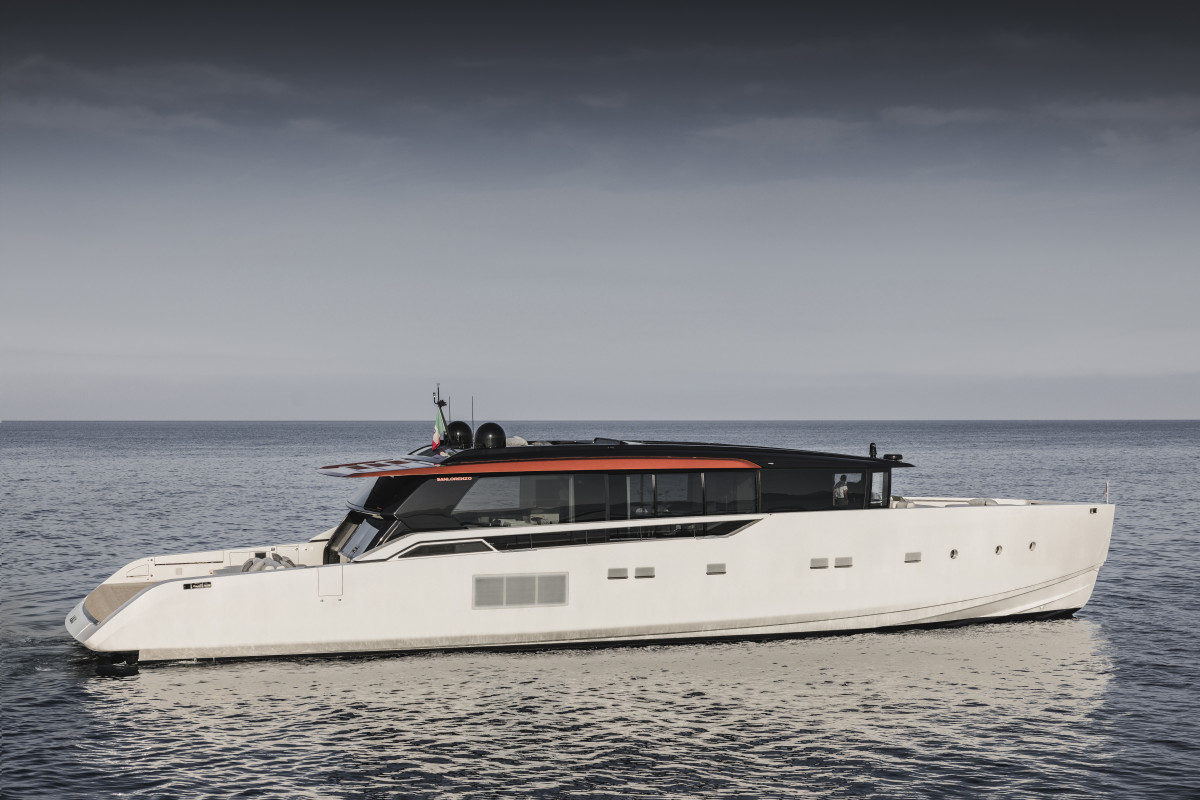 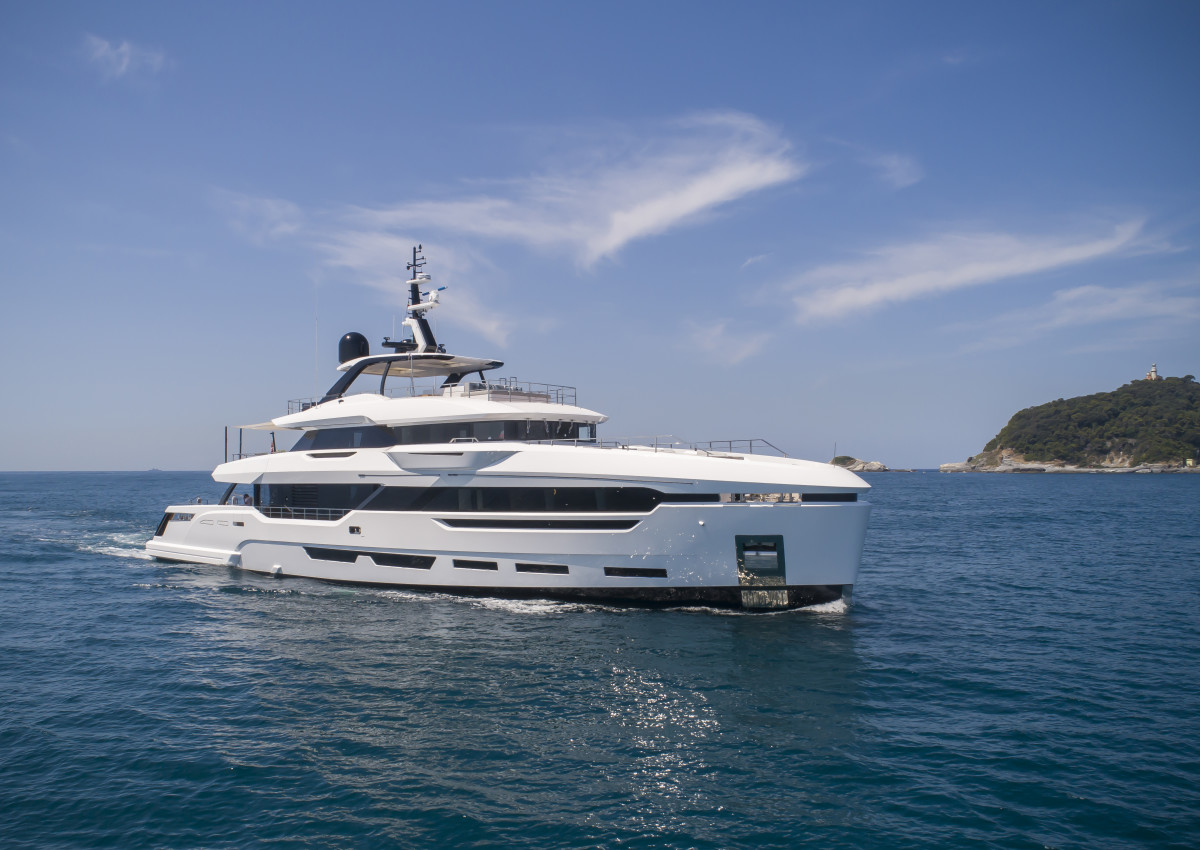 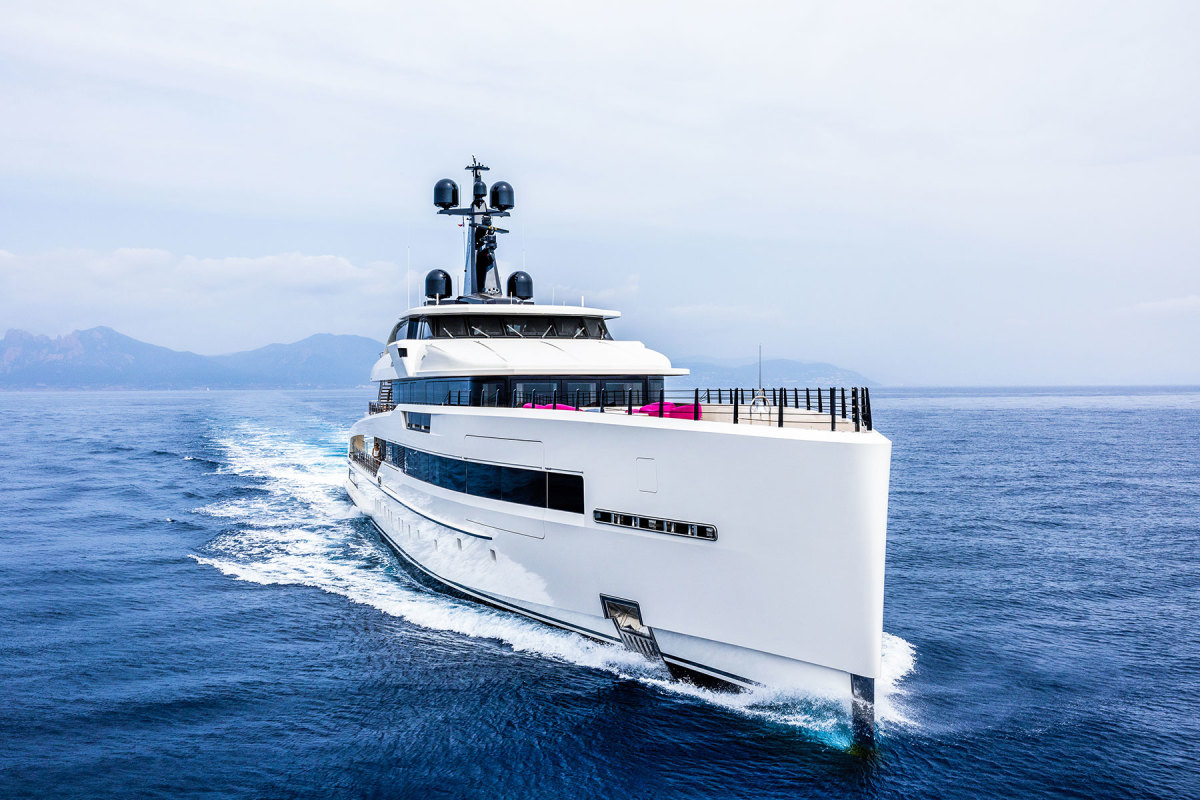