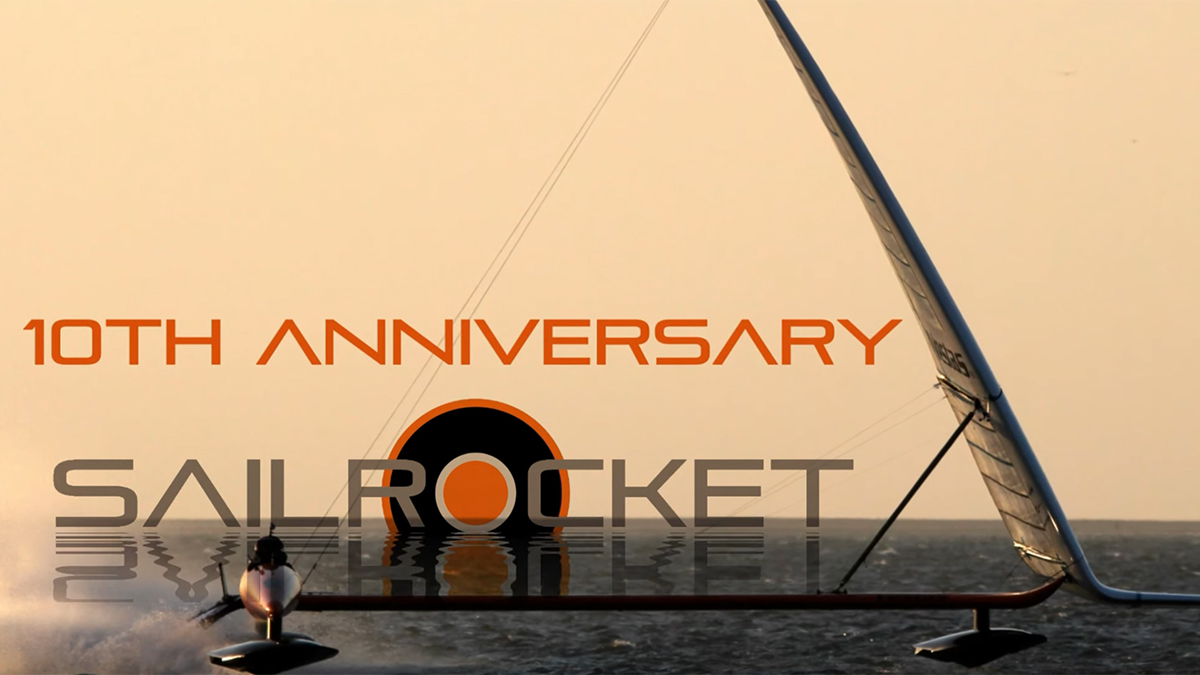 Paul Larsen’s SailRocket 2, which set the 65.45 knot speed sailing record 10 years ago, is to sail again at Weymouth this month

Paul Larsen, who has held the outright speed sailing record for 10 years, has dusted off the record-breaking craft SailRocket 2 and plans to sail again out of Weymouth later this month.

Larsen set the extraordinary speed record of 65.45 knots average over the 500 metre course in Walvis Bay, Namibia in November 2012. The achievement not only obliterated the existing record, but set a target that no other speed record challenger has neared since (though there are several ambitious new challenges in development hoping to nudge the bar close to an incredible 80 knots!).

SailRocket 2 was built in East Cowes but launched in Namibia. It last sailed on 24 November 2012 when, on the third run of the day in 27 knot winds, Larsen piloted SailRocket 2 to her record run, averaging 65.45 knots and hitting a phenomenal top speed of 68.33 knots (78.6 mph). 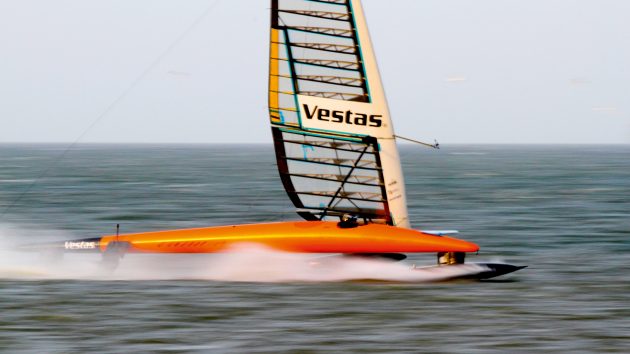 Since then the asymmetric wingsailed speed vessel has been stored in a 40ft container in  Weymouth. However, Larsen has dusted it off, re-rigged it, and will be attending Weymouth Speed Week which runs from 15-21 October 2022 at Weymouth and Portland National Sailing Centre.

Larsen explained: “It’s been 50 years since the first Weymouth Speed Week was conducted here, that was 1972 and really marked the start of speed sailing. That’s when they said, alright, let’s have an event and start timing all these boats and just how fast people really are.

“Those events in the early Speed Weeks went on to inspire lots of people, certainly myself included.”

“It just seemed right on this 50th anniversary of Speed Week to get the boat out of her 40ft shipping container, set her up and just see. Try to sail this boat – just once – down this speed sailing strip over here.”

Given SailRocket’s unique speeds and manoeuvrability issues, it’s not a given that it will be able to launch in busy Portland Harbour – and it’s certainly unlikely to be hitting any top speeds – as the boat requires very specific conditions. However, Larsen is keen to have the boat ready to sail and on standby to launch if conditions suit from 15-17 October. It will also give sailing fans the opportunity to see the ground-breaking vessel – a true piece of sailing history – for themselves.

“We’re doing everything we can to be ready, so that if the stars do align we can do that right down the course. Even if not, then we’re going to have the boat set up on the apron in front of the National Sailing Centre and we’re going to be here talking to be people, showing the boat, and reminding a whole new generation of people what the boat’s all about and what speed sailing is all about.”

“We’ll give it our best shot.”