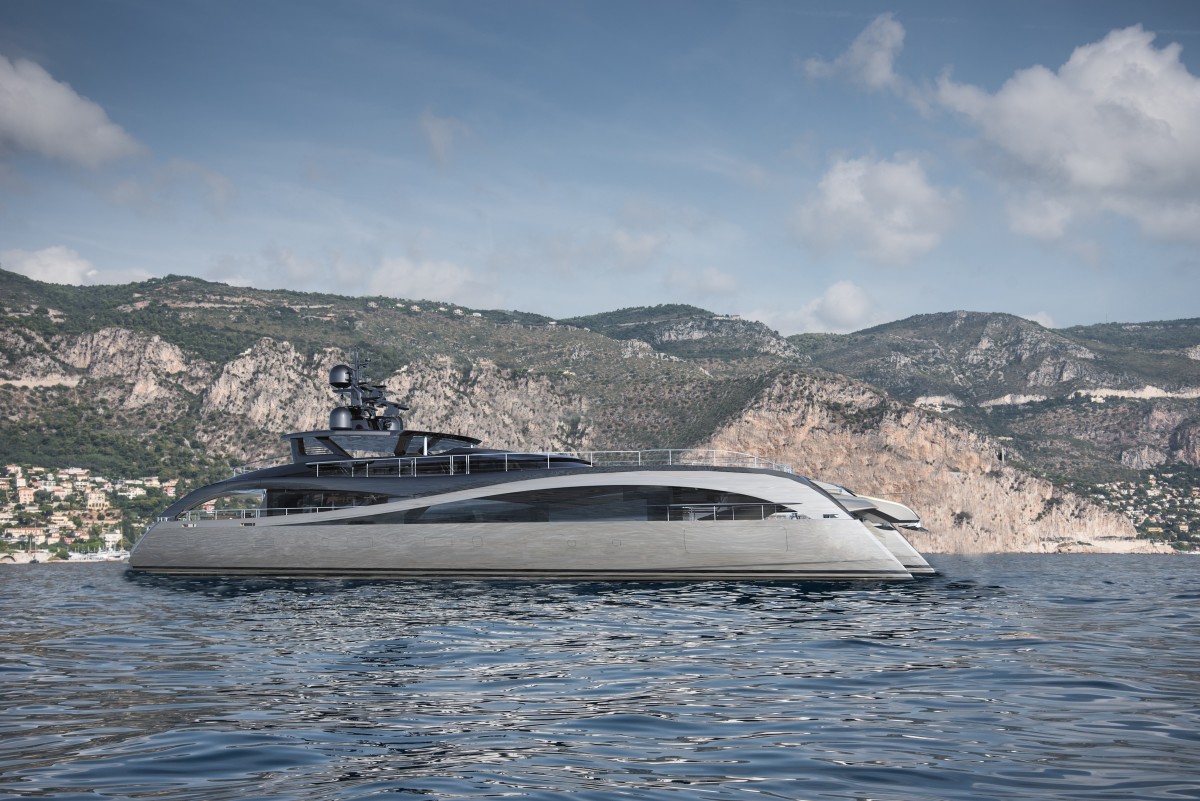 An increasing number of large-yacht builders are delivering or researching alternatives to straight diesel propulsion. The most common scheme today are hybrids that comprise diesel main engines with generators or batteries that can provide slow-speed maneuvering power in ports or primary power for short hops. Clean, full-time, non-diesel propulsion is rising in the small-boat world, but has been elusive on superyachts.

Italy’s Rossinavi, never shy about innovating, has developed a concept with designer Fulvio de Simoni that could change the game: a solar-charged, battery-powered super-catamaran called the Sea Cat 40 (42.75 meters/140 feet).

“With this catamaran, we created very big steps,” says Rossinavi COO Federico Rossi. “For this reason, it represents a new generation boat.”

According to Rossi, the Sea Cat takes its inspiration from phytoplankton, a species of marine algae that converts sunlight into energy. When disturbed at night, phytoplankton glows, a phenomenon often seen in the surf by beachgoers and by those aboard moving boats.

The Sea Cat draws its power from 135 square meters (1,453 square feet) of solar panels. With AI assisting in battery management, the yacht is capable of traveling 3,850 nautical miles enabling the yacht to cross the Atlantic at 8 knots on mostly electric power (80 percent full electric and 20 percent diesel electric). Day-to-day cruising can be 100 percent electric. The boat can even supply power to a villa when docked alongside, according to Rossi. The electric power scheme allows quiet running and minimal use of fossil fuels.

Rossinavi, which has deep roots in monohulls, chose the catamaran configuration for a number of reasons. Catamaran hulls generally are lighter and more efficient than monohulls, requiring less energy to move them through the water, and the catamaran’s wide beam allows more surface area for solar panels.

The idea for the Sea Cat sprang, in part, from Rossi’s own thoughts about sustainability. He says he’s not a green “fanatic”—he drives a diesel car and flies, but “I’m convinced we need to take responsibility for our climate.”

He’s also observed the surge in interest in electric vehicles and a younger generation of yacht buyer that is more interested in environmental responsibility.

A client signed a contract on the Sea Cat shortly after Rossi presented the idea to him. The boat is under construction and will be delivered in summer of 2024. He says that even if the idea doesn’t take hold in its current form, the technology the company has developed for it could be incorporated into future monohulls.

“We can create completely clean energy from nothing,” Rossi says. “It’s important to create for today a product that is greener.” 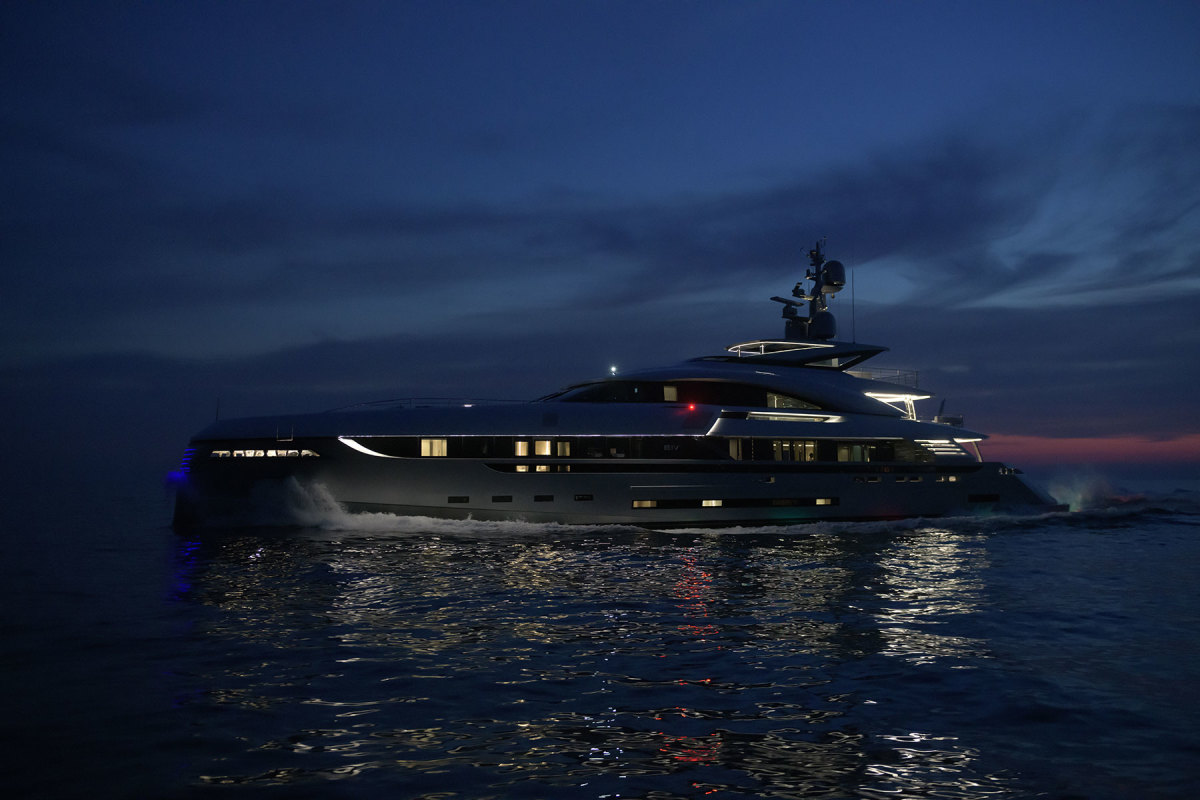