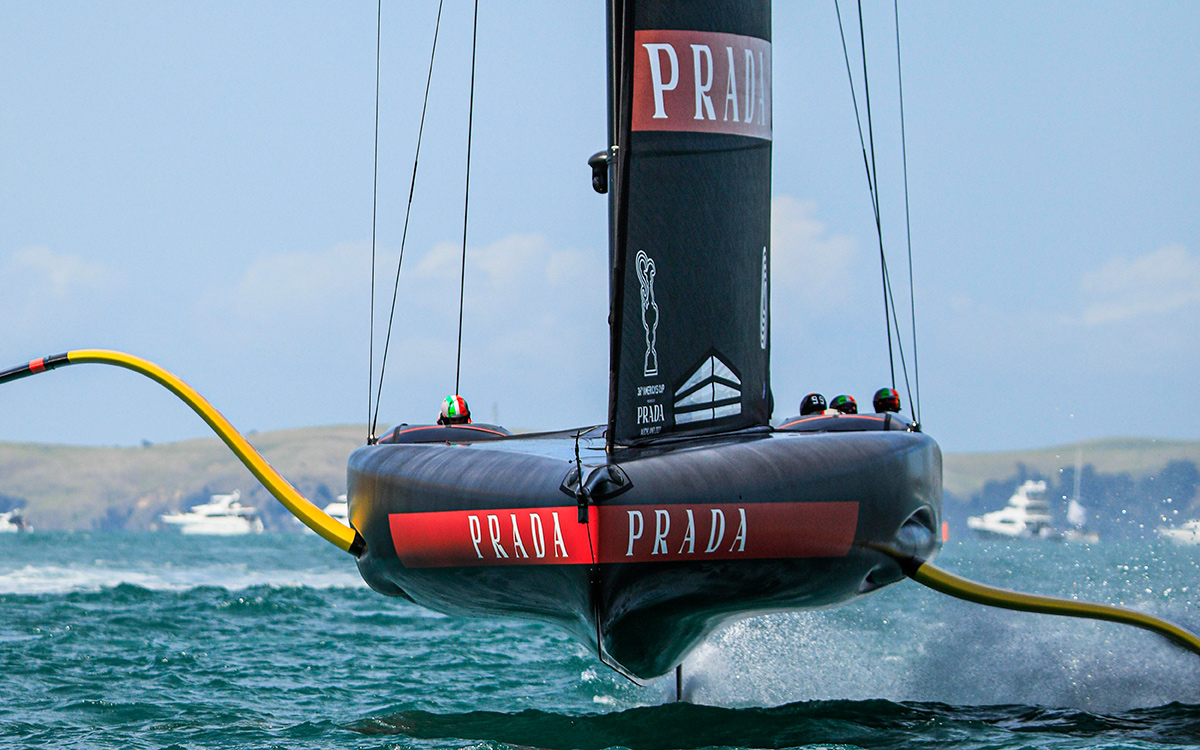 A strong boat, and an impressive sailing performance saw Luna Rossa Prada Pirelli beat INEOS Team UK by 7 victories to one in the Prada Cup final. The Italians will now go on to the America’s Cup itself.

Luna Rossa Prada Pirelli have earned the right to race Emirates Team New Zealand for the America’s Cup as they sailed through the Prada Cup Final to win seven races to INEOS Team UK’s single victory.

In winds of around 10 knots, it was always going to be a challenge for the Brits who have consistently struggled in the lighter end of the wind spectrum. Once again today, Luna Rossa proved themselves to be an impressive outfit, and sailed a controlled day to take both victories, the first by 1 minute 45 seconds, the next by 56 seconds.

With a slower boat, particularly in manoeuvres, the best the British team, helmed by Sir Ben Ainslie, could hope for was to win the starts and try to force their competition to sail around them.

To give the Brits their due, on paper you would say their starts today were the better of the two teams. In the first they got off the line slightly bow-forward of the Italians and to leeward, but Luna Rossa managed to live in that tough spot for long enough that when the two teams tacked on the port boundary, they ended bow forward and marginally to leeward of the Brits and managed to squeeze into a strong leebow position, ultimately forcing the Brits to tack away. 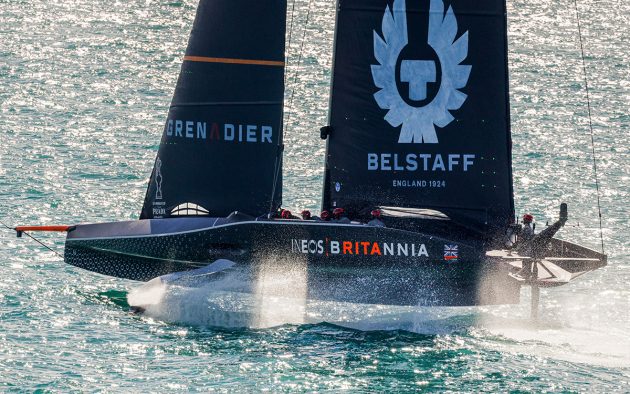 It is the last time we will see the British boat in this competition. Photo: COR 36 / Studio Borlenghi

From that point forward it was very much a repeat of the first race we saw yesterday, as Luna Rossa sailed away and never looked troubled by the British outfit. “The breeze is pretty light and it is that balance between making something happen and not. As we’ve seen an even start is not going to cut it,” said Ainslie of the situation.

The Brits looked keen to make something happen in the second start of the day but it was a messy old affair. Ainslie very nearly allowed Luna Rossa to get underneath them and hook them approaching the startline but just about managed to save it. However, both boats looked to be early coming back toward the pin end of the line, and the Brits ultimately had to tack onto port across the Italians’ bow to keep themselves behind the line at the start.

It was a close moment, and though the Brits were not penalised for impeding the starboard tack Luna Rossa, it could have gone either way. For their part Luna Rossa’s timing was slightly off and they conceded a penalty for being over the line at the start.

At the first time of crossing, the Brits on starboard led the Italians, but not by enough to put a covering tack on them. At the next cross the positions had reversed. The single first cross moment was the only time we saw the British team lead a race all day. The 170 year losing streak continues for Britain who have still never won the trophy for which they first competed in 1851.

All the racing we have seen so far has really only been a warm up, a prelude to the main event, the America’s Cup itself. 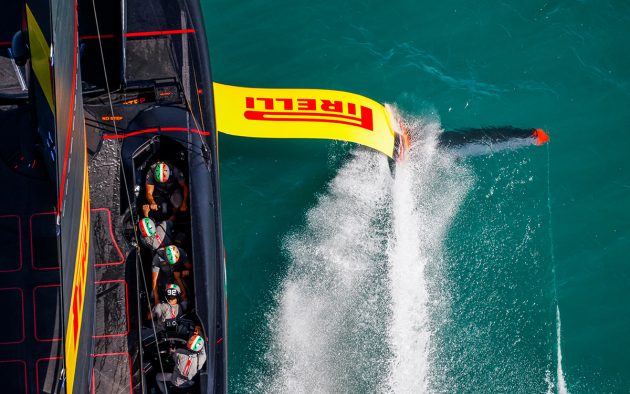 Luna Rossa Prada Pirelli will now face Emirates Team New Zealand from 6th to 15th March. This is the big one, the event for which all teams have been training for the last 4 years. Simply racing in the event puts you in an exclusive club, one which the Luna Rossa team are already in, having won the challenger selection series way back in 2000 on their first attempt at the America’s Cup.

But Italy has never won the cup itself and the Italian team will be hoping now is the time that elusive dream comes true. They certainly look strong and have been totally dominant in the Prada Cup Final, but they will come up against a sailing team in Emirates Team New Zealand who are intelligent, skilled and almost certainly very fast.

The last part of that statement is the challenge for all teams competing for the America’s Cup. As Defender, the kiwis have been able to sit back and observe their potential competition. They have not raced any one of them, but they will have a great deal of data from the racing that has taken place to date with which to compare their performance. 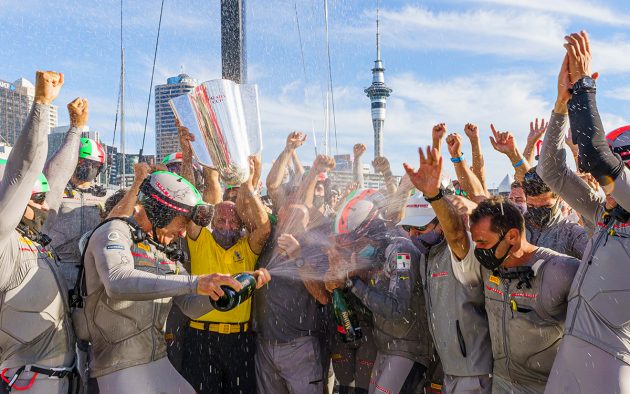 For the Italians, and for the fans, just what sort of performance the New Zealanders have in the bag is anyone’s guess. But that speculation is for another day. For now, Italy can celebrate becoming the official challenger for the Cup. They sailed incredibly well in a boat which looks impressively quick. To quote Luna Rossa co-helmsman Francesco Bruni: “Fantastic, bellissimo.”