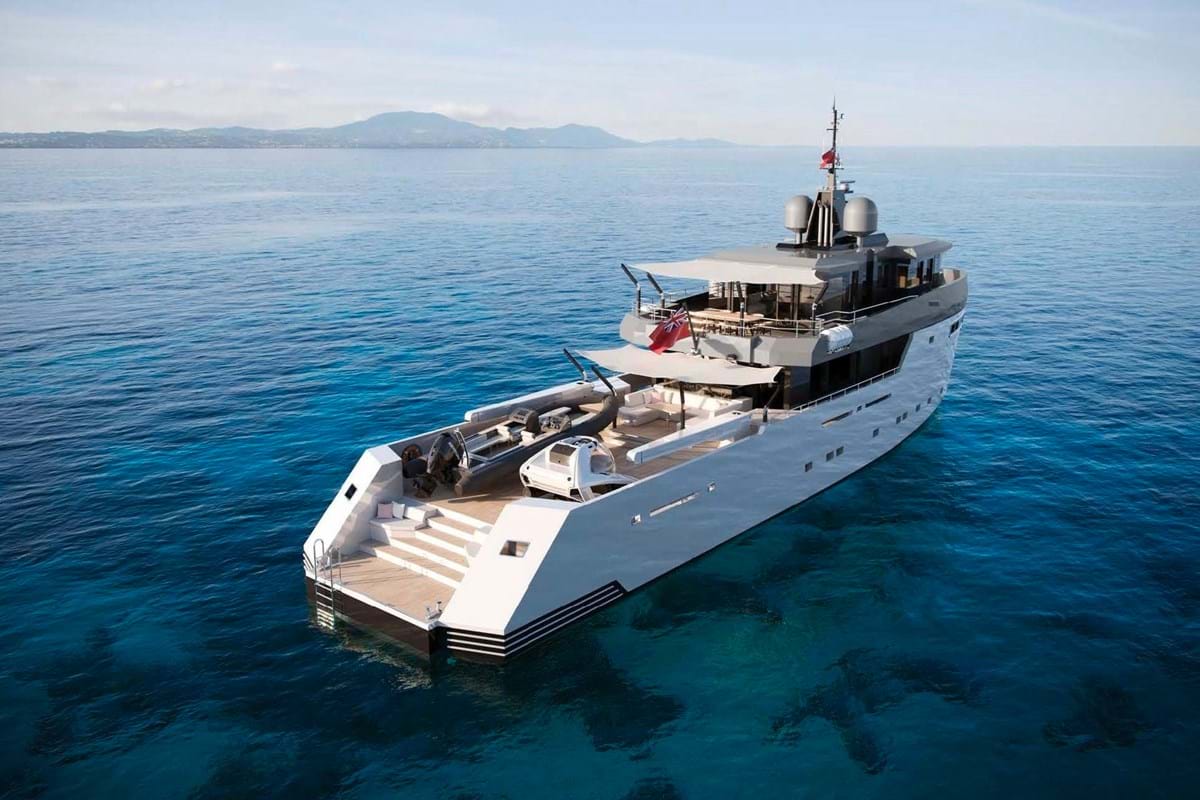 Currently in build at the renowned Pendennis shipyard in Falmouth, UK, Project Fox is a 114ft/ 34.9m explorer yacht with an interior designed by Q London. Her steel hull and aluminum superstructure are constructed to RINA commercial classification. She celebrates the very best of British design and engineering. Project Fox is for sale, so she presents an opportunity to jump the congested build queues. She is schedule for launch in the spring of 2023.

Project Fox is named after one of Falmouth’s most famous sons: Robert Were Fox the Younger. He was a 19th century scientist who enabled exploration by inventing a compass that measured magnetic dip at sea in high latitudes, a compass that ultimately guided the expedition that discovered the South Pole. The associations between Fox, Falmouth and exploration are ones that resonate strongly in one of the very few genuine explorer yachts of this size.

The vessel’s exterior design is muscular and practical, almost military, in appearance, and her beach-house style interior is bright and modern with an emphasis on comfort, versatility and safety. Key to her design is the 1,114sqft /103.5sqm main deck aft, which enables her to carry a huge range of equipment, from water toys and two 24.6ft /7.5m tenders to amphibious vehicles and submersibles, launched by two 2.5T SWL deck cranes – carrying capacity usually unheard of in a yacht of this size.

With the toys launched, the main deck aft has endless possibilities for relaxation and entertainment. The space includes a DJ station, open-air dining and bar with optional shade from awnings. A glass-walled family room or media sky lounge, with a wine cellar in the lobby, opens onto a 495sqft /46sqm terrace with BBQ and open-air dining, as well as walkaround side decks that lead to lounge seating forward of the bridge.

The yacht can accommodate eight guests in four suites. She has two owner’s suites, both full beam and en suite. One is forward on the main deck and the second is aft on the lower deck, where there are also two twin guest suites.

Twin Caterpillar C18 ACERT engines give her a top speed of 15 knots, a cruising speed of 12 knots and a maximum range of 3,600nm. CMC Marine stabilizers ensure guest comfort underway and at anchor.